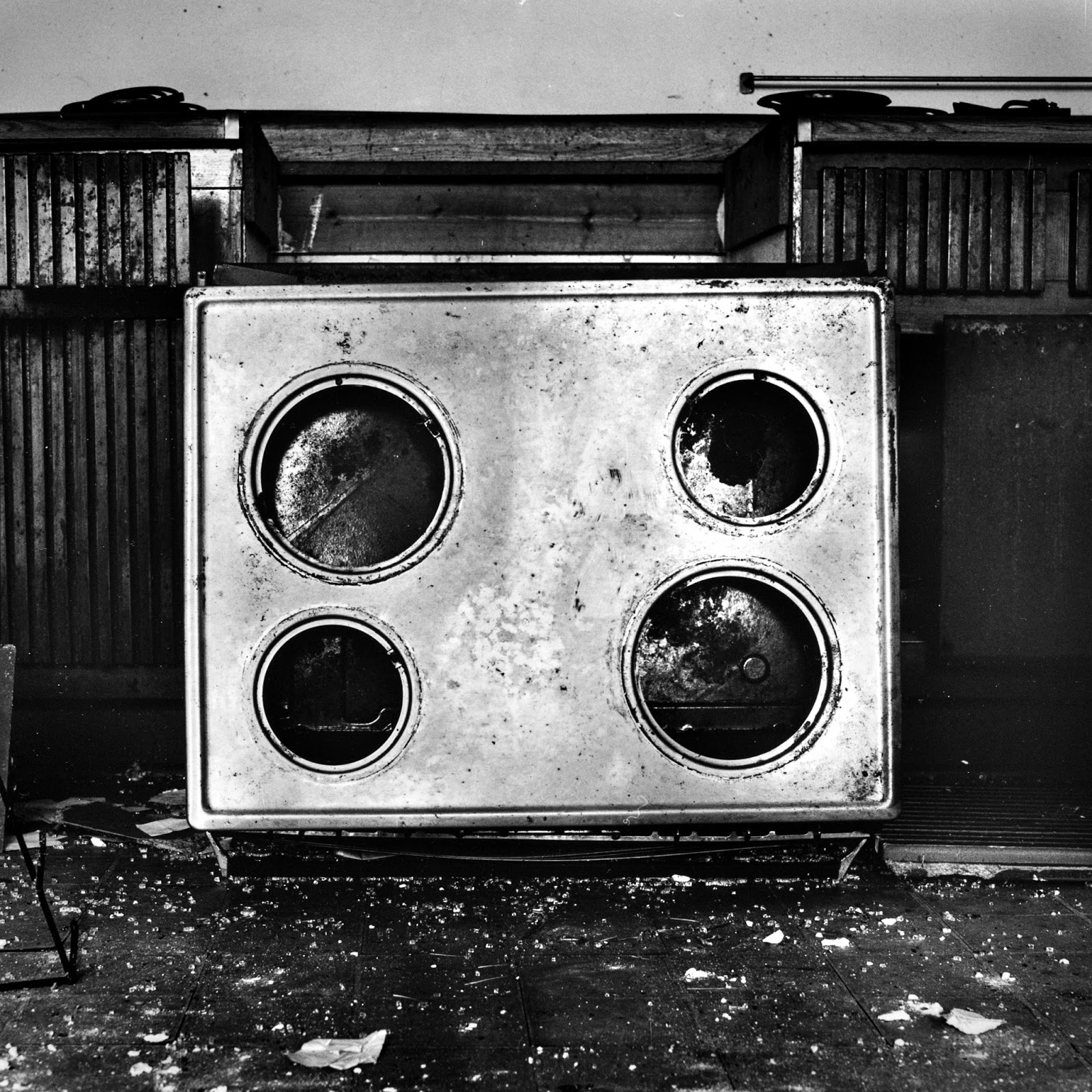 While in the Waukegan, IL area, I found an abandoned house. The inside was set up like a studio, with a workshop area in the back, and a living space in the front. This stove was obviously in the kitchen. I thought the strong geometric shapes of the stove and tabletop made for an interesting abstract composition. I used my Mamiya C330 with an 80mm lens on Kodak T-Max 400. The physical print is 10x10 inches.
Posted by Brennan at 8:04 PM 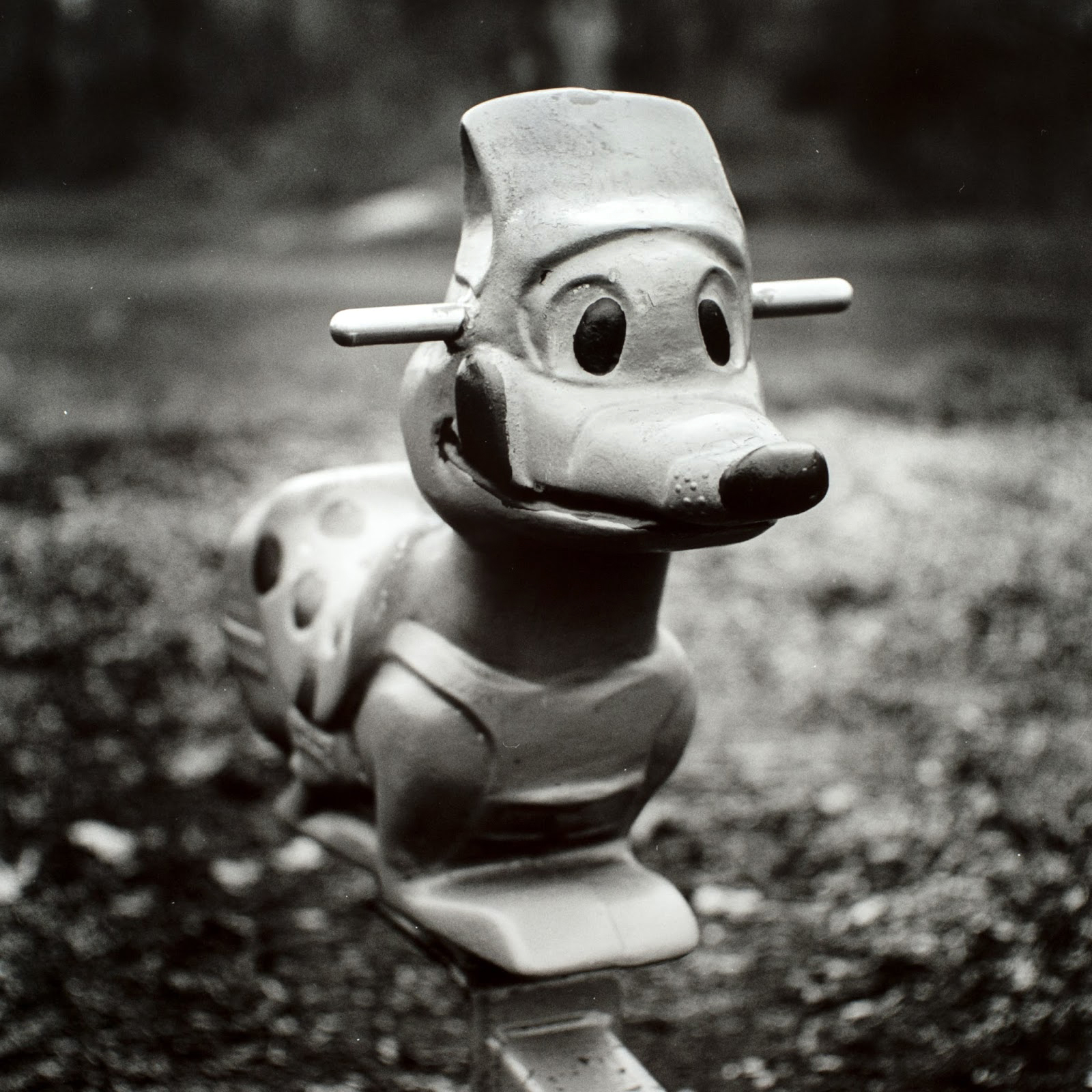 About a week ago, I took a drive up to Waukegan, Illinois. It was there that I came across an old playground and found this rat spring rider. I love the rat's expression, with his big tongue sticking out! I used my Mamiya C330 with an 80mm f/2.8 Lens, on Kodak T-Max 400. The physical darkroom print is 10x10 inches. 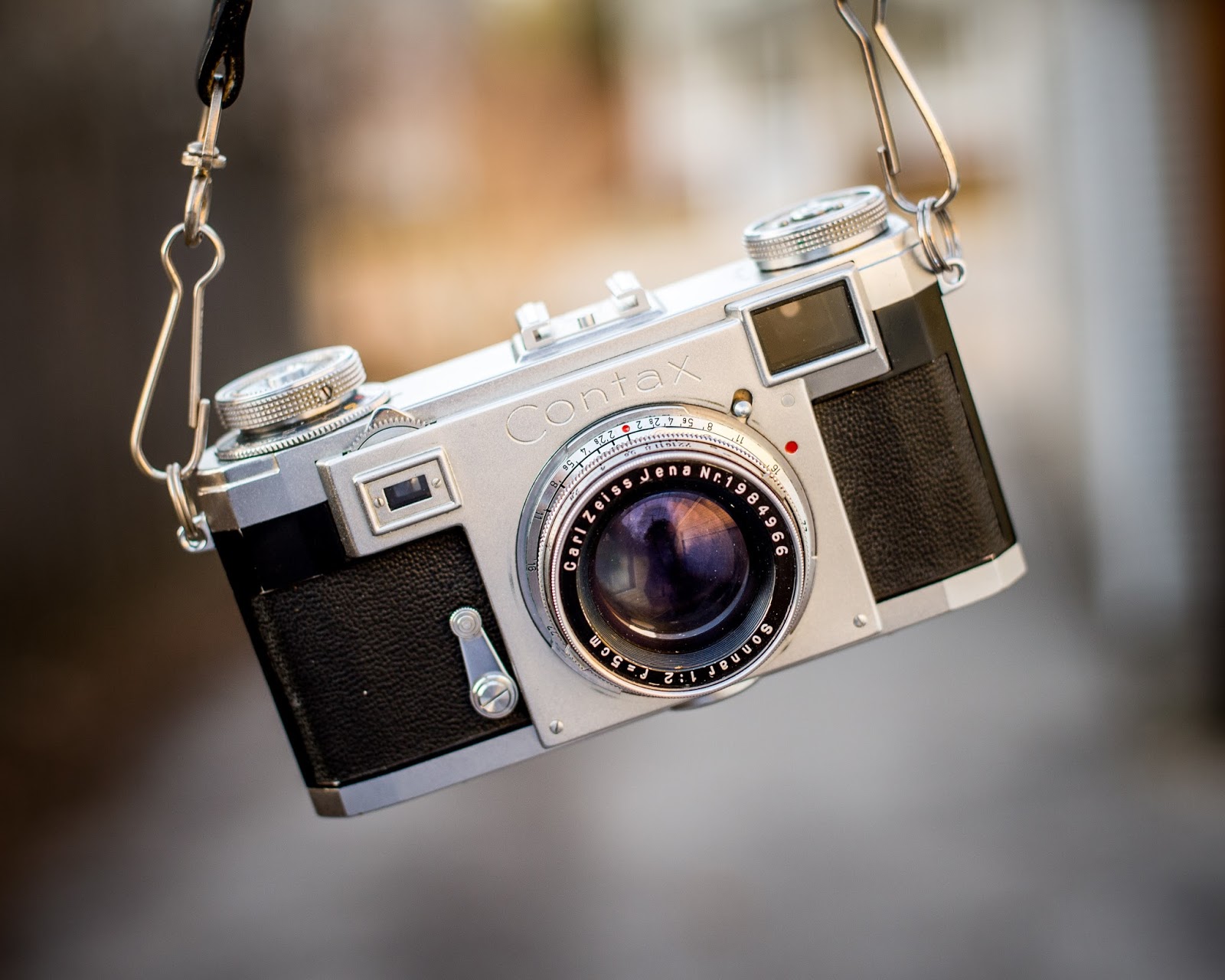 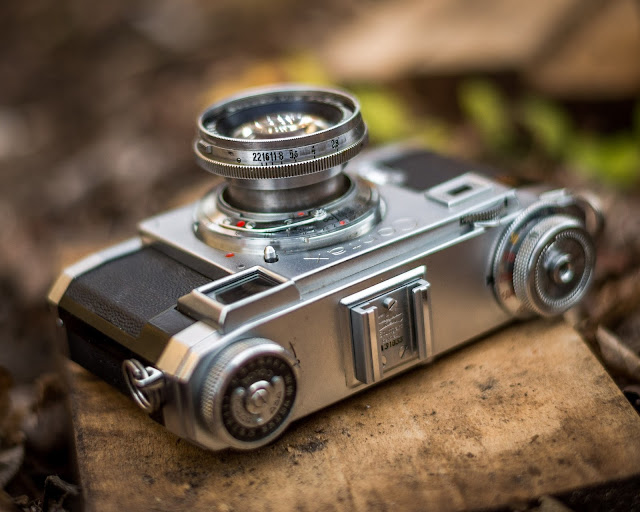 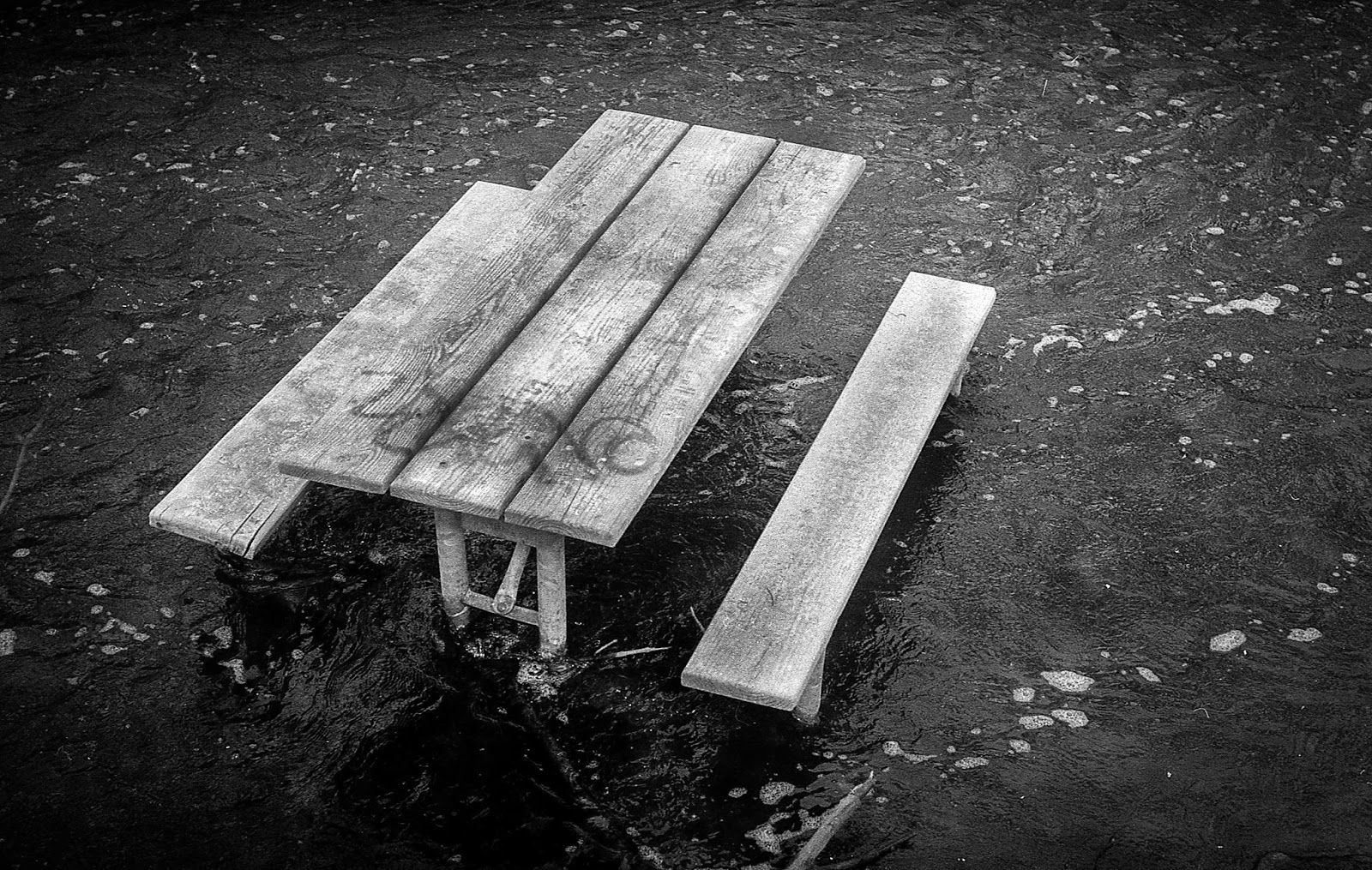 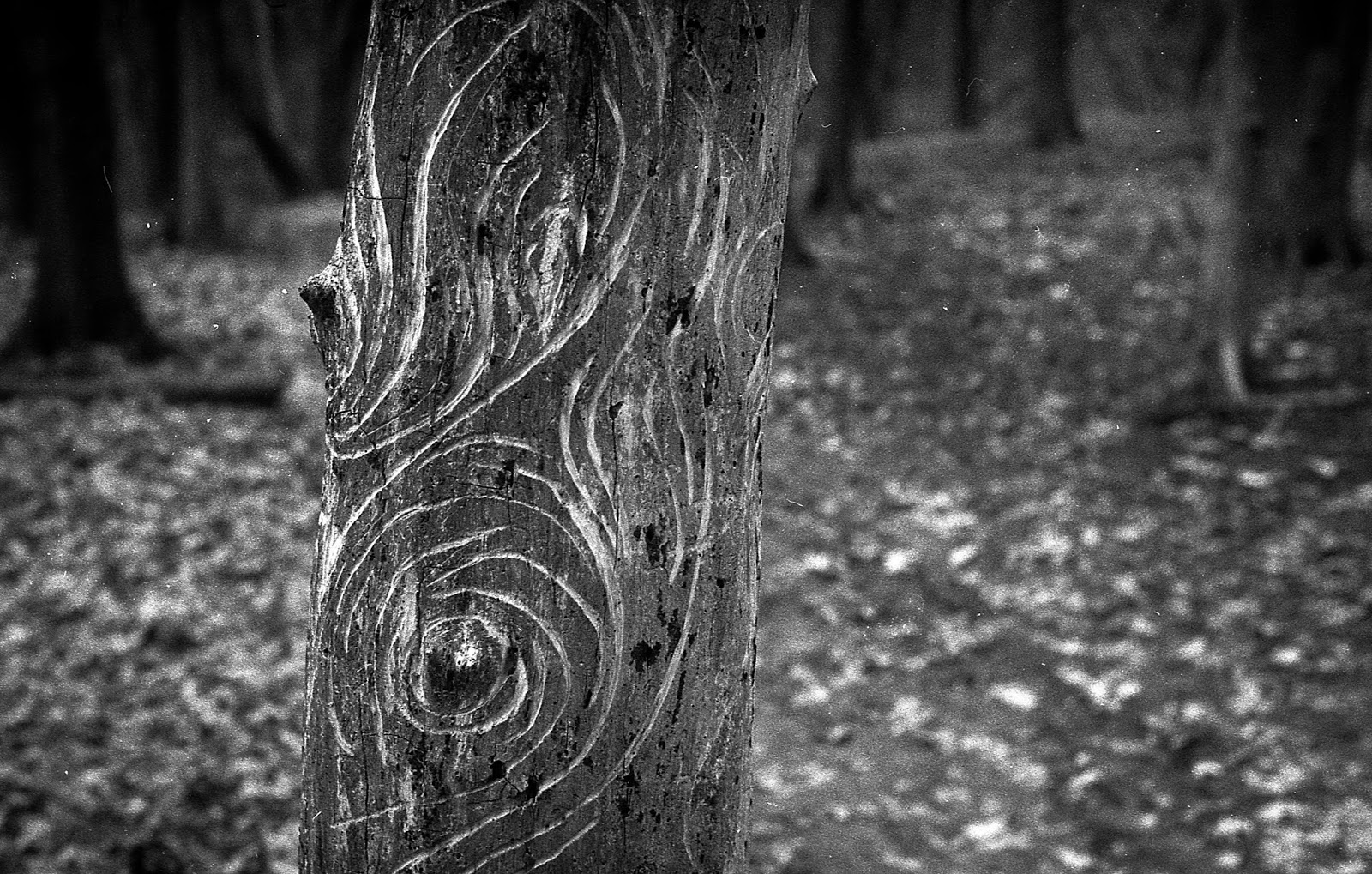 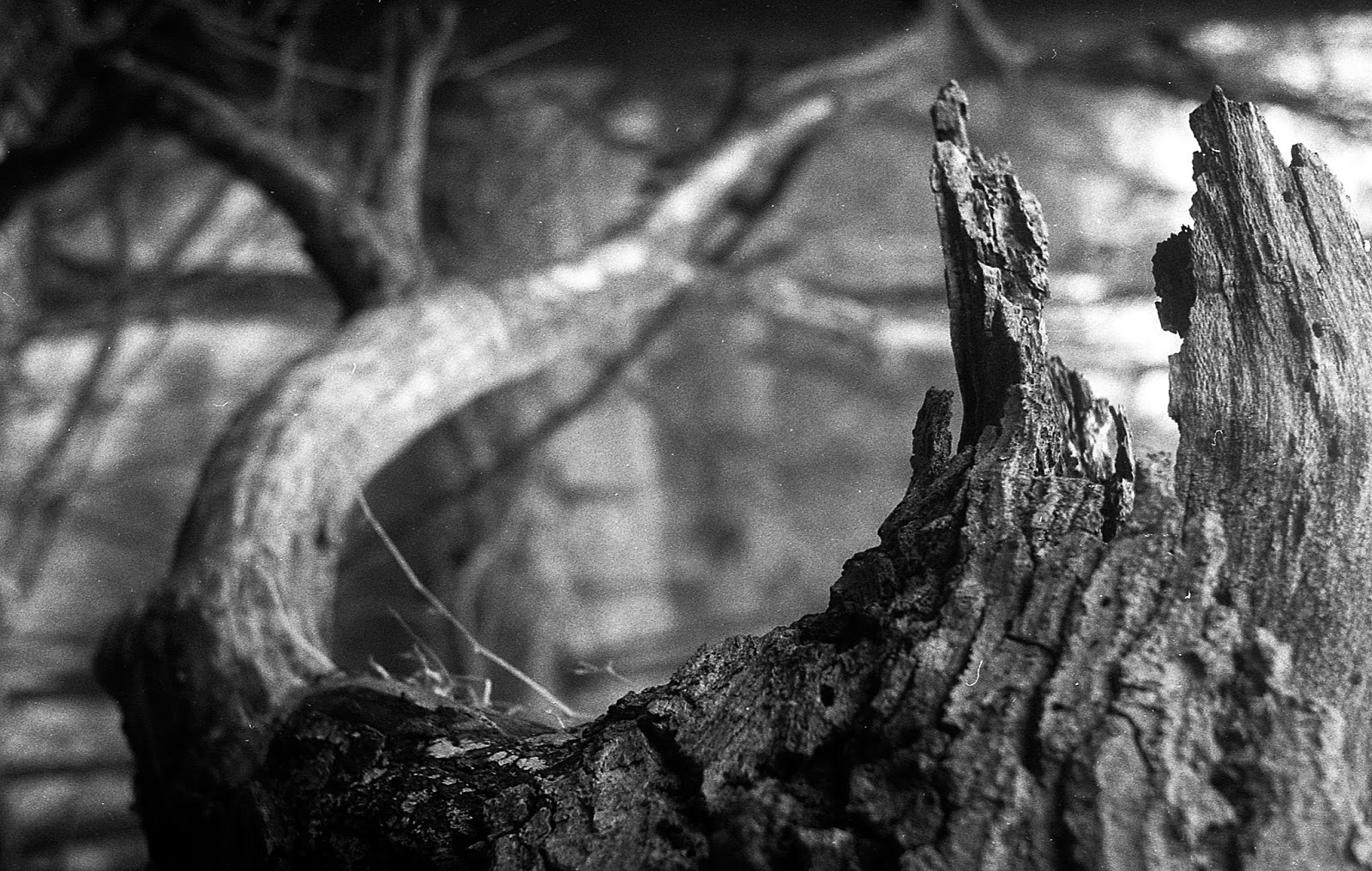 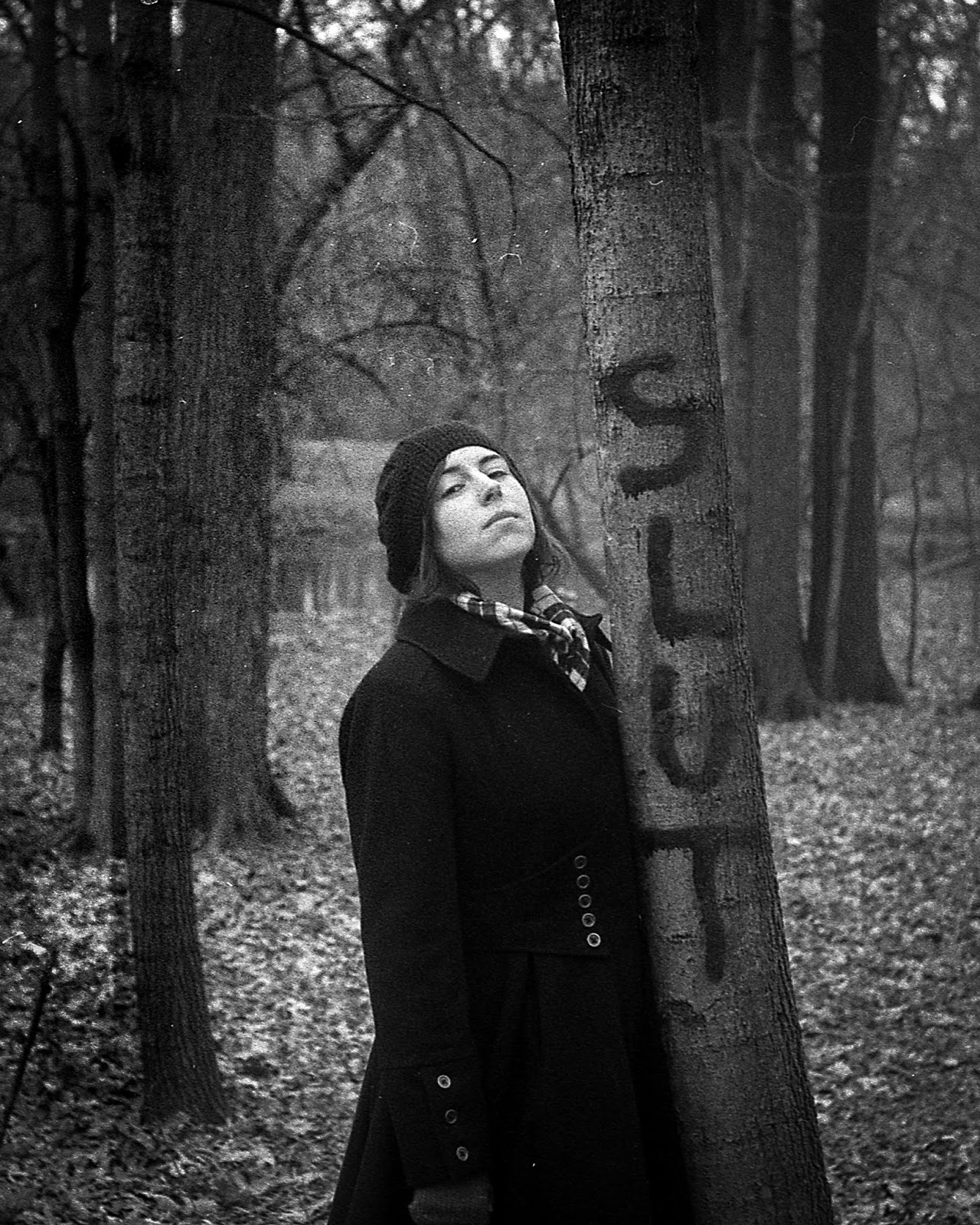 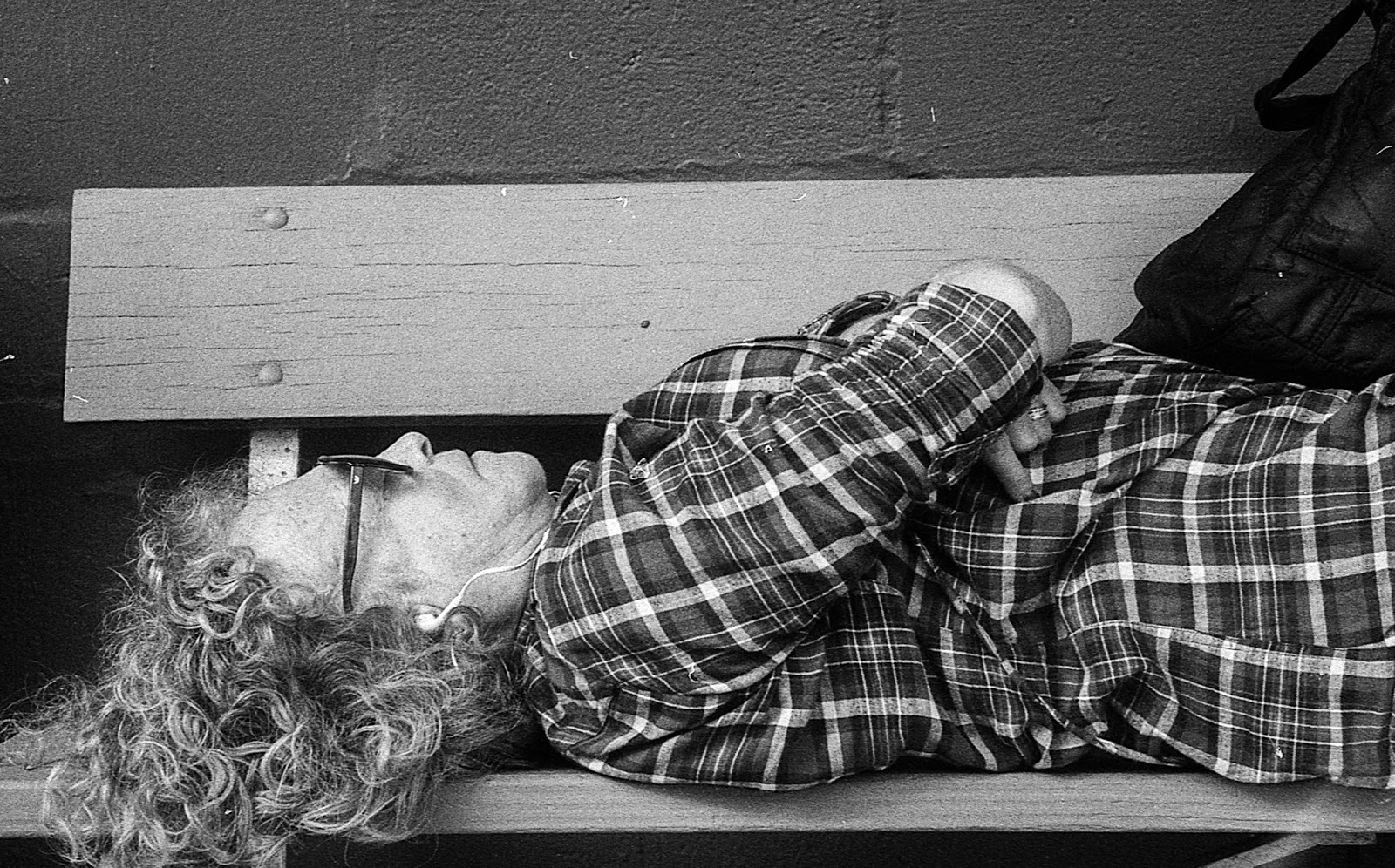 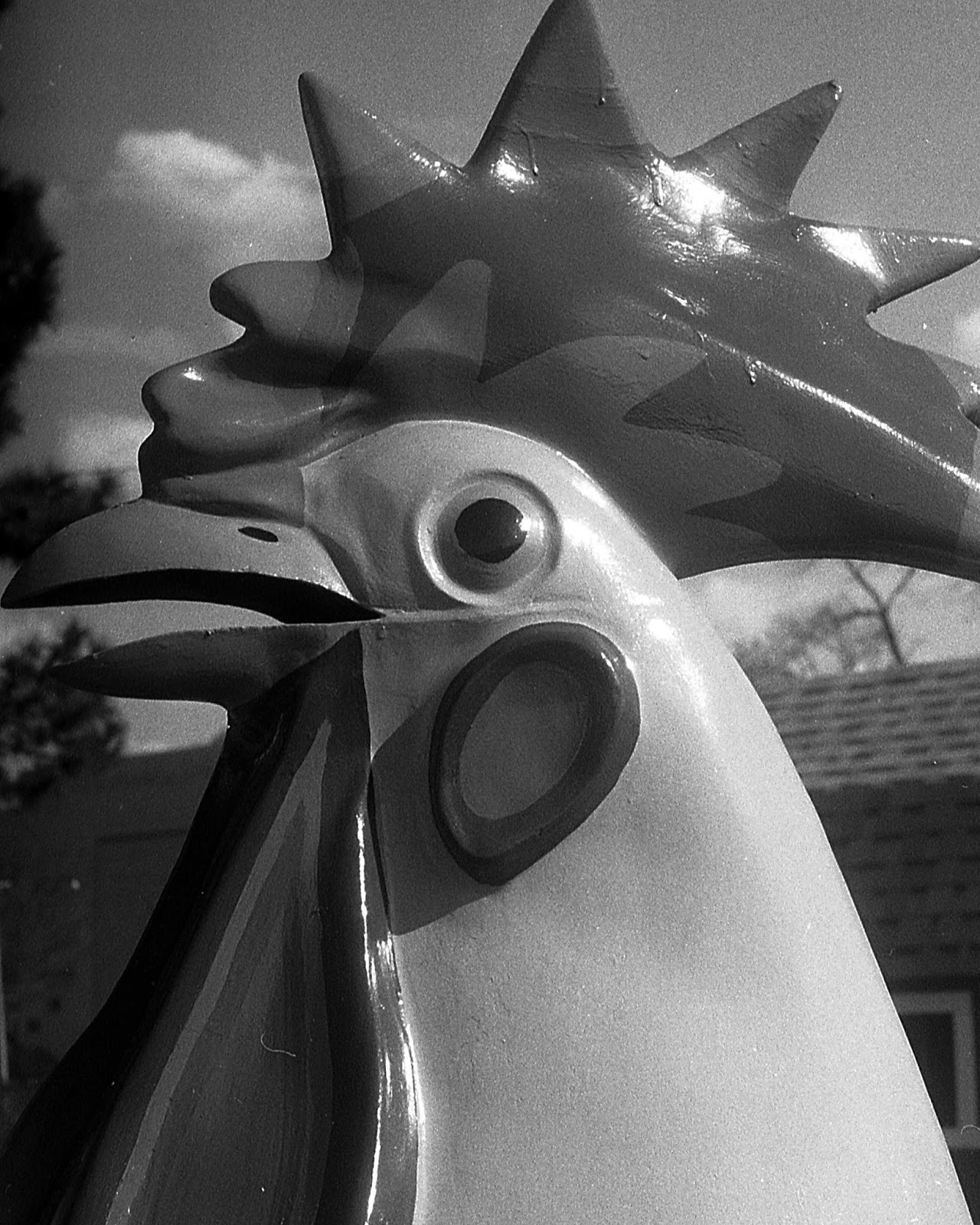 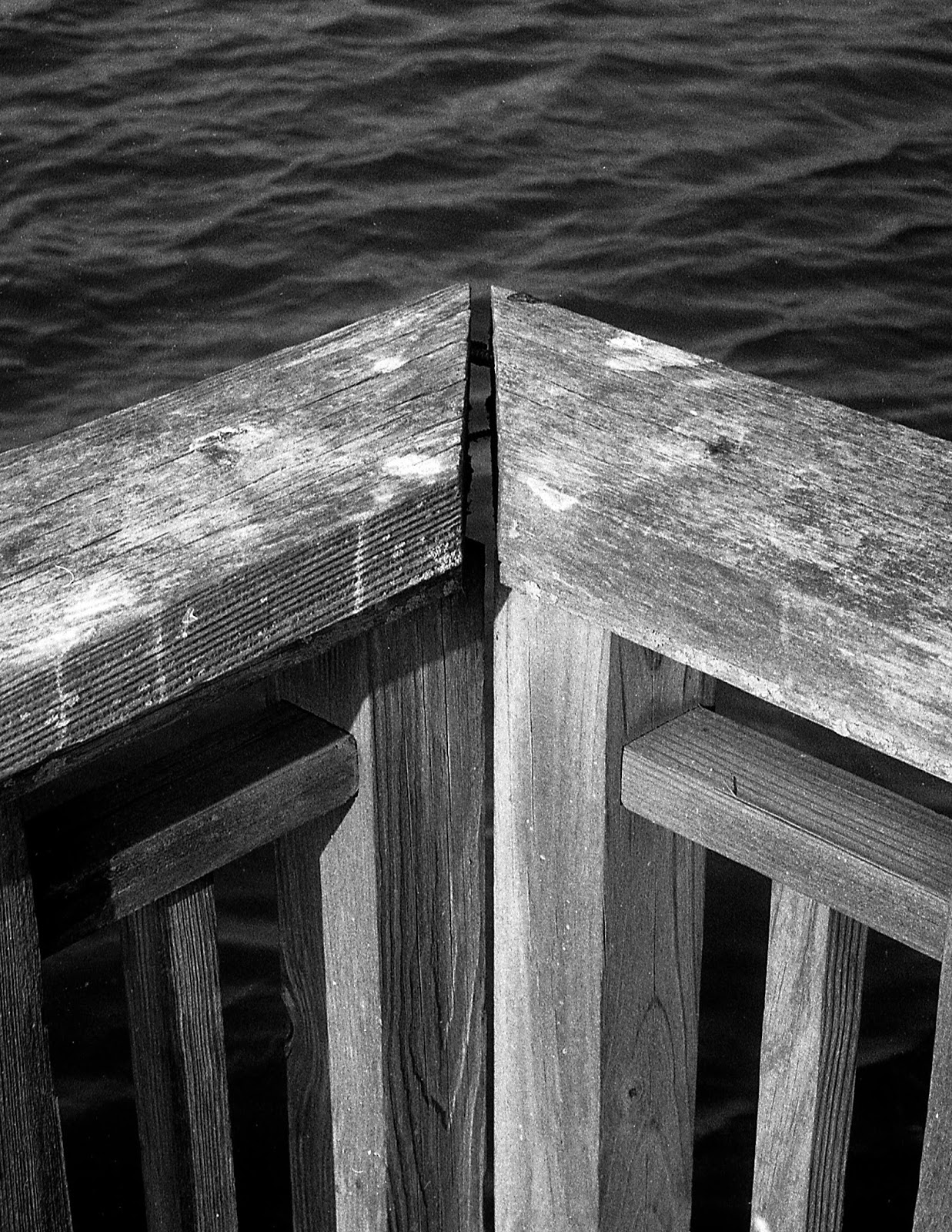 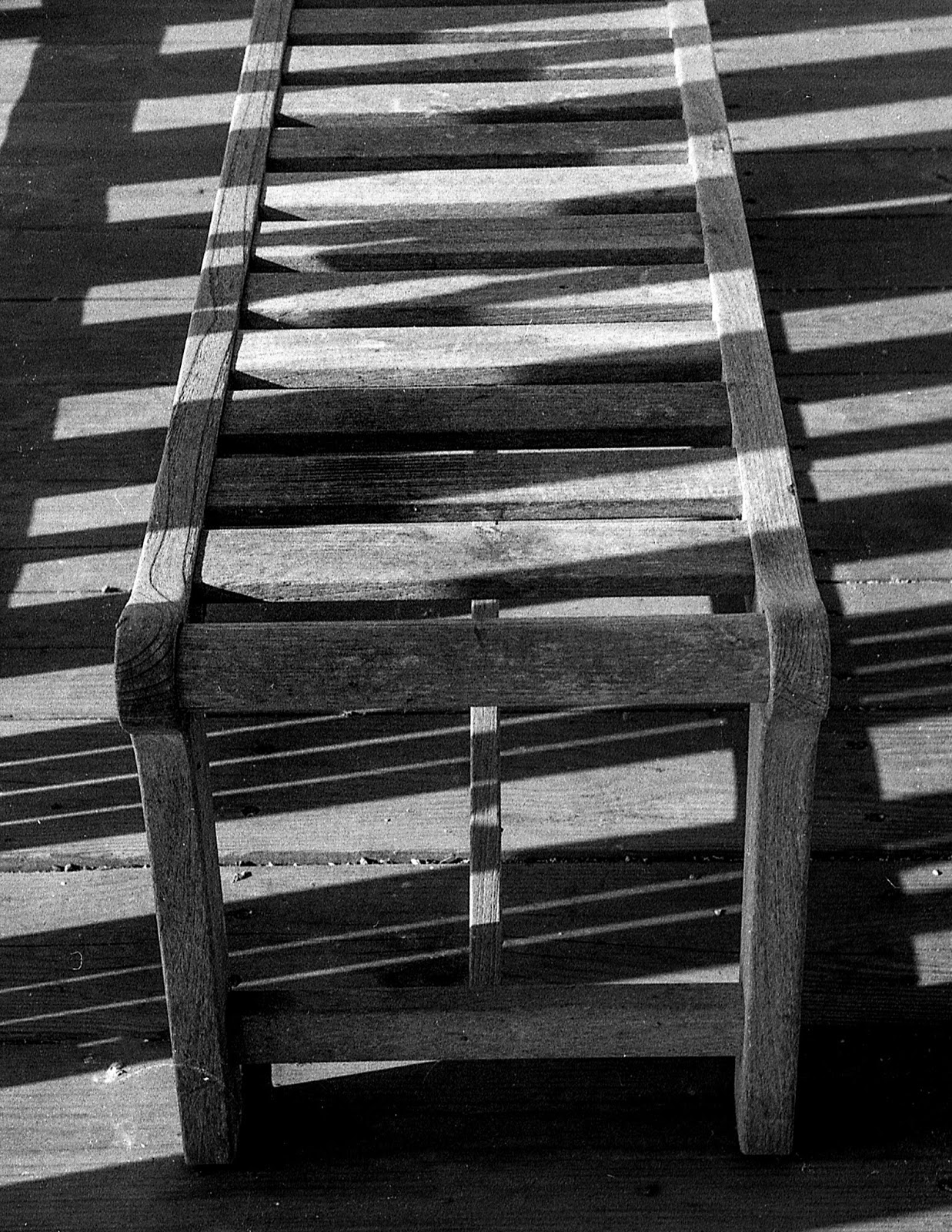 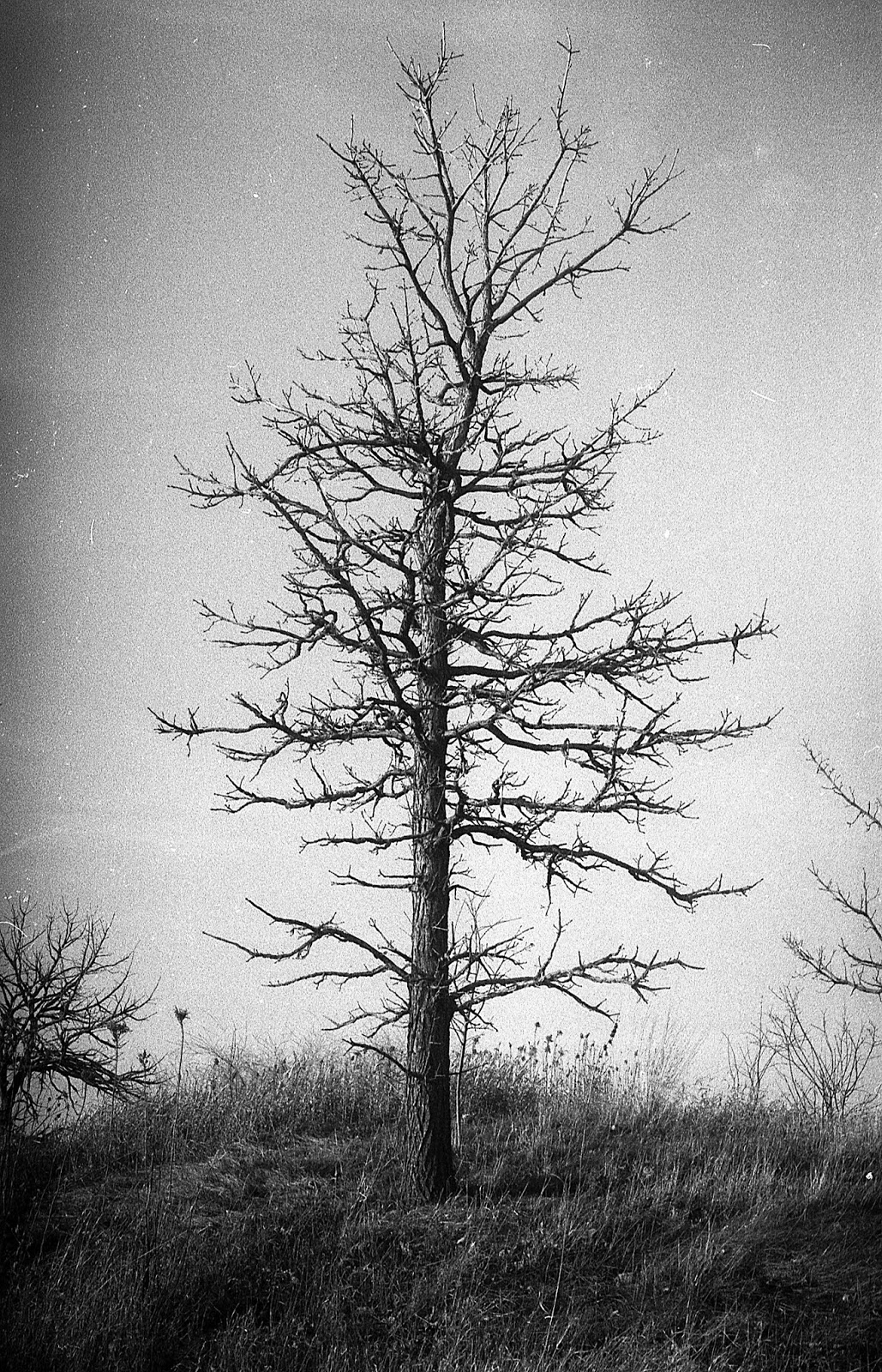 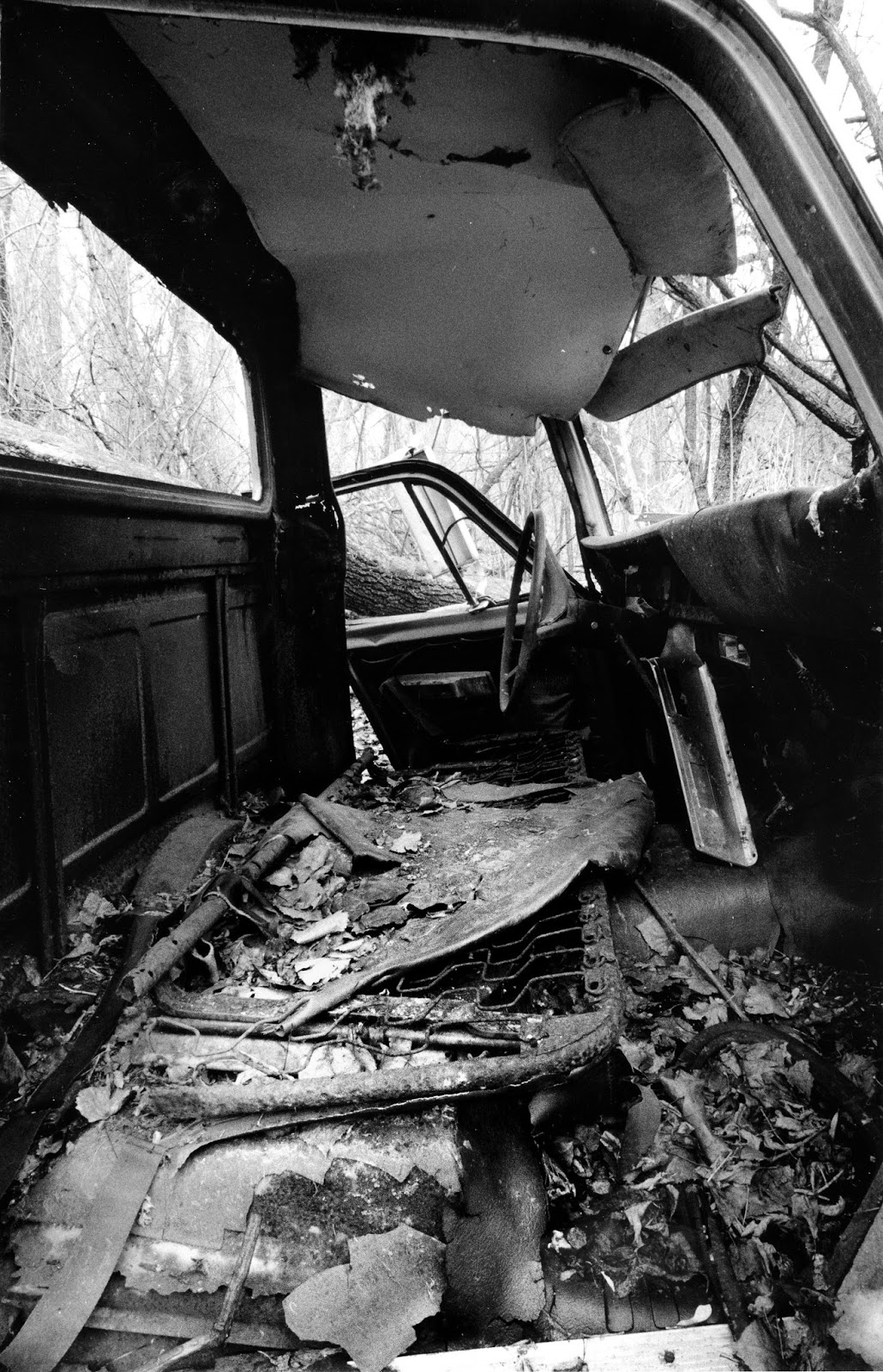 The inside of a pickup truck that's near the Huntley Grease Factory. It's probably been outside in the elements for over 30 years. I used my Nikon F2 with a 20mm f2.8 Nikkor lens, on Ilford Delta 400 film. Making this print was pretty difficult: I had to do two different exposures; one exposure for the floor of the truck cab with a #4 contrast filter, and one exposure for the rest of the print with a #3 contrast filter. It took a lot of time, but I'm pretty happy with the end result. The physical print is 10"x7".

Thanks for looking!
Posted by Brennan at 10:54 PM