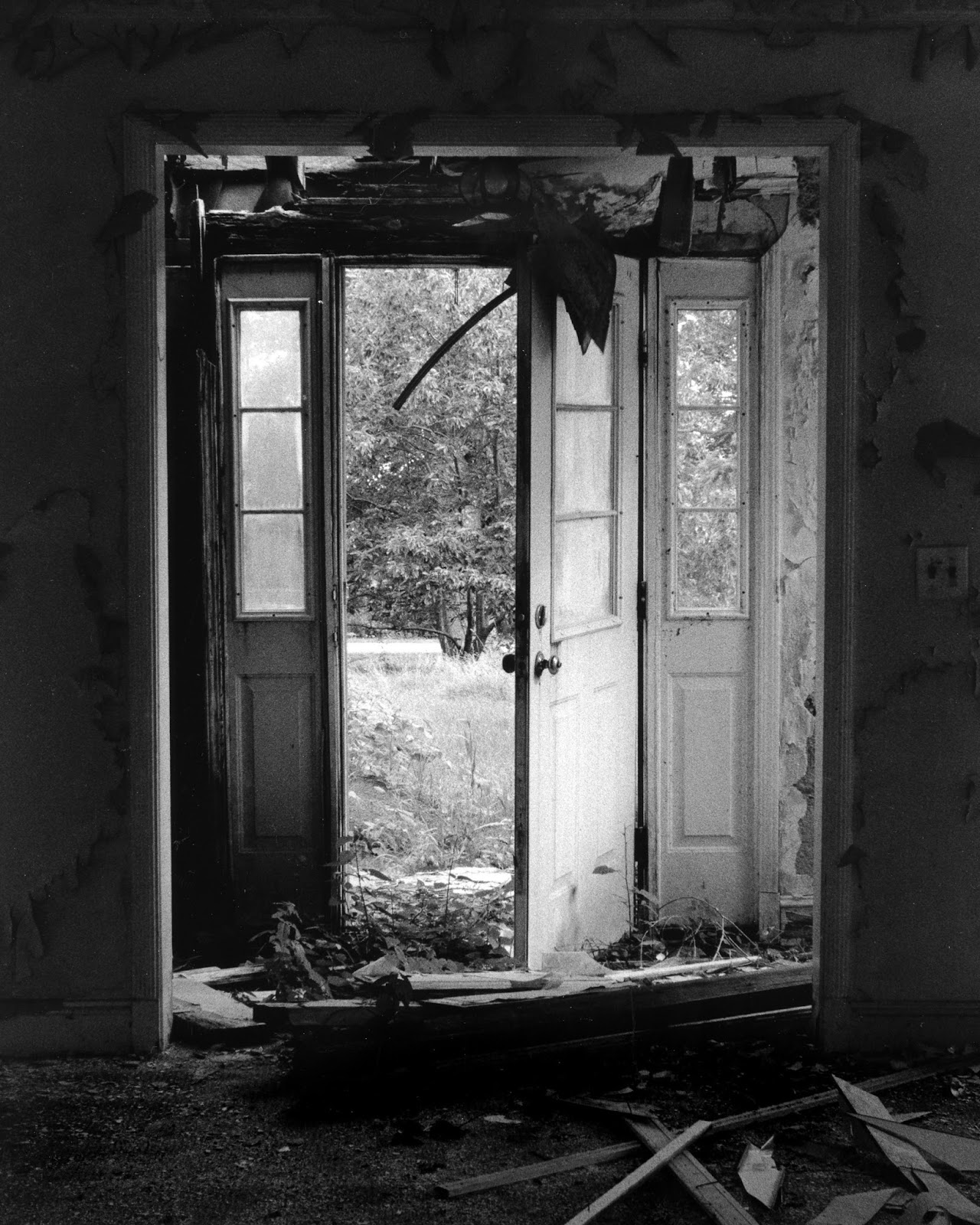 A little over a week ago I was driving around the western suburbs when I came across an abandoned home on the outskirts of Kildeer. The house was a split level, and not too old; probably built in the 60's or 70's. It looked like it had been abandoned for quite some time.

It was fairly difficult getting to the house, as it was right off a pretty busy two lane highway. I didn't want to be spotted parking in the driveway, of course, so I had to leave my car about half a mile away in a restaurant lot. I then walked to the house among the cover of trees that lined the road. It was a pain, but I didn't get discovered, so all the effort was worth it.

This photograph is of the house's front entrance, looking out onto the grassy hill the home stood on. I used my Pentax LX and a 50mm F/1.4 SMC lens, on Ilford HP5+ film. The physical print is 10 x 8 inches.
Posted by Brennan at 11:28 AM 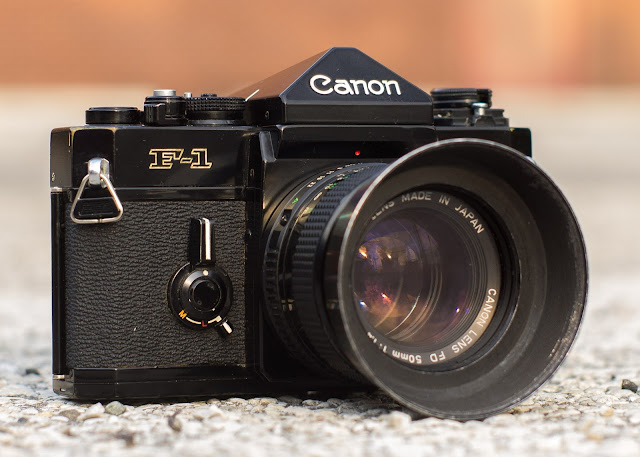 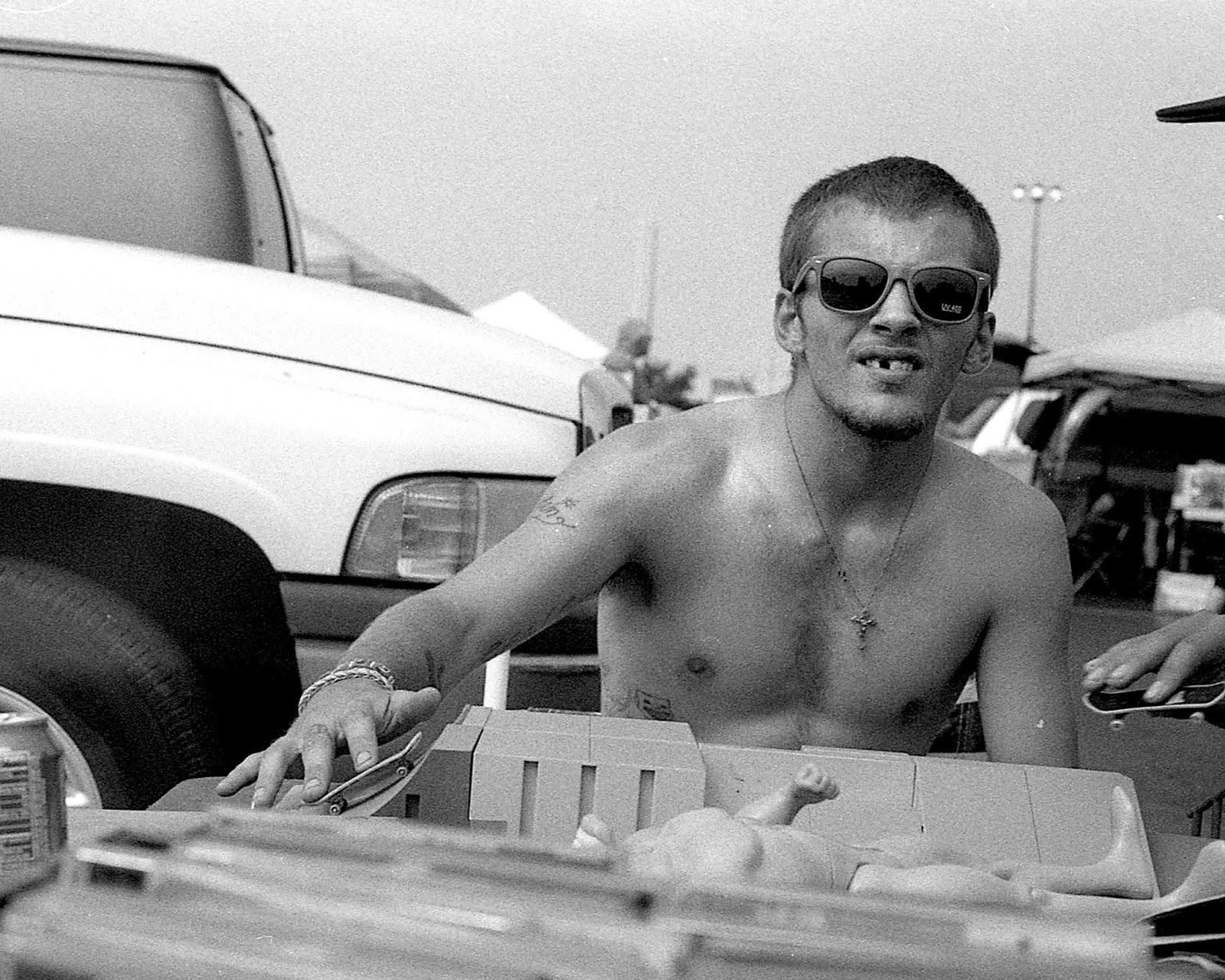 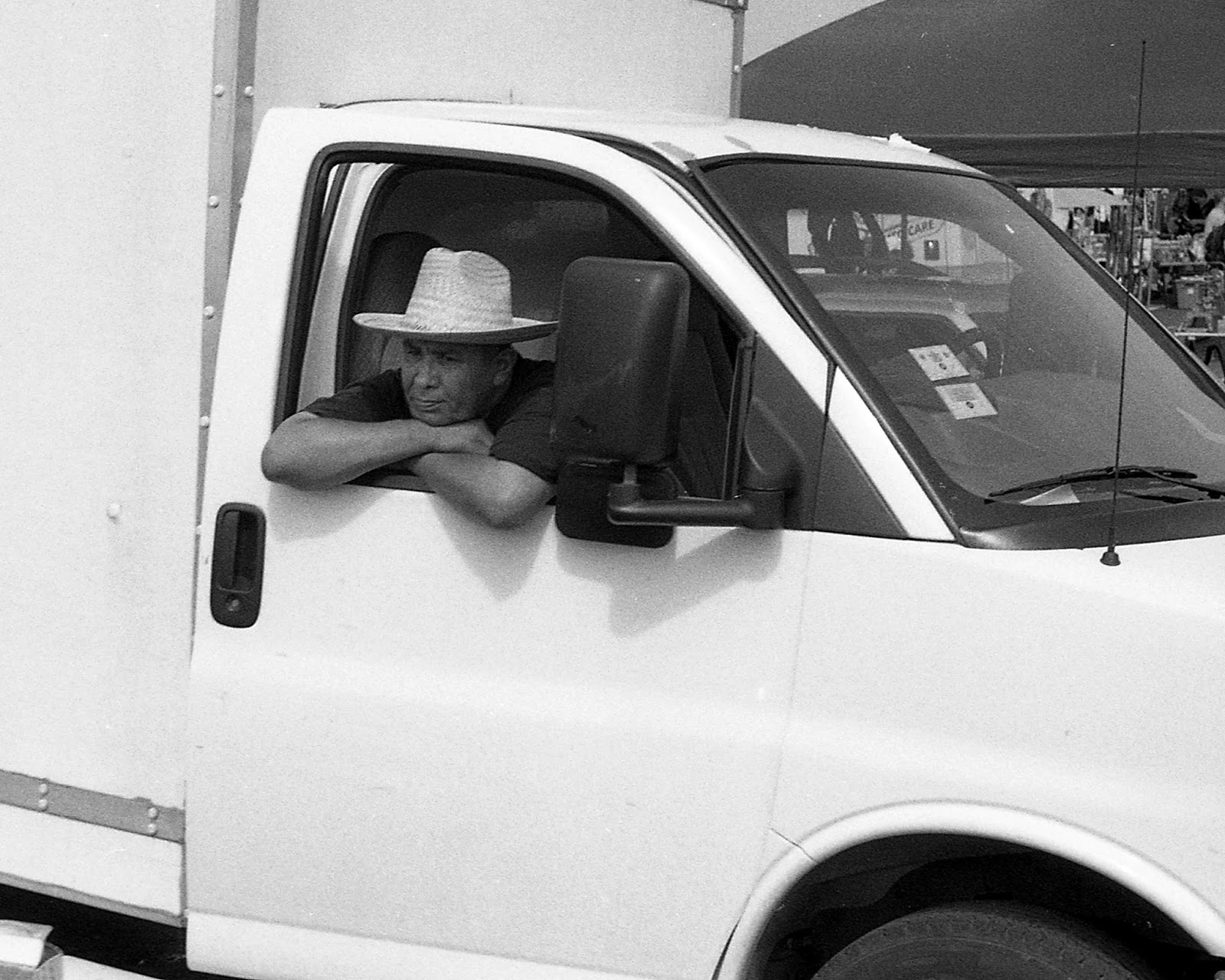 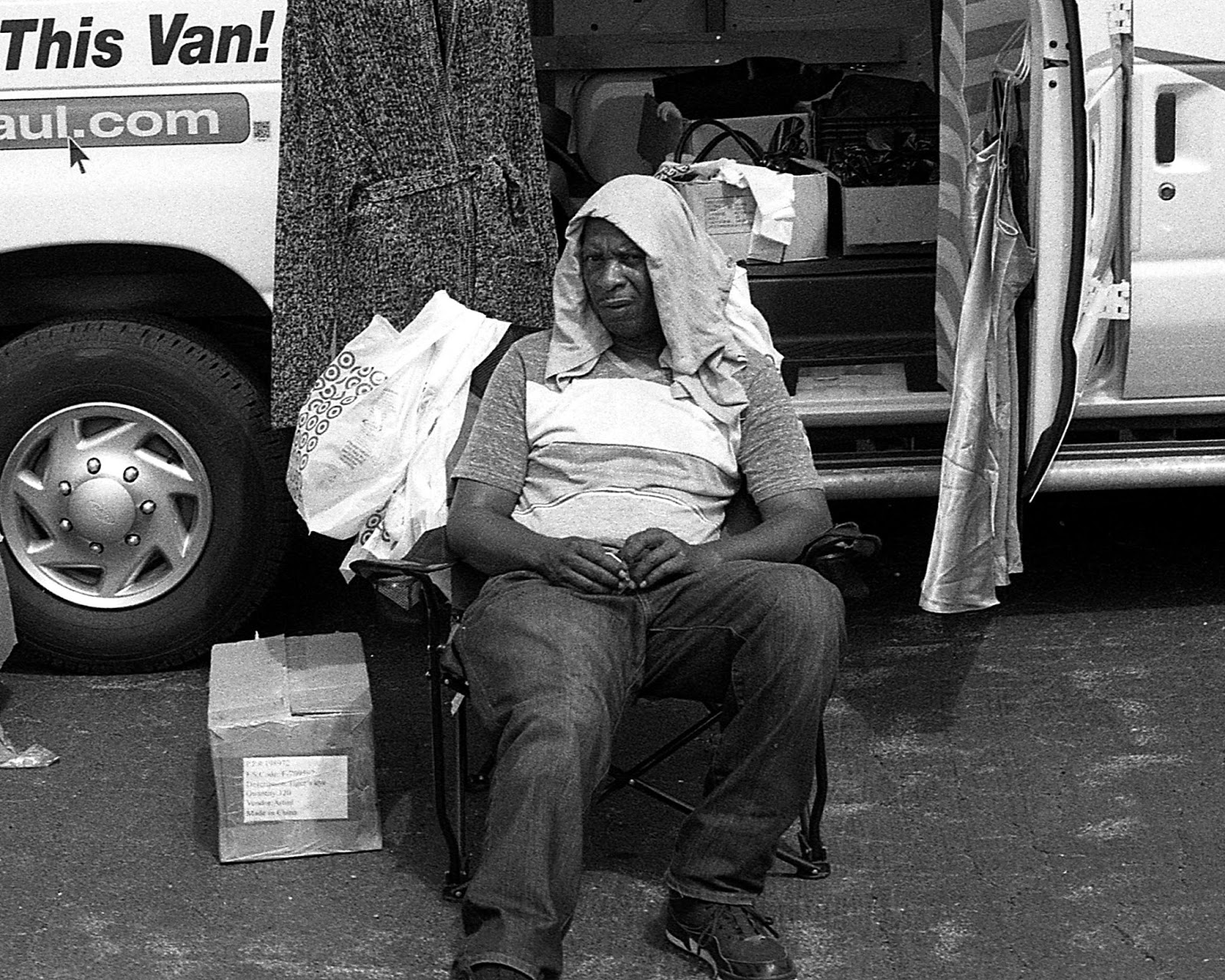 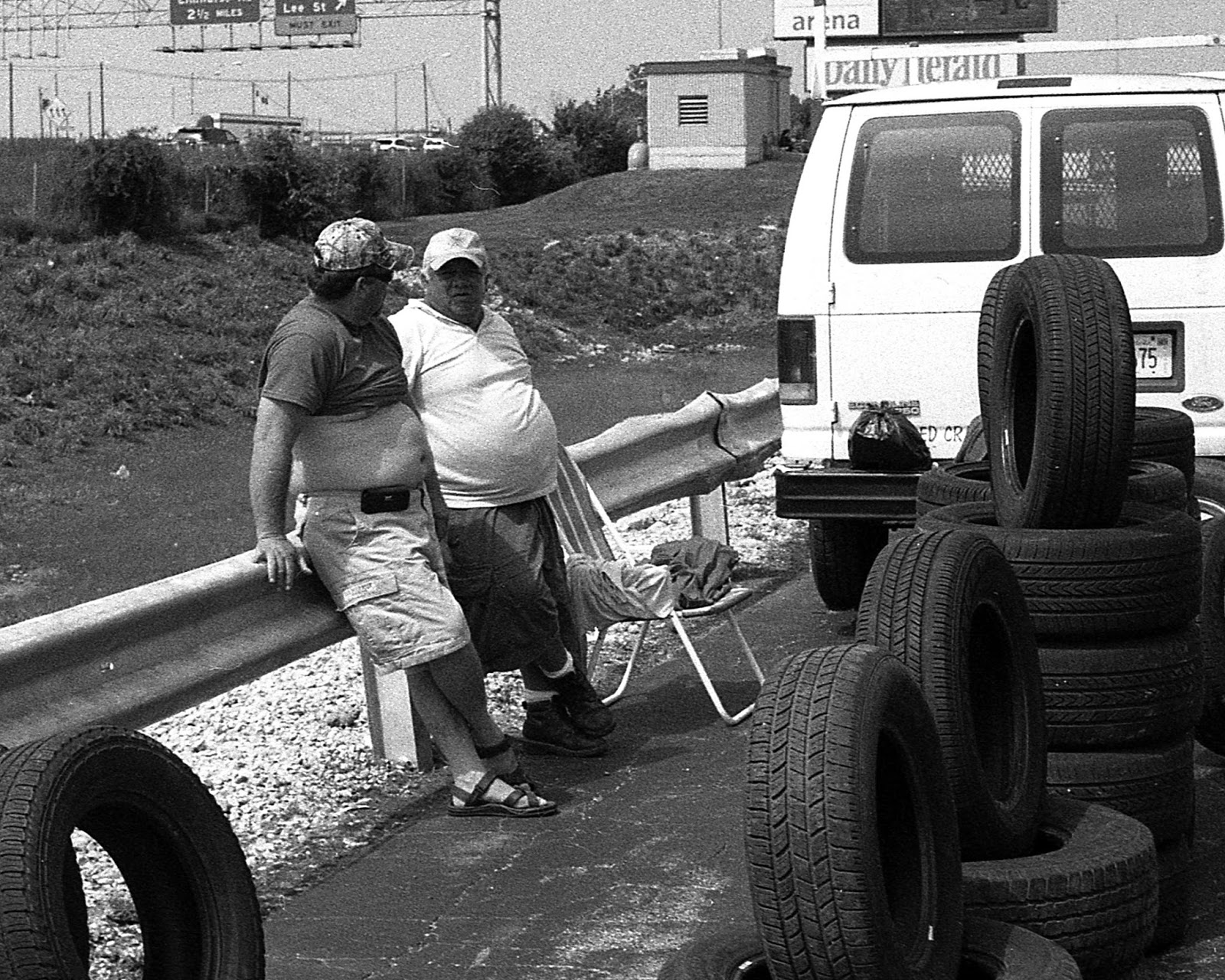 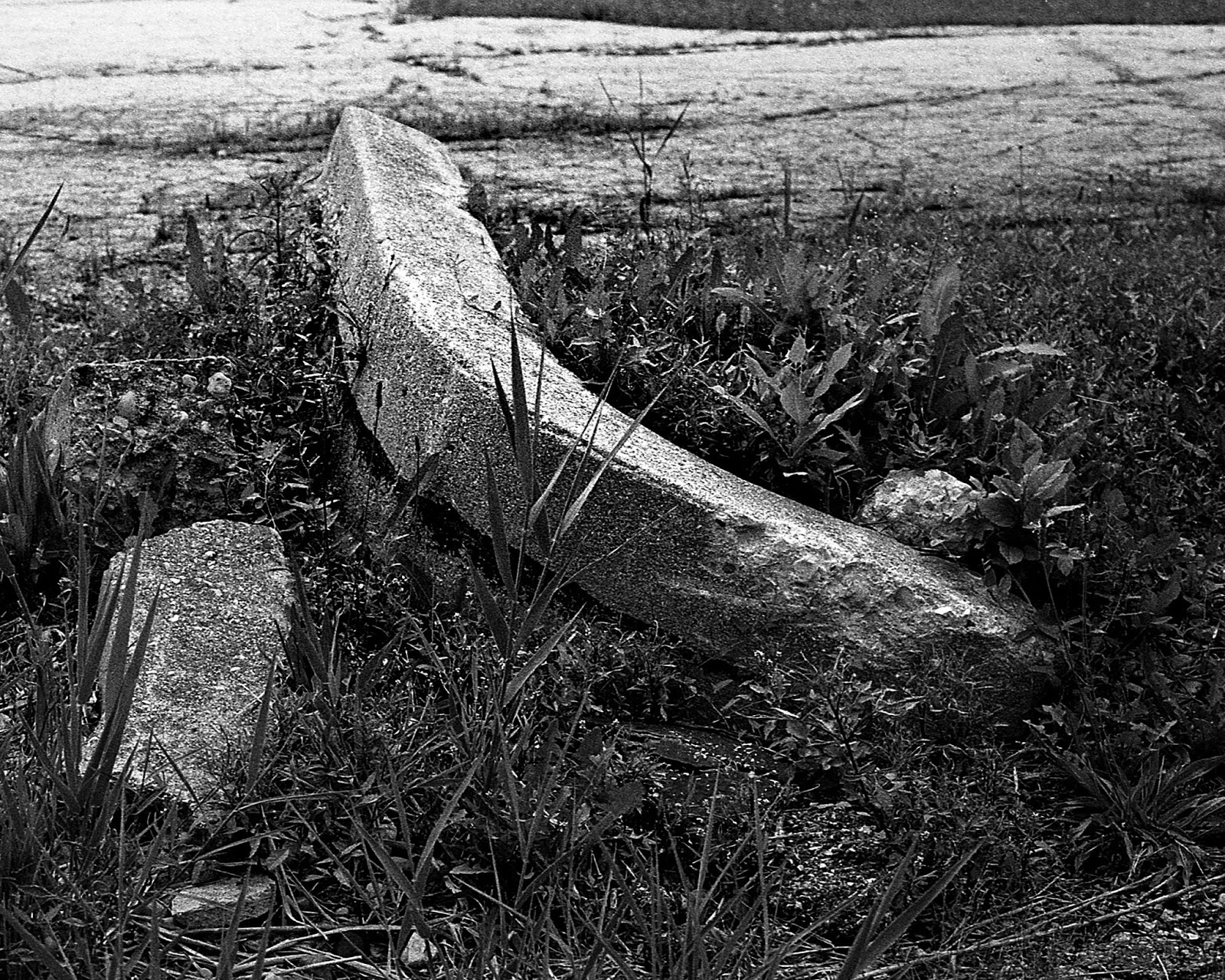 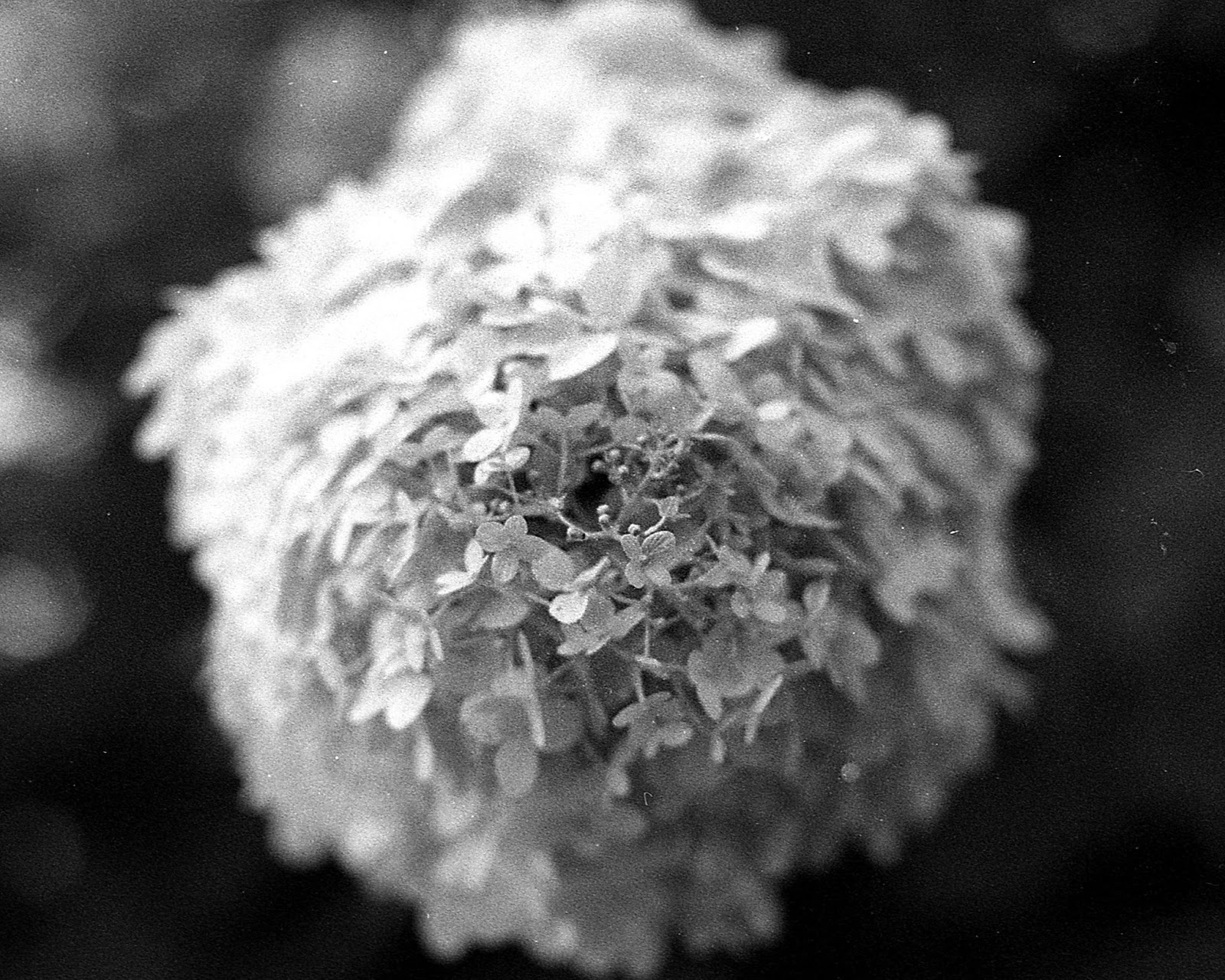 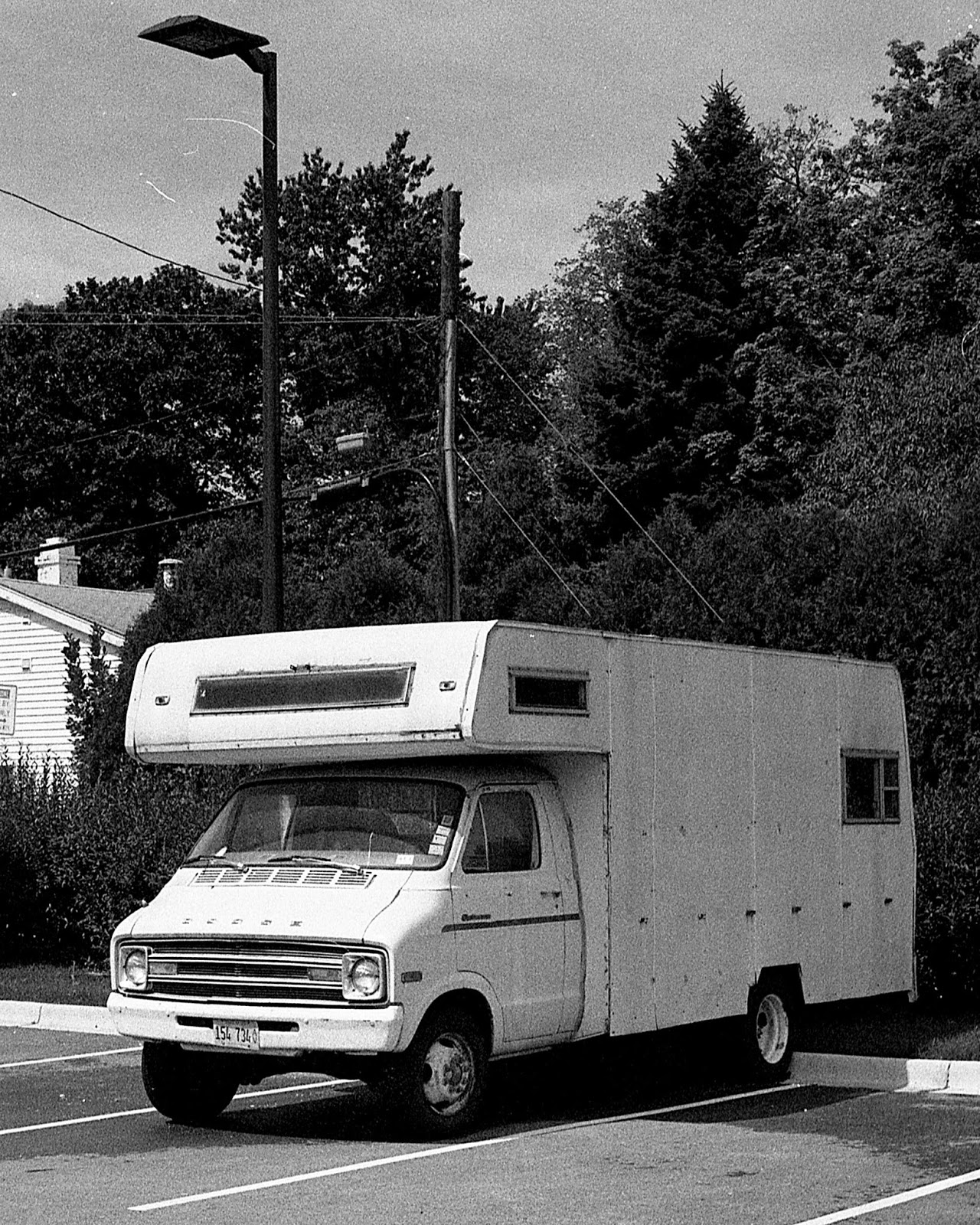 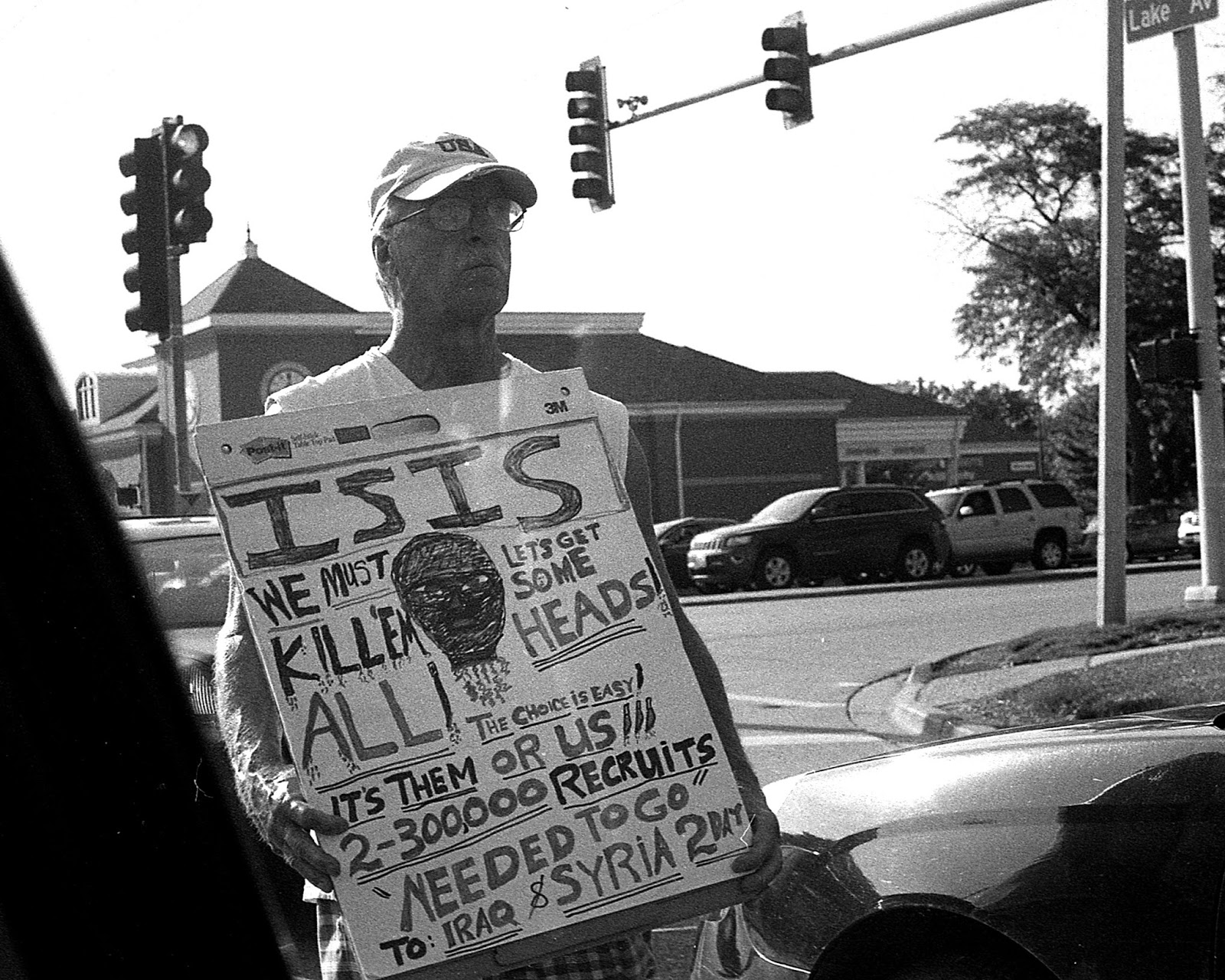 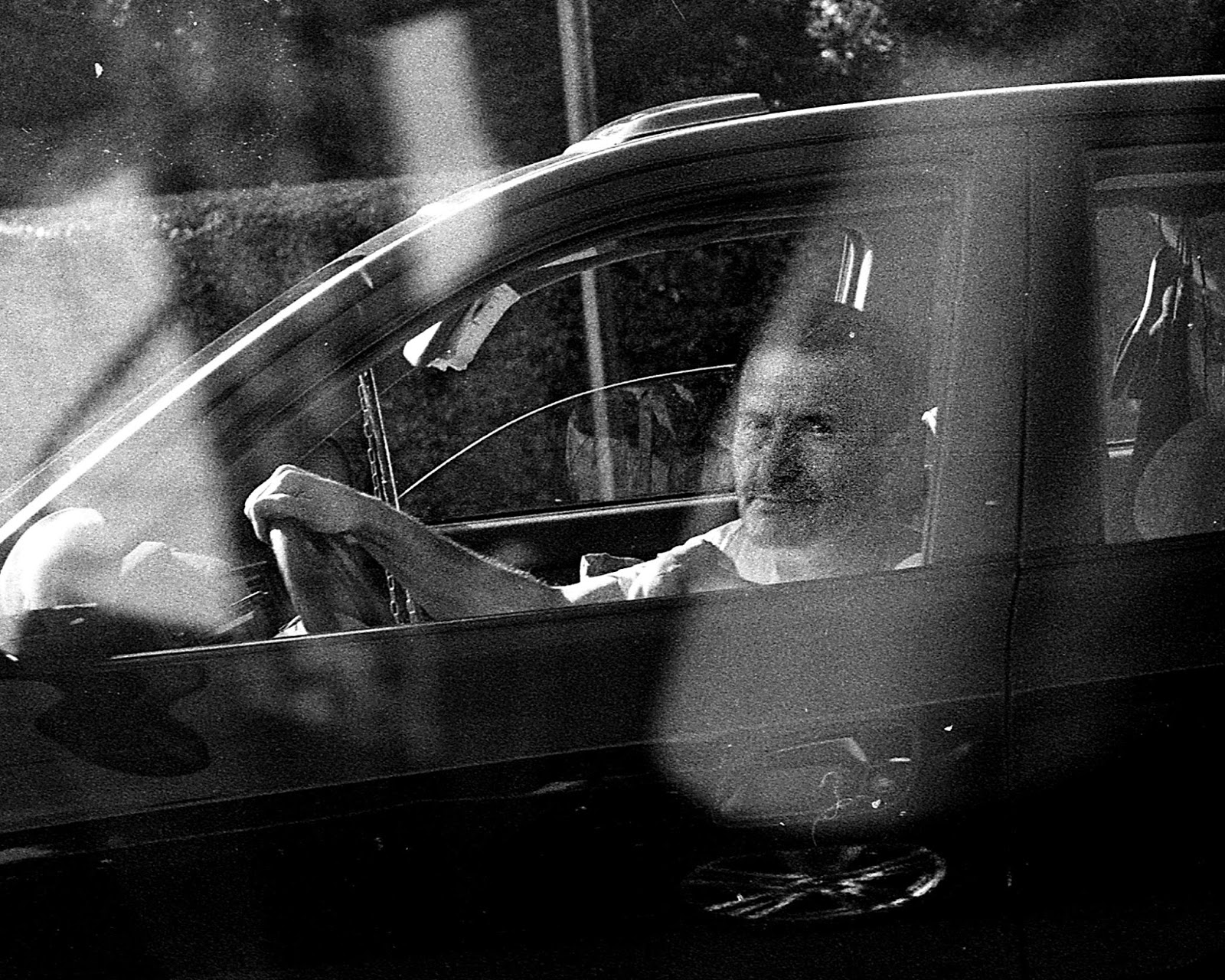 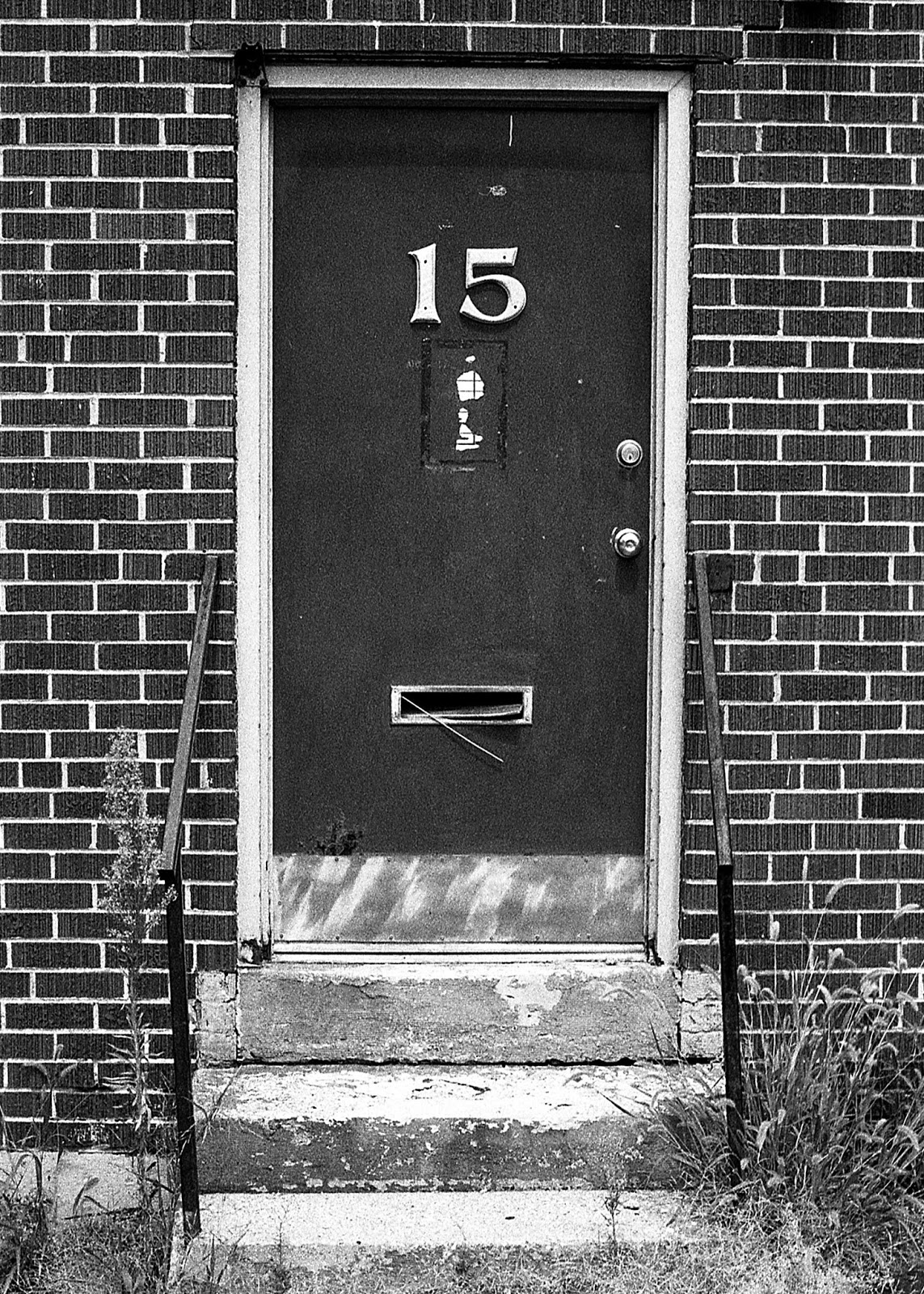 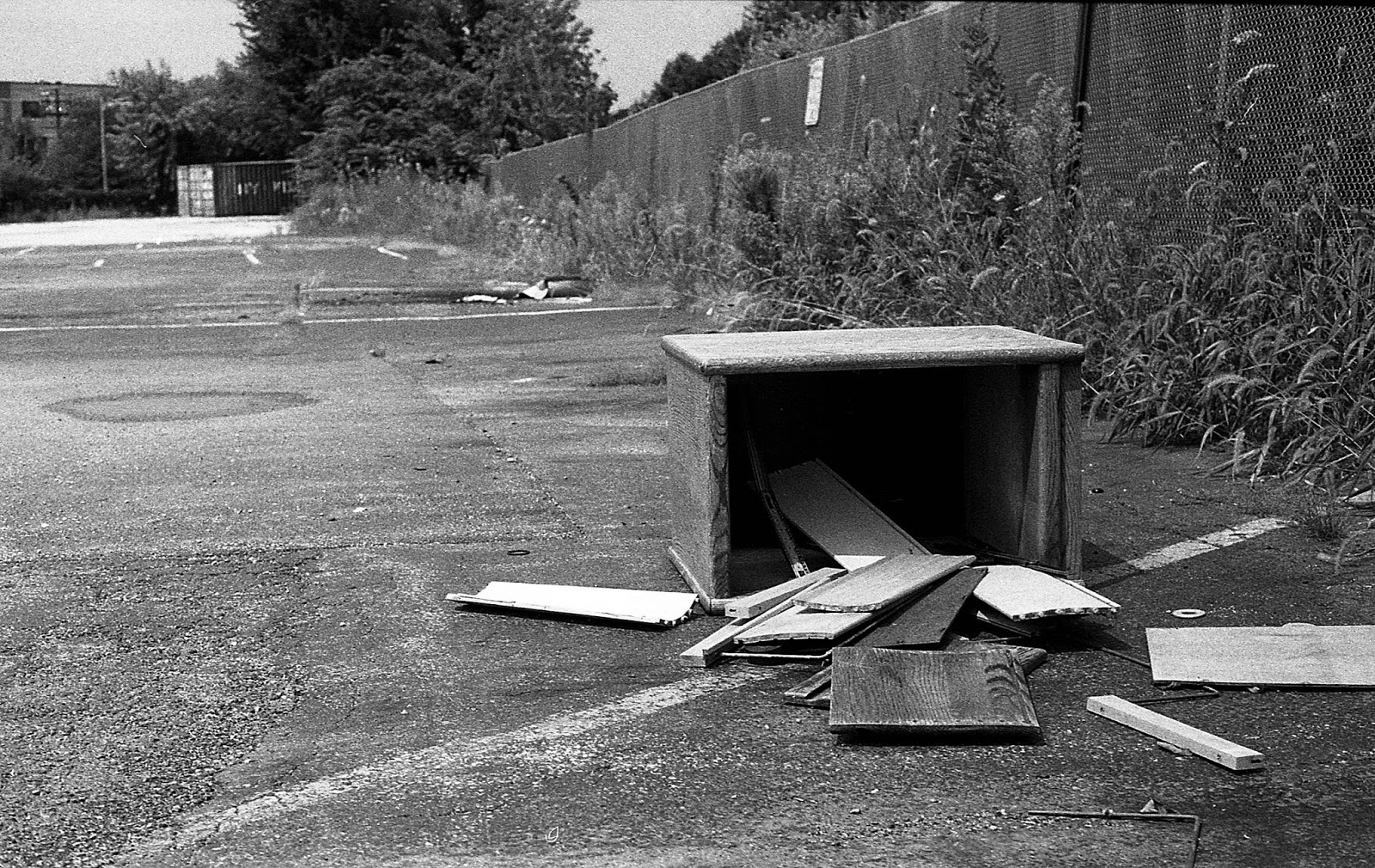 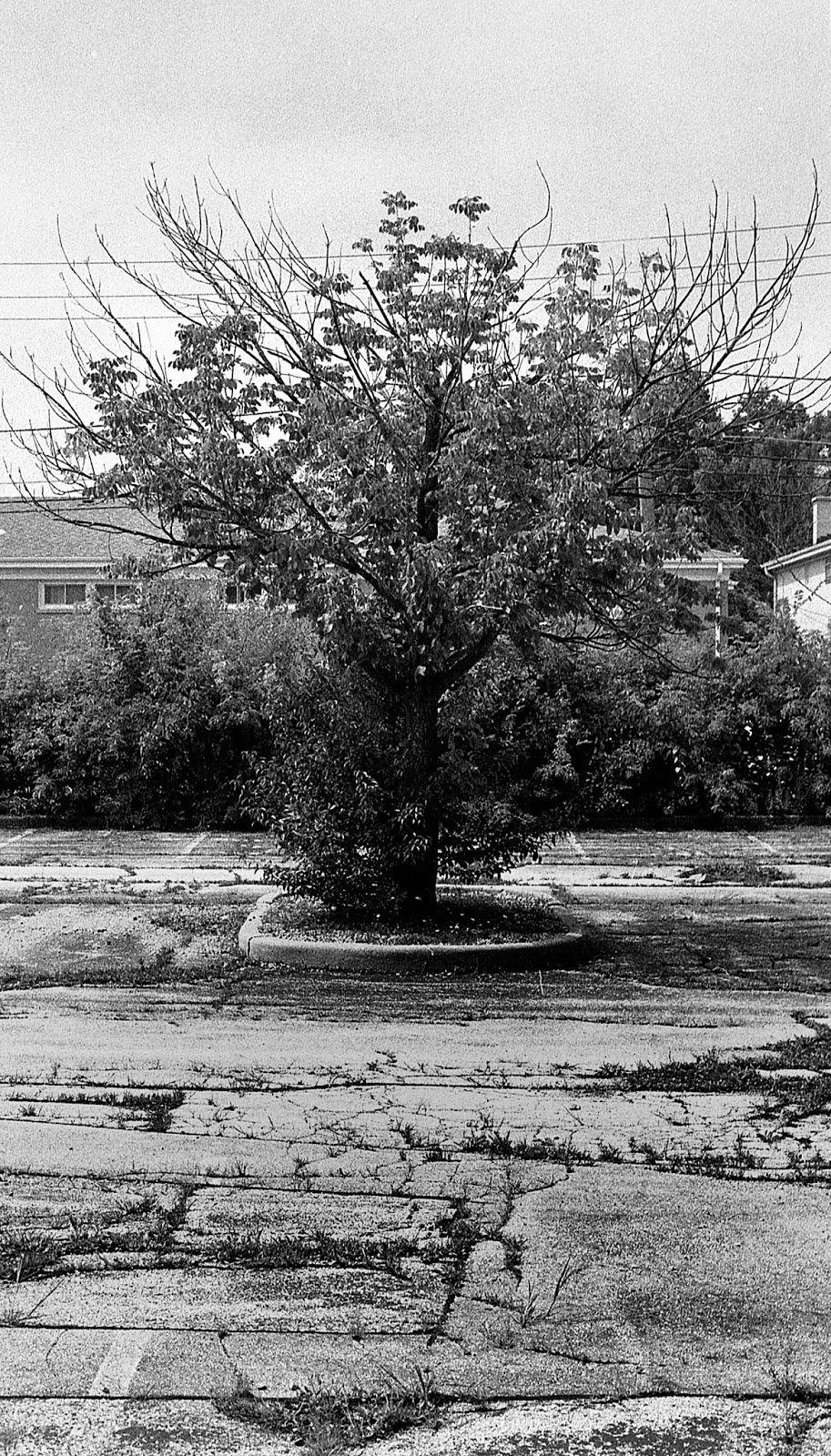 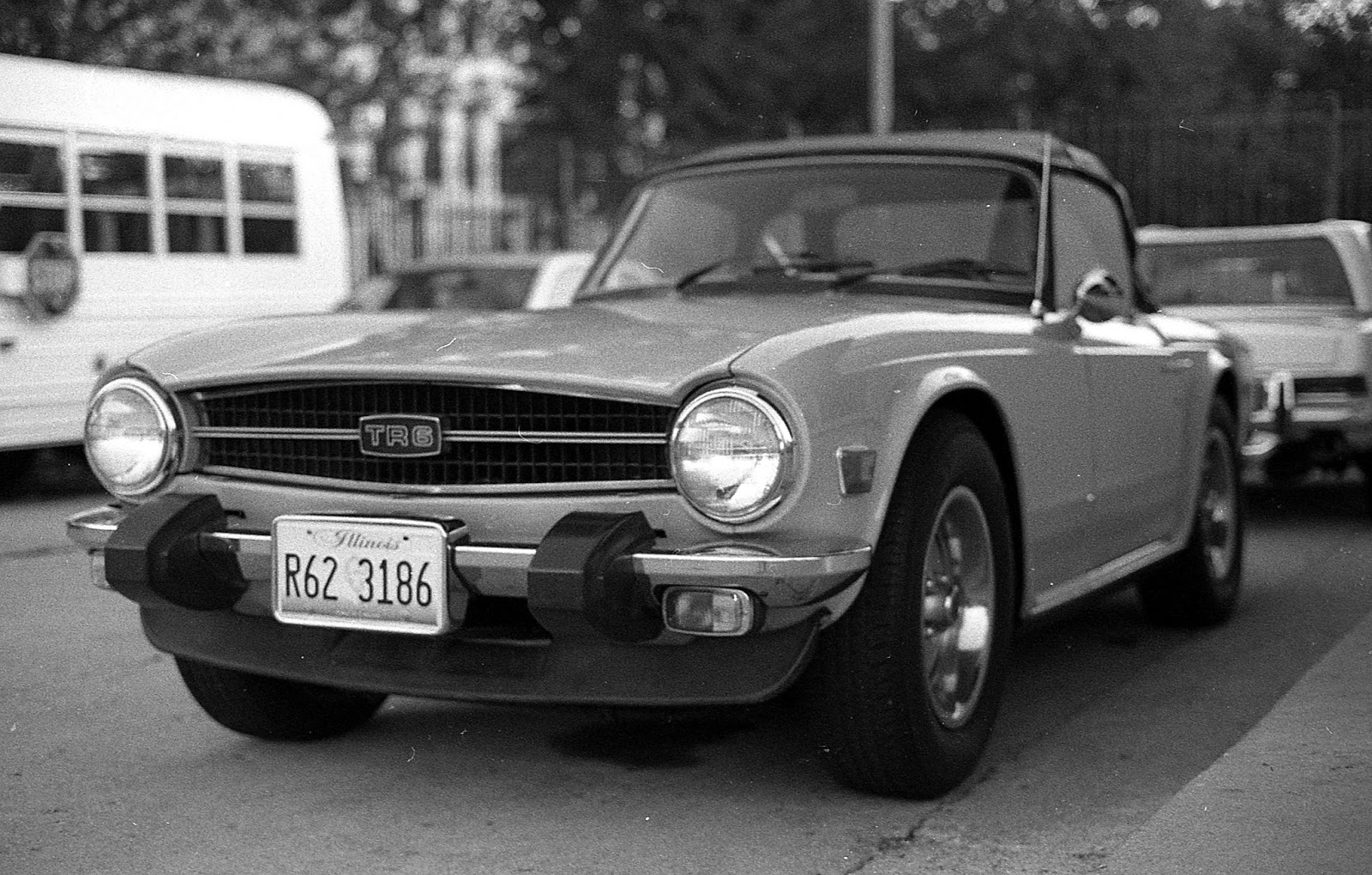 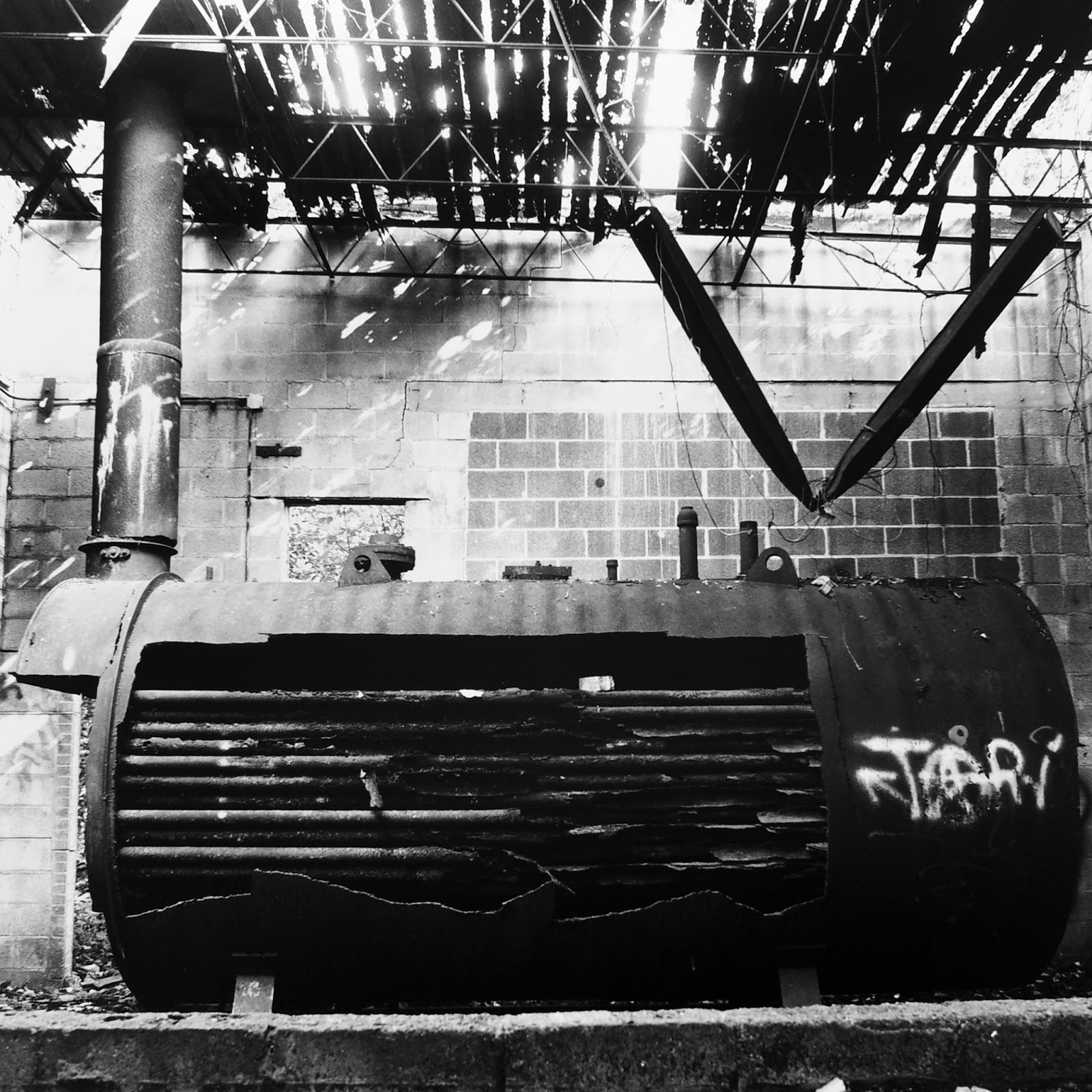 This photograph was made inside the abandoned Grease Factory in Huntley, Illinois. There were a few of these large machines in the facotry; I'm not sure what they do, but they're damn impressive looking. I used my Mamiya C330 and a 55mm lens on Kodak TMax 400 film. The physical print is 10 x 10 inches. Thanks for looking!

Edit: This is a boiler, and I am an idiot. Thanks Jeremy.
Posted by Brennan at 4:27 PM 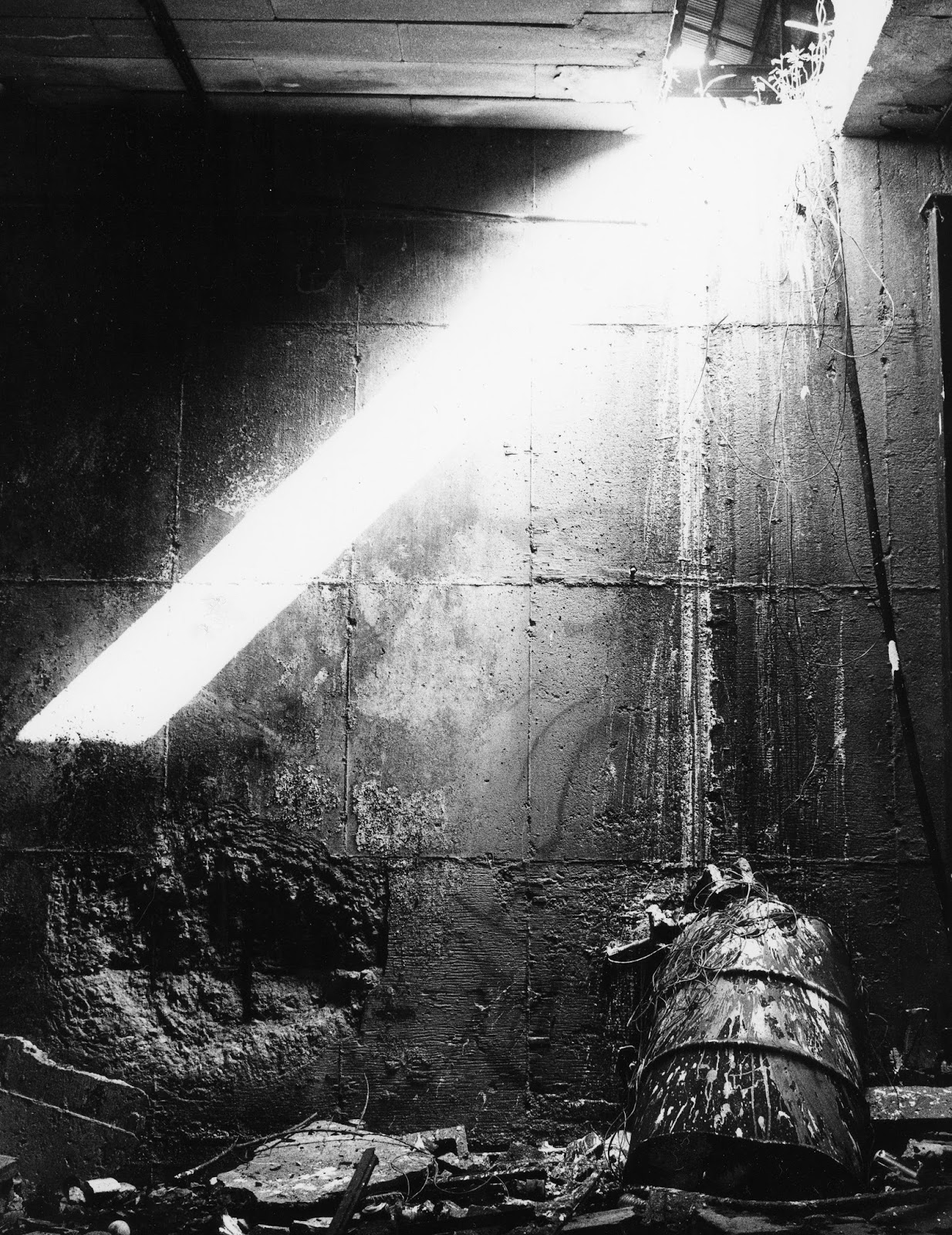 Here's another scene from my visit to the Fox Valley Grease Factory. Someone had taken paint and dripped it from a hole in the ceiling onto an old barrel. I liked the sharp diagonal line the sunlight created on the wall next to the barrel. I used my Mamiya C330 with a 55mm lens on Kodak TMax 400 film. The physical print is around 7x10 inches.
Posted by Brennan at 6:06 PM

Print: The View From Rock Bottom 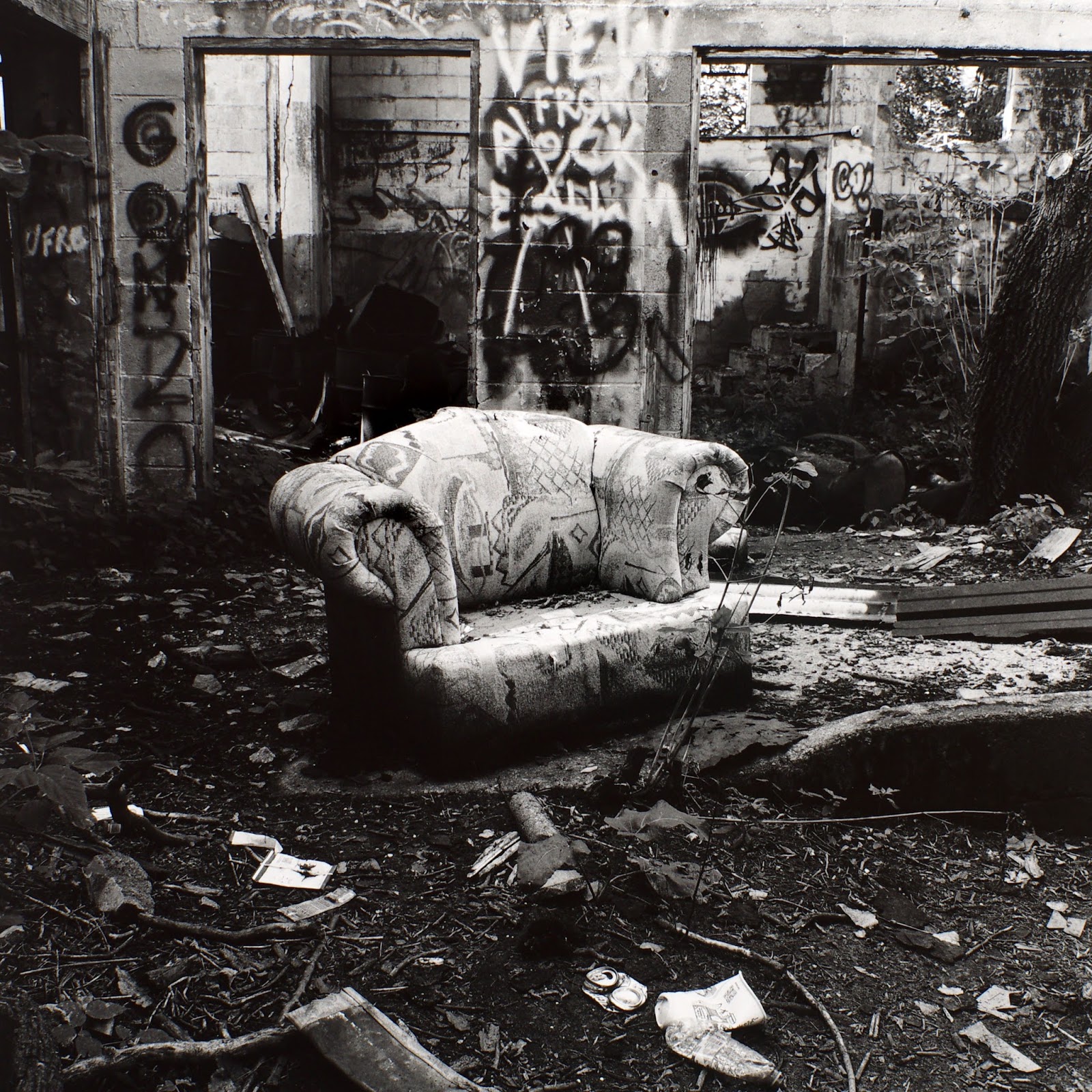 Last weekend, Aaron and I explored an abandoned grease factory in Huntley, Illinois. The building has been abandoned for over three decades, and it shows. Walls and ceilings are missing, trees are growing through the floor, and graffiti covers the structure like wallpaper. This chair was sitting in the back room of the factory, overlooking a small forest stream (since the wall had long since fallen down). I used my Mamiya C330 with a 55mm lens, and Kodak T-Max 400 film. The physical print is 10 x 10 inches.
Posted by Brennan at 7:57 PM 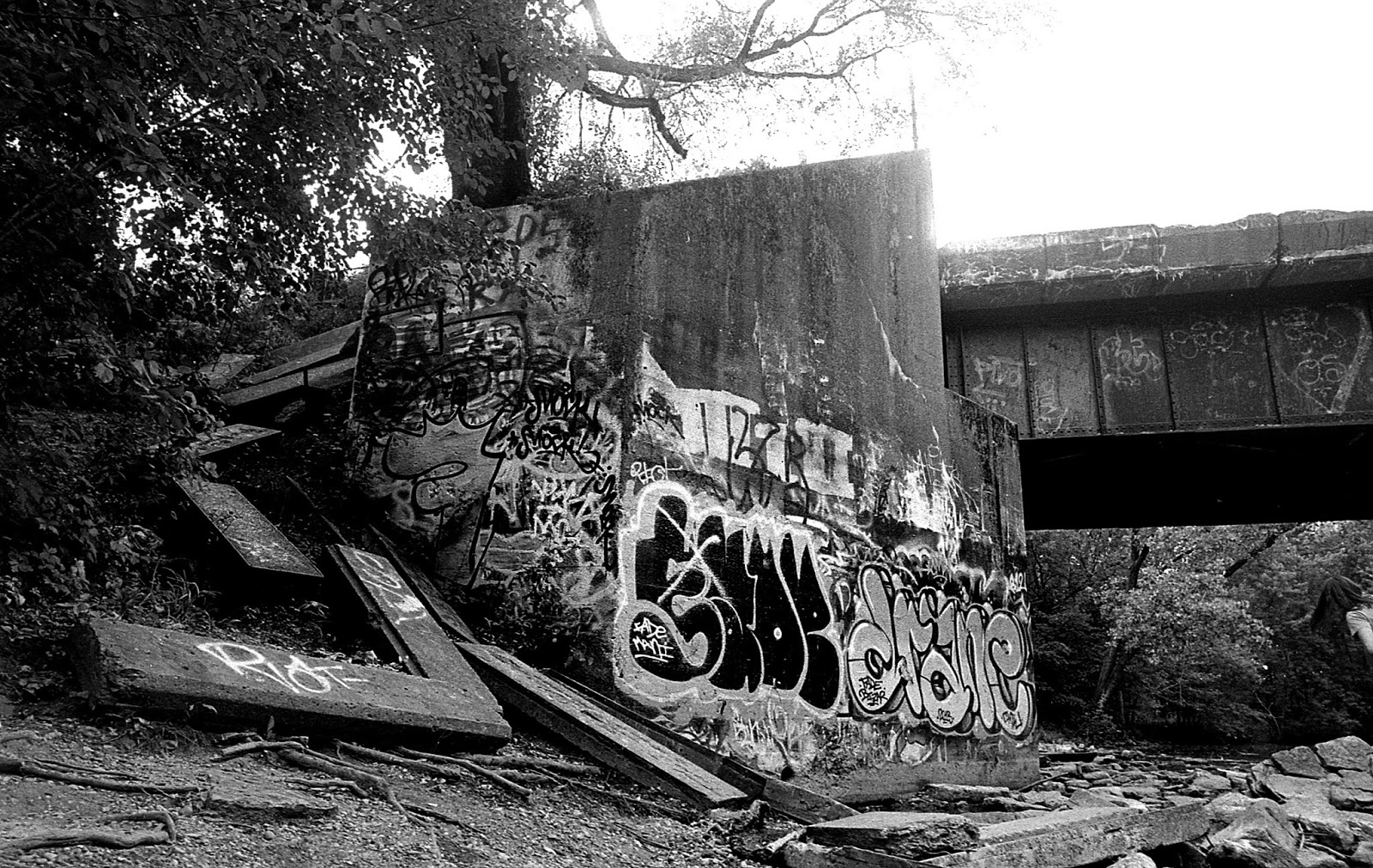 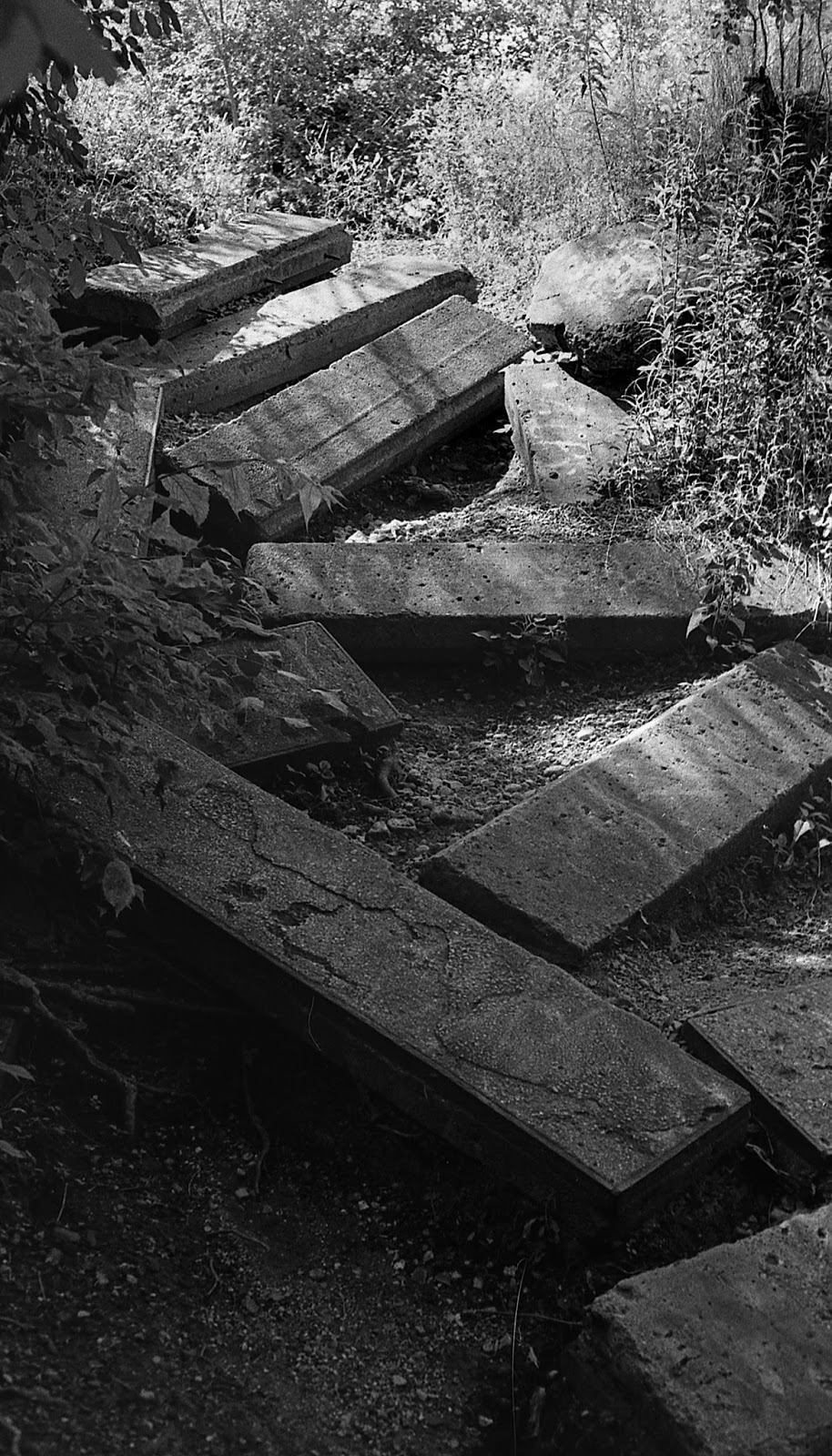 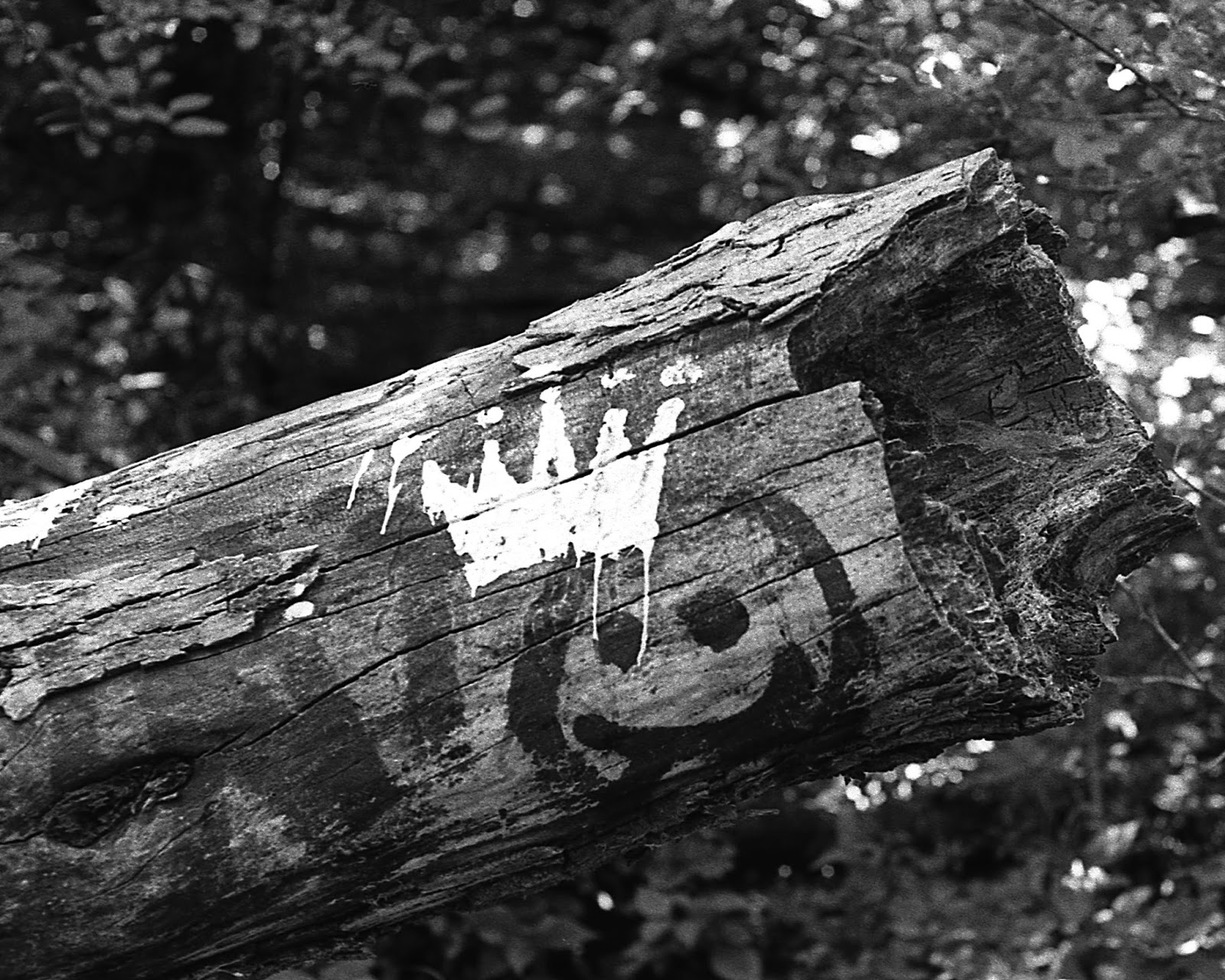 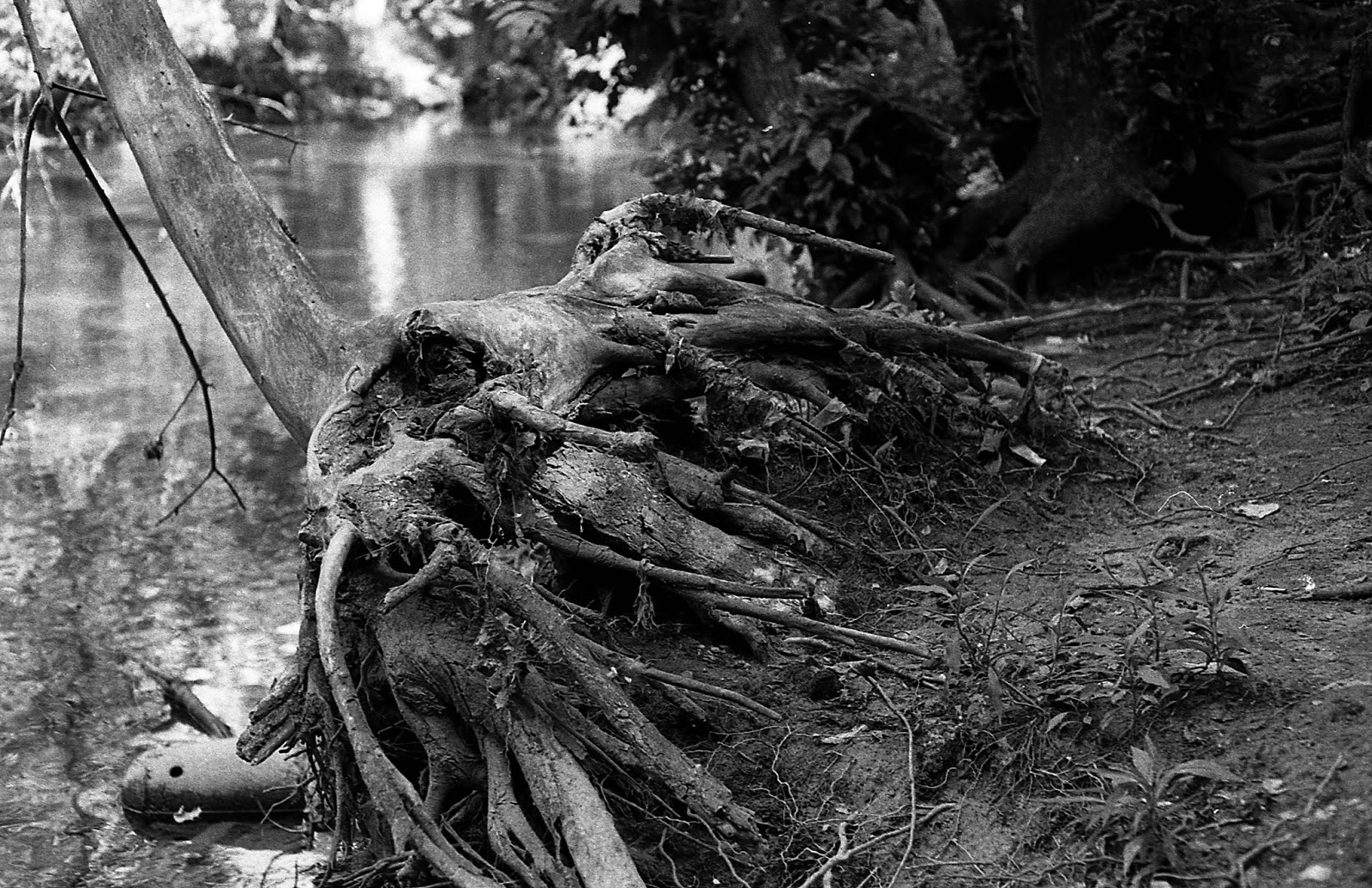 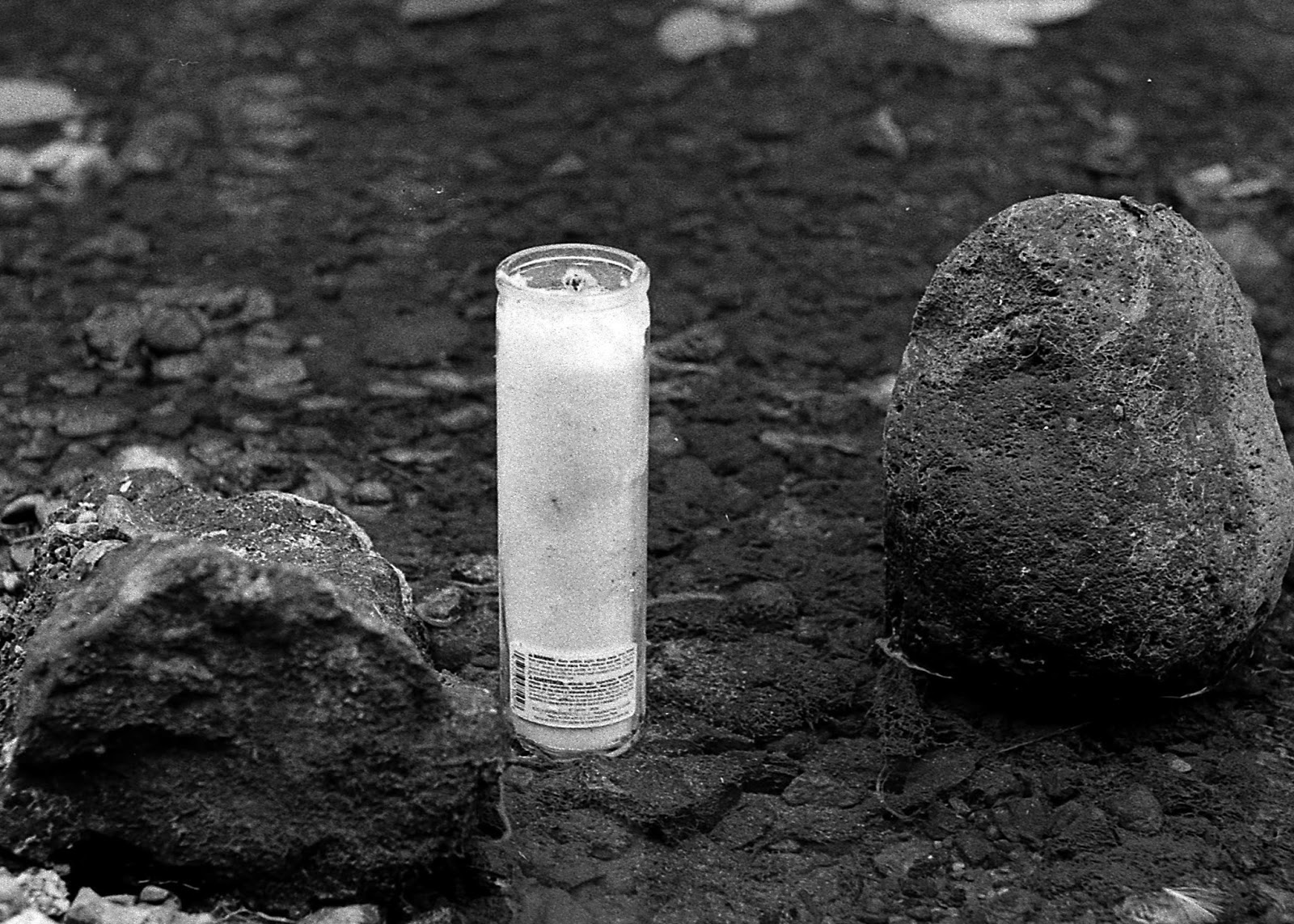 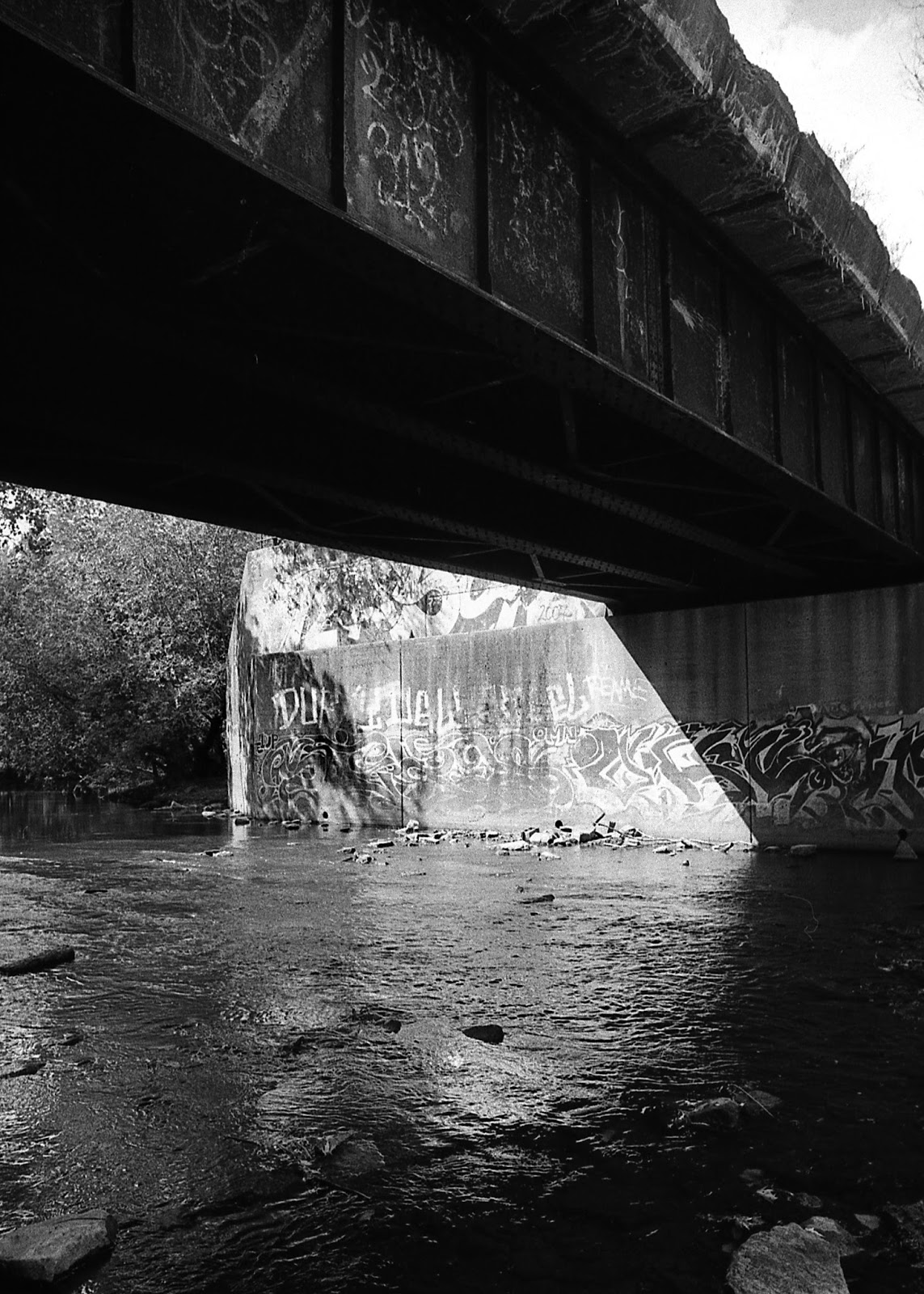 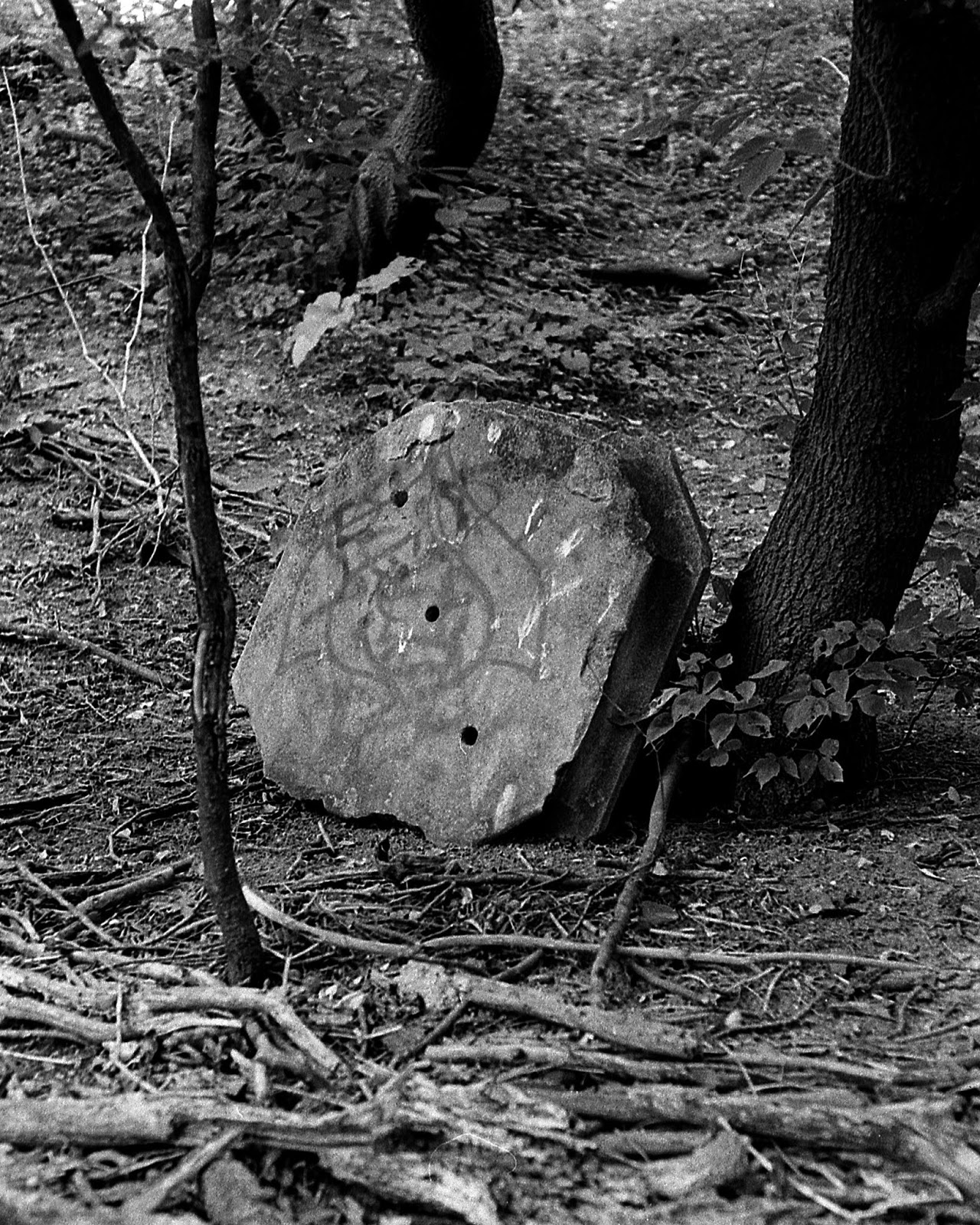 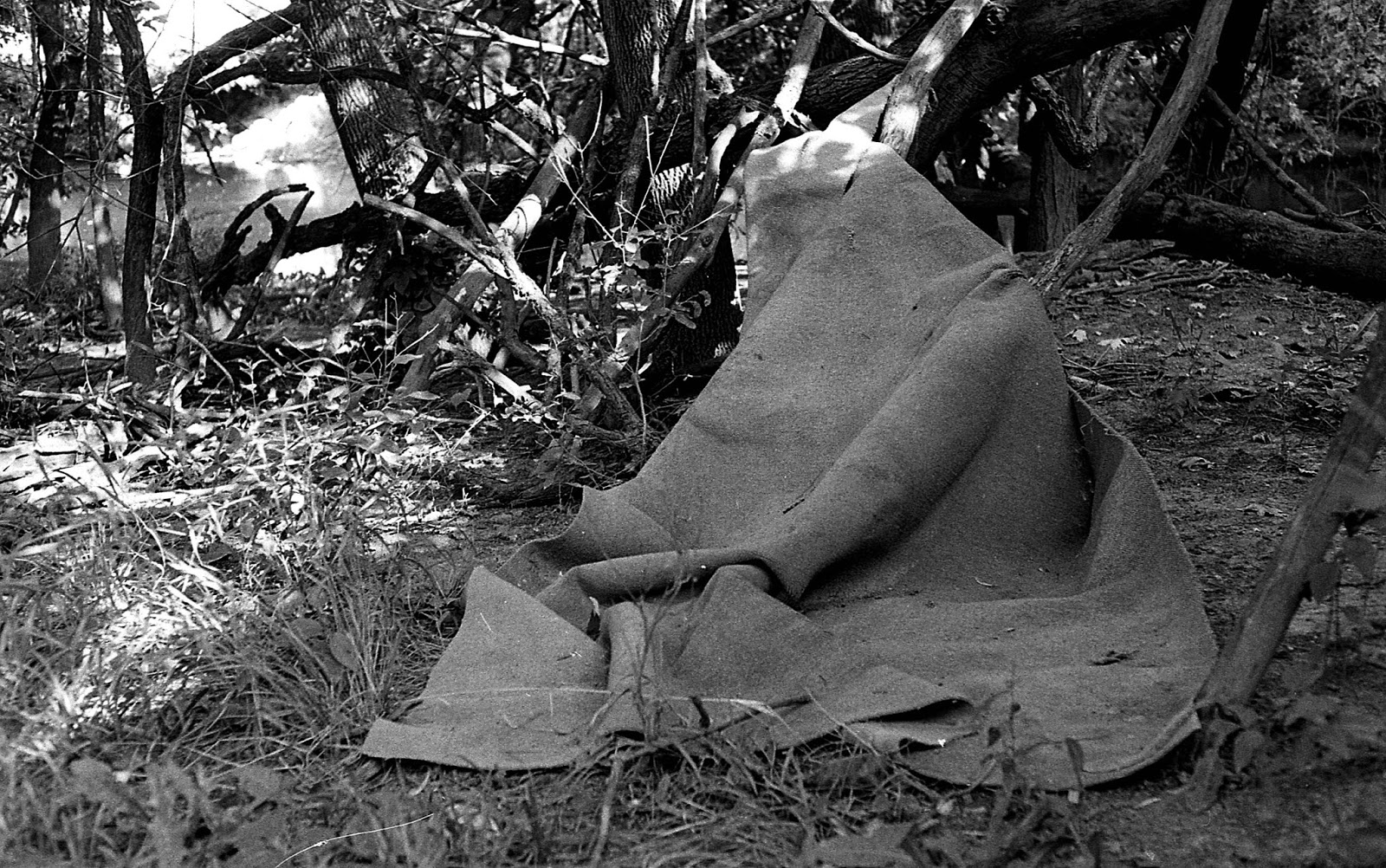 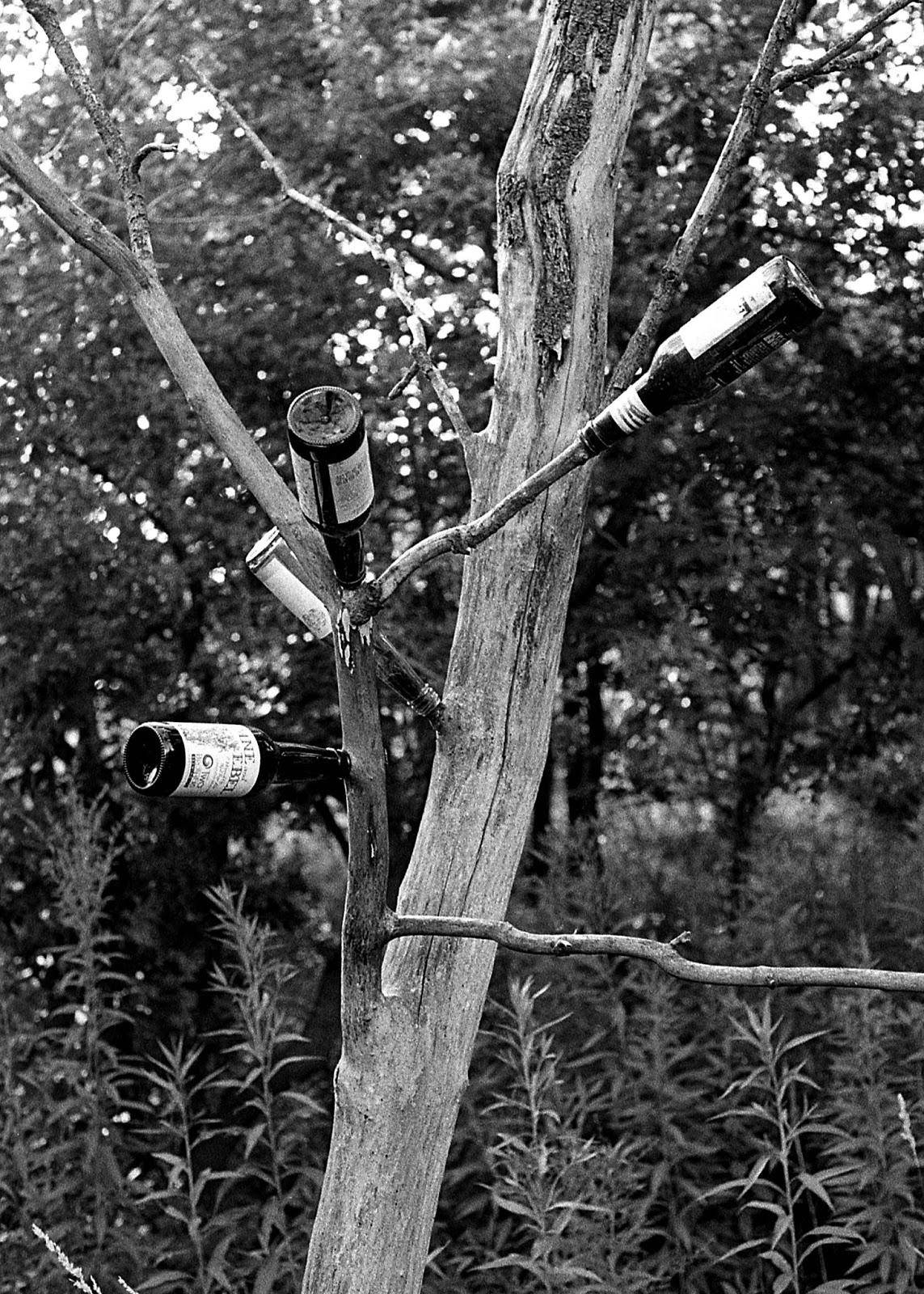 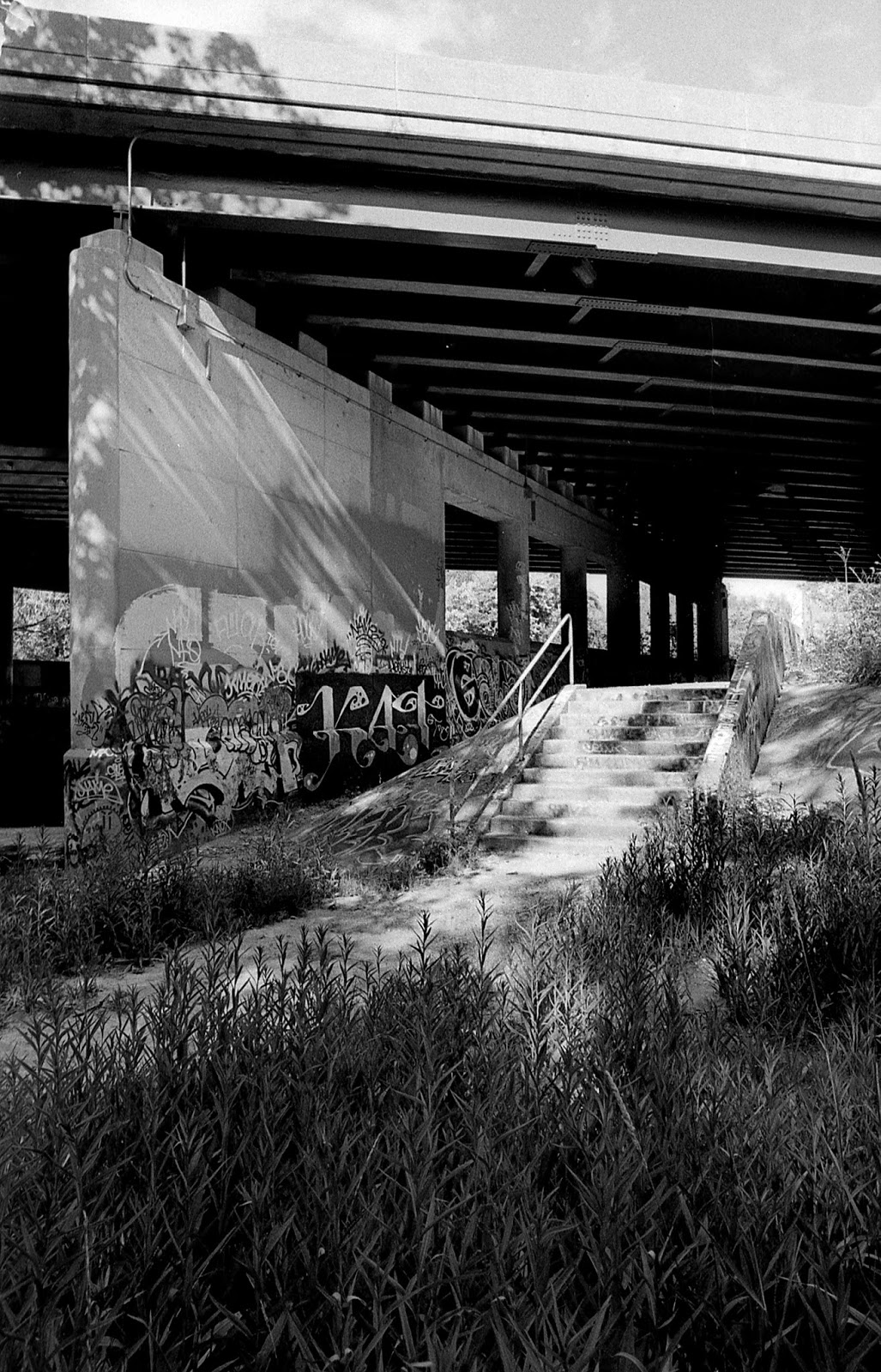