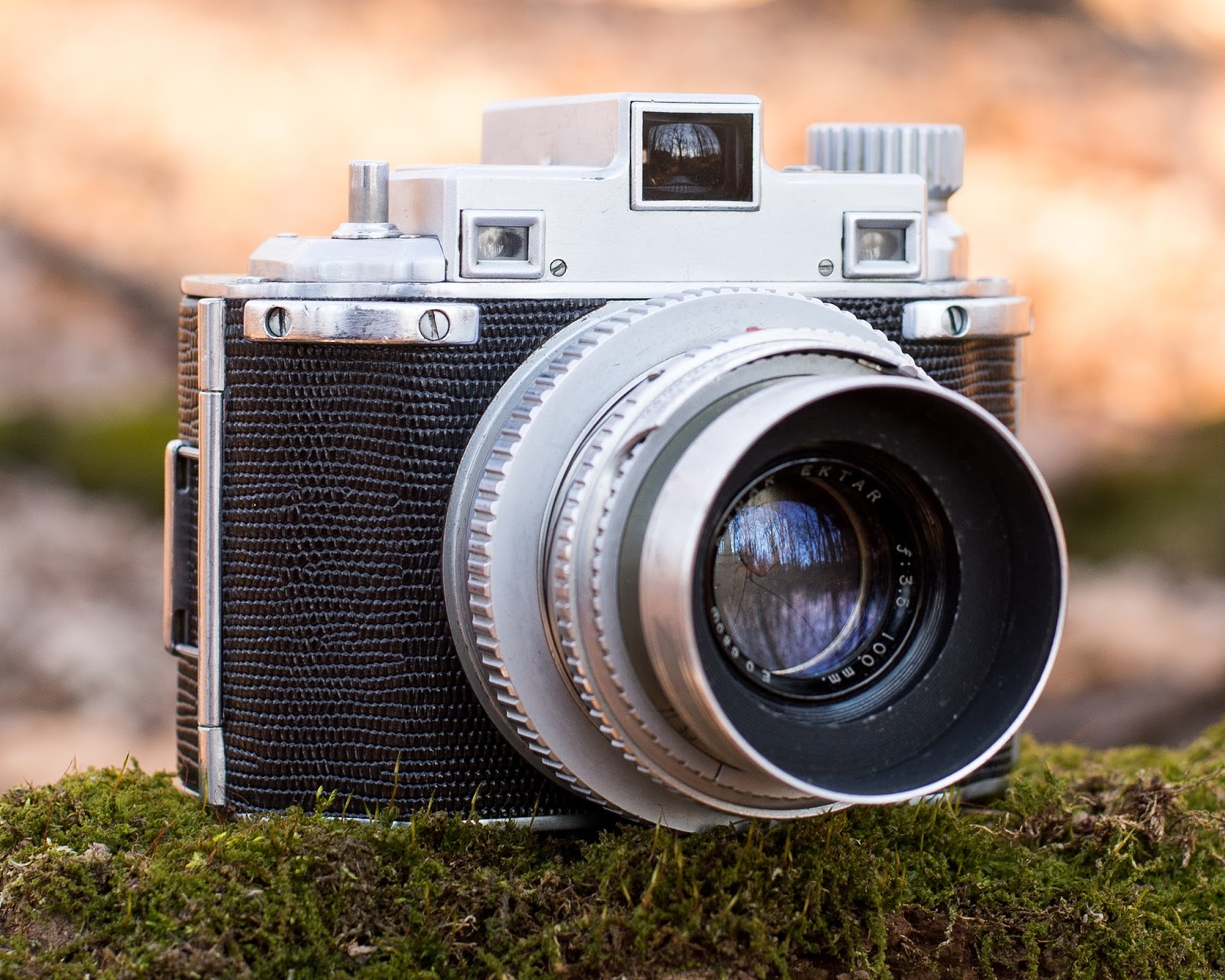 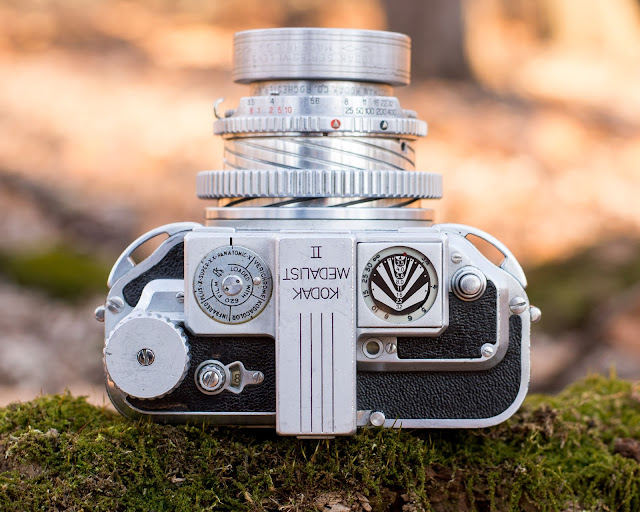 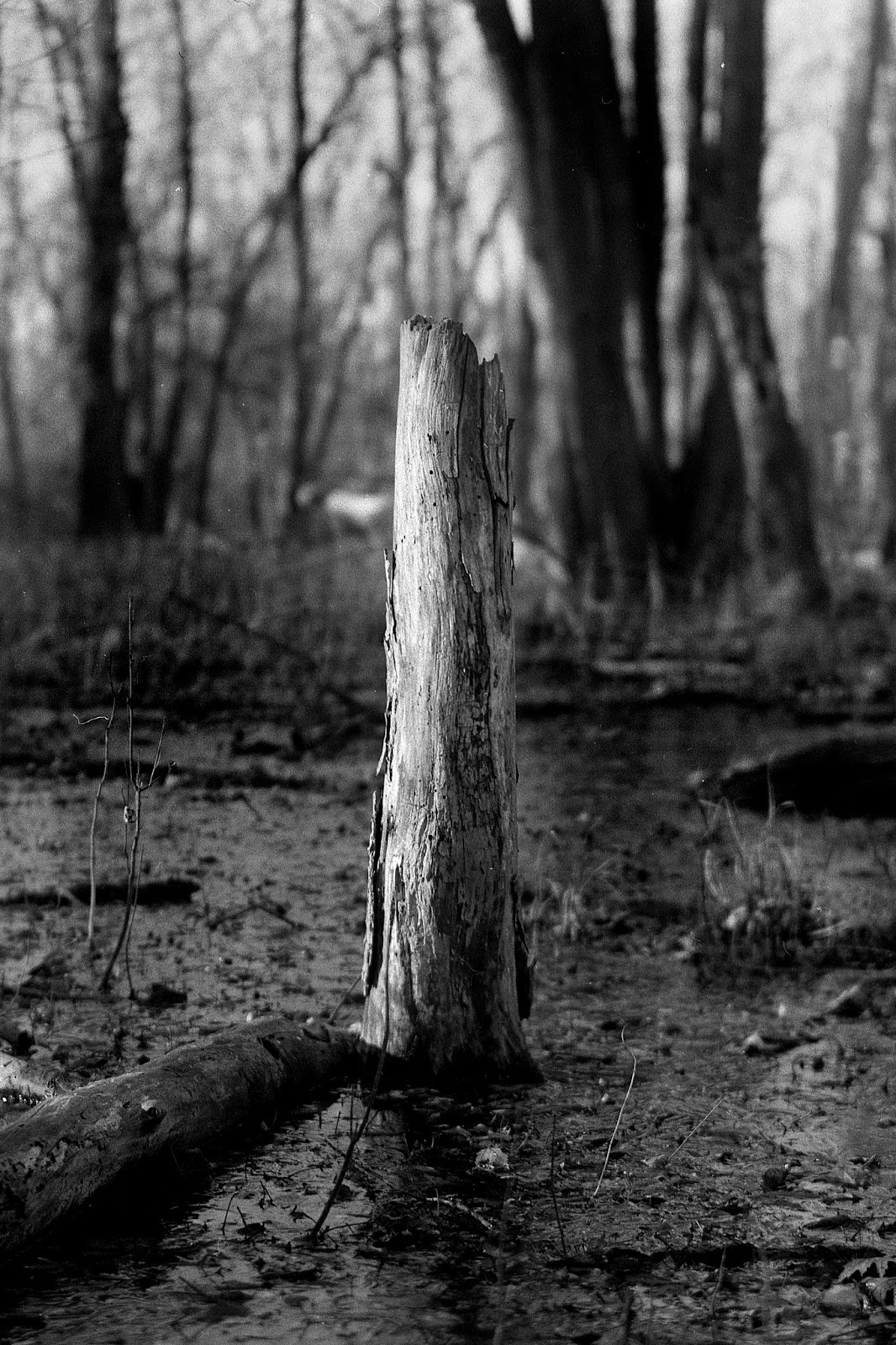 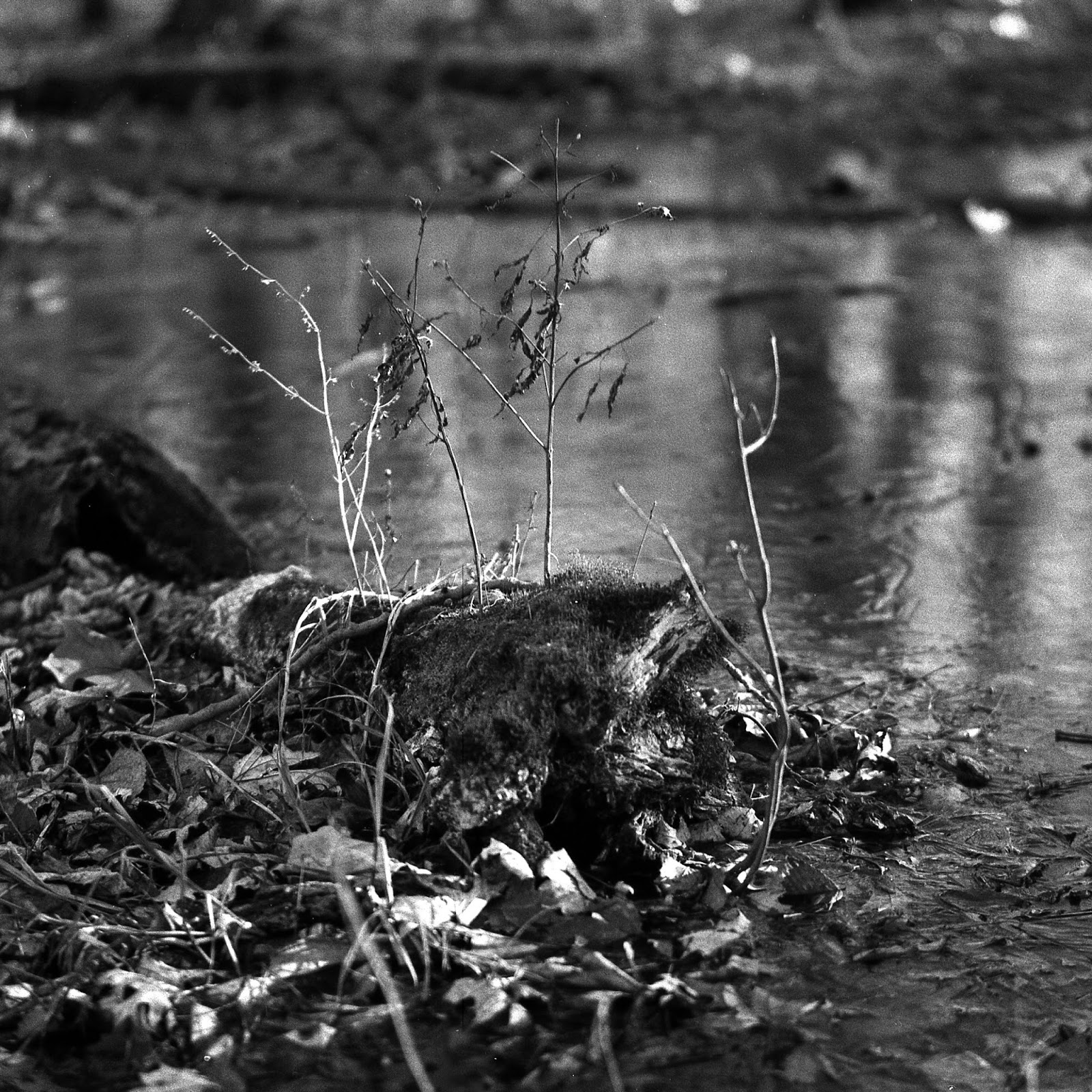 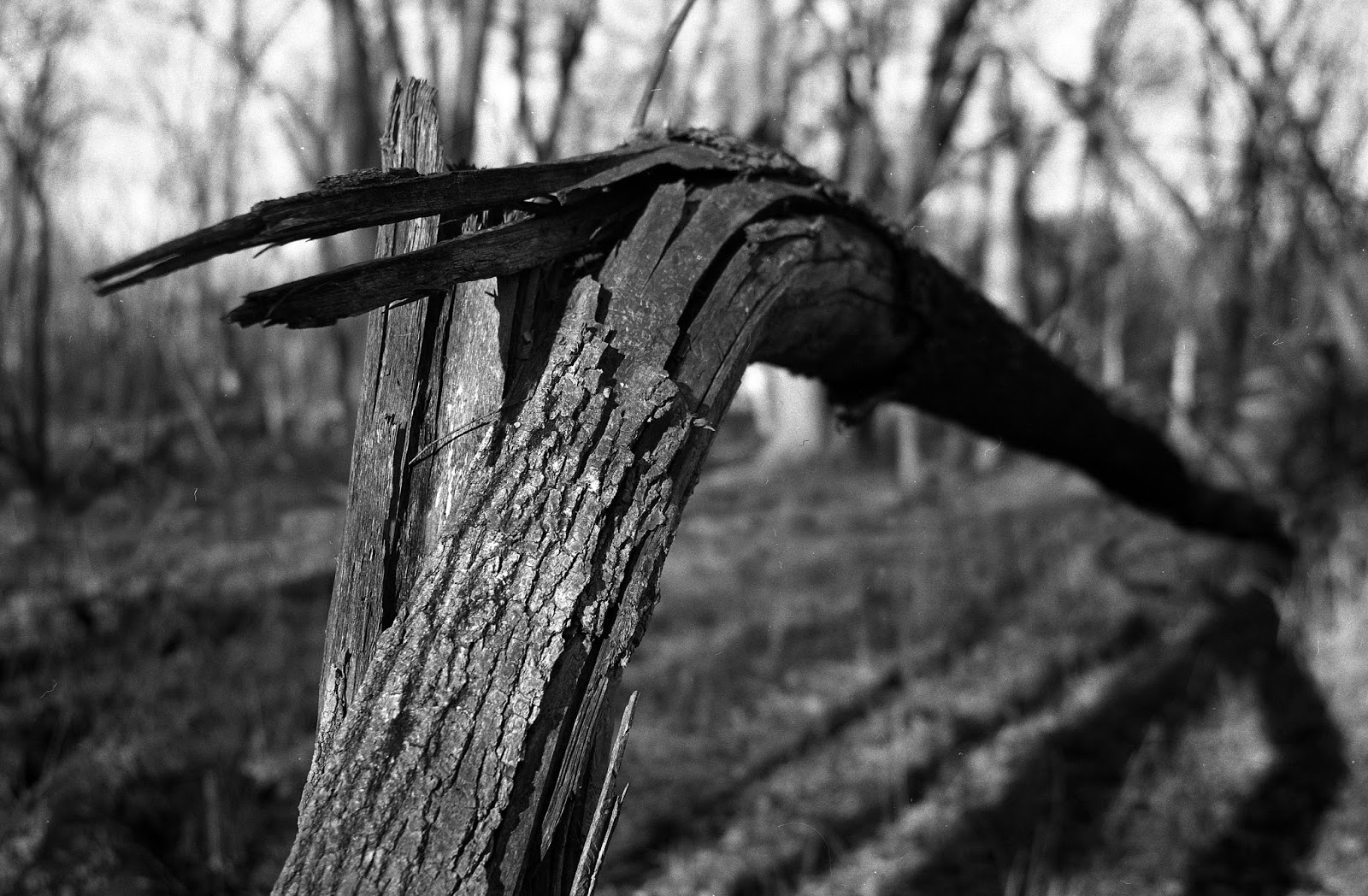 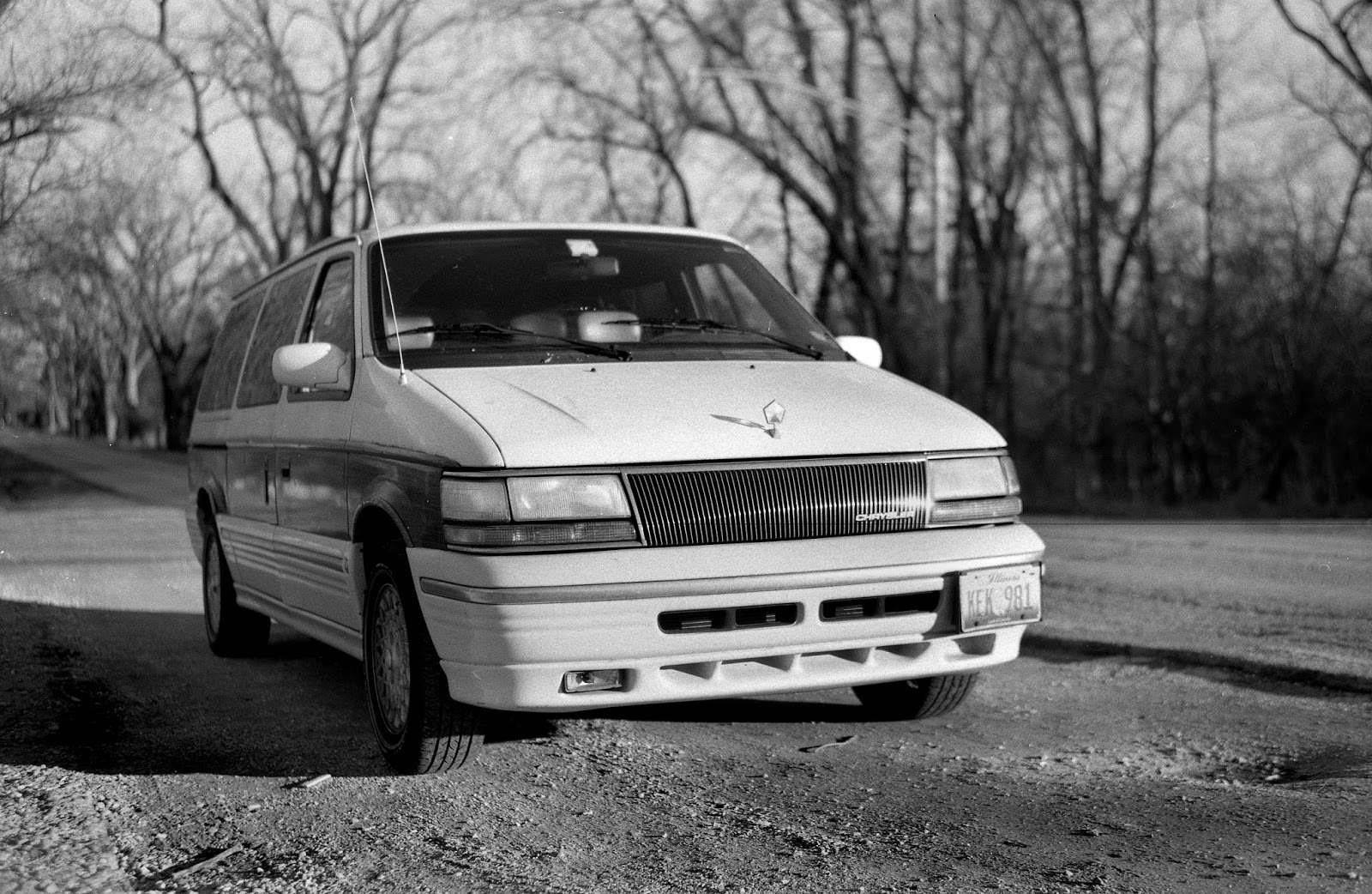 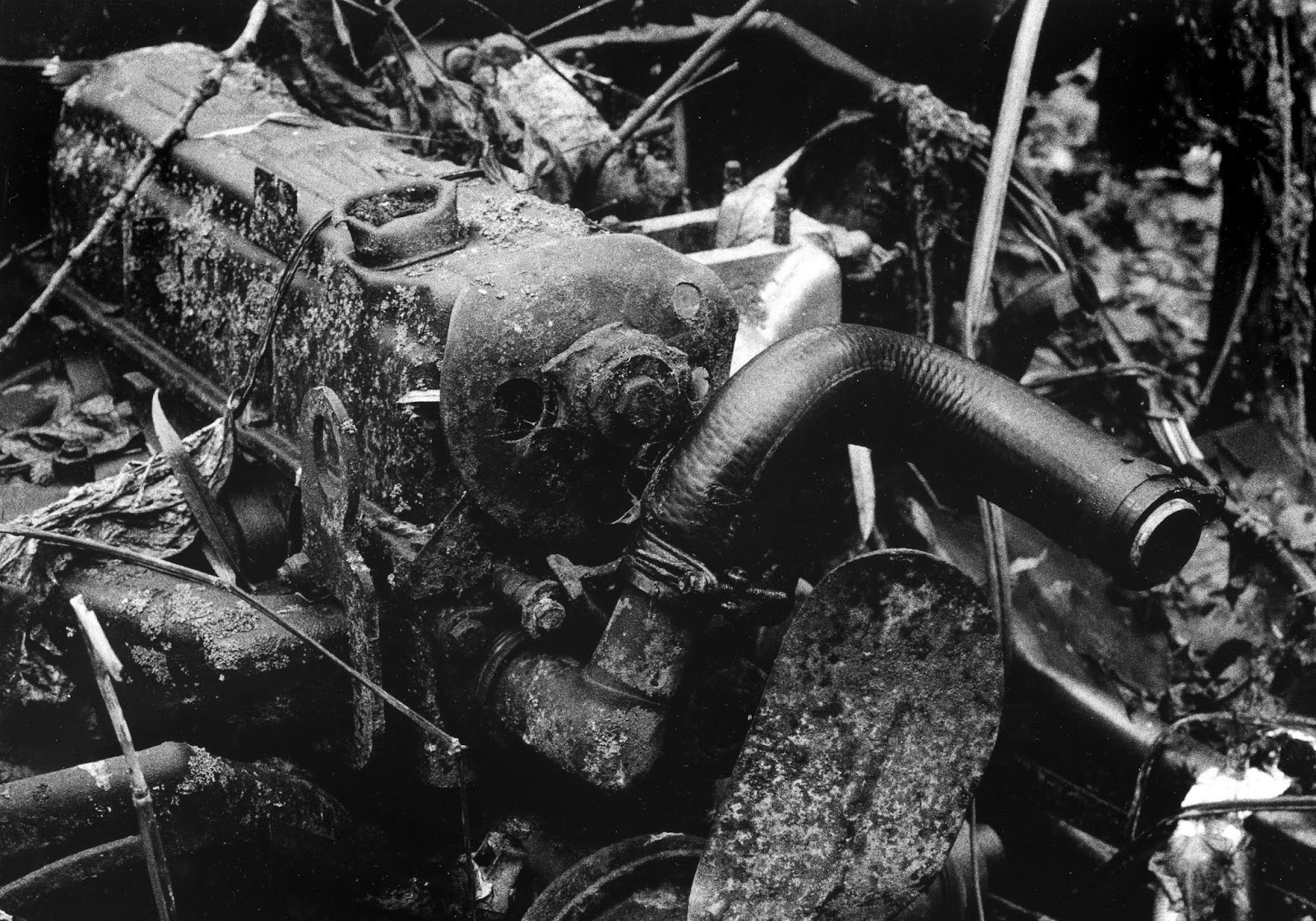 I finally got around to getting a new bulb for my D5 enlarger! Here's a print I made this evening from a negative from the mini junkyard behind the Huntley grease factory. I think this engine is in need of a tune up...

I'm not sure if I like this print of not. It's a bit busy. Still, it shows some nice texture, and the subject is pretty interesting.

Since I started shooting film back in college, I have always been a Pentax guy. My first manual film camera was a Ricoh A-100 Super (that had a Pentax K mount), which I soon traded for a Pentax MX, and then an LX. However, since buying my first Nikon F a little while ago and learning the important history of that camera, I have become increasingly interested in Nikon. About a month ago, I swapped a few items at a camera show for a Nikon FM2n, and then just yesterday I bought an FM for just $17(!) at an estate sale.

The FM was first produced in 1977, while the FM2n came out in 1984. Both are excellent fully manual 35m SLR cameras, which require batteries only for the light meter. However, there are some pretty significant differences between the two nearly identical looking models. This post is meant to highlight these differences (as well as the similarities) and help you decide which FM is right for your needs.


The basic shell of the FM and FM2n bodies are identical. They're both made out of copper-aluminum alloy; there is no difference in build-quality. The DOF preview switch and self timer lever are of slightly different aesthetic design, but on a functional level, the difference is completely negligable.


The FM has shutter speeds from 1-1/1000th of a second, plus bulb. Metering range is 12-3200 ISO (ASA). Flash sync is 1/125th of a second and slower. Double exposures are possible by sliding the switch below the shutter speed dial to the left while cocking the shutter. The shutter has a locking mechanism, which works by twisting the dial around the shutter release so that the red line meets the white line. The shutter release accepts both standard and nikon-brand AR-2 cable releases. The meter is activated by pulling out the advance lever part-way.

The FM2n has some important differences when it comes to the controls. Shutter speeds range from 1 second to a much faster 1/4000th, plus bulb. The metering is one stop more sensitive on the high end, ranging from 12-6400 ISO (ASA). Flash sync is one stop faster at 1/250th. Multiple-exposures are still possible, but the switch has been moved to the right of the advance lever, making it easier to operate with one hand. The shutter release is more comfortable, but is unable to accept AR-2 cables releases. The shutter locking mechanism is terrible on the FM2n. To fire the shutter, the advance lever HAS to be pulled out slightly (like in the above photo). If the lever is pushed in flush with the camera, the shutter will NOT fire. Ugh. Awful design. This is by far the worst "feature" of the FM2n. I just love having that lever poke me in the face while I'm trying to compose by shot. Metering is activated by half-pressing the shutter release.


Both the FM and FM2n sport F mounts. The FM has a nifty retractable meter-coupling tab that allows for the use of older non-AI Nikkor lenses.

The FM2n does NOT have a retractable meter-coupling tab. This means non-AI lenses will NOT work. Why? Why would Nikon omit this feature and severely limit the FM2n's lens compatibility? It makes absolutely no sense to me. Maybe they wanted to sell more AI lenses?


The FM's focus screen has a split-image rangefinder with microprism ring, and an overall matte area. It's perfect for general photography. It's also not interchangeable.


The standard FM2n focus screen is the same as in the FM, but it's interchangeable with a couple of other screens, making the FM2n a bit more versatile in this regard.

Both the FM and FM2n are great all manual cameras. If you absolutely need faster shutter speeds and flash sync, go with the FM2n. If you have older non-AI lenses you like to use, and don't like getting poked in the face with advance levers, go with the FM. You can't really go wrong with either.

I took both cameras out today and photographed an old abandoned cancer treatment center in Highland Park, Illinois. Here are my results: 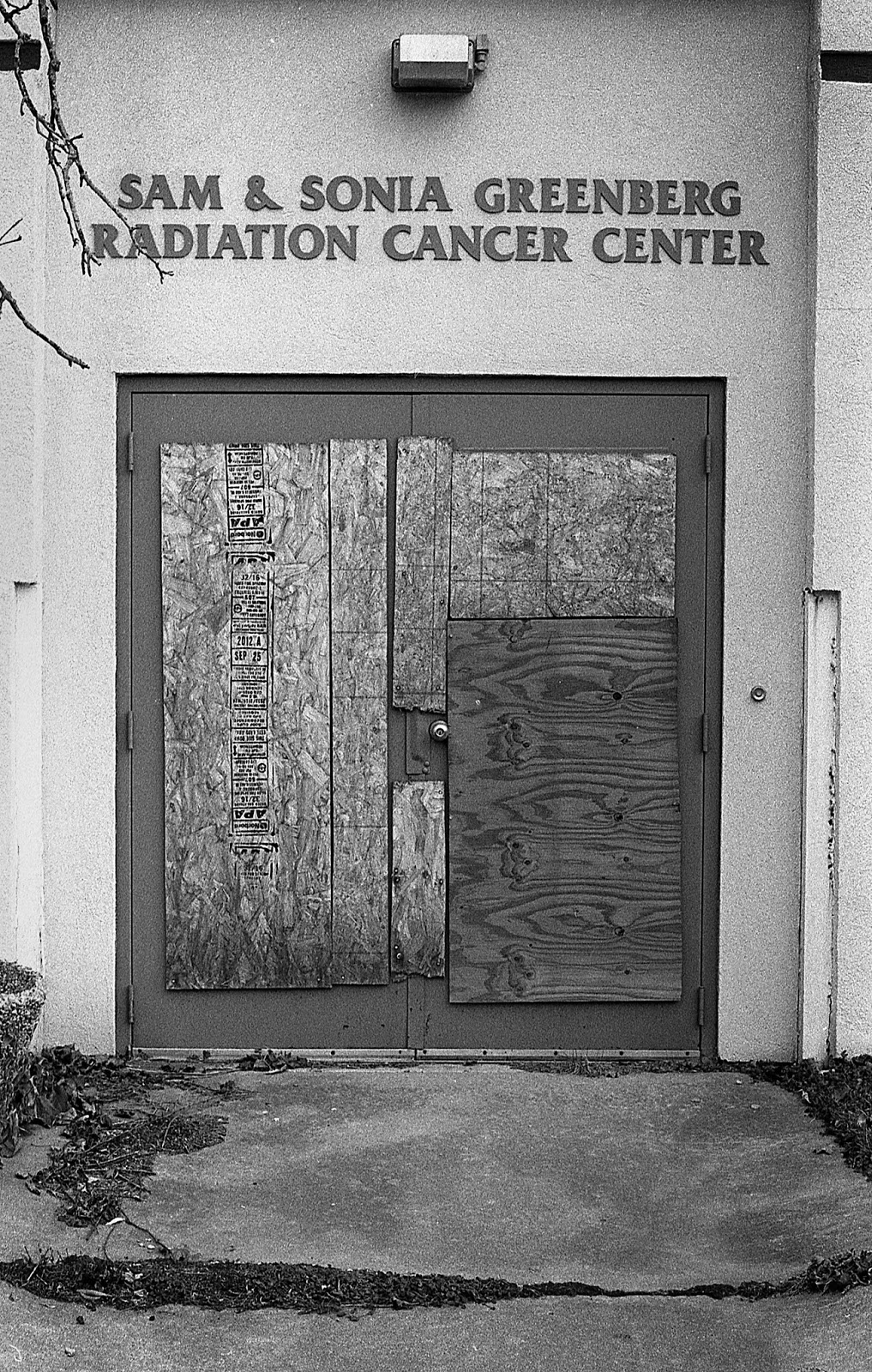 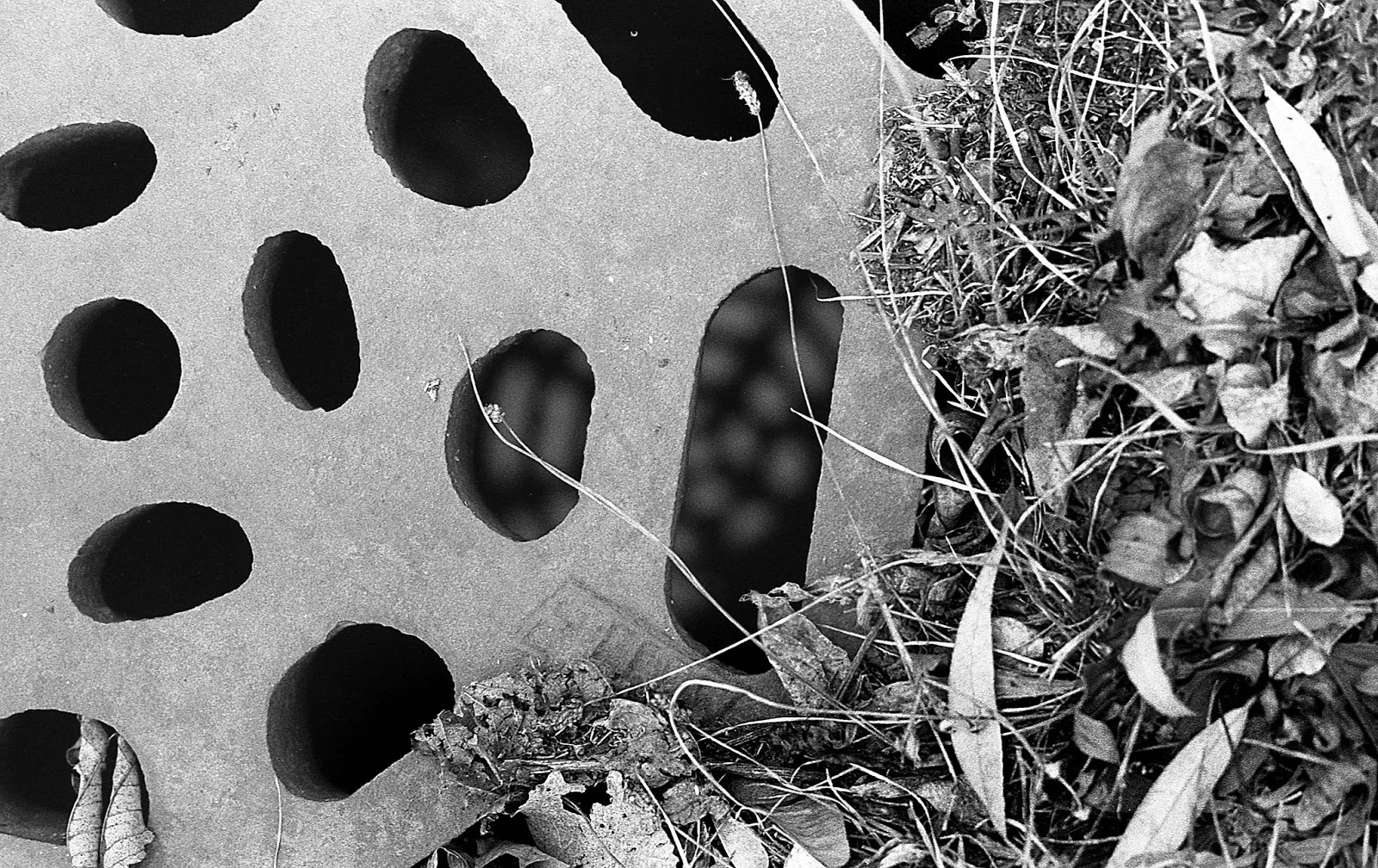 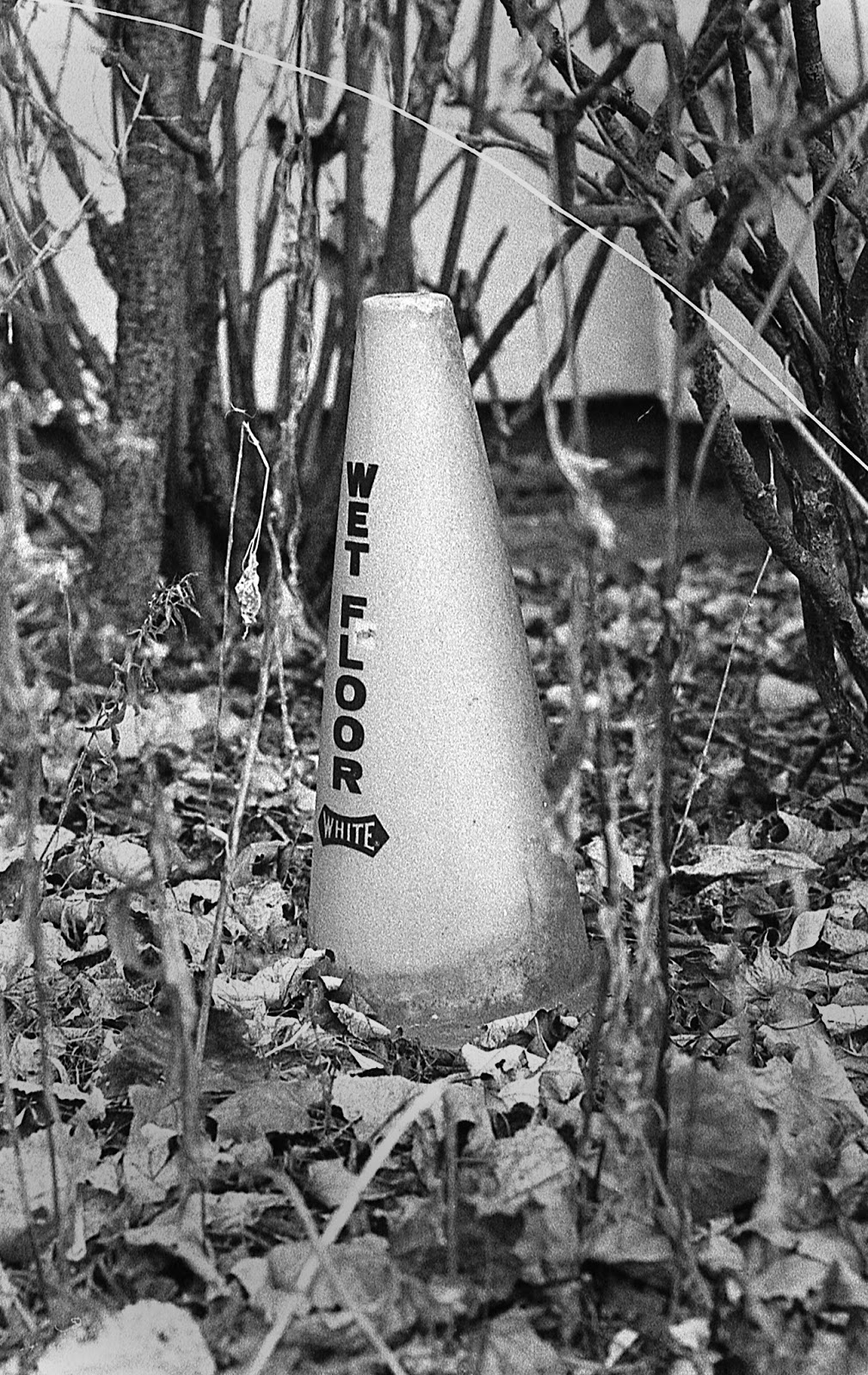 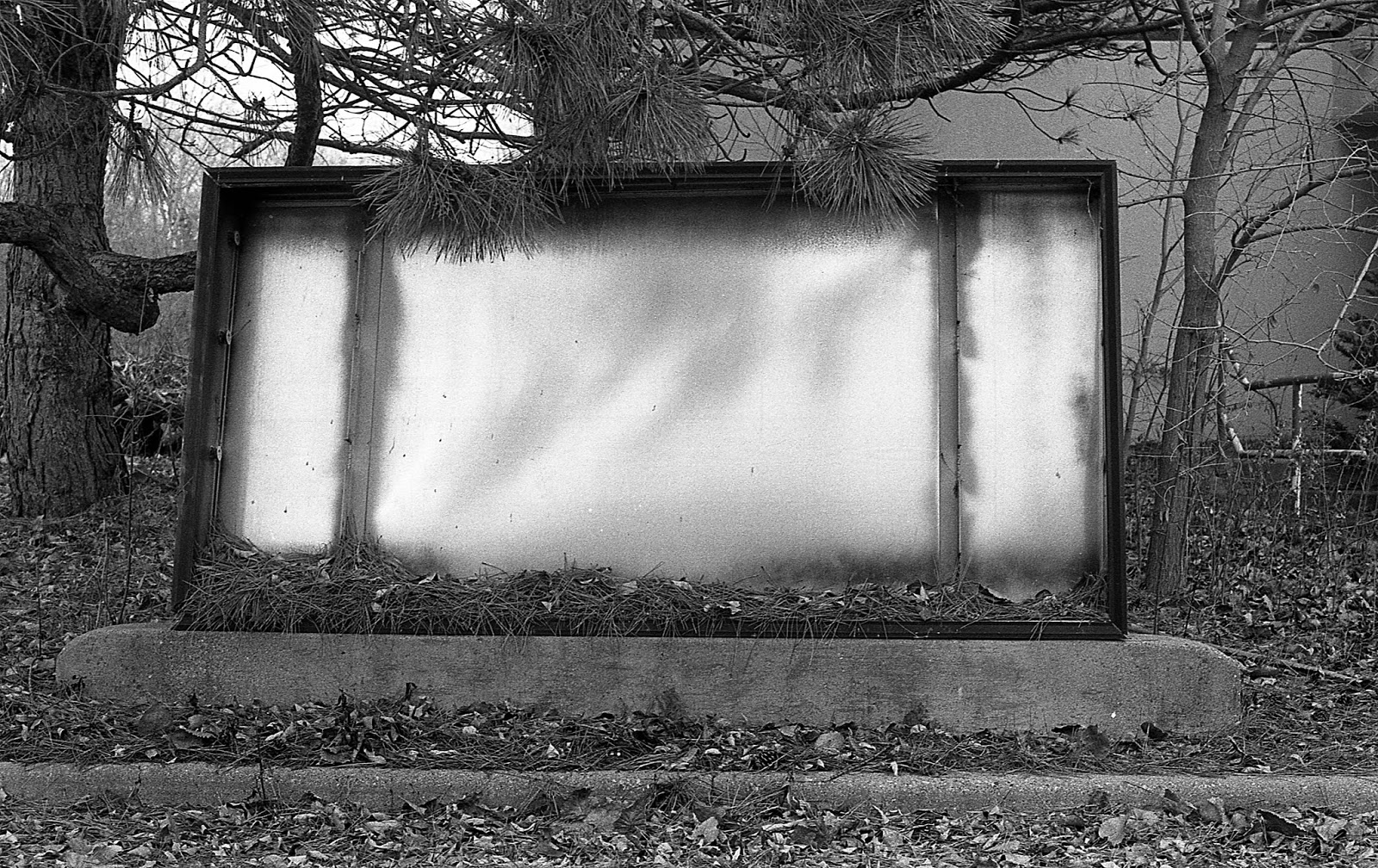 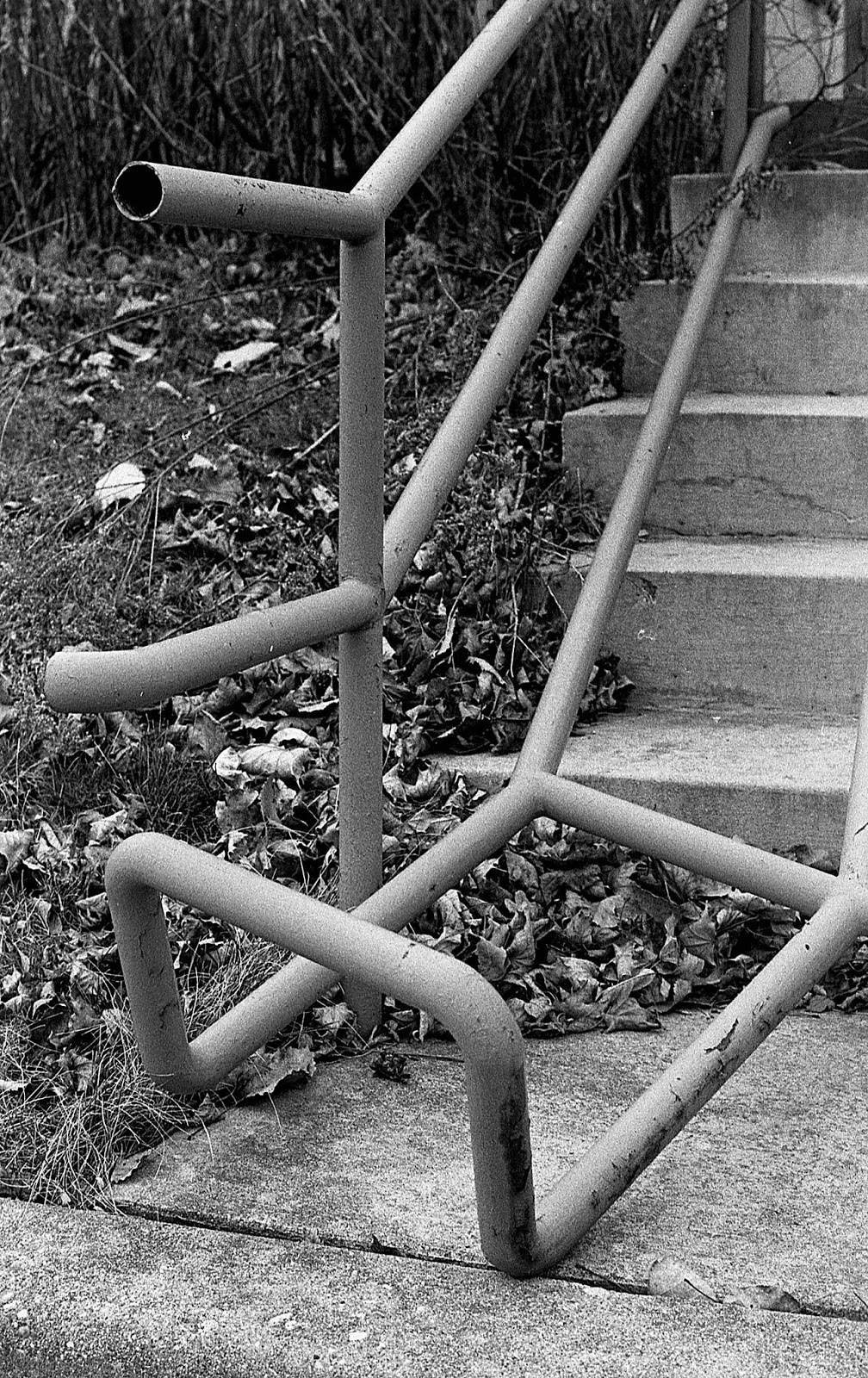 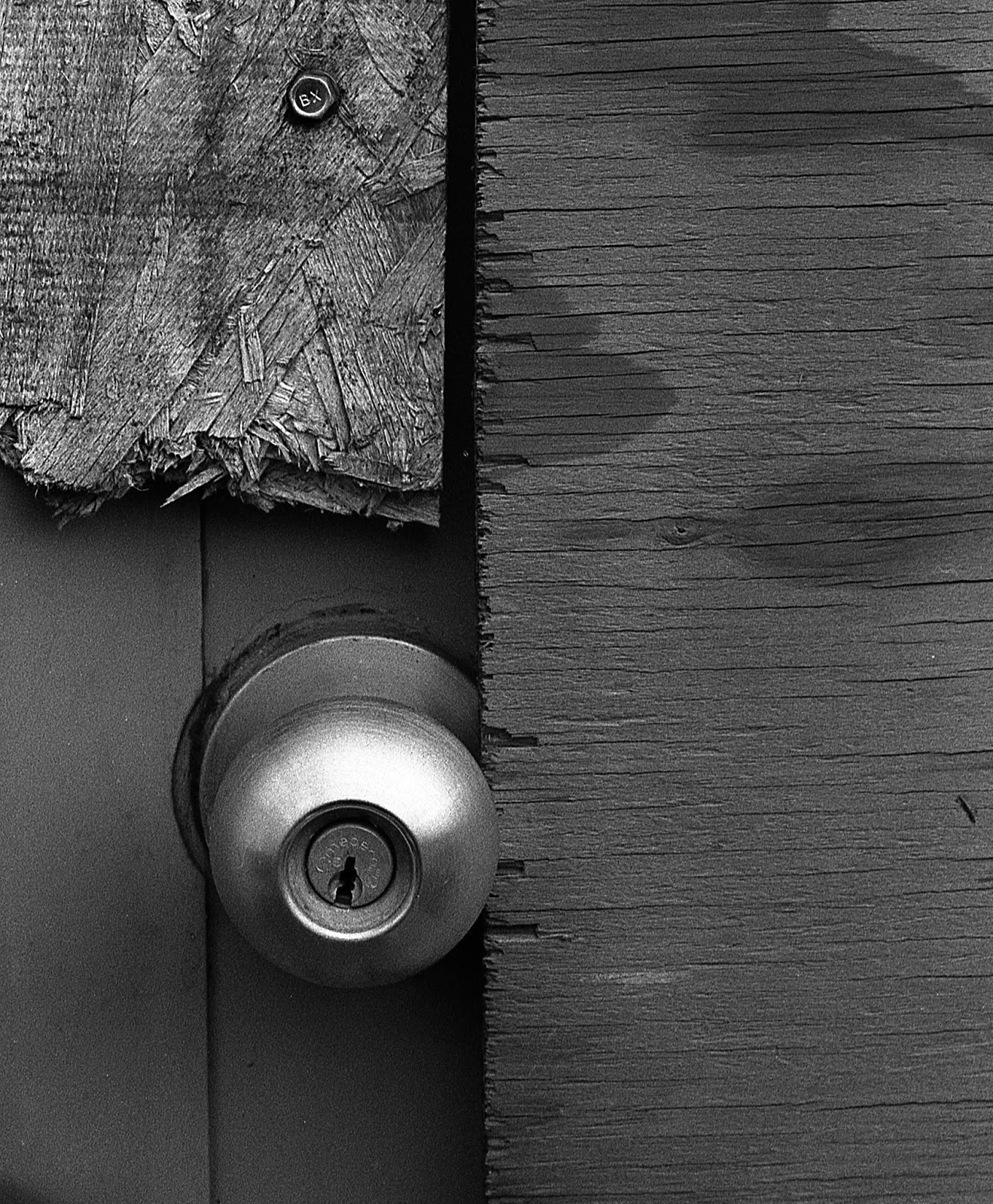 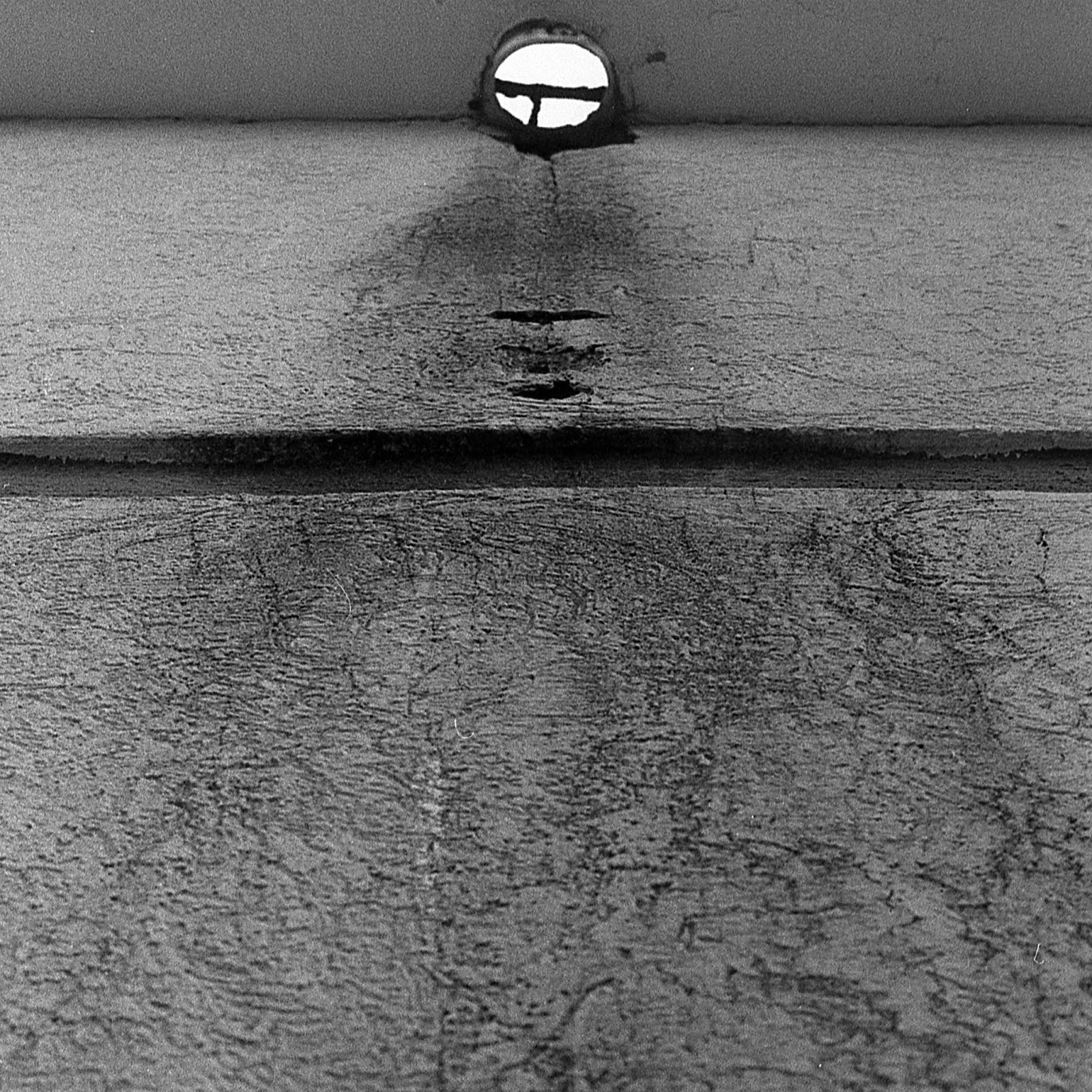 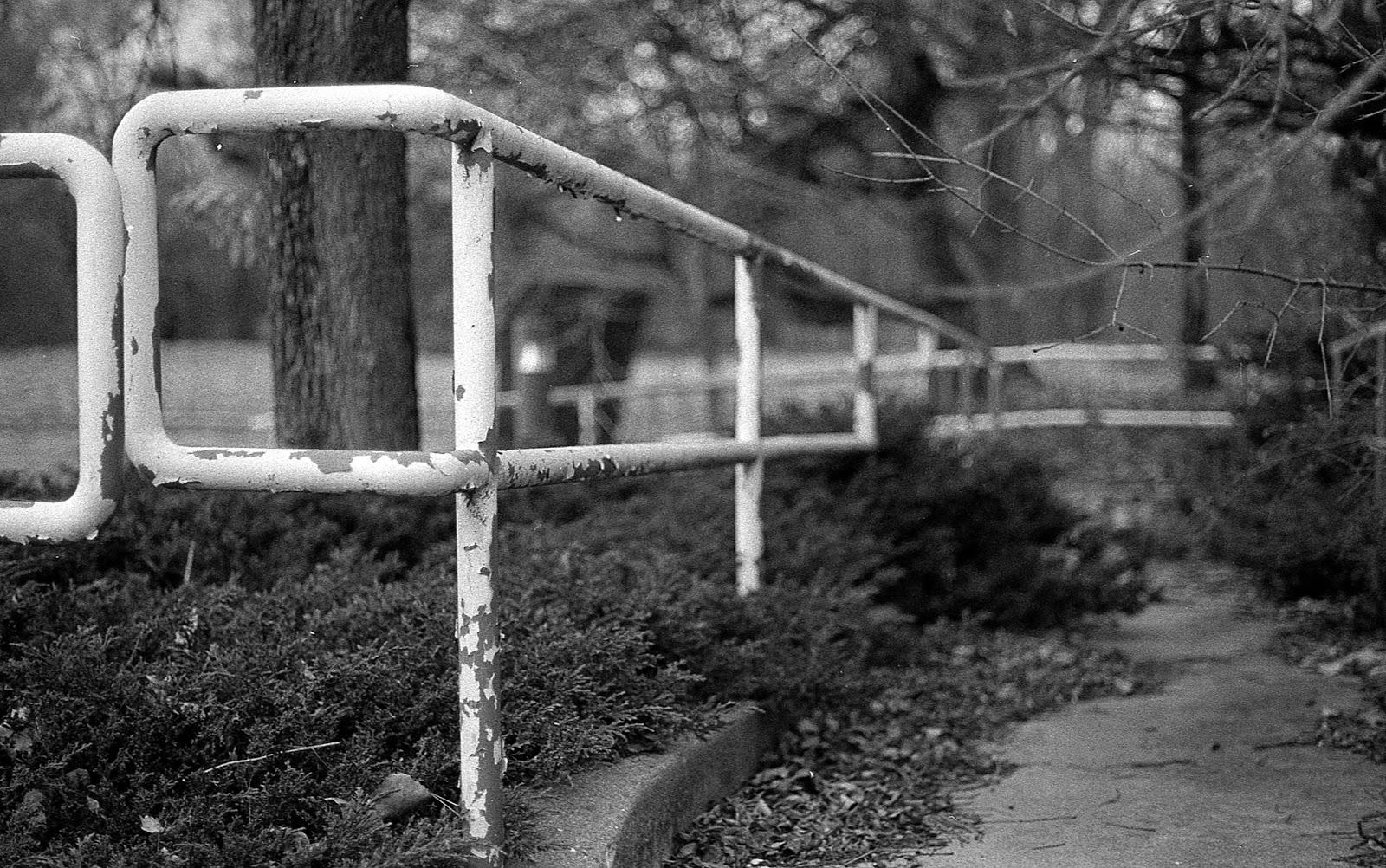 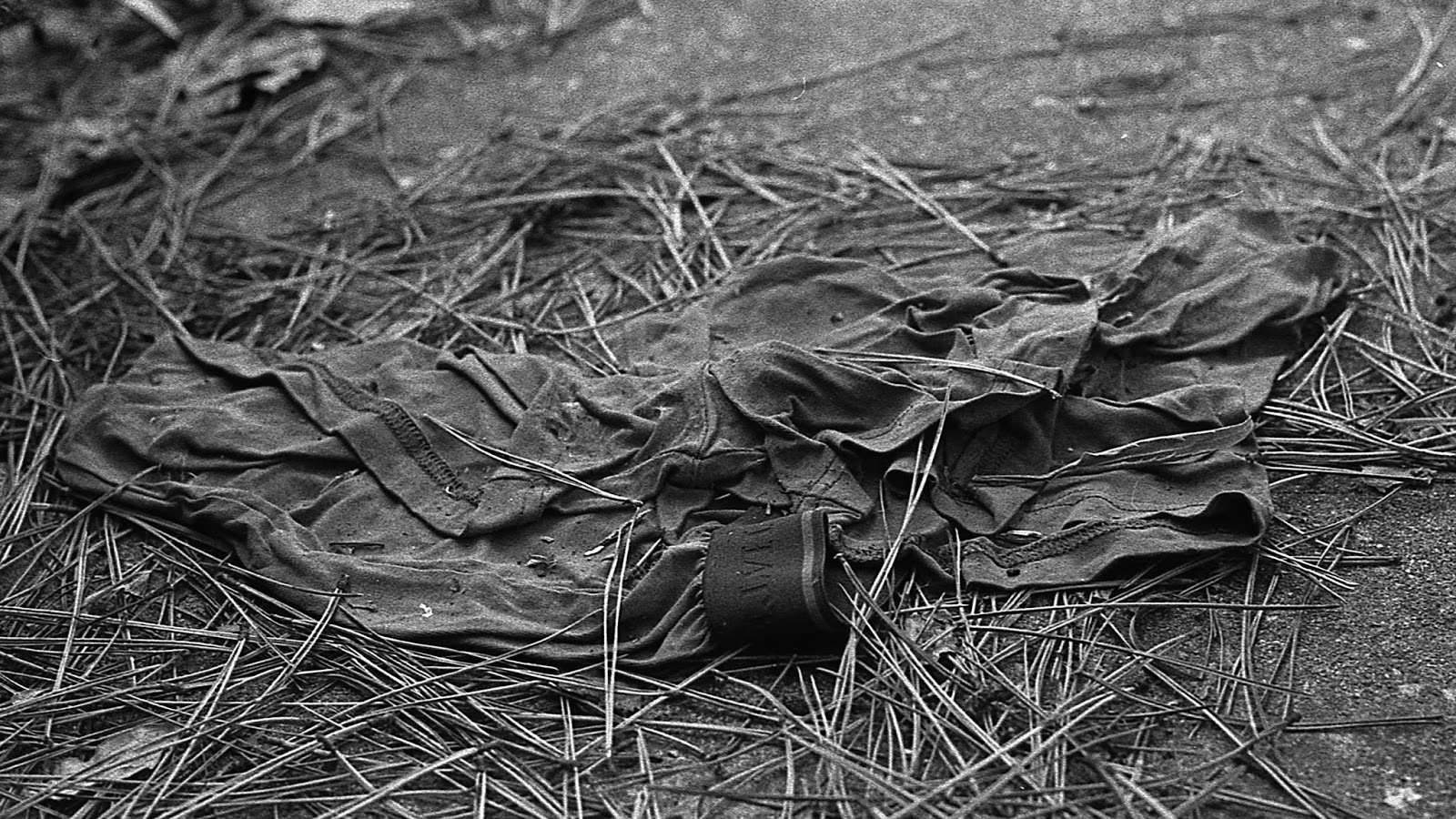 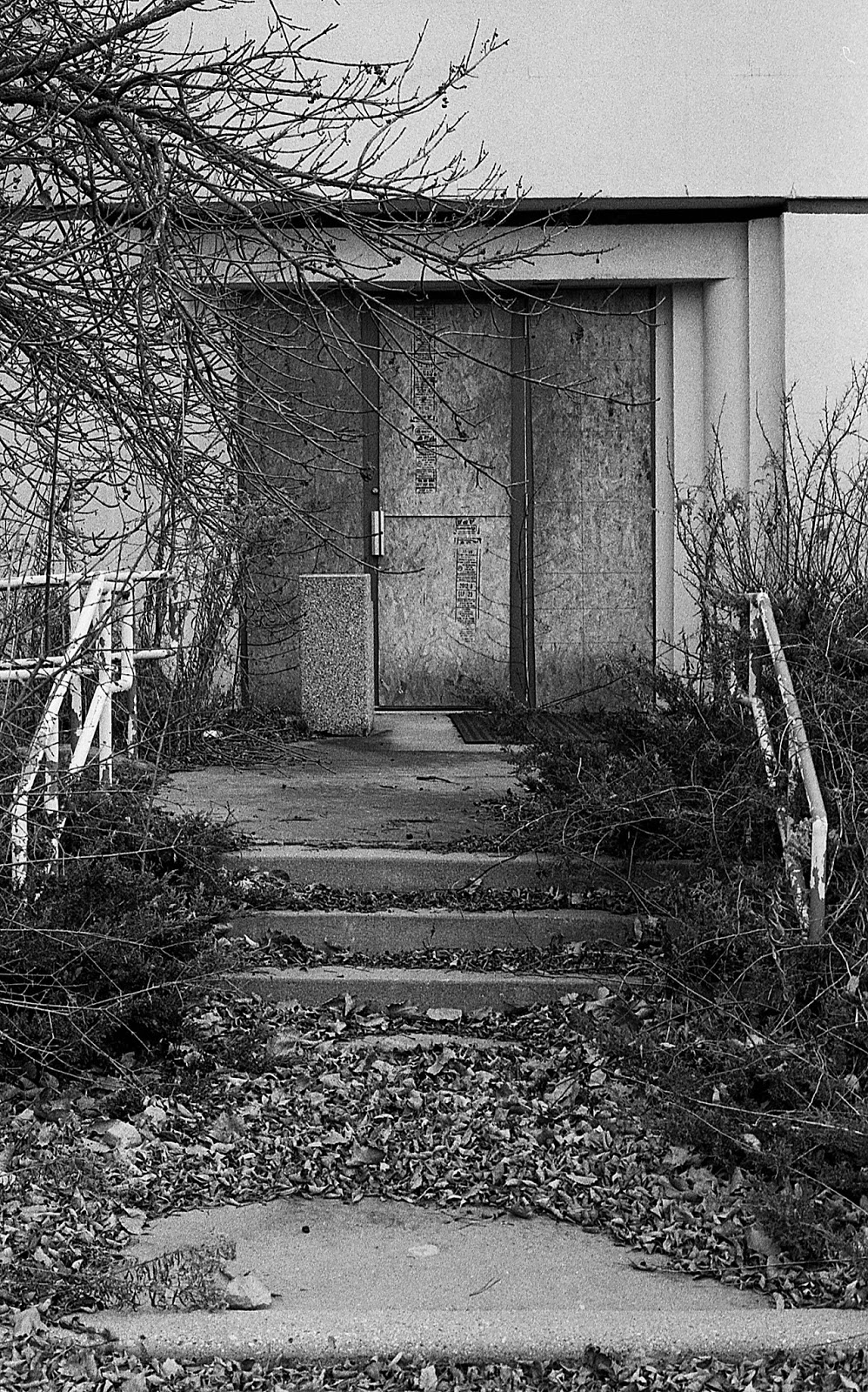 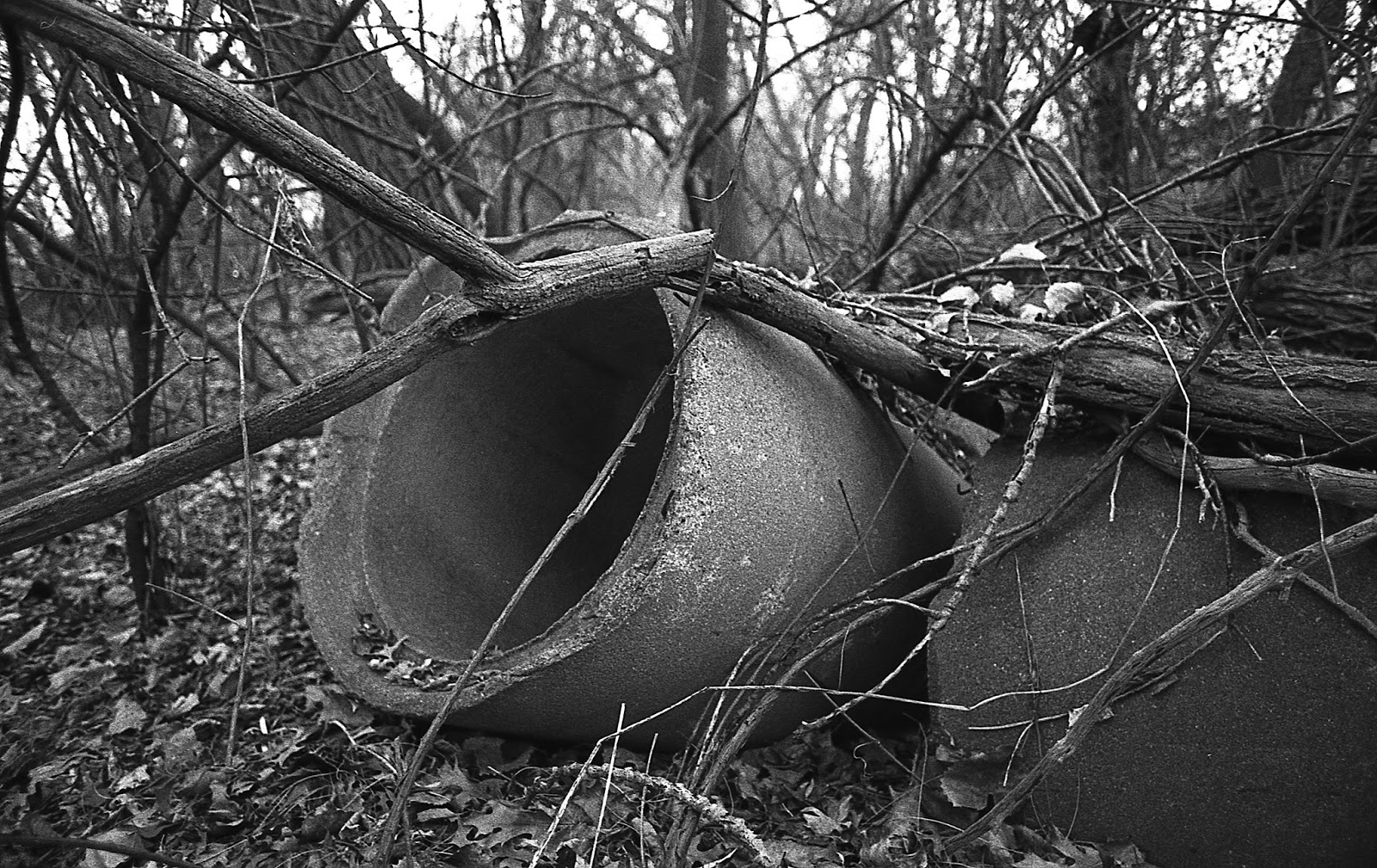 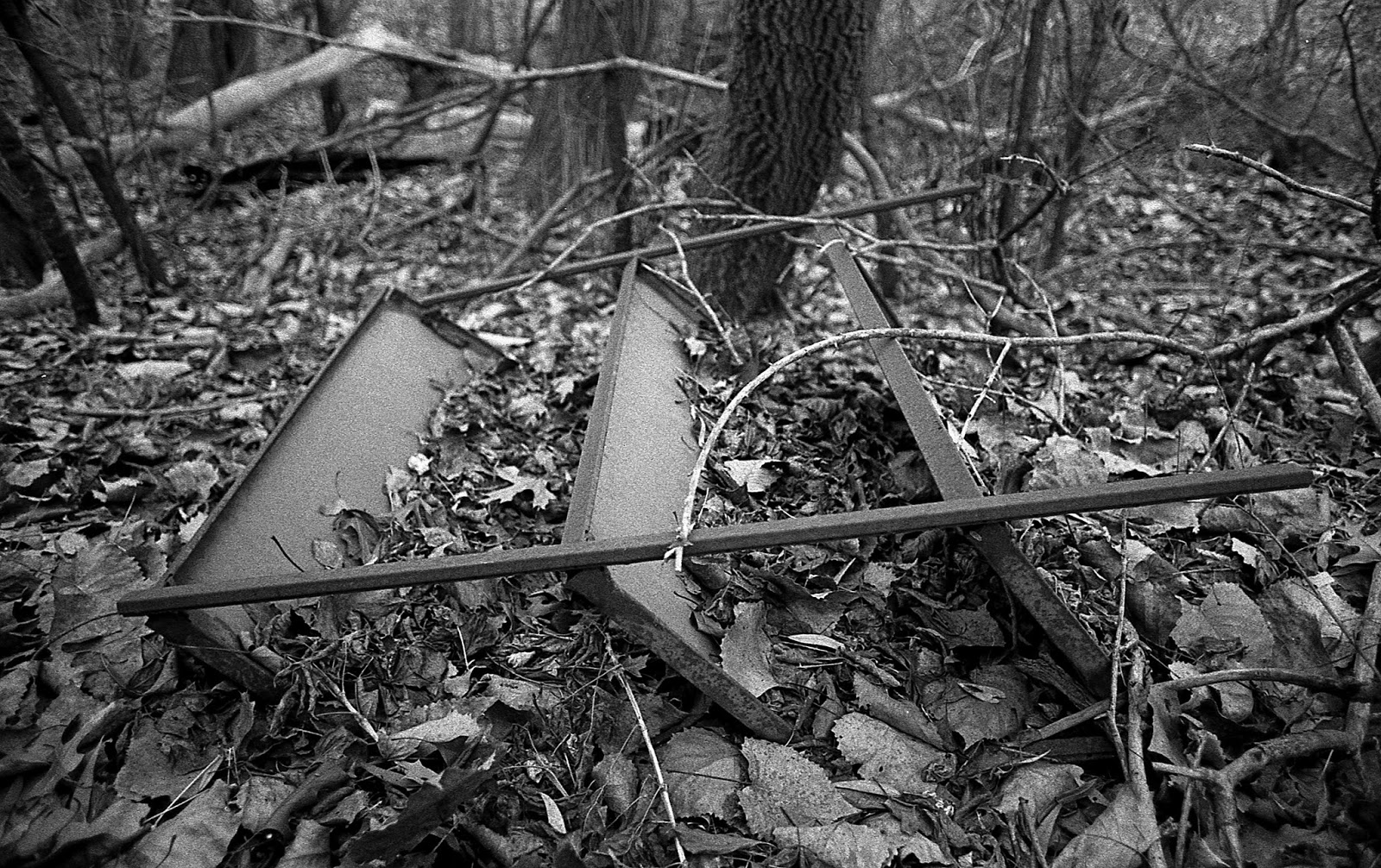 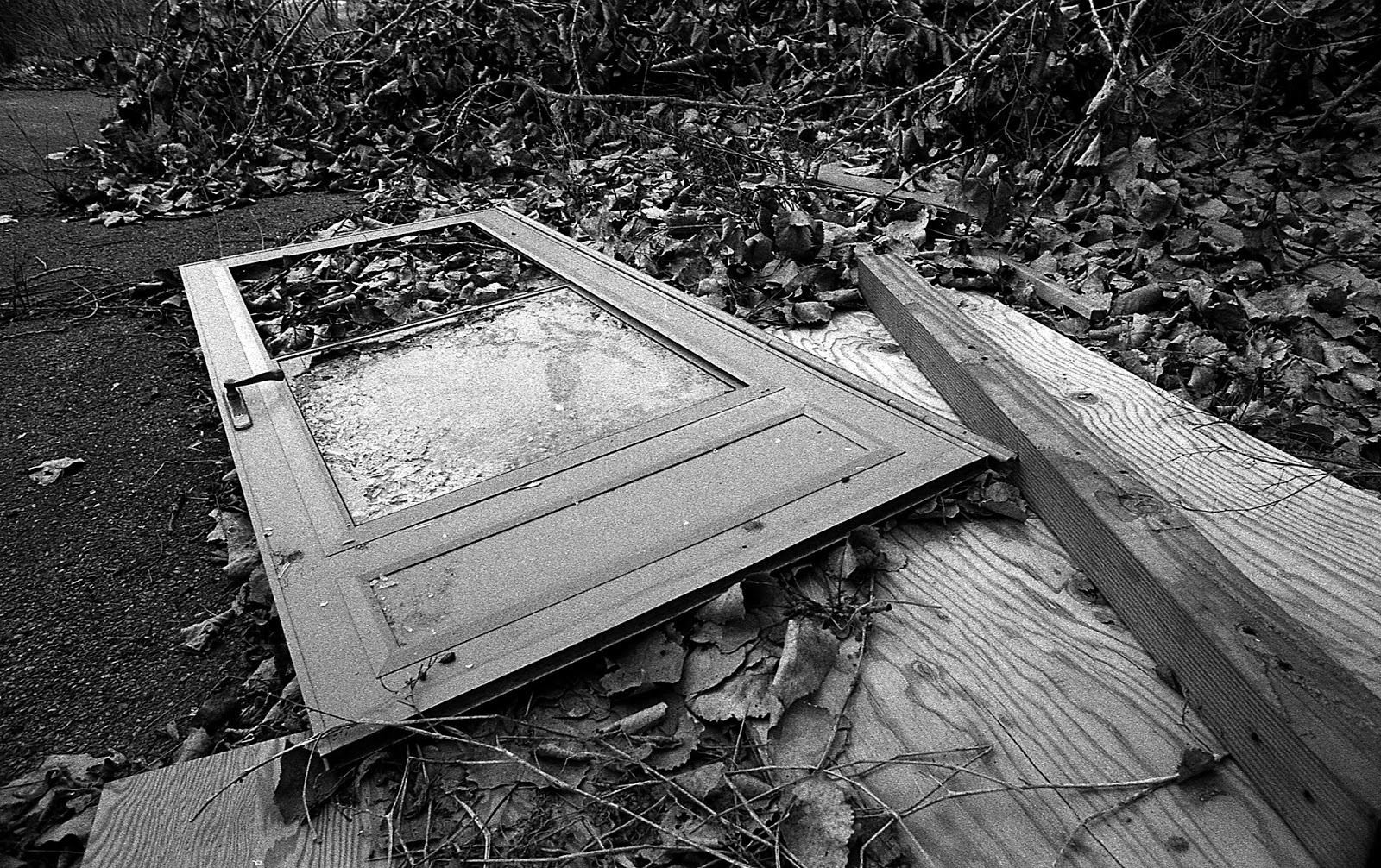 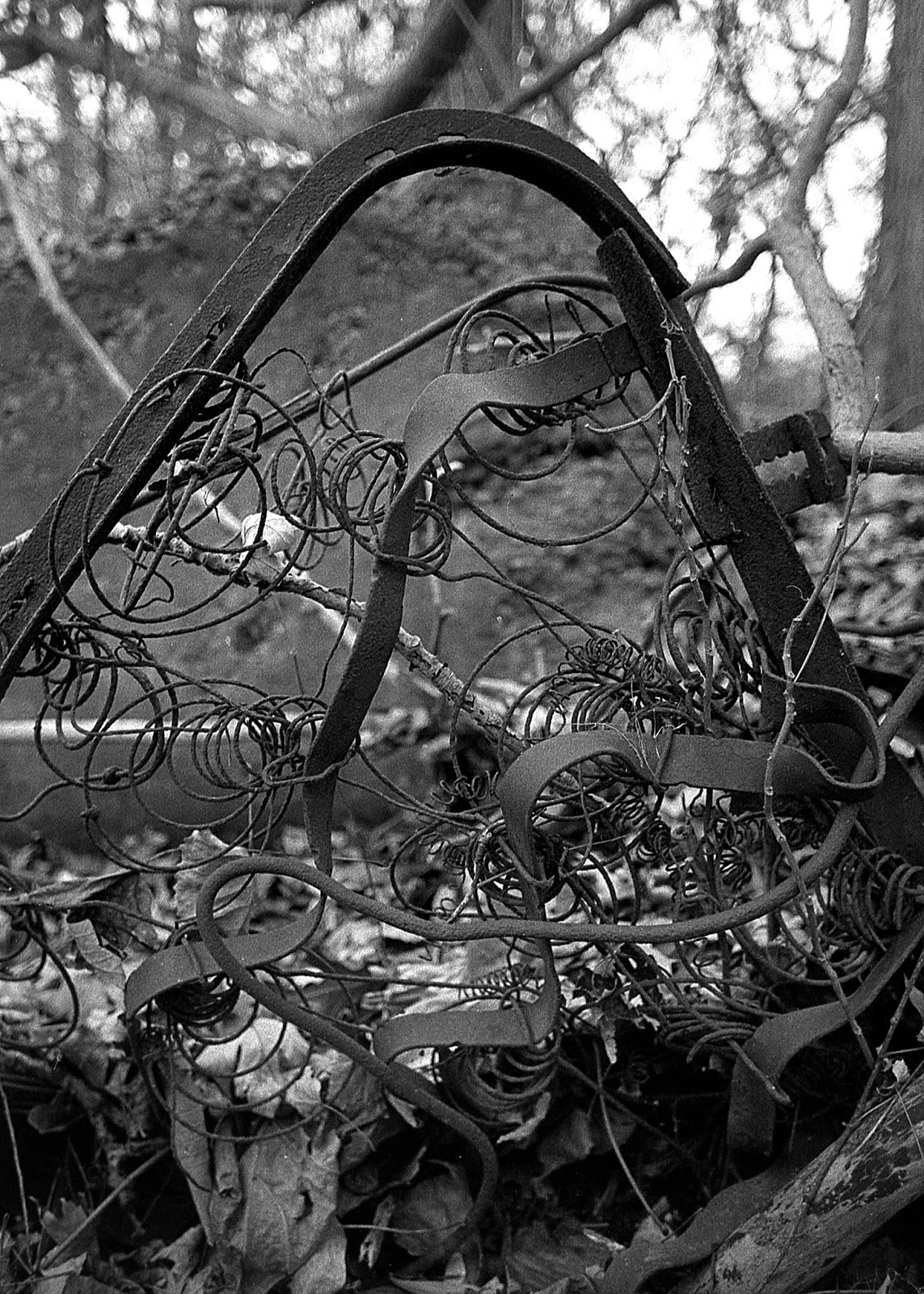 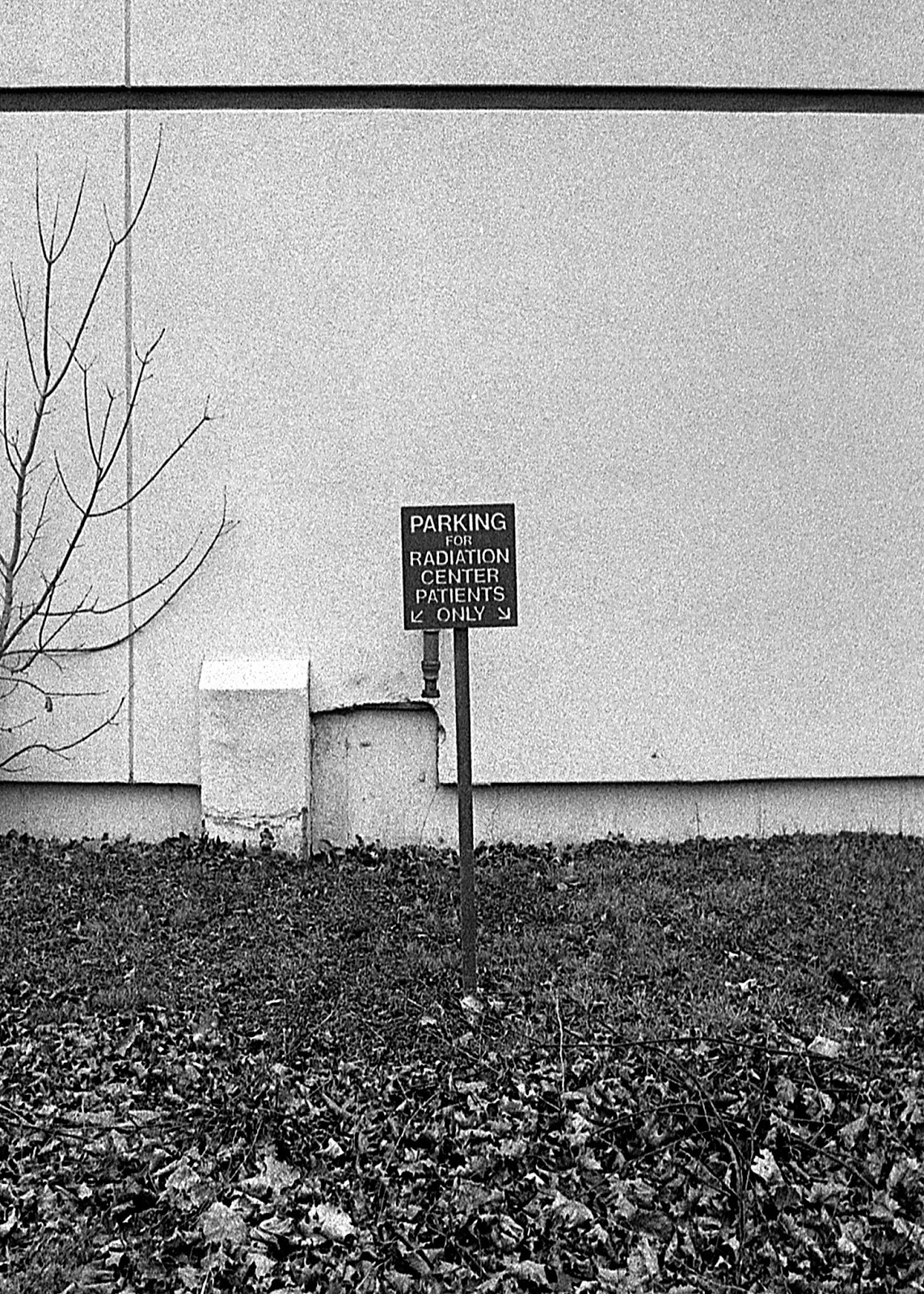 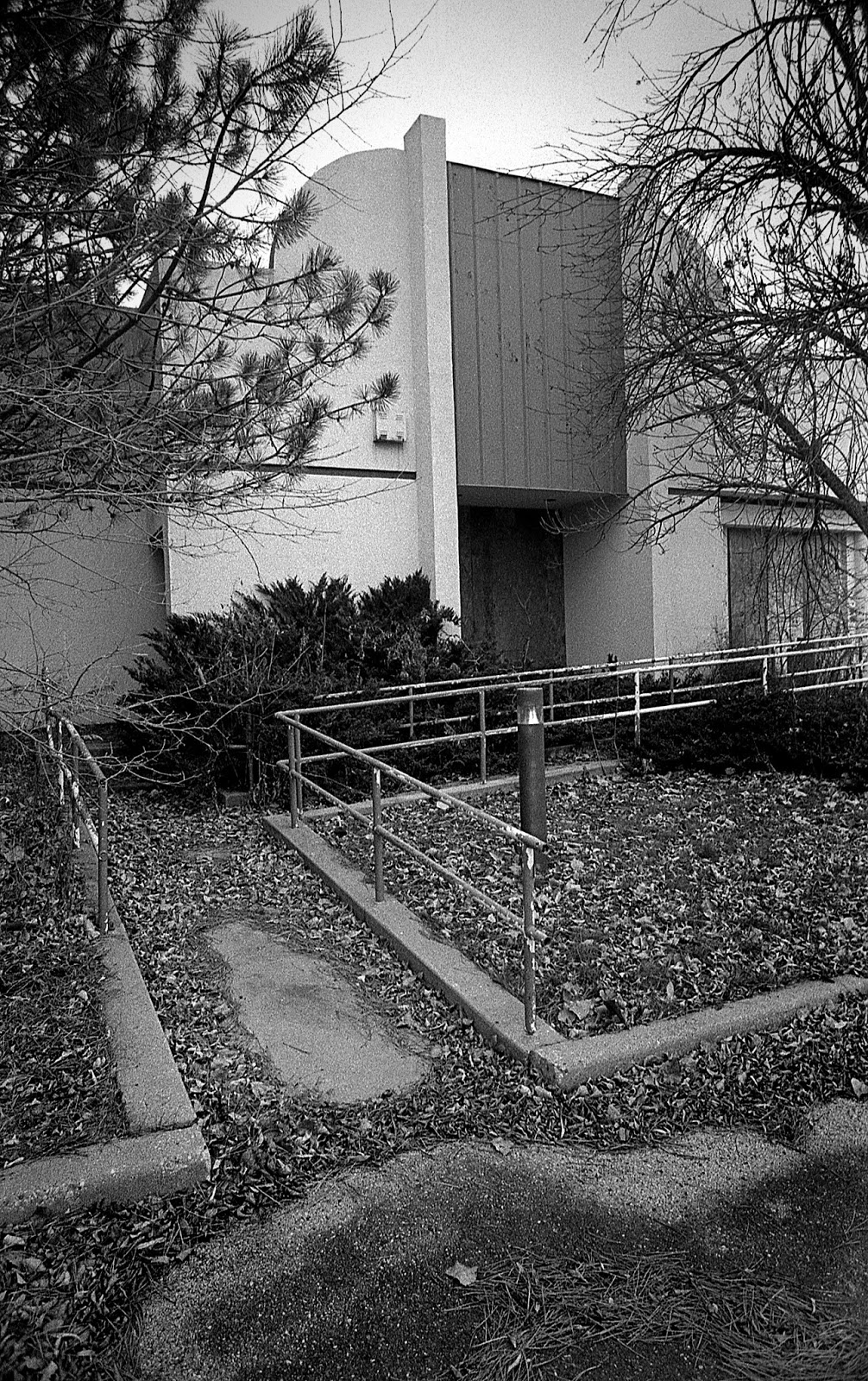 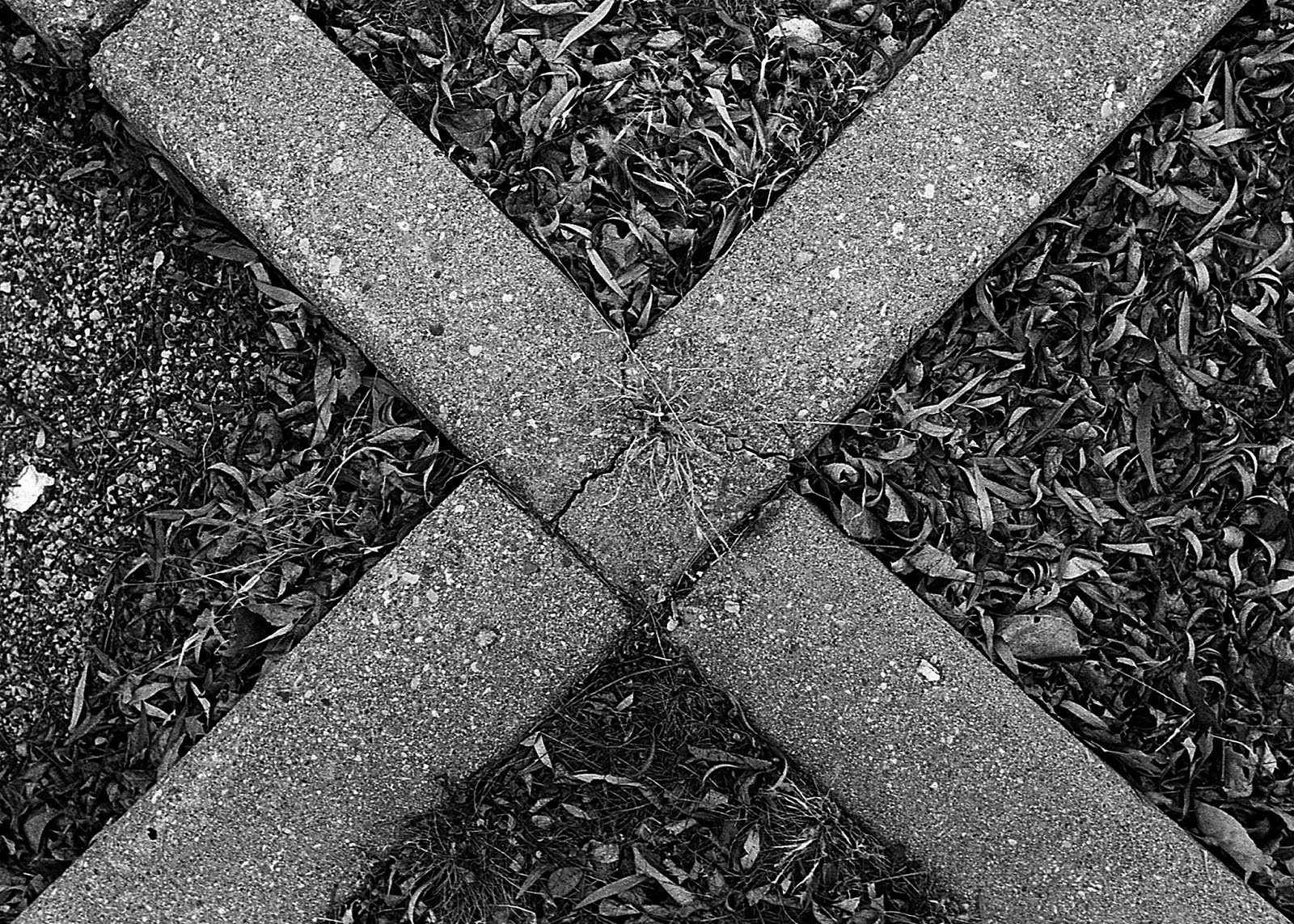 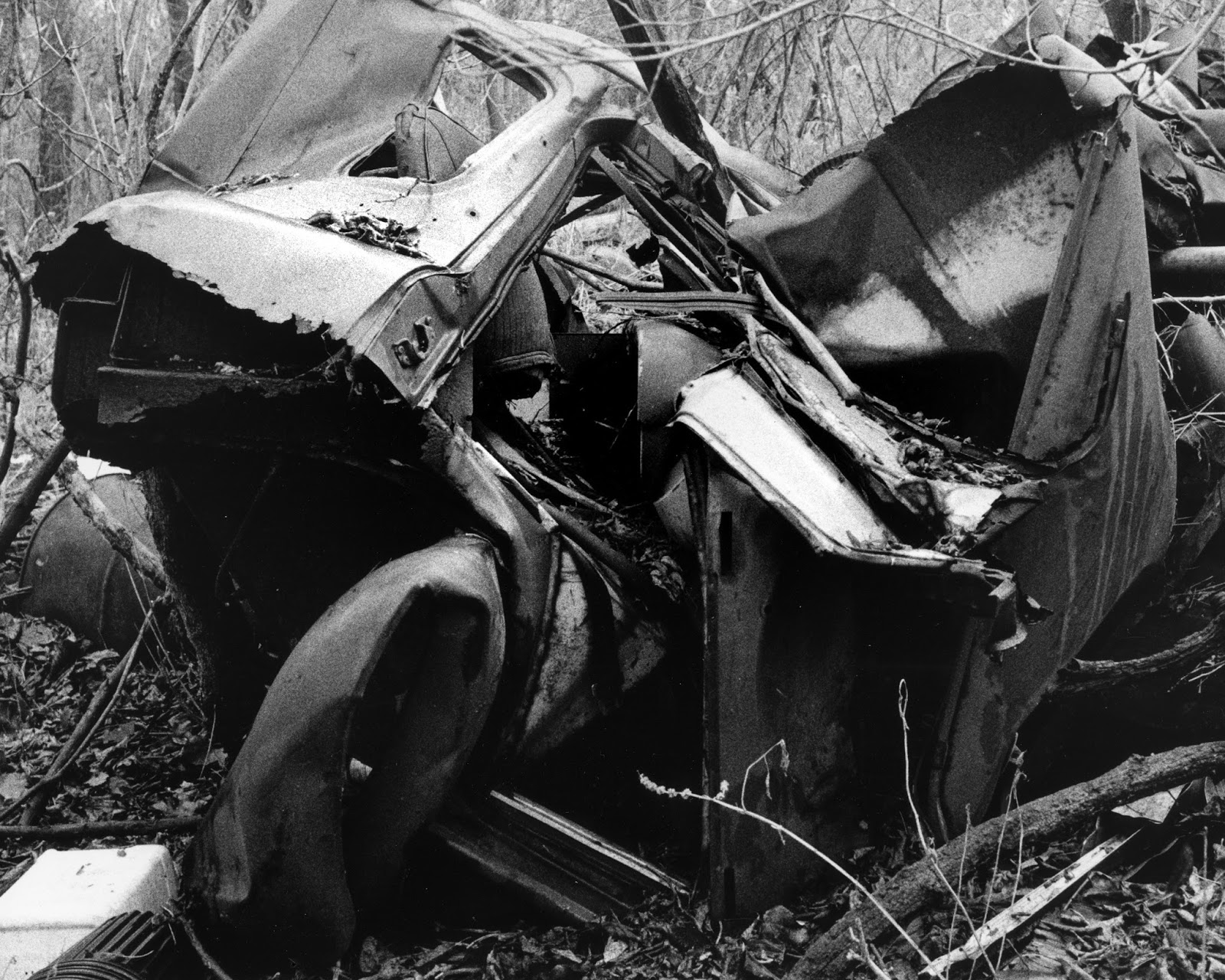 Last weekend my brother-in-law, Aaron, and I went back to the grease factory in Huntley, Illinois.

The factory is so overgrown that a small forest has grown up around it. In the summer, when we were last at the factory, the brush around the main building is so thick that you can hardly see ten feet in front of you. I figured it might be worthwhile to go back to the factory now, in the winter, to see if we could find anything new.

Lo and behold, around the outskirts of the factory, we discovered a small graveyard of wrecked vehicles. Many of these cars and trucks had been destroyed to the point where you could barely tell what they used to be. This print depicts what I think was a pick-up truck, which is now scrunched up into a ball, looking very similar to a wad of crumpled-up paper.