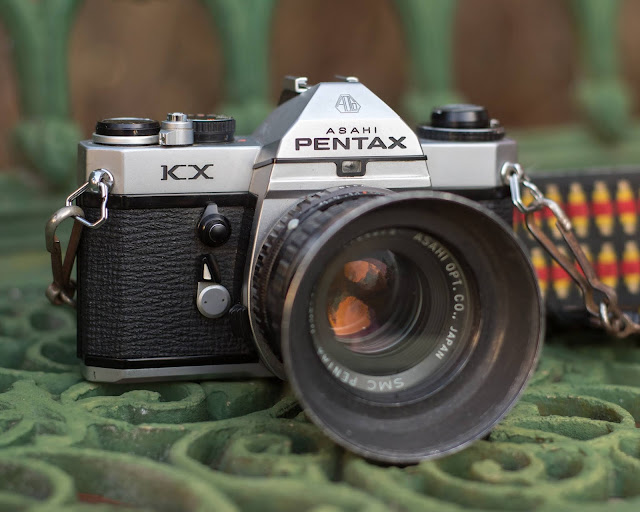 The 1975 Pentax KX is one of the first cameras to utilize Pentax's then-new bayonet K-Mount system. While a cool camera in its own right, it's difficult to discuss the KX without comparing it to Pentax's similar looking, and infinitely more iconic K1000 model. In fact, people who saw me using this camera assumed it was a K1000. Though the KX and K1000 share the same body design, the KX has more bells and whistles than the basic K1000. It's kind of like the K1000's older, beefier brother.

Like the K1000, the KX is a fully manual 35mm SLR. Batteries are only required to operate the camera's internal light meter. Activating the meter is a bit awkward: you first have to pull out the advance lever, and then half-press the shutter button. If you're a left eye user like me, pulling out the advance lever is not a comfortable action when the camera is against your face. At least you can fire the shutter without first pulling out the lever, unlike with Nikon's FM cameras.

The KX has a full-information viewfinder. All of your shutter speeds are viewable, with a blue bar next to the one you currently have selected. The meter needle will point exactly to the speed you should use based on your currently selected aperture and ISO. It's much more sophisticated than the traditional "+/-" match needle system. Your lens aperture is also viewable through a little window at the top of the finder. Unfortunately, the focusing screen is fixed; you are unable to swap it out to use different focusing aids. The screen you get with the KX is a microprism/matte screen. It's serviceable and sharp, but I'd rather have a split-image/rangefinder screen for faster focusing. 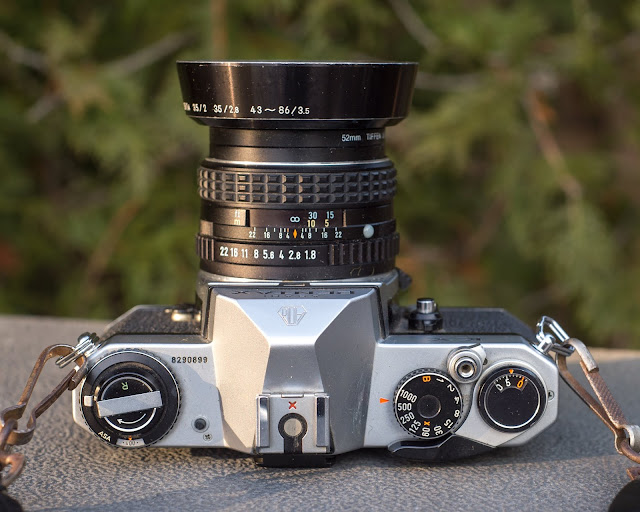 Ergonomic on the camera are solid. The KX is an all-metal camera that feels solid in the hand. Shutter speeds (1 - 1/1000 + B) are selected via a typical knob on top of the camera, and ISO (8 - 6400) is selected by turning the dial the encircles the rewind knob. You can lock the shutter by flicking a switch located around the release. Mirror lock-up is available for precision tripod work, a feature rarely seen on 35mm Pentax cameras. A self timer is also present if you don't have a cable release handy or want to be in the photograph yourself. Unfortunately, multiple exposures are not possible with the KX. Lame.

Ultimately I liked using the KX. It didn't blow me away, but it's still a solid camera, and a worthy upgrade from the K1000. Below are some photographs I made with it. 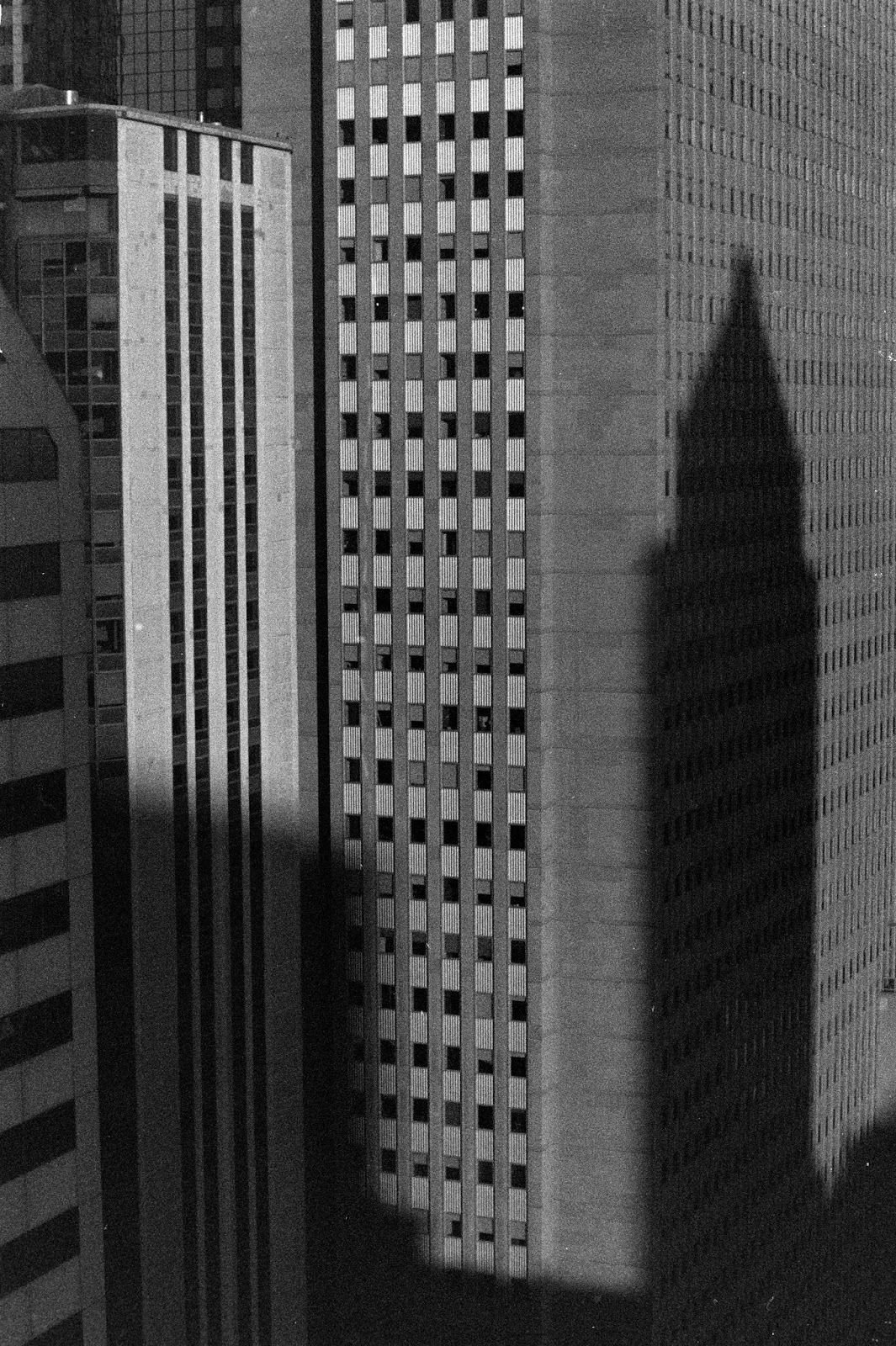 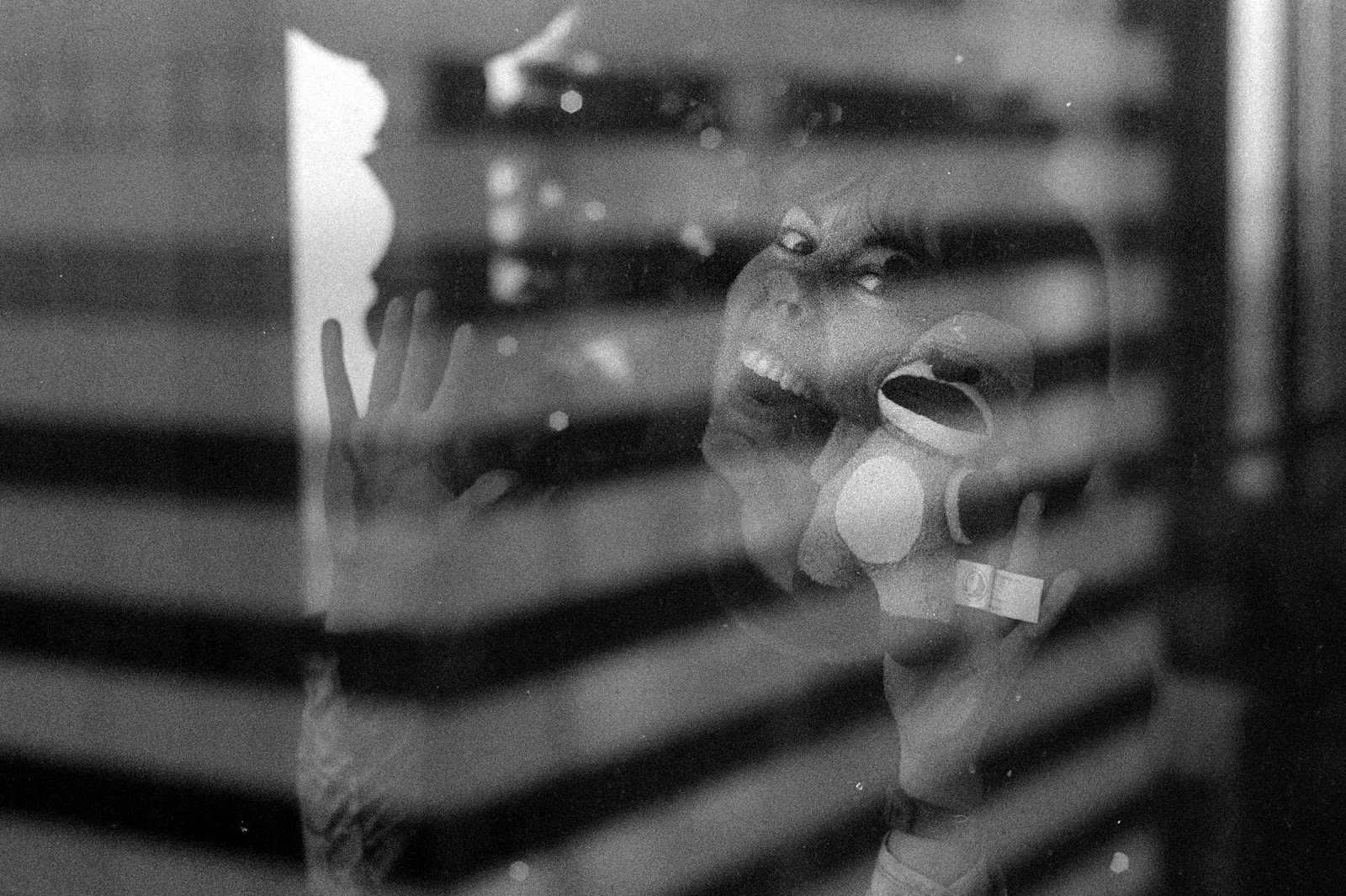 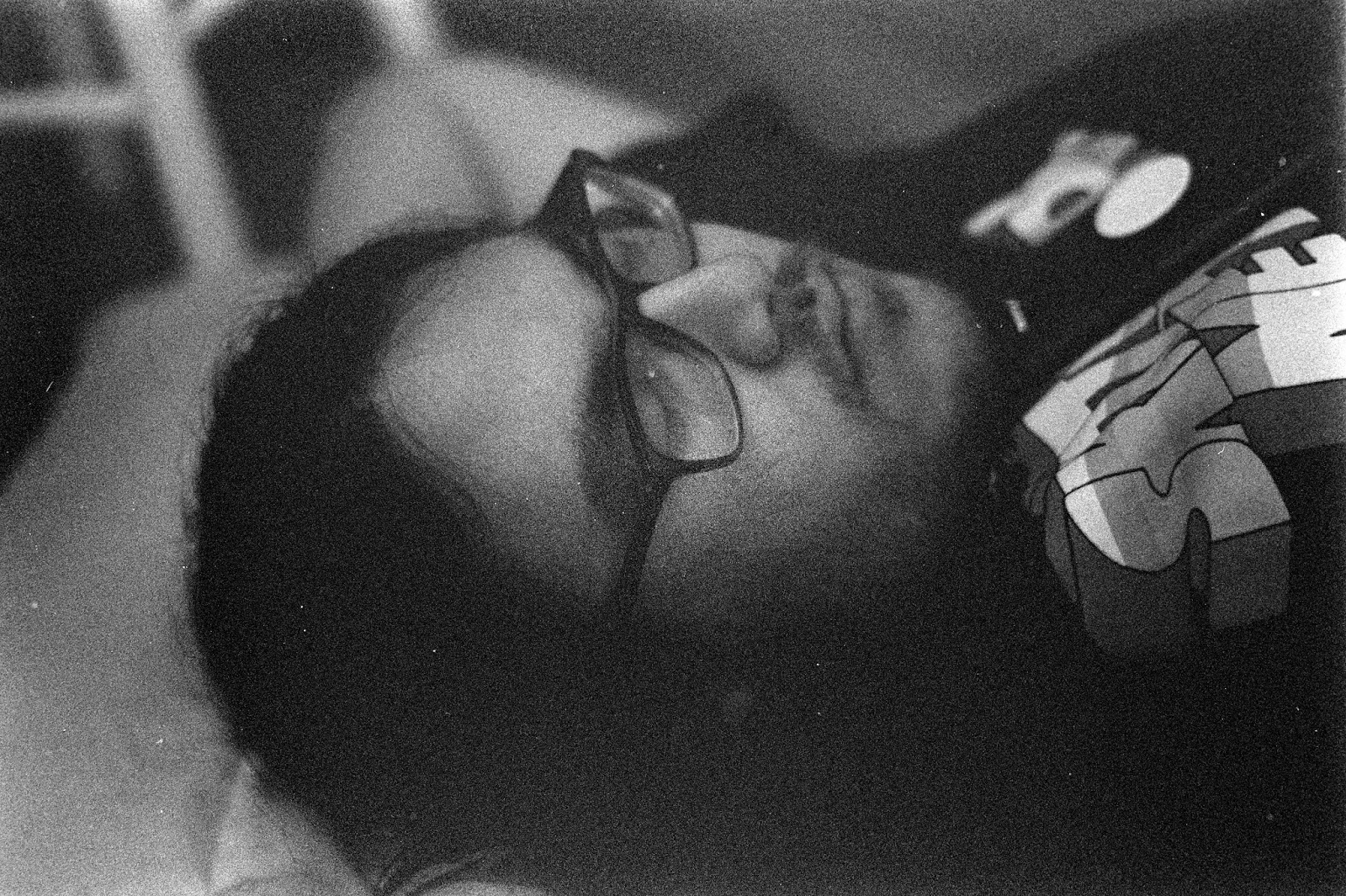 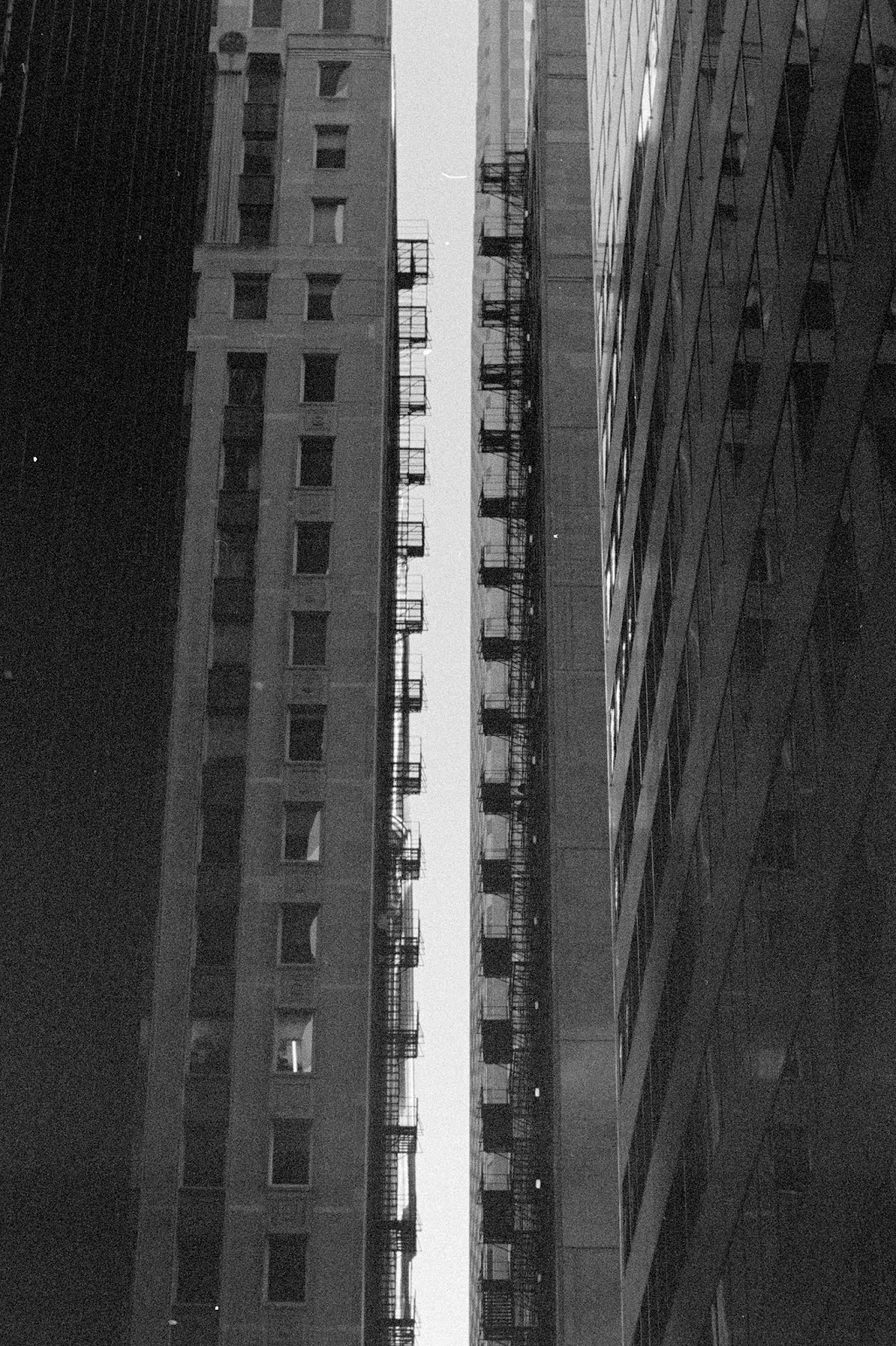 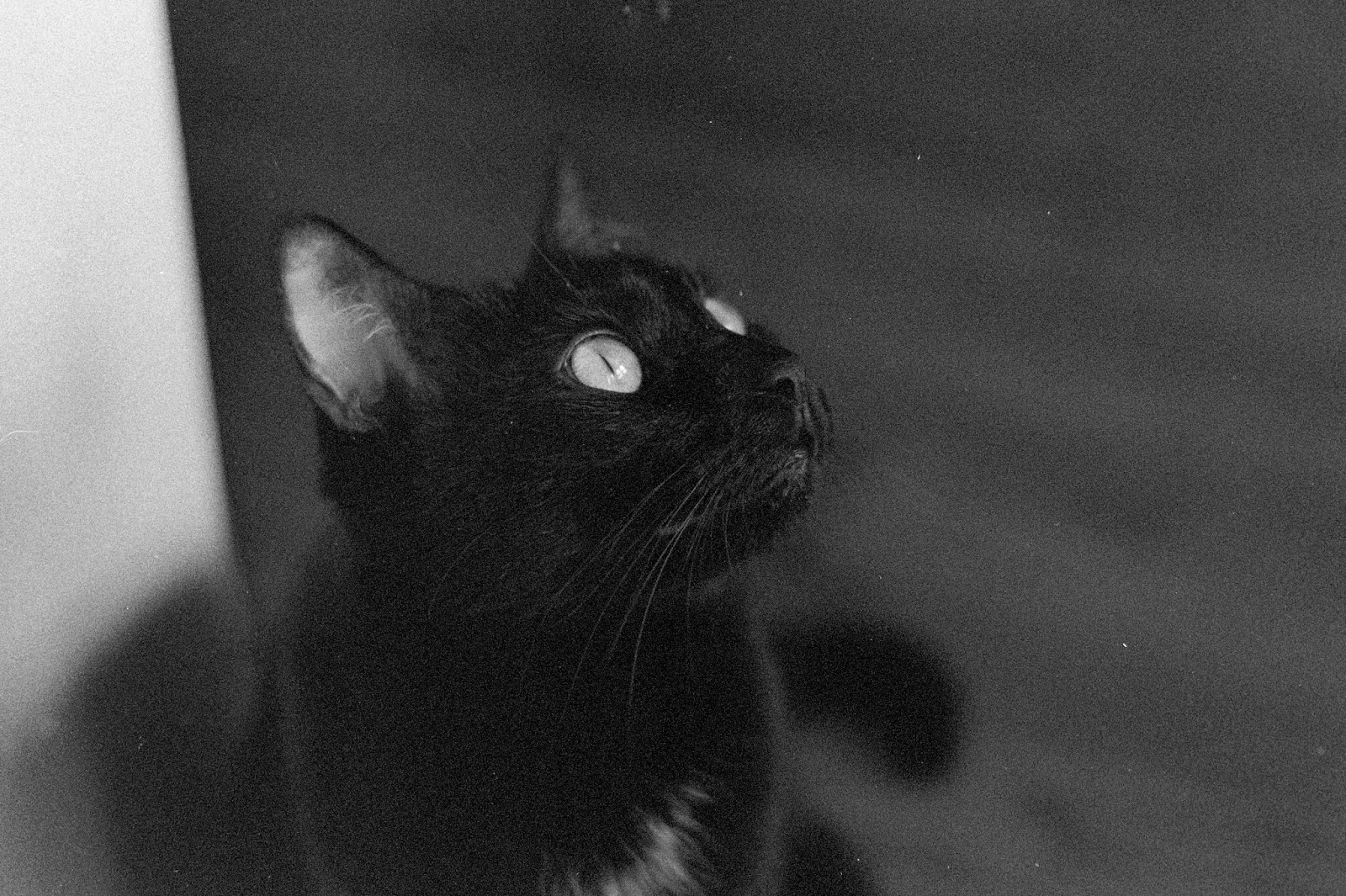 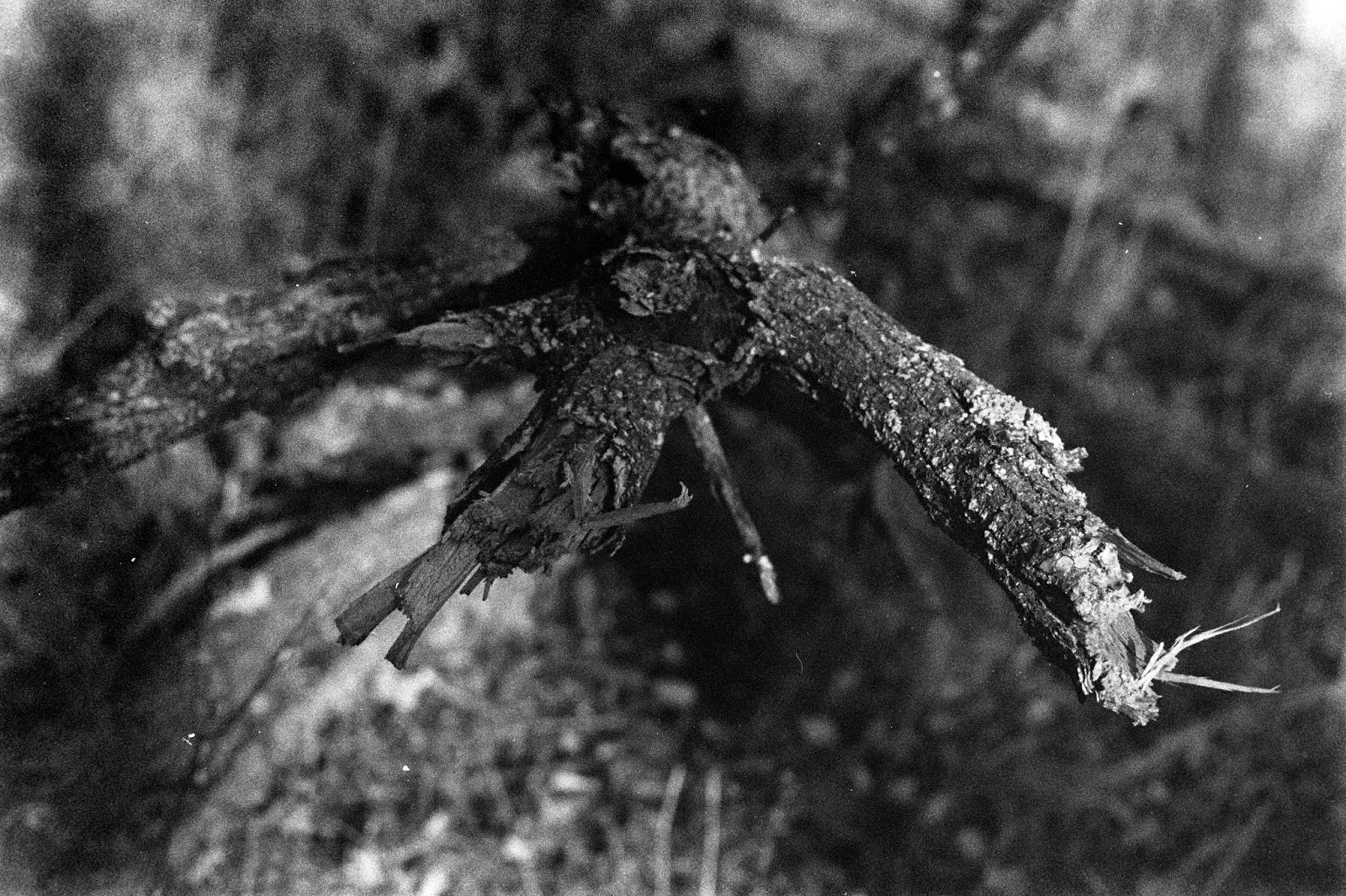 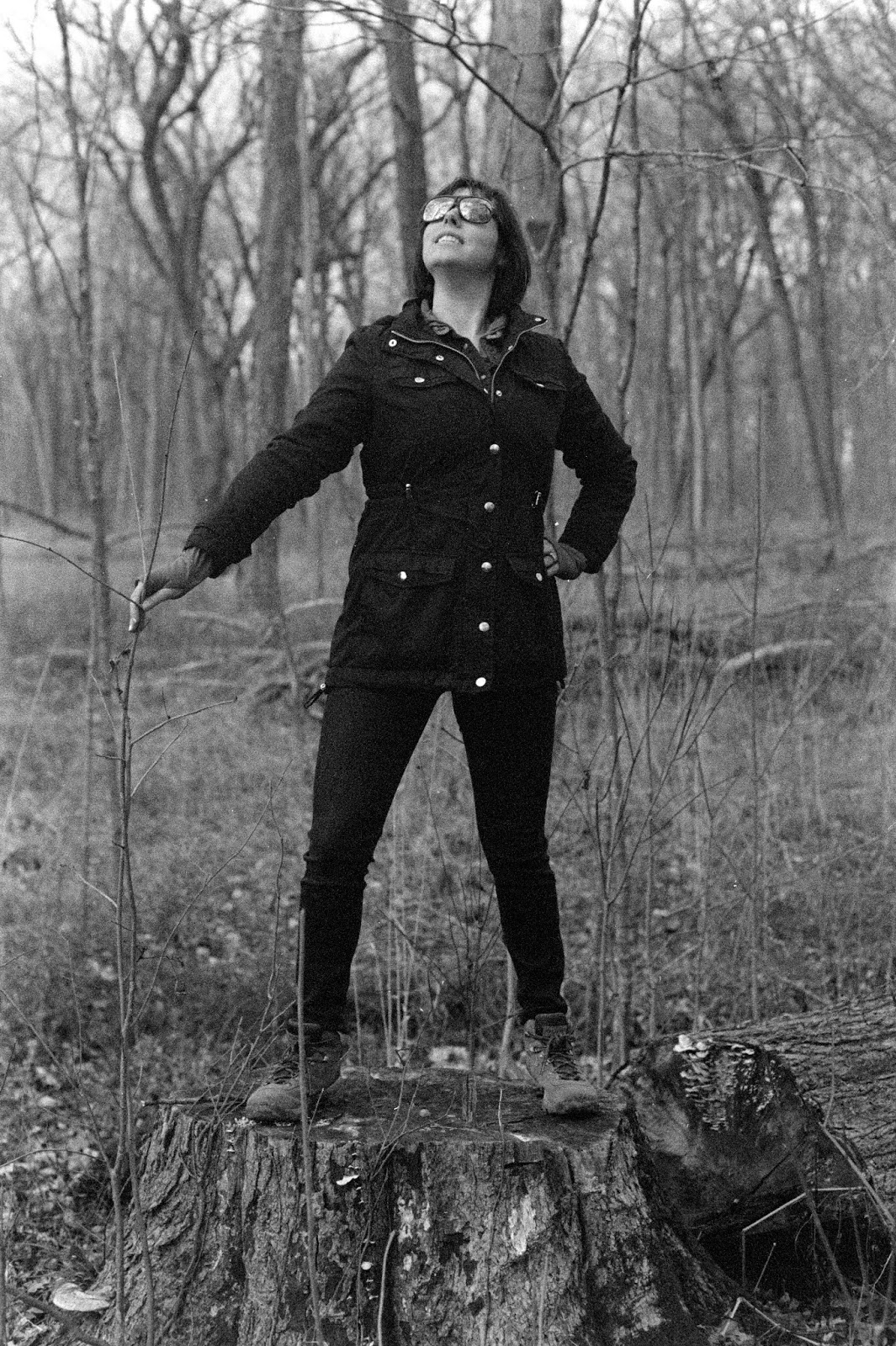 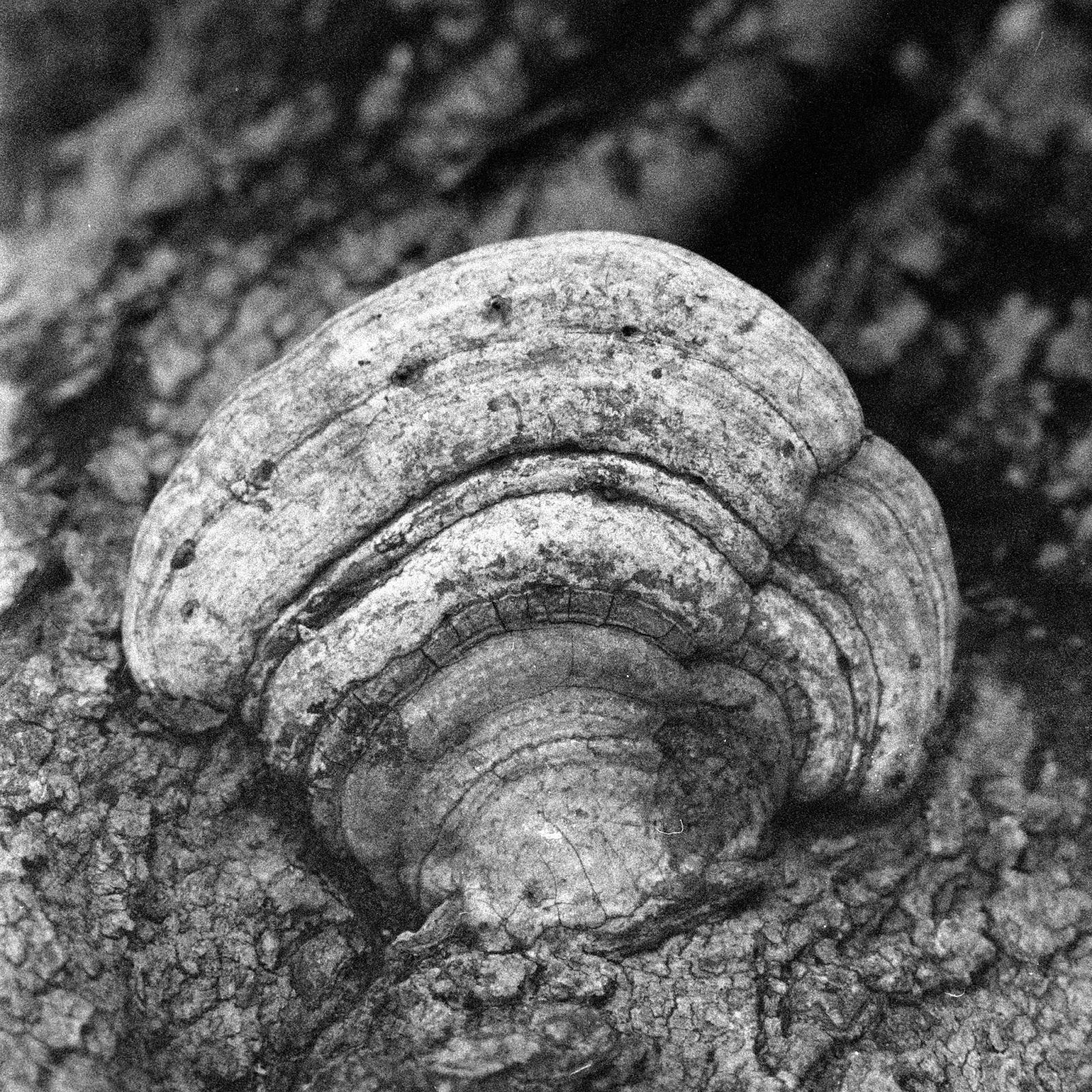 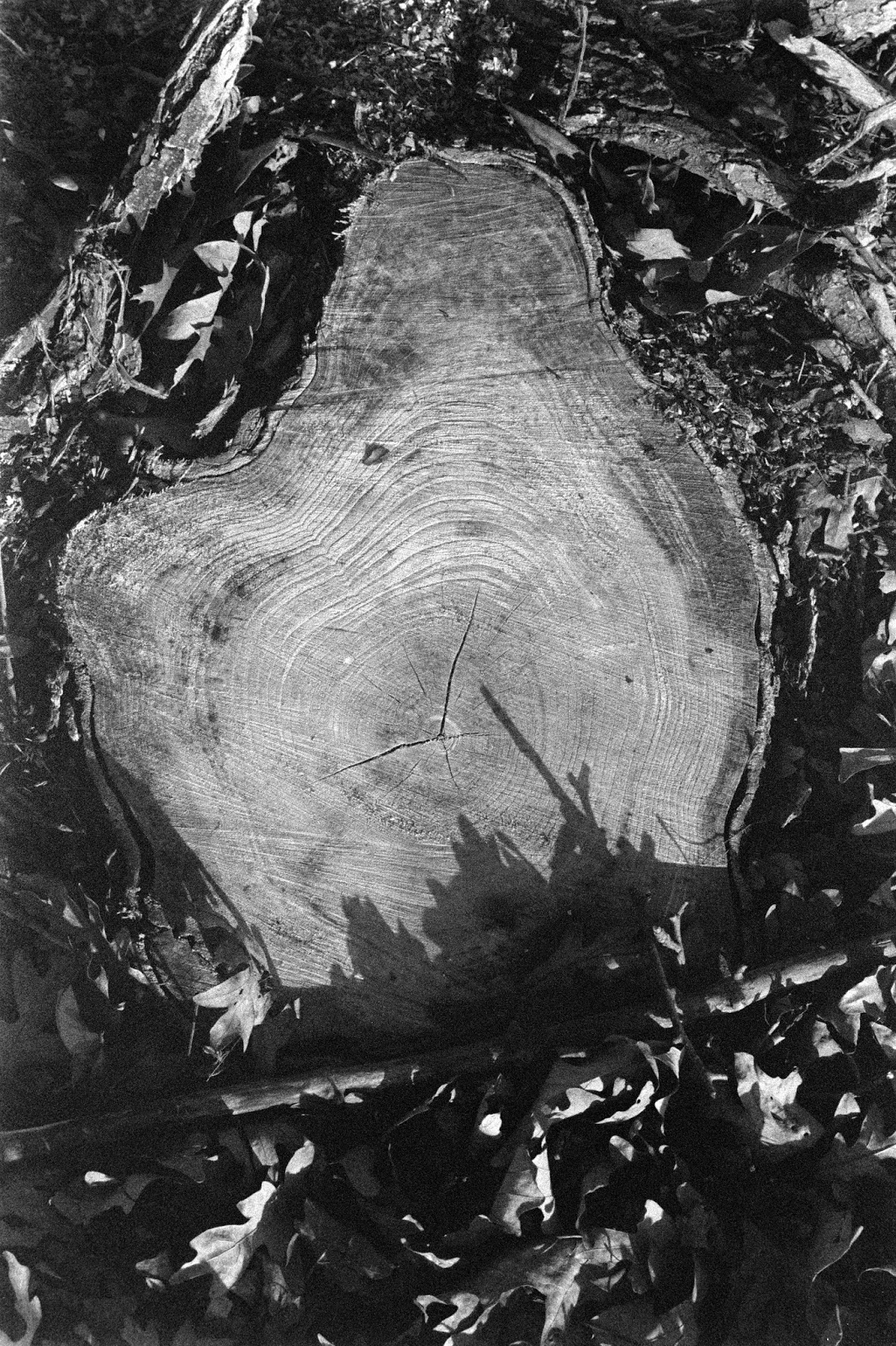 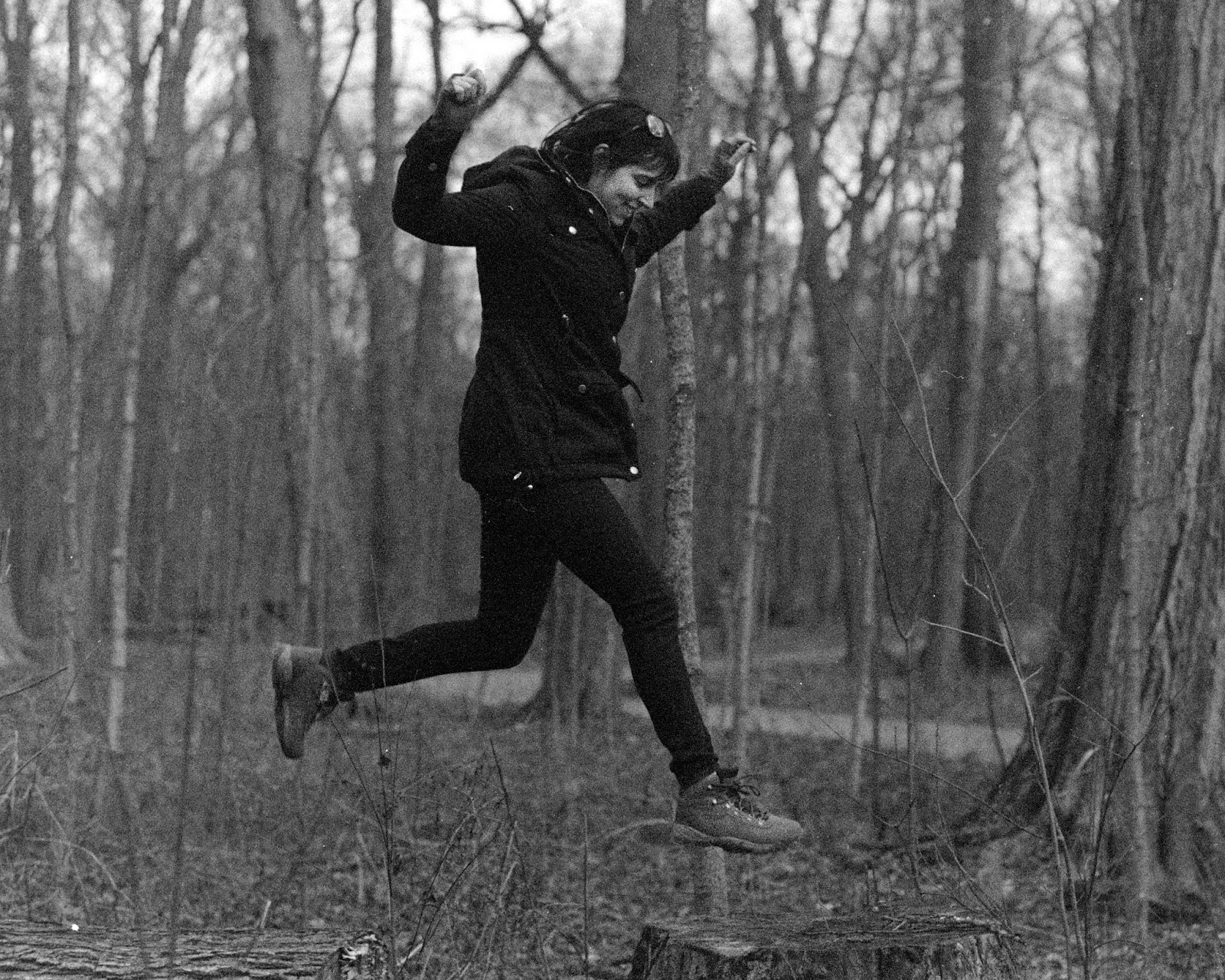 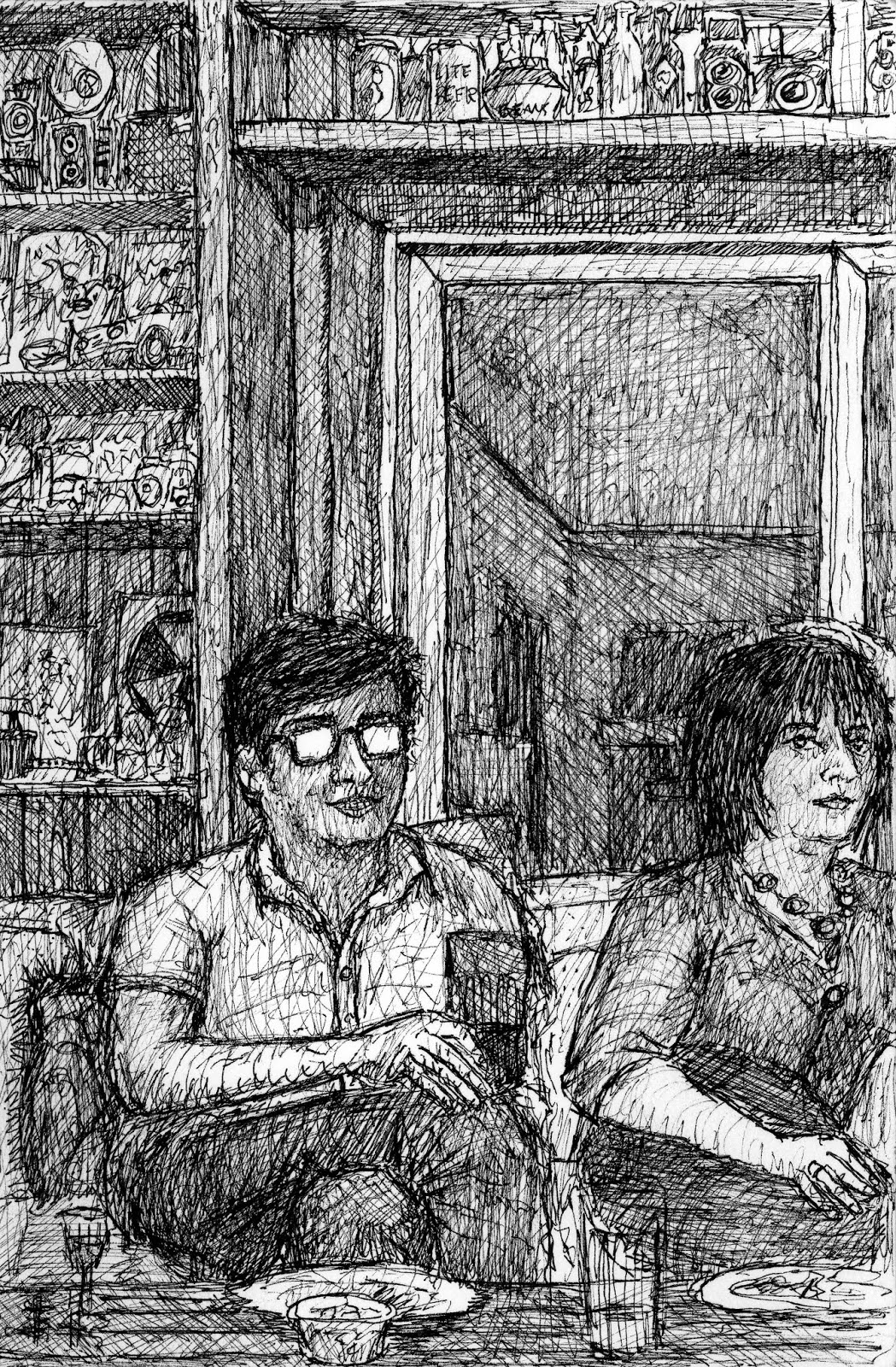 Observational drawing of Pearson and Katie at Tom's house on Christmas. 8" x 5.5" pen on paper.
Posted by Brennan at 10:49 PM 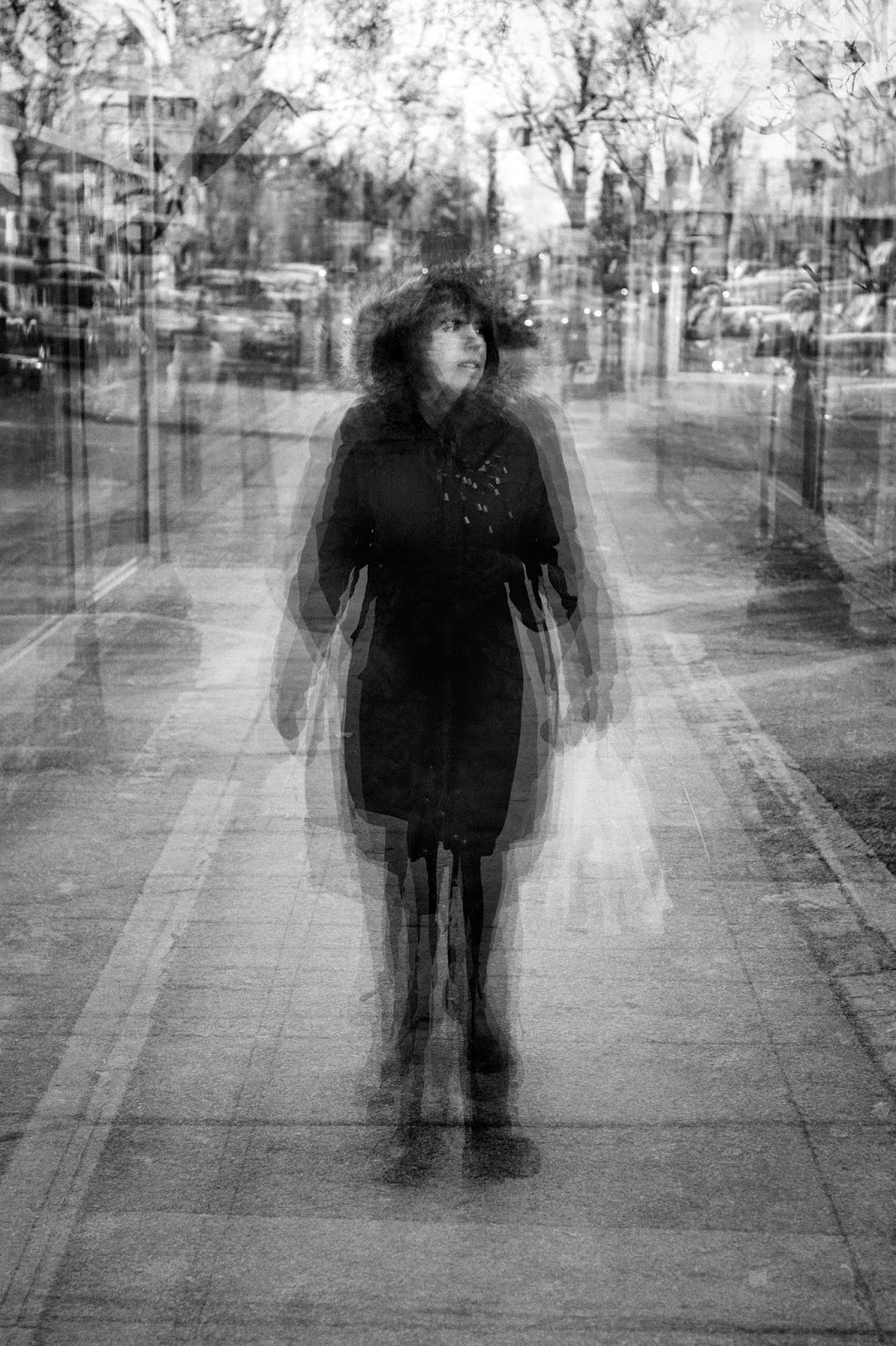 An 8x Multiple exposure of Katie walking to and from UPS on a chilly day. Made with my Nikon Df and 50mm f/1.8 lens.
Posted by Brennan at 10:09 PM 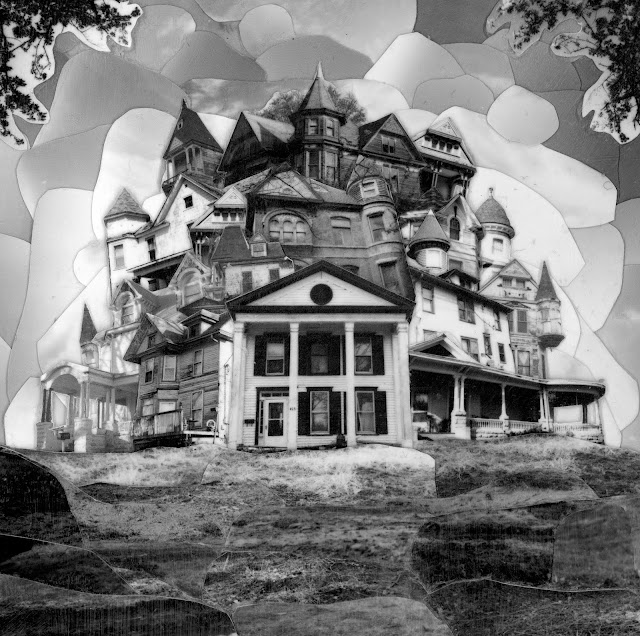 A 7"x7" collage of some old contact prints I found sitting in my dad's basement.
Posted by Brennan at 12:21 AM 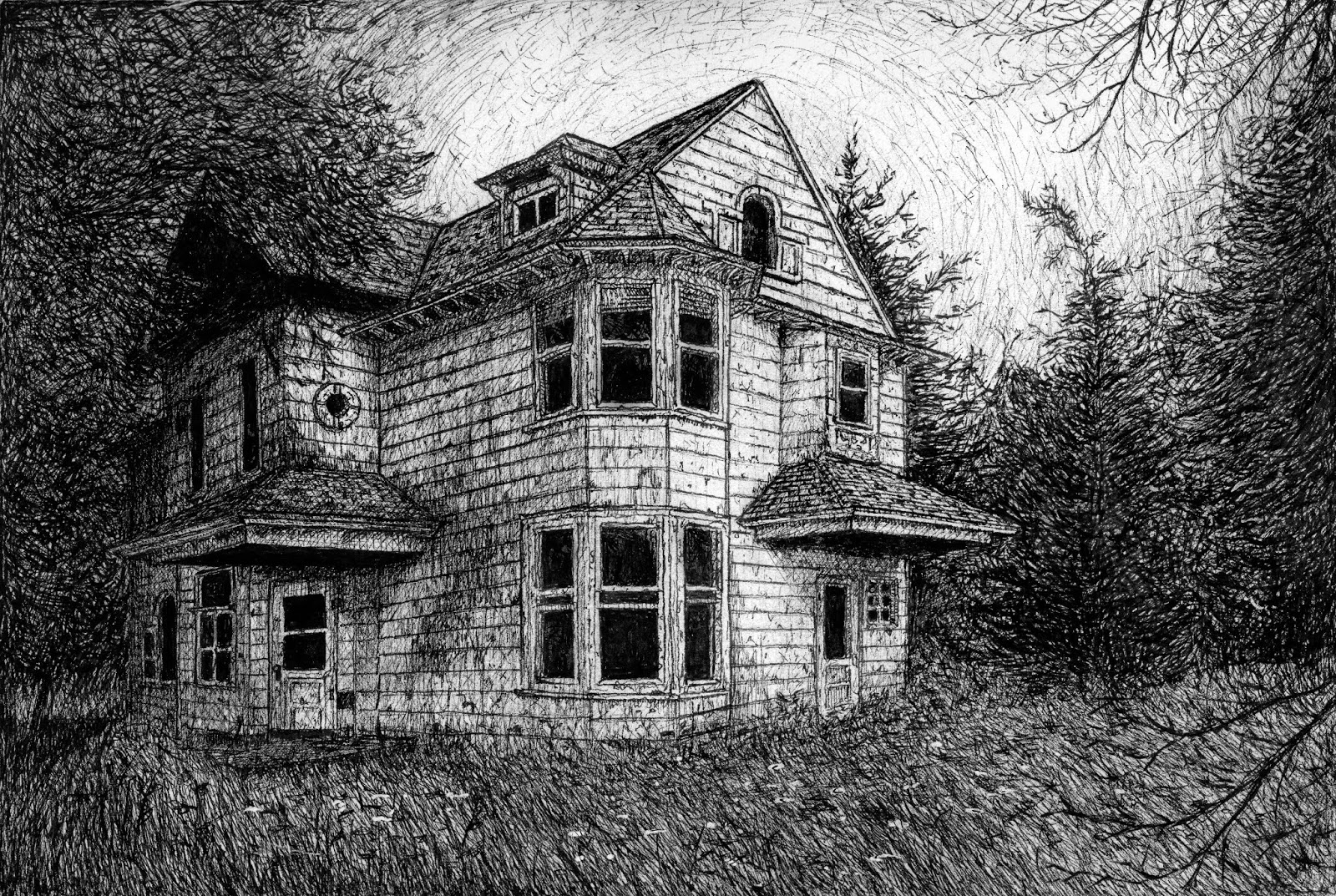 5.5" x 8" pen drawing of the now destroyed Ringwood Manor that could once be found in McHenry county, Illinois.
Posted by Brennan at 10:33 PM