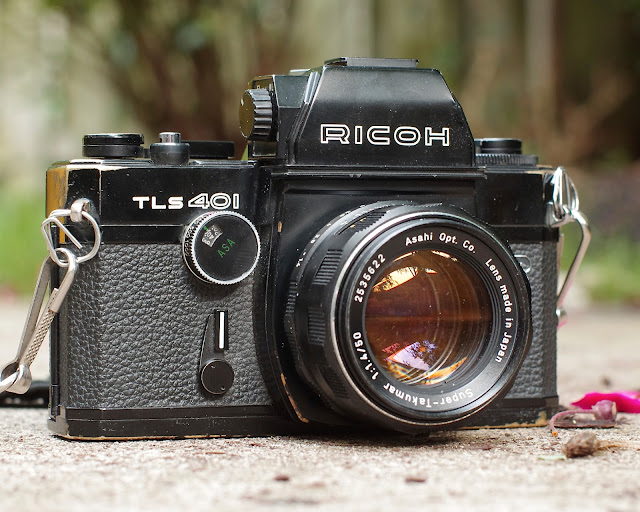 I've always had a fondness for the Ricoh brand. My first real film camera was a Ricoh A-100, which served me well for the time that I used it (It was also the camera I took with me to Italy). Ricoh primarily made high quality consumer-grade and semi-professional 35mm cameras. I've always liked that a lot of Ricoh cameras have a K-mount or 42mm screwmount, which allows for the use of many awesome Pentax lenses.

The 1970's era Ricoh TLS 401 is a pretty standard 35mm camera, with one pretty cool innovation. The feature that made me buy it (for $7.95 off ebay mind you) was that it has two viewfinder windows. Two! On one camera! The TLS 401 has a normal eye level finder window, but then at the twist of a knob, you can compose your shot through a waist level finder window!

A lot of professional-grade 35mm cameras had the option to install a waist level viewfinder for low angle shots. However, waist level finders are really inconvenient to use for vertical compositions. Many photographers would end up attaching different finders for whatever situation they were in. Some smart guy at Ricoh came up with the idea of having both eye level and waist level finders installed... at the SAME TIME. In fact, Ricoh's advertising slogan for the camera was, "It doesn't waste time getting to waist level", or something along those lines.

Does this innovative feature work in practice? Yes. To a degree. While actually shooting with the camera, having the option to do super low angle shots without lying down on the ground was pretty convenient. However, as you can see from the above shot, the waist-level viewfinder is pretty small. One of the advantages of a "real" waist level finder is that you get a much bigger image than a pentaprism finder. The waist level image you get with the TLS 401 is a bit smaller than with the eye level finder, which was a bit disappointing.

Overall, however, I really enjoyed shooting with the Ricoh TLS 401. The camera has a nice, solid build. It's big, but not monstrous. The shutter speed dial is in a slightly odd place on the front of the body, but it was still very easy to adjust. I took the camera to Novelty Golf and Games, our favorite local mini-golf course, which was established in 1949. I used a Pentax Super-Takumar 50mm 1.4 lens that I ripped straight off of my Pentax Spotmatic. Take a look! 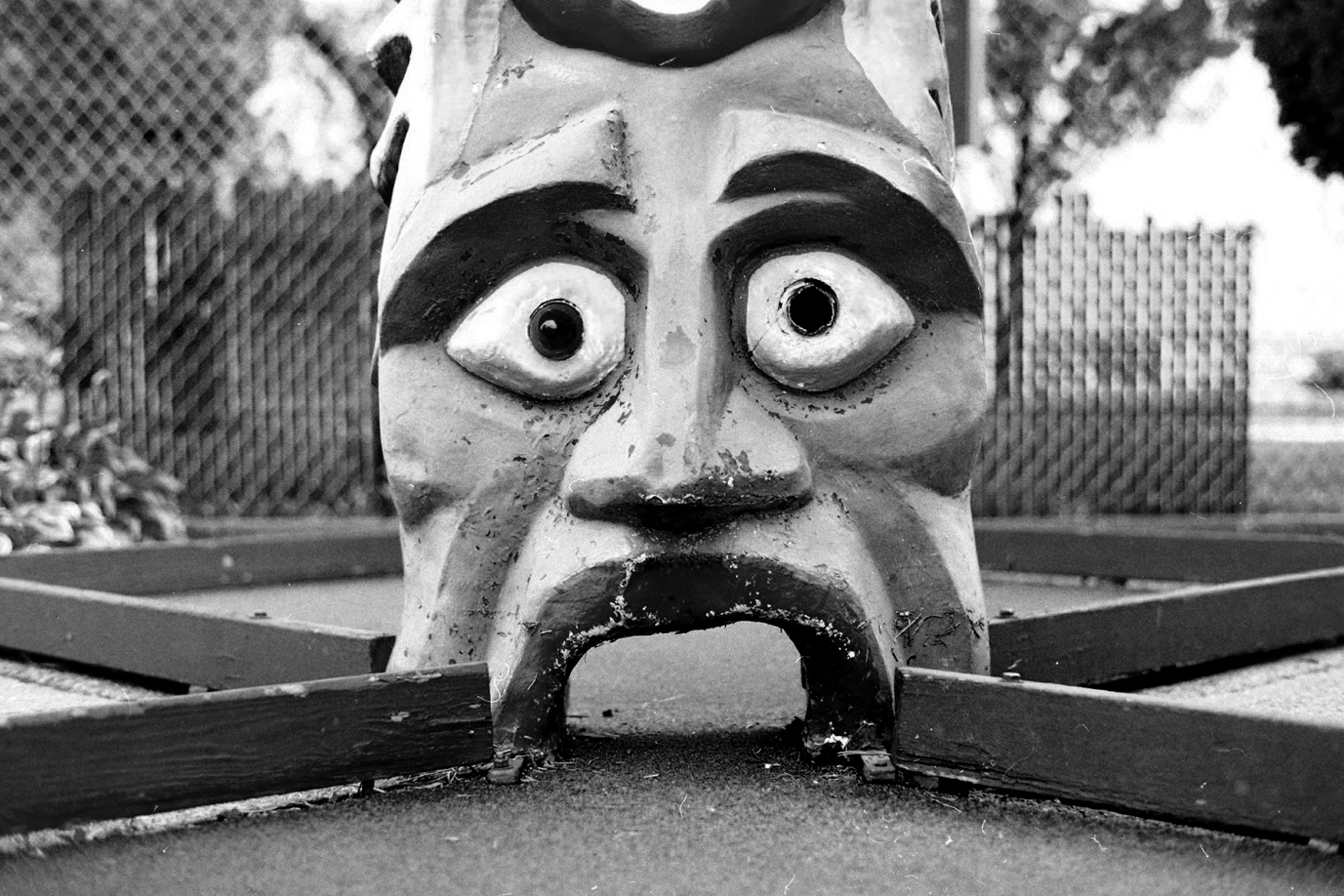 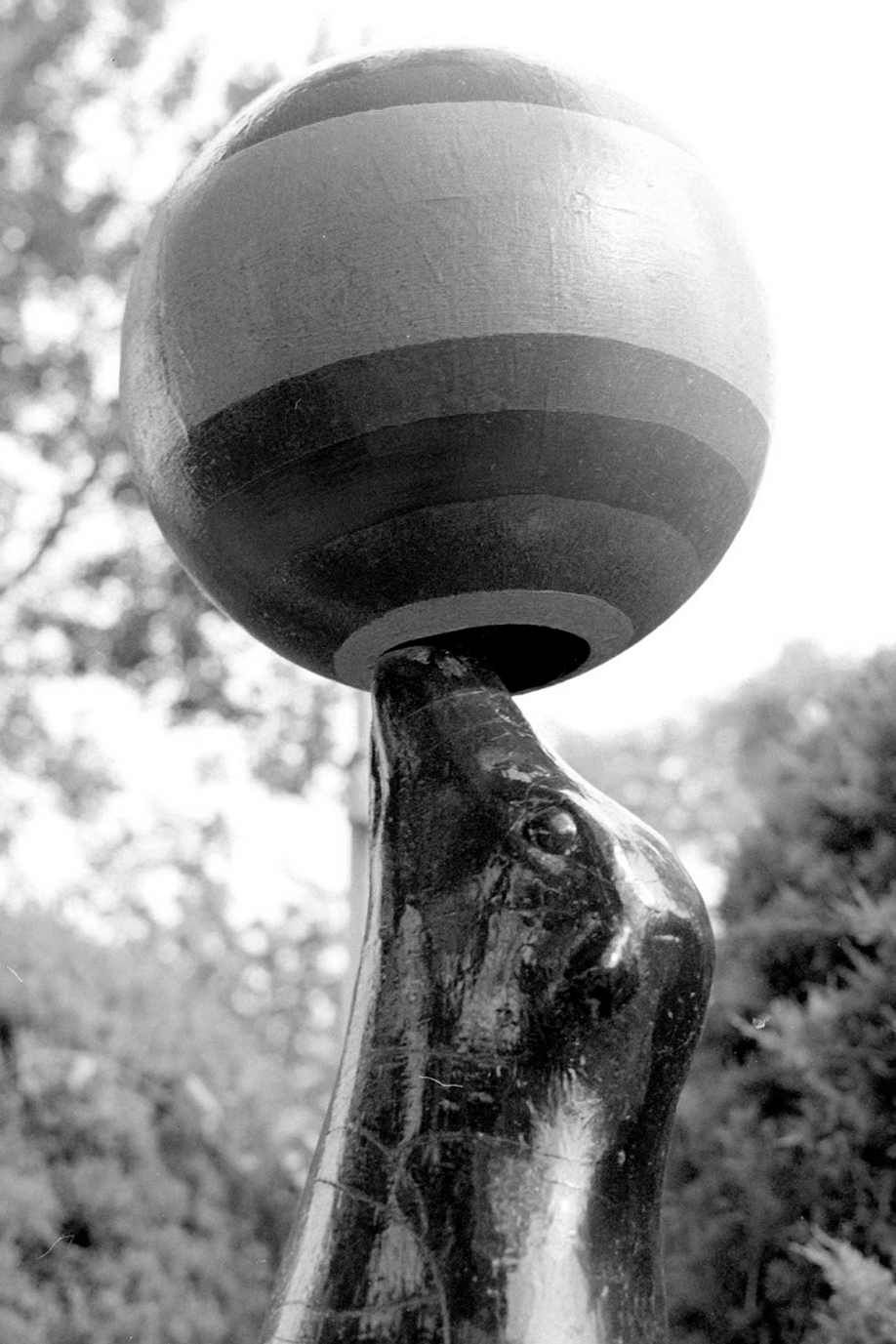 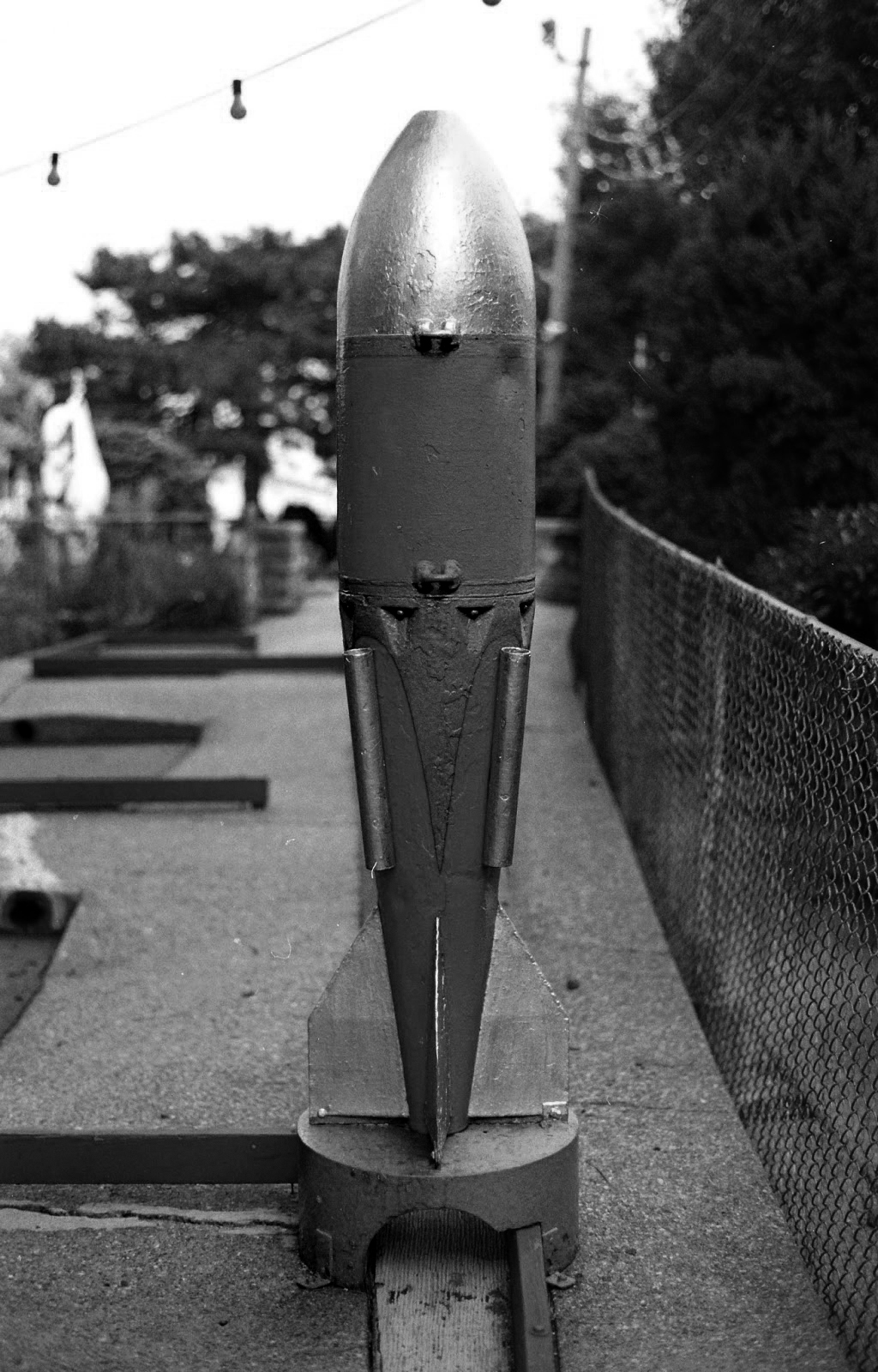 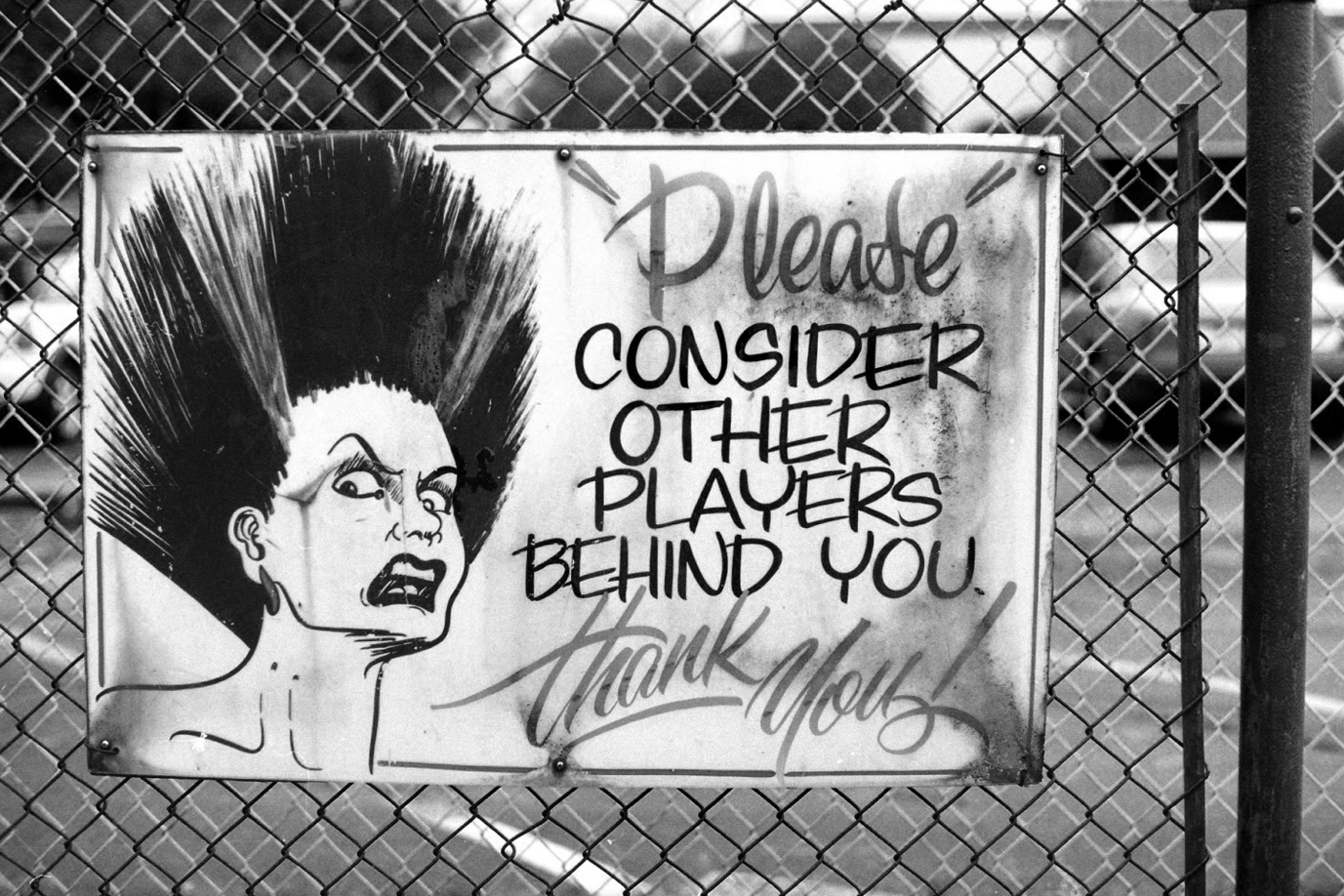 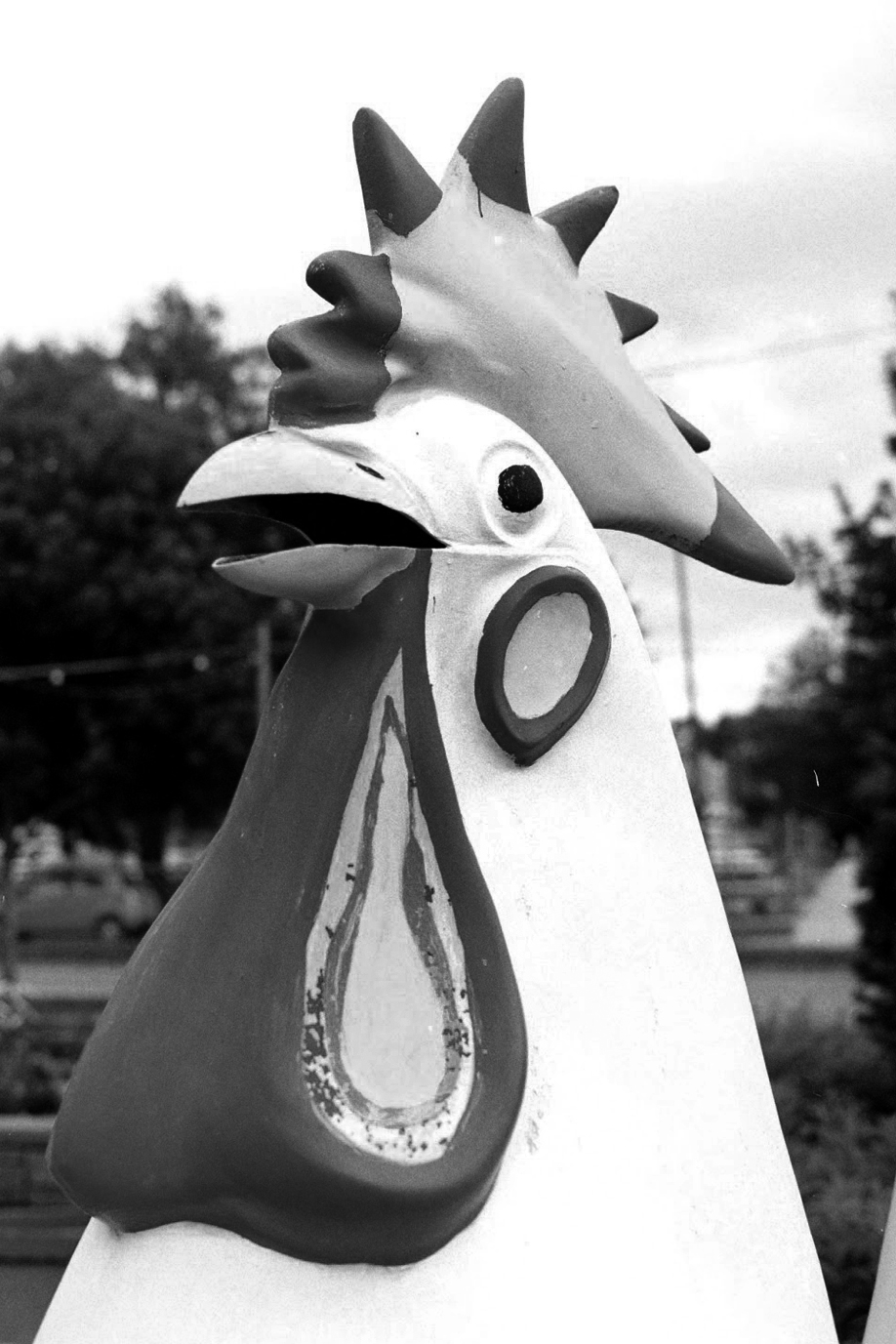 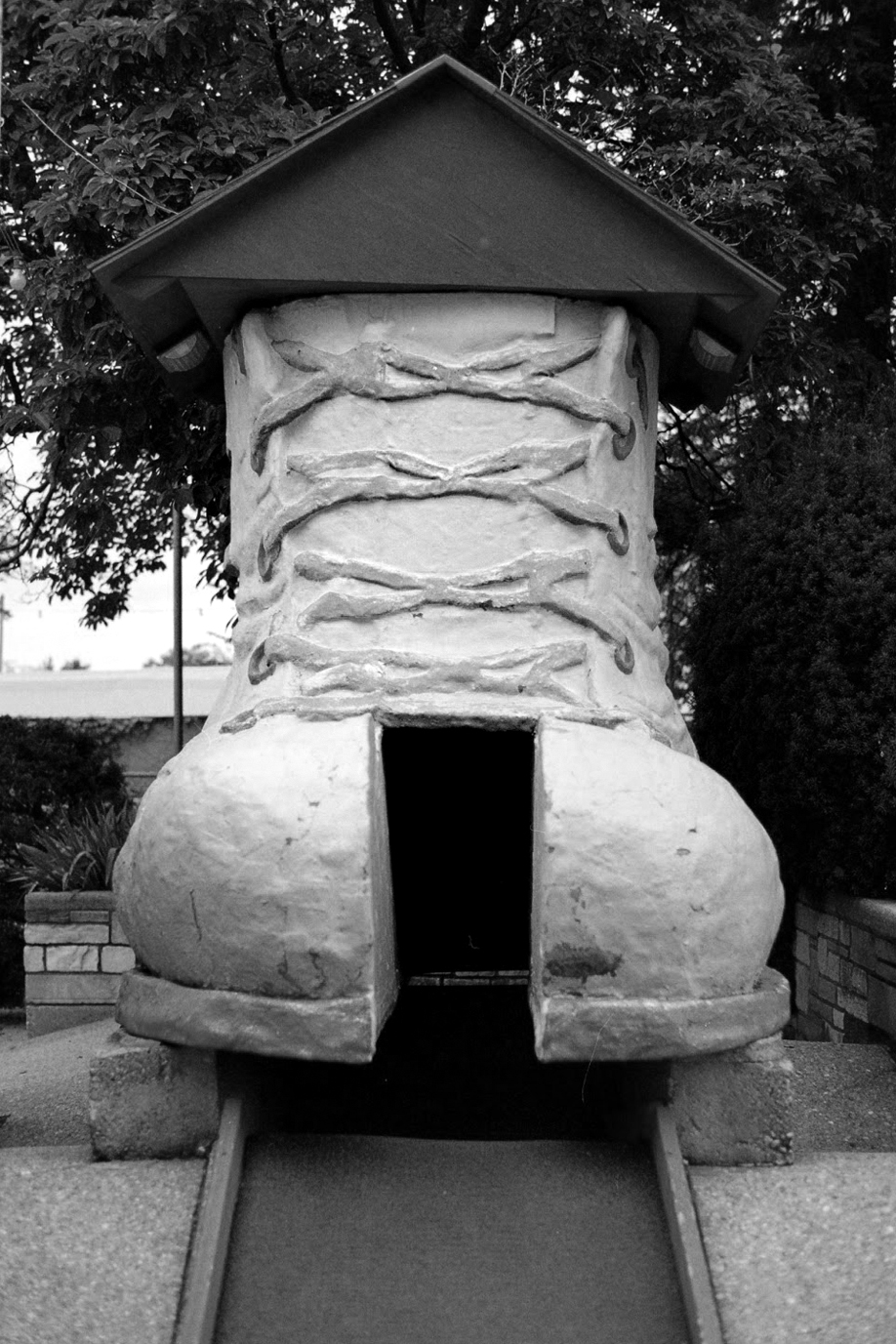 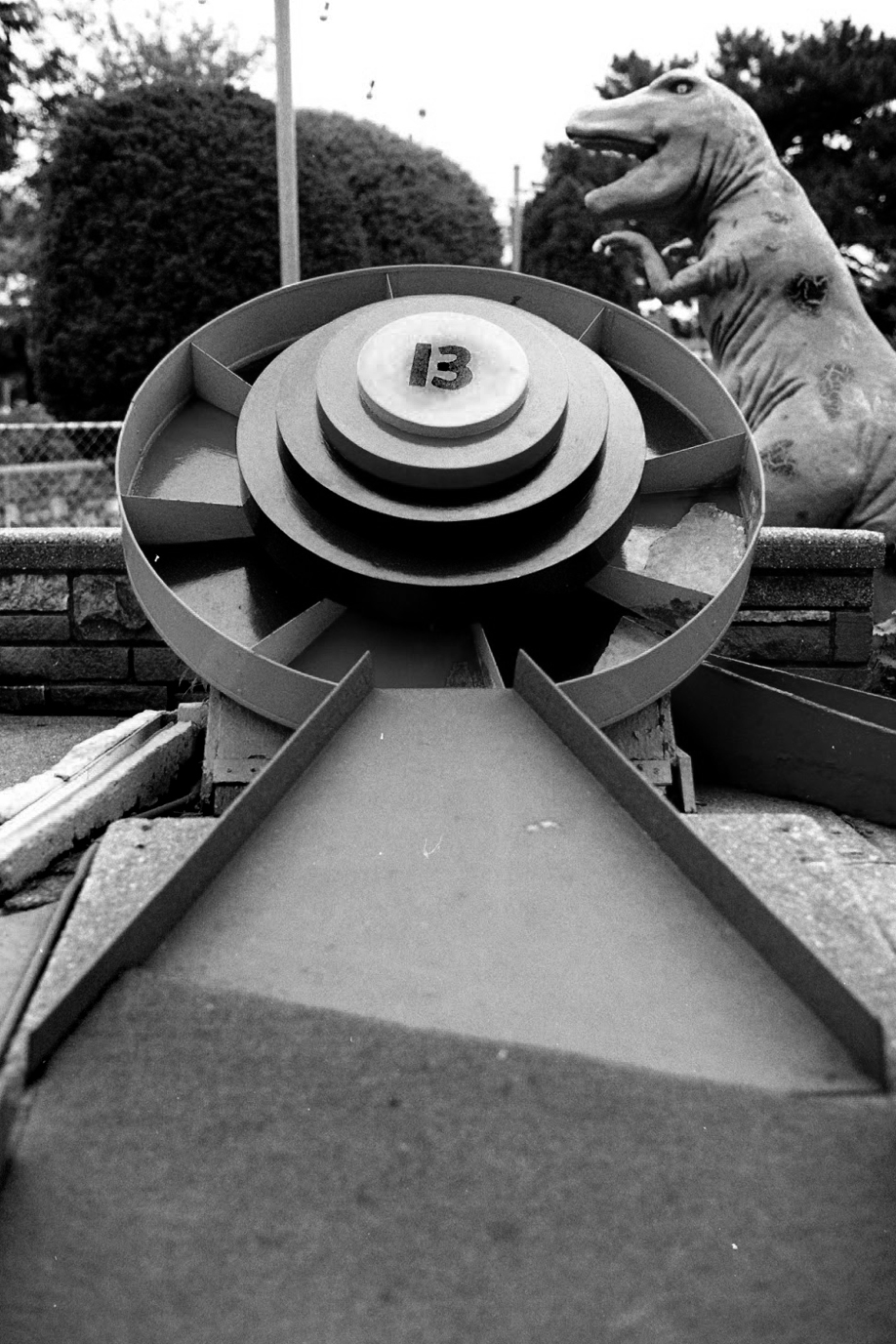 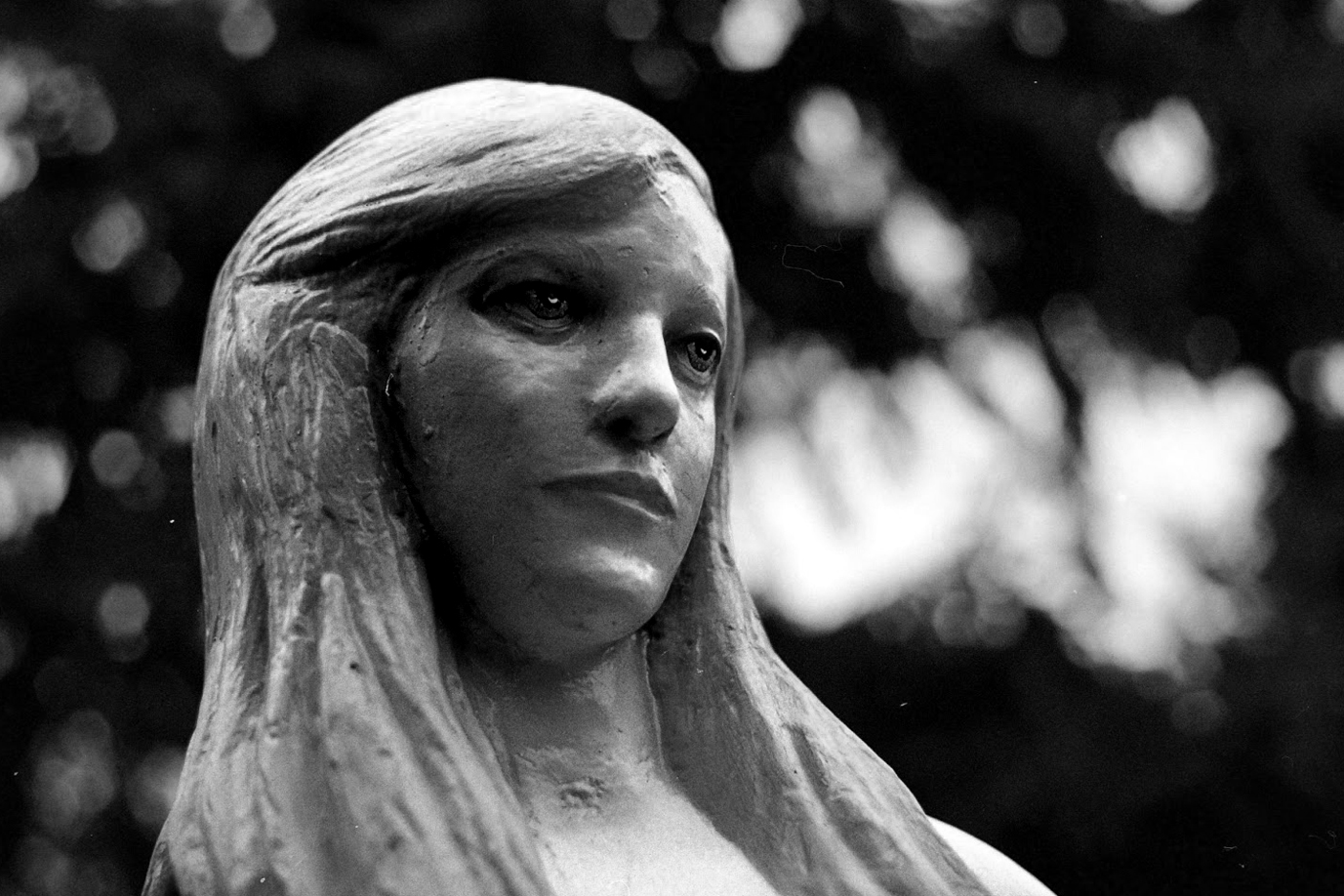 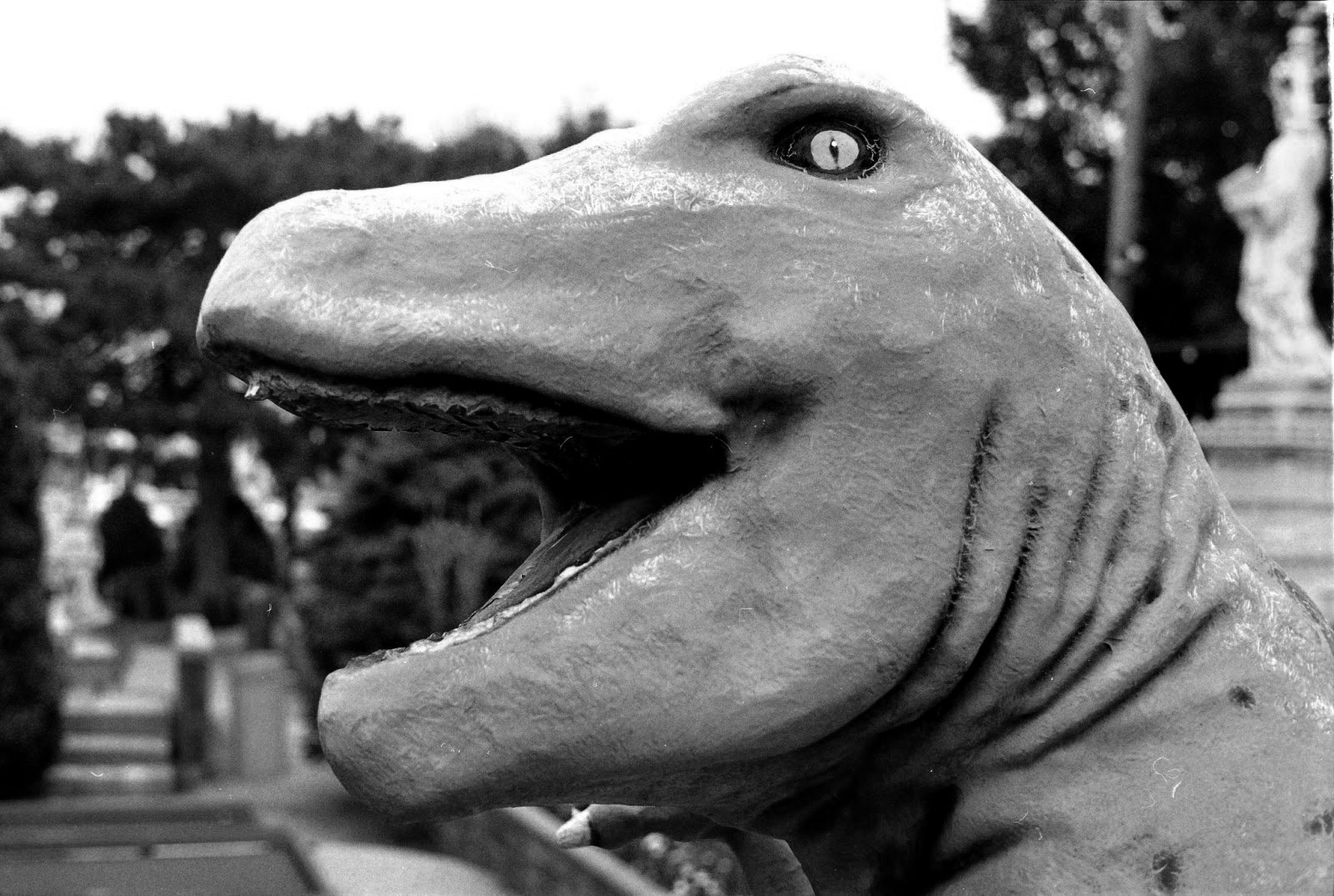 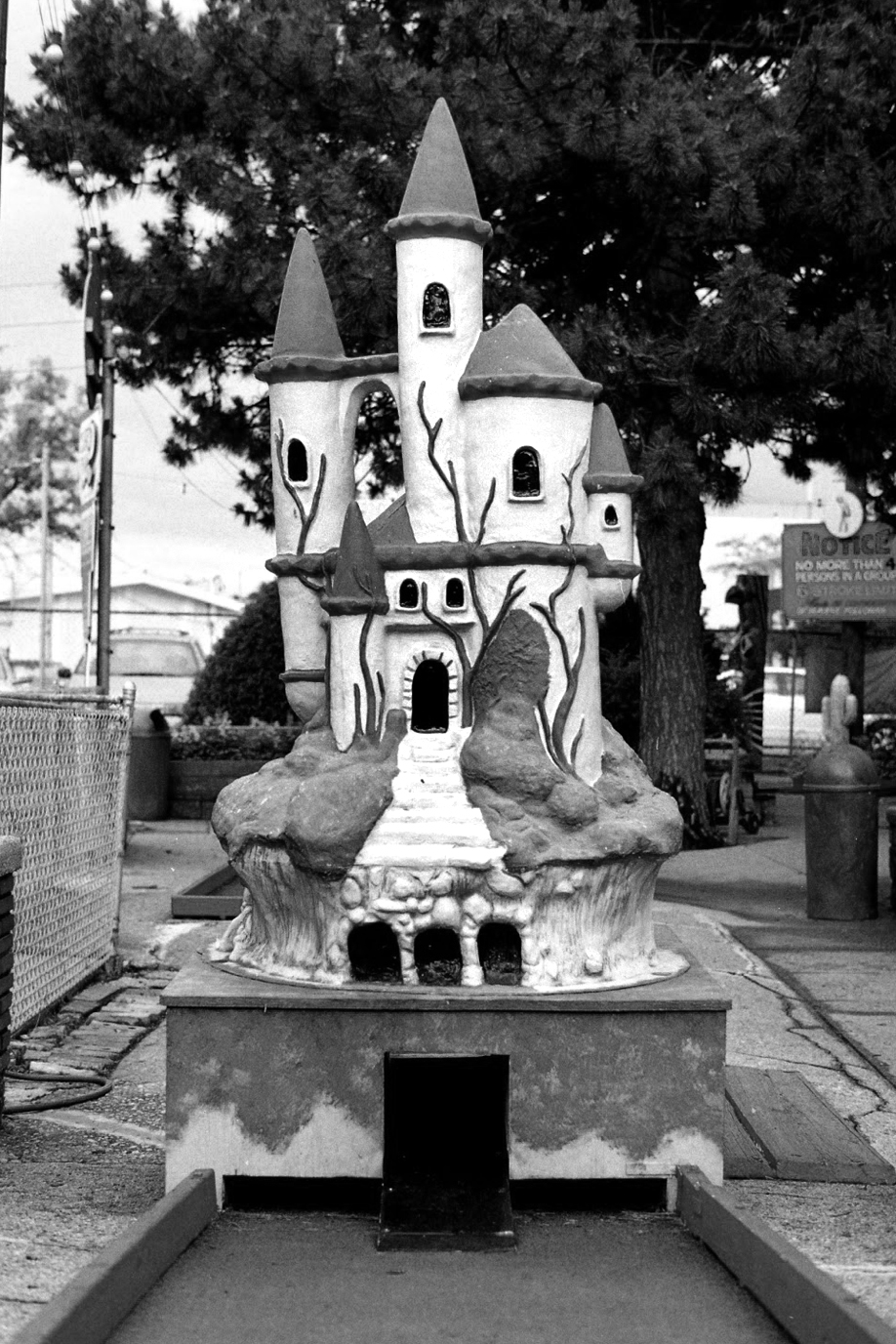 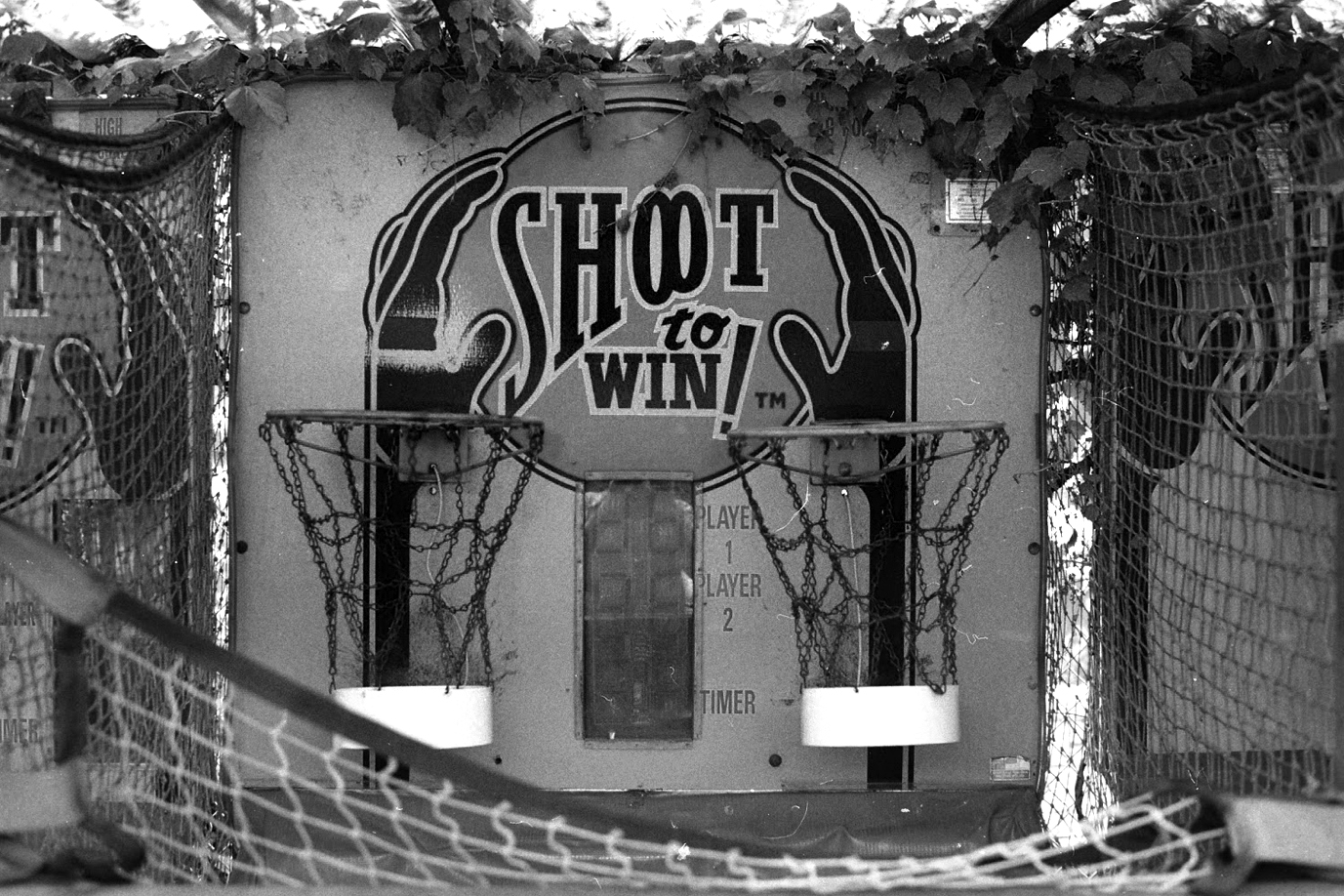 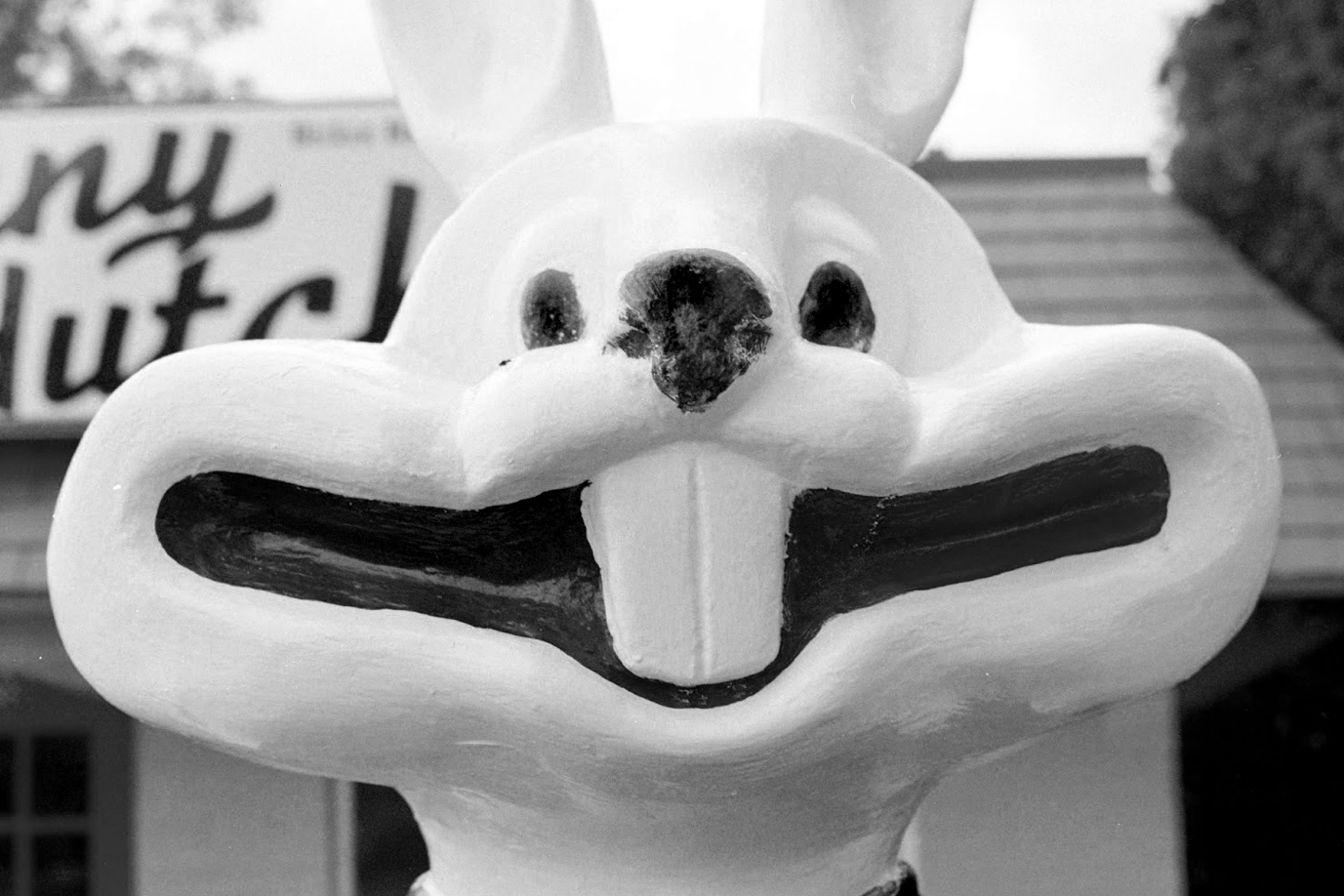 So yeah, I found the TLS 401 a lot of fun to use. It's definitely a camera that I'll use again. Thanks for looking!
Posted by Brennan at 1:14 PM