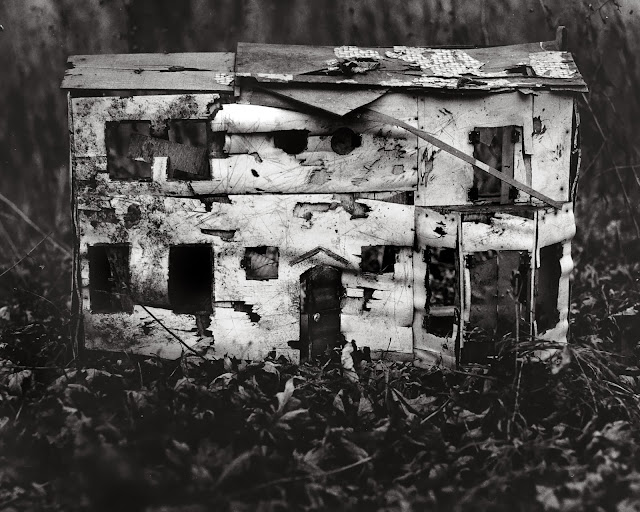 About one year ago, I took a doll house into the woods, with the intent to photograph it, and to see if anyone would notice it and interact with it. My original photo was a failure. The contrast was poor, and the house simply didn't look distressed enough. A couple months later,the house disappeared. I thought that that someone had seen it and simply thrown it out.

Fast forward to a week ago. I was walking through the same woods, taking photos of some other stuff, when I found the house! It had been moved a few hundred yards deeper into the forest. I rushed home and picked up my Pentax 6x7 with a tripod and took some shots of it. The house is way cooler looking now than I ever could have imagined. And it's only going to get better with time. Hopefully it'll last for another year.

This shot was taken on my Pentax 6x7 with a 105mm lens, and Ilford Delta 400 film. The original print is 11x14. This digital representation was cropped to an 8x10 ratio.

Thanks for looking!
Posted by Brennan at 8:35 PM