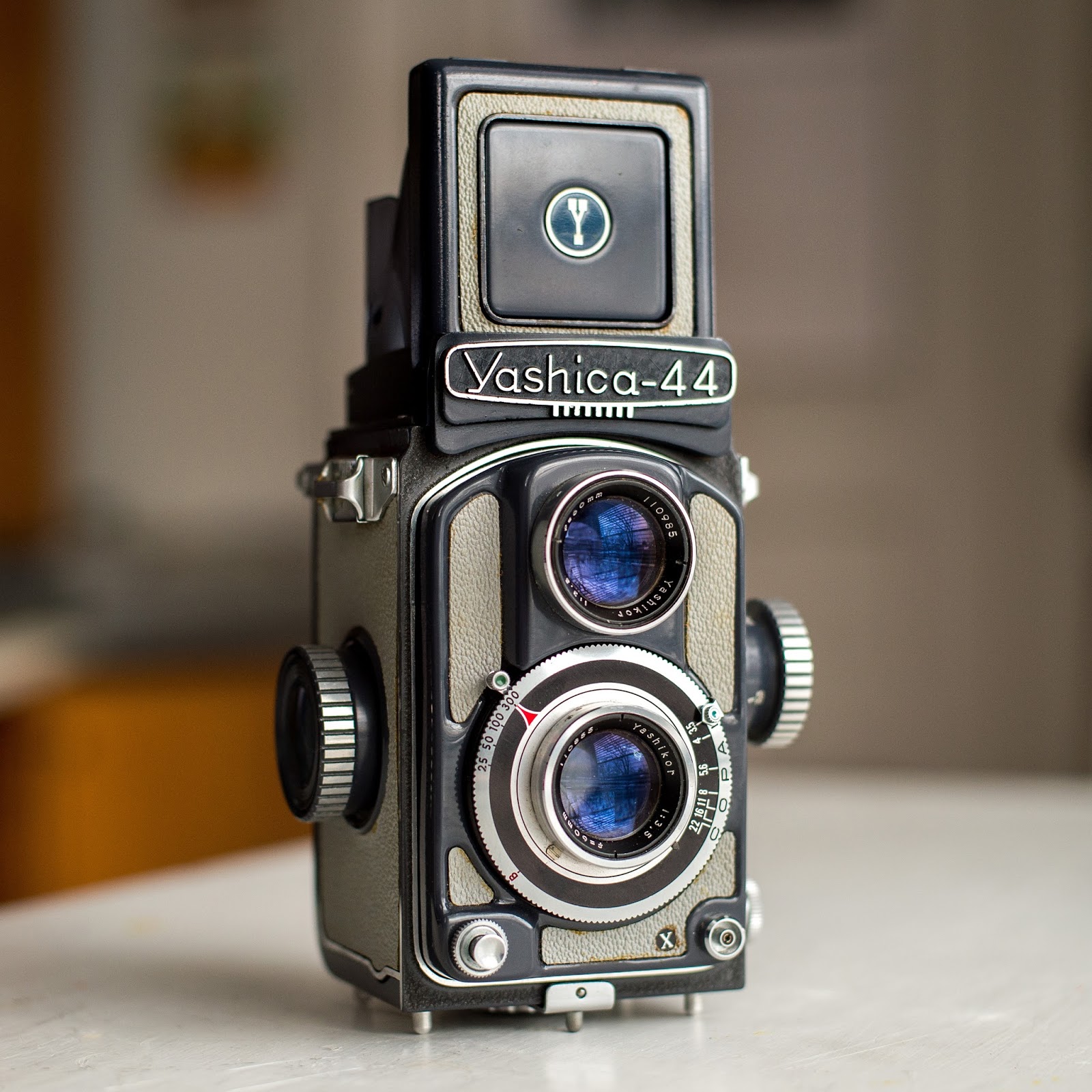 The Yashica 44A is an absolutely beautiful 4x4 twin lens reflex camera. First released in 1959, the 44A was a cheaper alternative to Yashica's flagship 4x4 TLR, the Yashica-44. The 44A has a simple leaf shutter, with selectable speeds of 1/25th,1/50th, 1/100th, 1/300th, and Bulb: perfect for hand-held photography, but not so ideal for tripod work. The lens is a standard 60mm F/3.5 "Yashicor". Film is advanced via a knob on the right side of the camera, which I often nearly mistook for the focus knob (a smaller knob on the opposite side). There's a little red window on the back to help you keep track of what frame you're on. 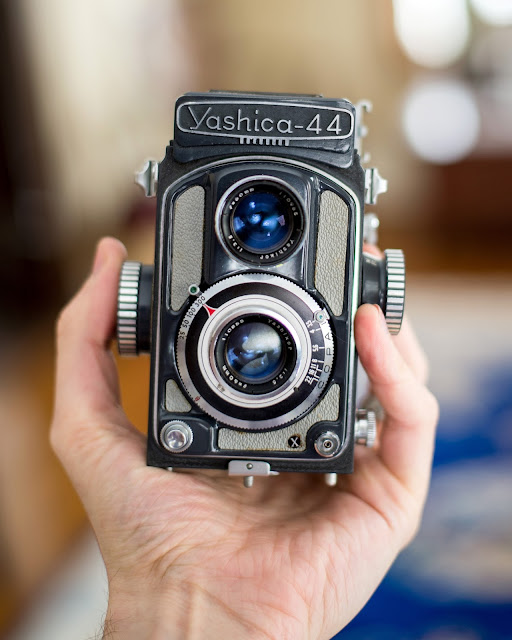 Did I mention this thing is tiny?! Wow. The 44A fits snugly in the palm of my hand, and weighs practically nothing, at least compared to my Mamiya C330. The focus screen is surprisingly bright and contrasty, with horizontal and vertical lines to help you compose your shot. There's also a pop-up magnifier for fine-focusing.

The Yashica 44A is a fun camera to use, but there's one problem. Being 4x4 format, the camera takes 127 film, which is pretty much extinct. In fact, to my knowledge, there's only one film being produced, and that's "ReraPan 100". I bought my roll of ReraPan 100 from B&H for $11.99. It came in a nice little capsule with some information written on it in Papyrus font. Apparently it's made in Japan.  Being twice as expensive as my favorite 35mm and 120 films, I can't see myself shooting with 127 film much in the future.

Though getting the film was a hassle, I still had a great time shooting with my Yashica 44A. I took it with me when Katie and I took a long walk down to the beach on Friday. We wandered out onto the frozen lake, slipping and sliding on the ice. Thank God the 44A is so tiny and easy to grip, or else I might have dropped it when I nearly fell on my ass multiple times!

Here are some photos I made from the adventure. For reference, to develop the ReraPan 100, I used Ilford DDX developer for 9.5 minutes, agitating every 30 seconds. Be warned, ReraPan scratches very easily compared to Ilford and Kodak film. Learned that the hard way... 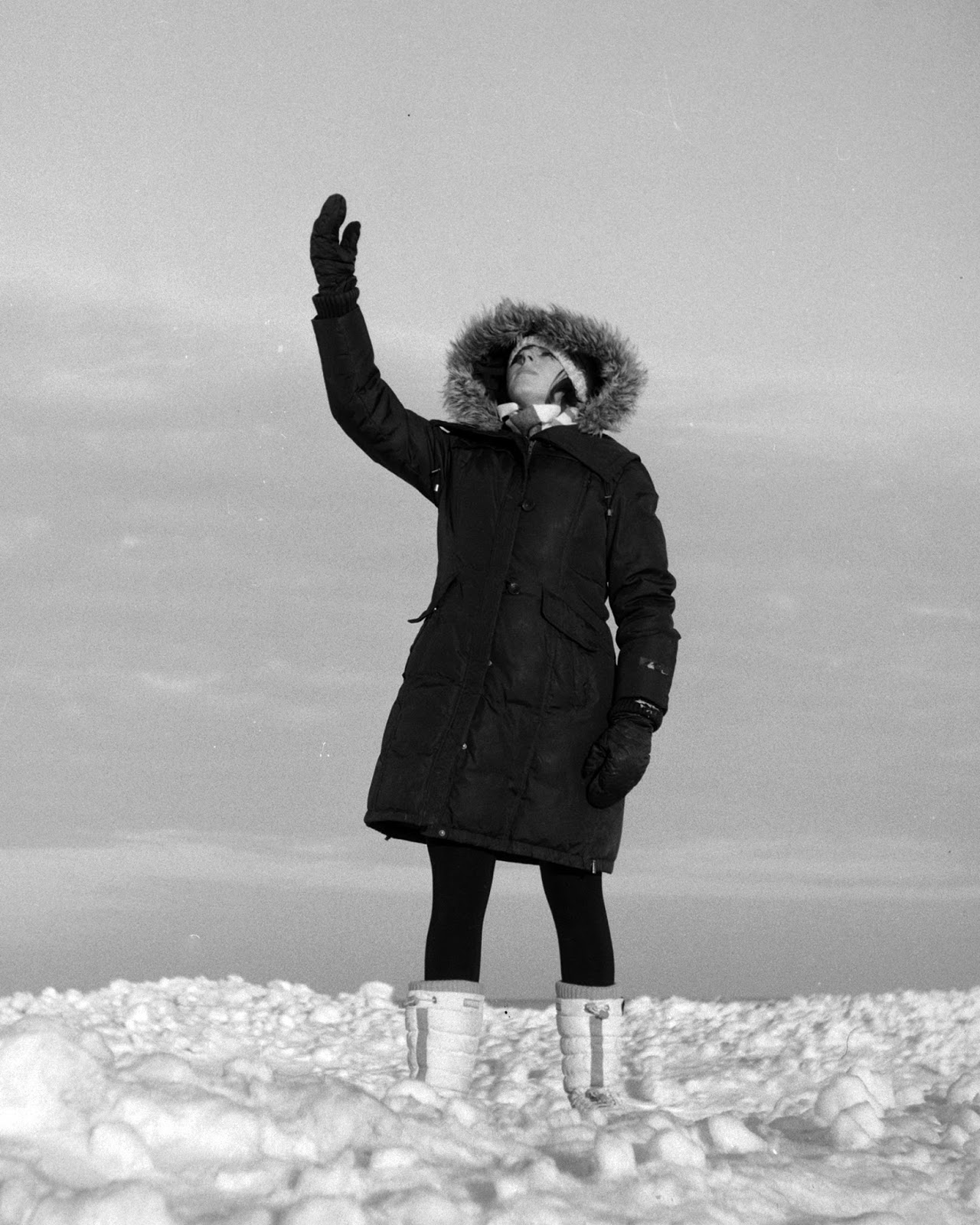 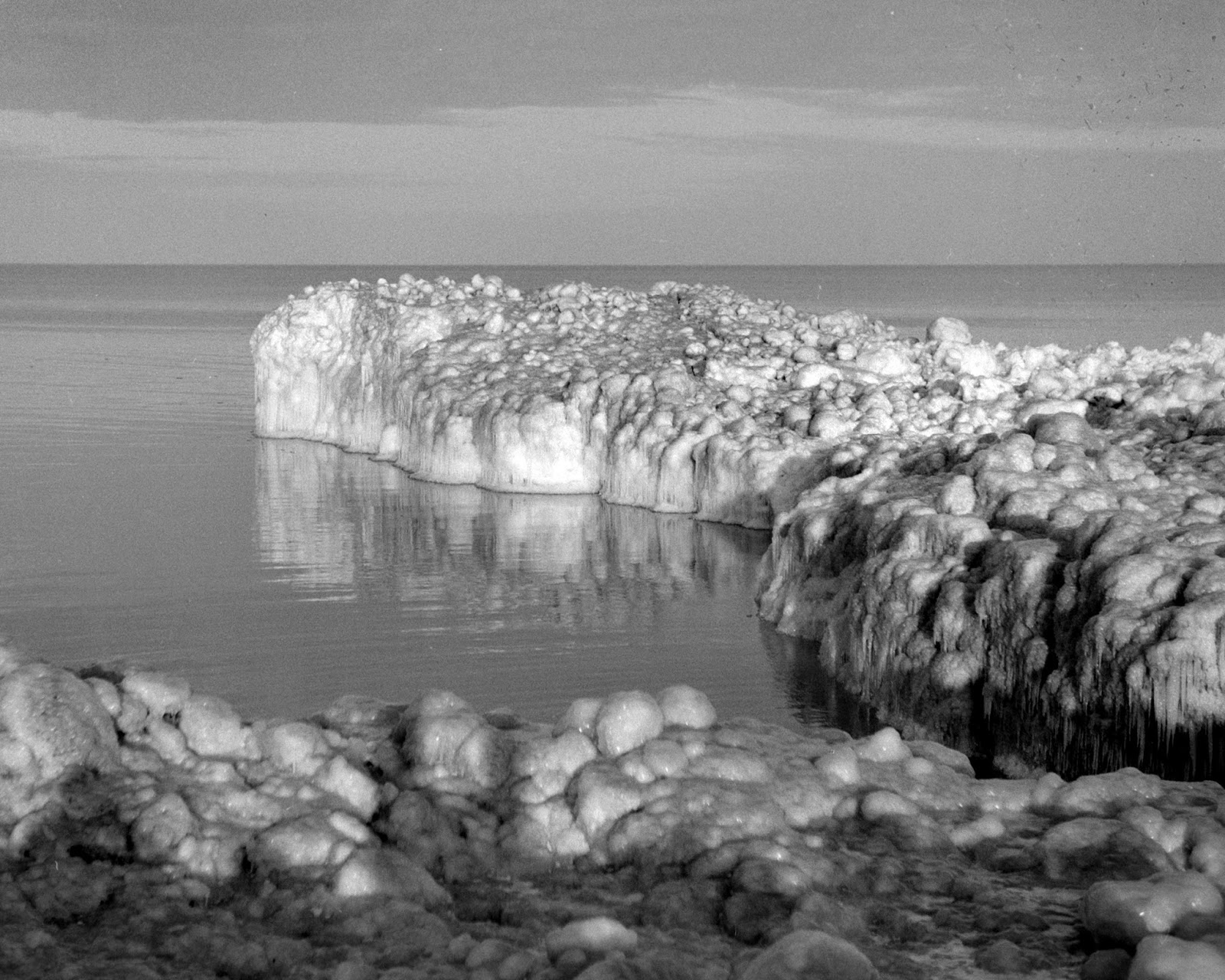 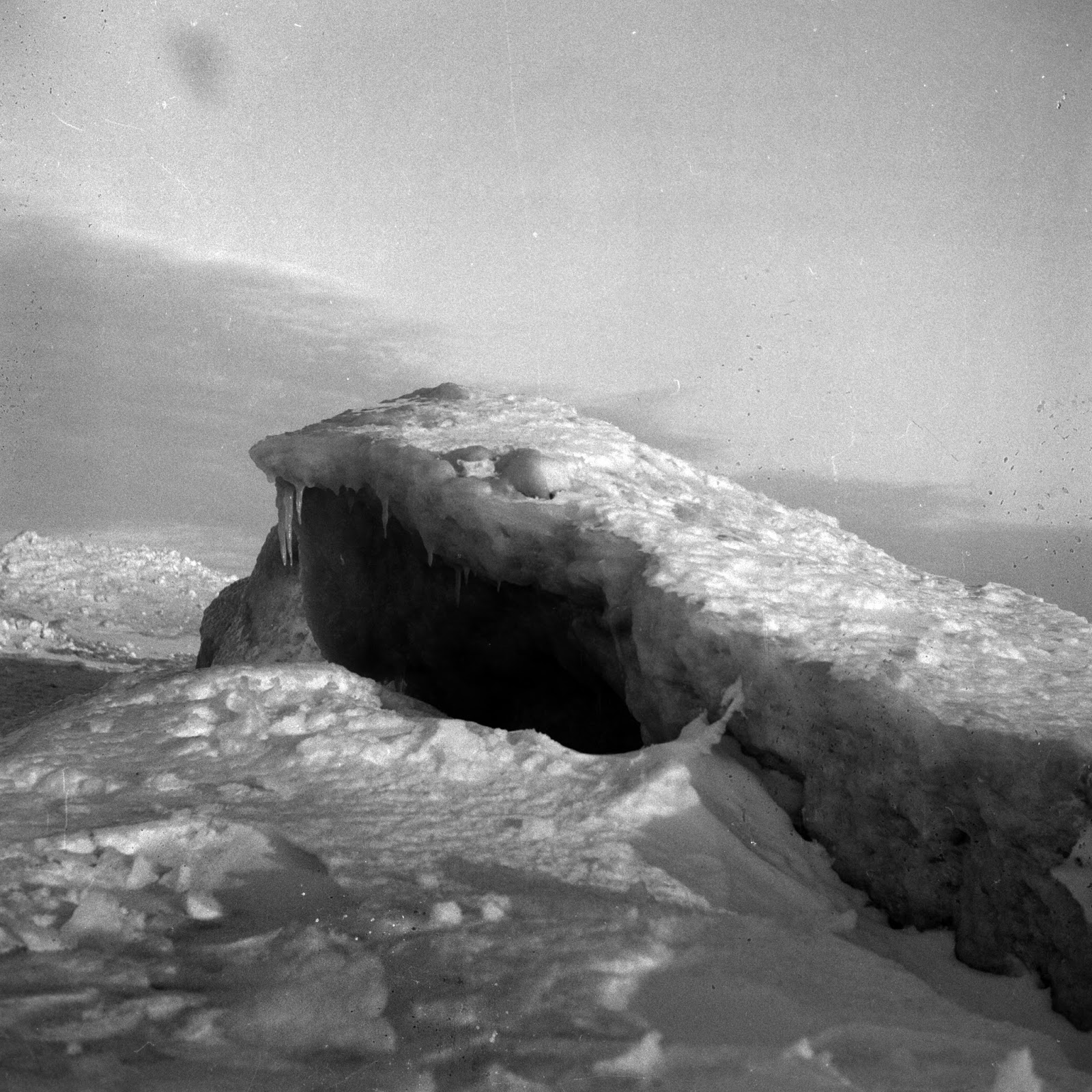 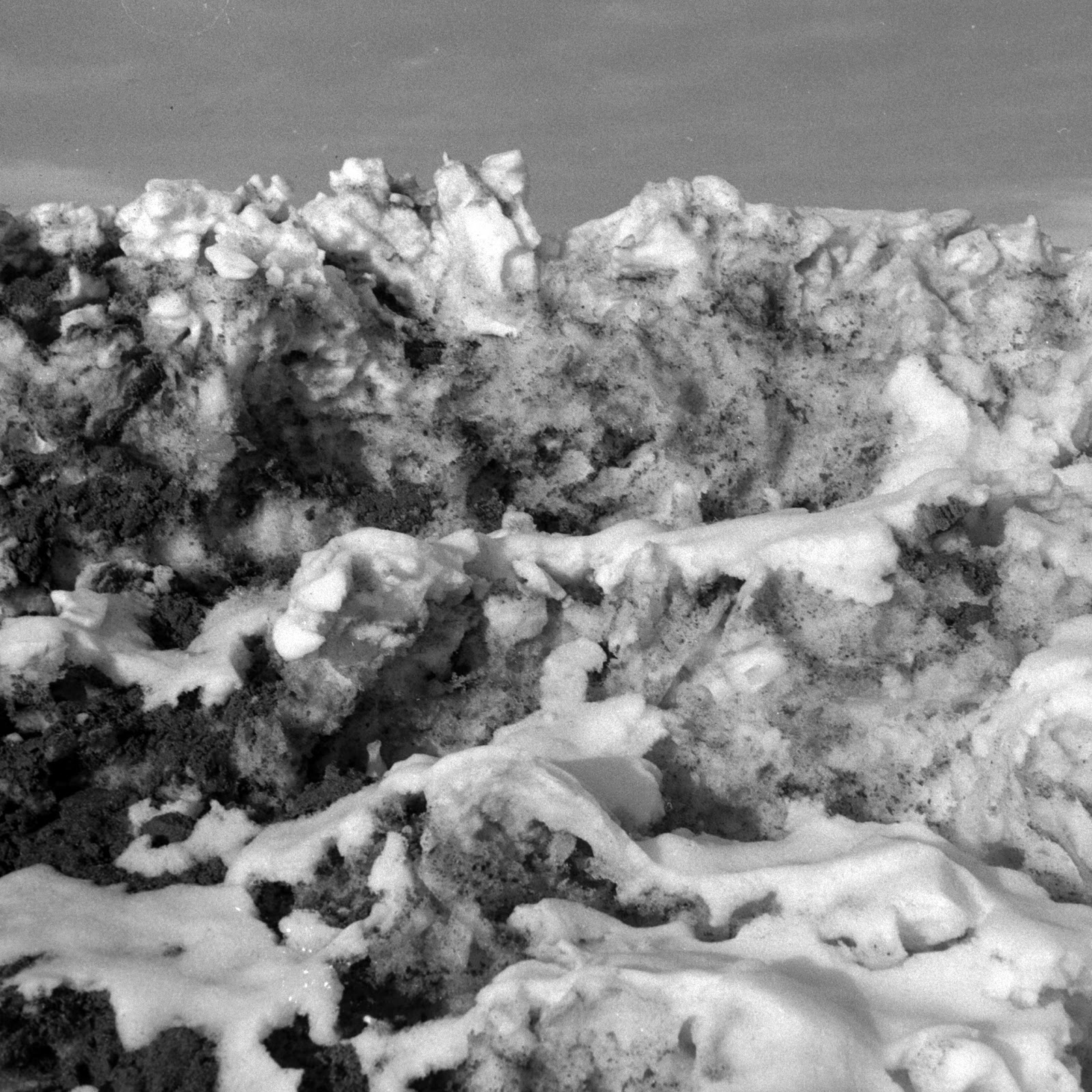 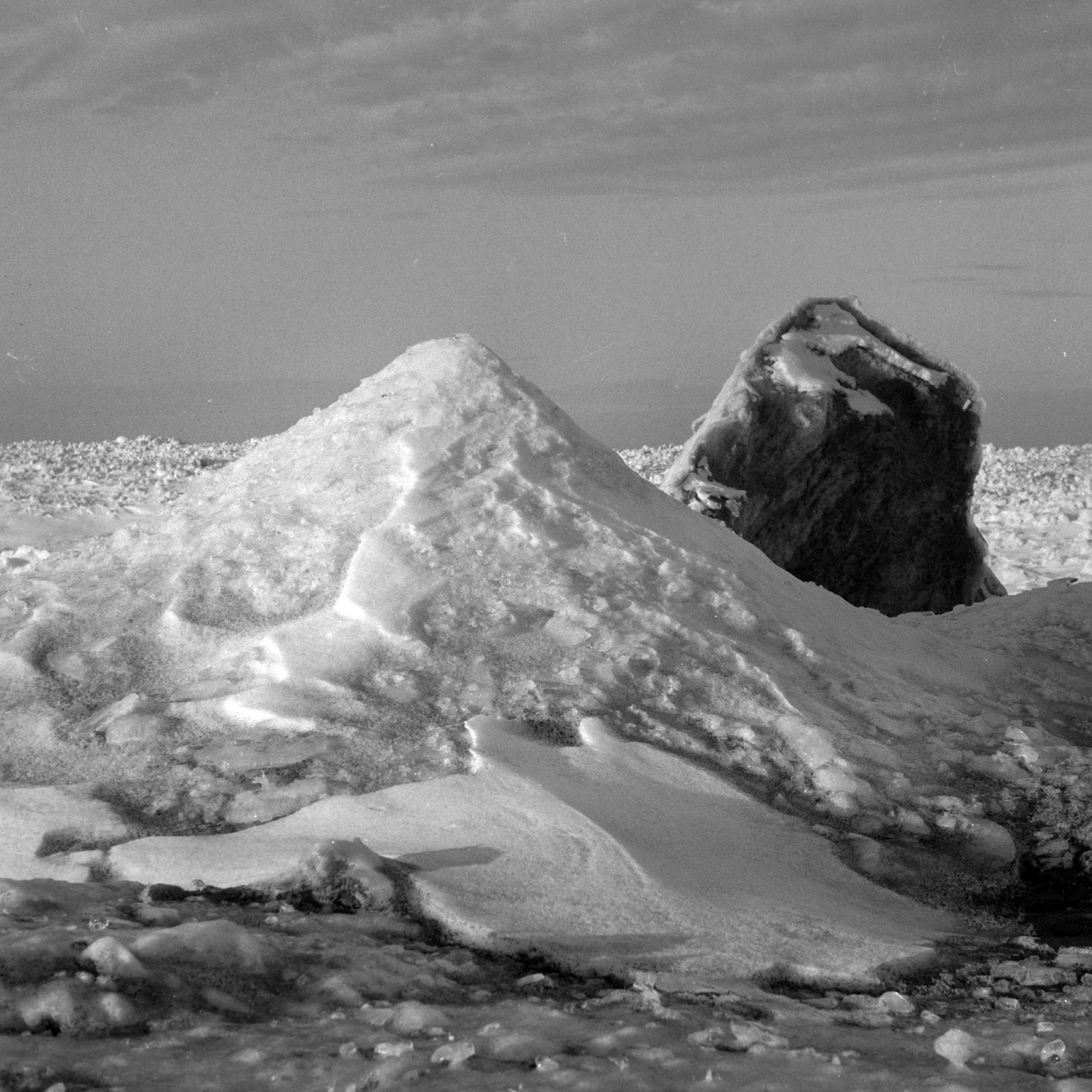 I made a couple of actual darkroom prints today using negs from this roll. I'll post those very soon. Thanks for looking!