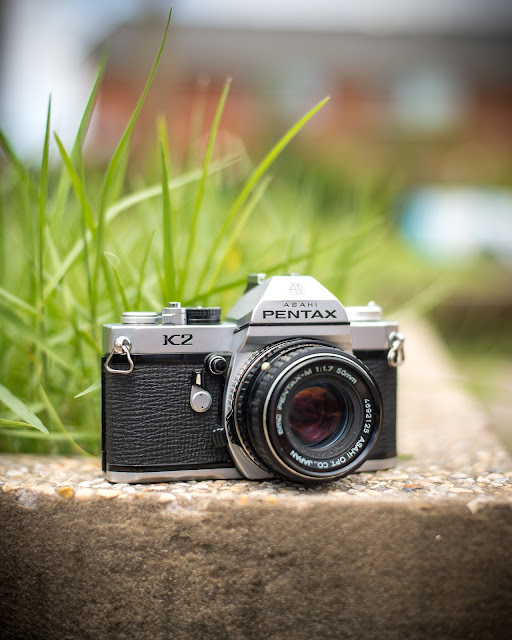 The Pentax K2 is a 35mm SLR, and was first released in 1975 as Pentax's top-of-the-line camera. Along with the KX and KM cameras that released at the same time, the K2 was the first camera to incorporate Pentax's new bayonet K-Mount, which replaced the their aging screw-mount system. The K2 is a feature rich camera, and until the launch of the LX in 1980, it was arguably Pentax's most advanced 35mm photographic tool. Unfortunately, the K2 was quickly overshadowed by the much smaller MX and more economic K1000 cameras Pentax released just a year after it in 1976.

I received this K2 as a gift from my friend, Pat Velasco. It's in exceptional condition. Thanks, Pat! 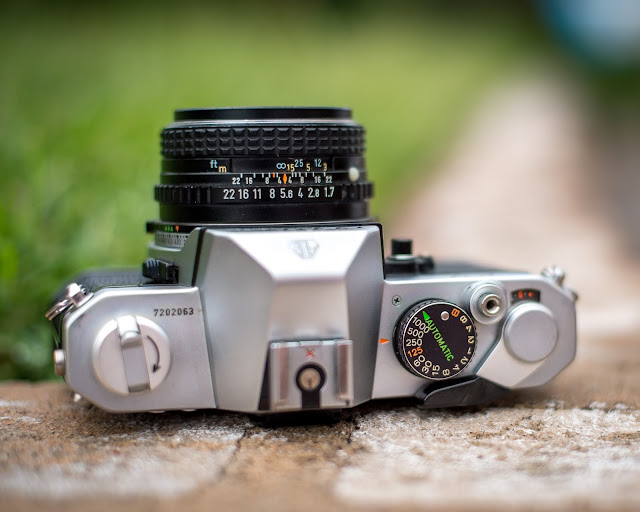 I would classify the K2 as a "prosumer" camera. It has all the bells and whistles the average shutterbug could ever want, but is missing a few "pro" features, such as interchangeable focusing screens and viewfinders.  It's also not compatible with motor drives or data backs. For the average 70's dude (or dudette), however, the K2 was pretty advanced. It boasts an electronic shutter, with speeds ranging from 1/1000th to 8 seconds, plus bulb. The shutter still fires without batteries at 1/125th of a second and bulb. There is a handy battery-check button you can press to see if you have enough juice. The K2 also has an "automatic" aperture-priority exposure mode, where you set the aperture and the camera figures out the shutter speed. Exposure compensation up to +2/-2 EV is selectable via a dial around the lens mount. Just be careful, as there is no warning as to when you have exposure compensation active, so be sure to set it back to standard (1x) after you take your shot. 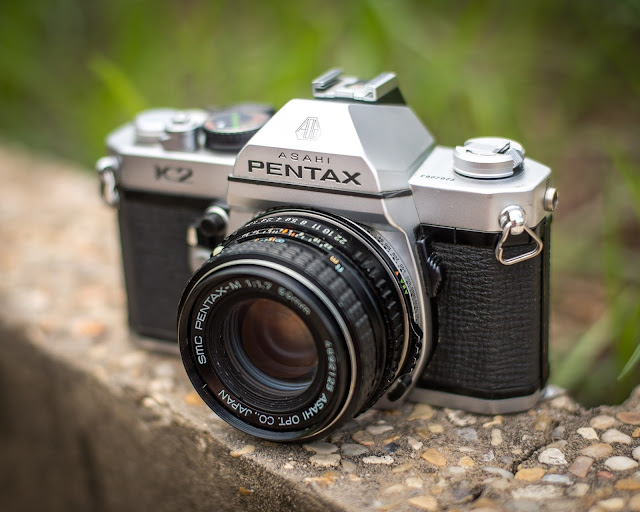 Other features include a self-timer, depth-of-field preview button, and a lockable shutter release to prevent accidental firing (yes!). There's a memo-holder on the back of the camera, which is always appreciated. The K2 is also one of the only Pentax 35mm cameras to include a mirror lock-up function. It's conveniently located on the side of the lens mount. X and FP sockets are available on the side of the camera, and a hot-shoe is built in if flash photography is your thing. The focusing screen is big and bright. As previously mentioned it's not interchangeable, and has a center microprism that's not as great as a split prism (in my opinion), but is still pretty easy to use. The exposure meter is very easy to read, with all the shutter speeds listed on the right side of the focusing screen, with a needle pointing to the recommended speed (or the selected speed if in automatic). 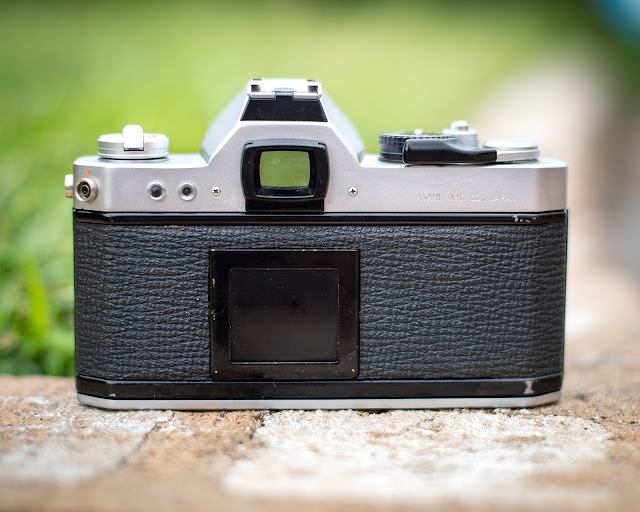 The K2 is built to last. It's almost entirely made out of metal, with very few plastic components. The camera is roughly the same size and shape as a K1000, but is a bit heavier. Ergonomics are pretty great for a camera from the 70's. Everything's easily reachable, even with your eye to the camera. The only real negative is the ASA/ISO selector dial, which is located around the lens mount, opposite the exposure compensation selector. Maybe it's just my personal camera, but the dial is extremely fiddly and hard to use. I'm not usually switching the ASA/ISO dial very often on film cameras, so this isn't really a big deal for me at all, but it might be for some people. Overall the camera is a joy to operate.

I took my K2 out with me on a bike ride with my wife a few days ago. We just moved to New Orleans this month, and decided to explore City Park, a large urban park in the northern-central part of the city. The park is huge, and we discovered a few buildings that have fallen into disrepair, such as an old dilapidated bathroom, snack bar, and pavilion. Along with the K2, I used a Pentax 50mm f/1.7 lens and expired Arista 400 film. 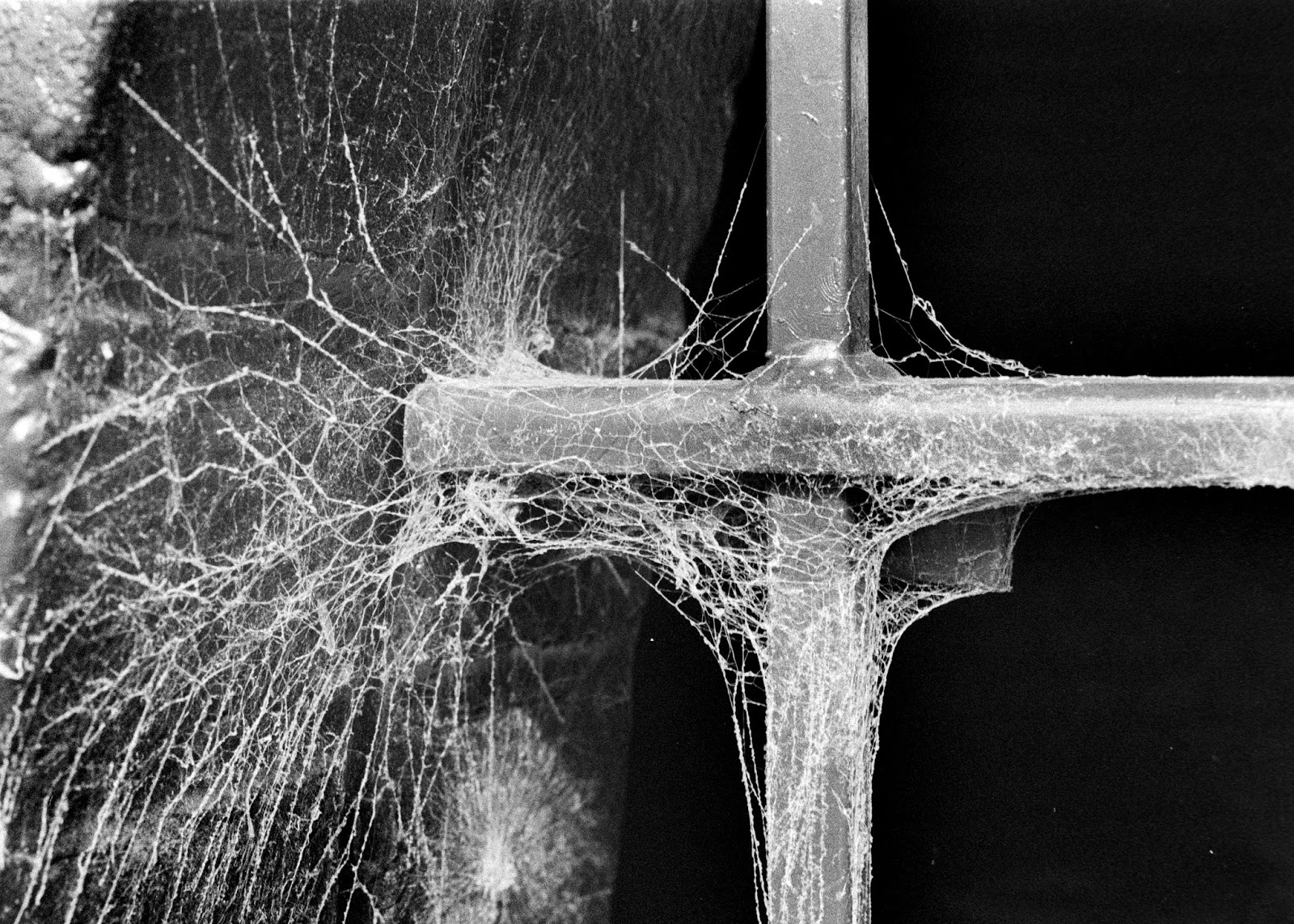 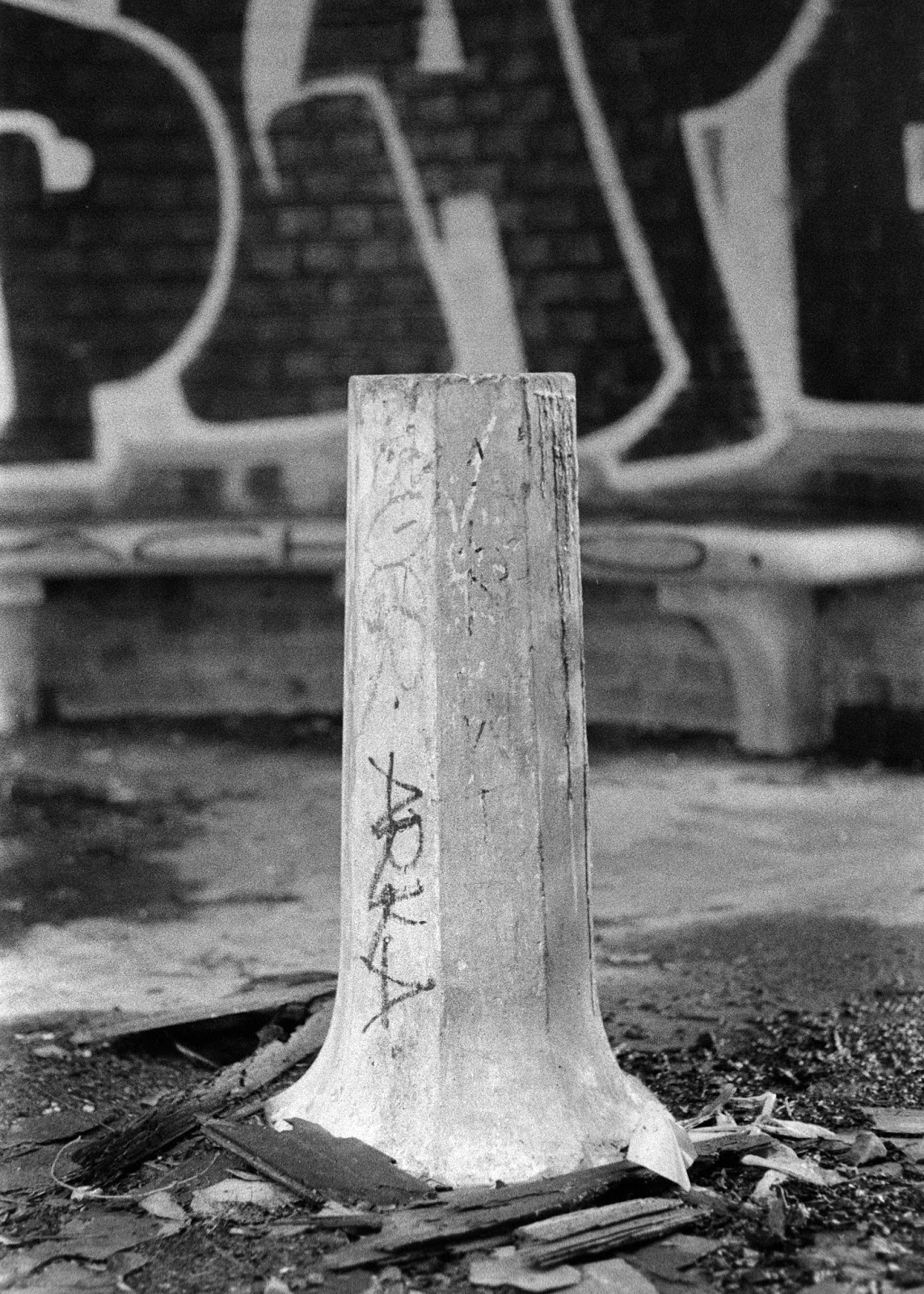 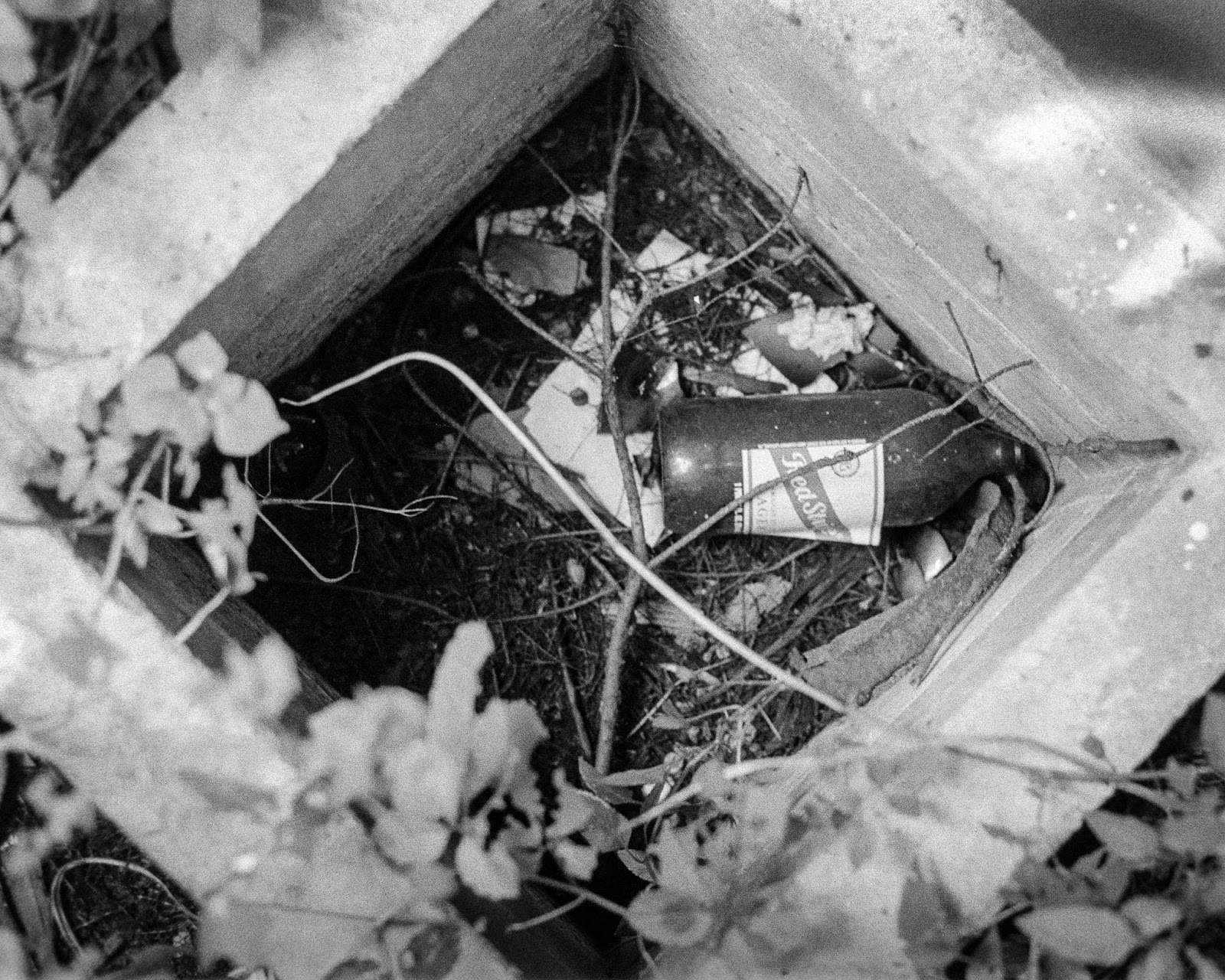 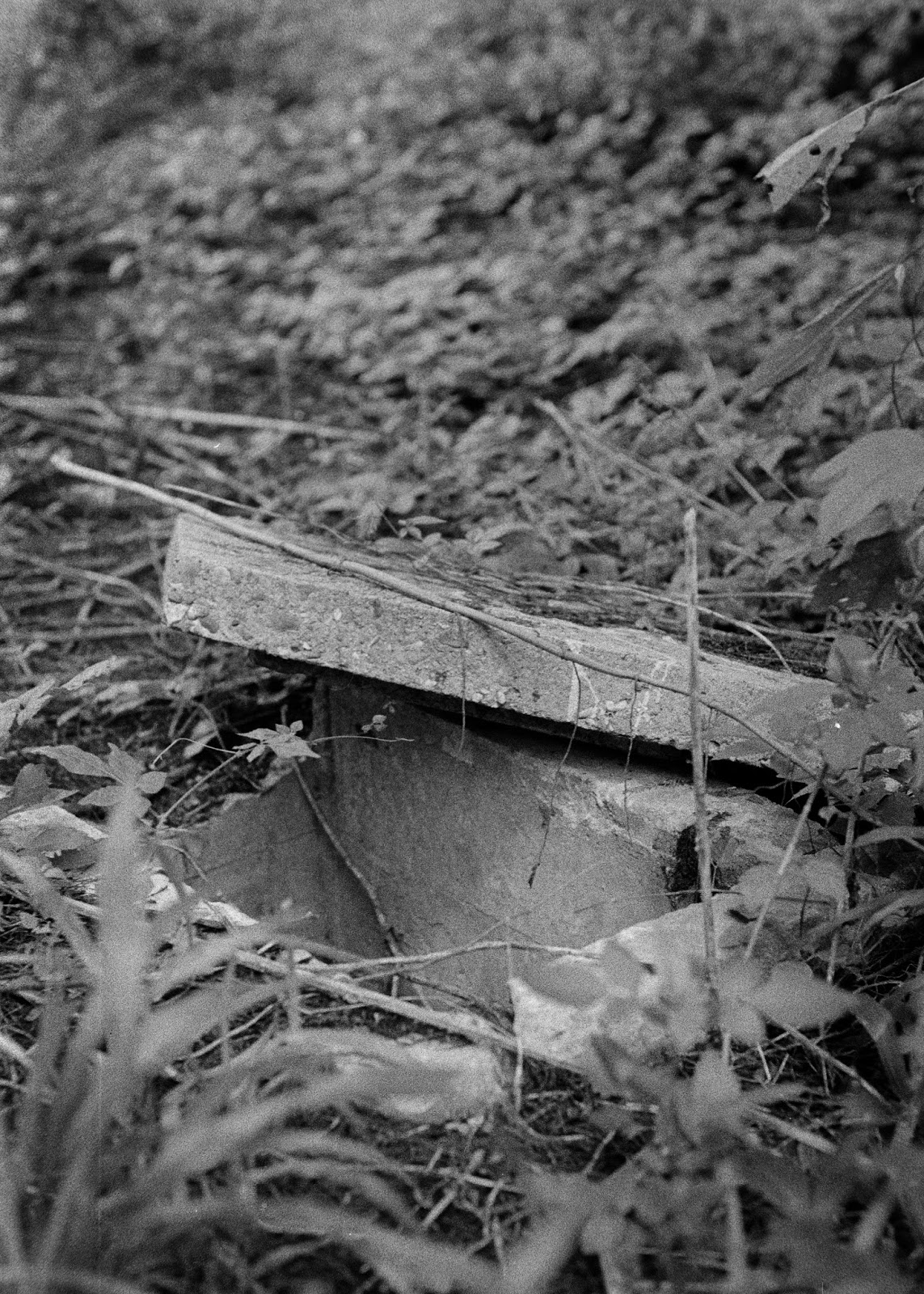 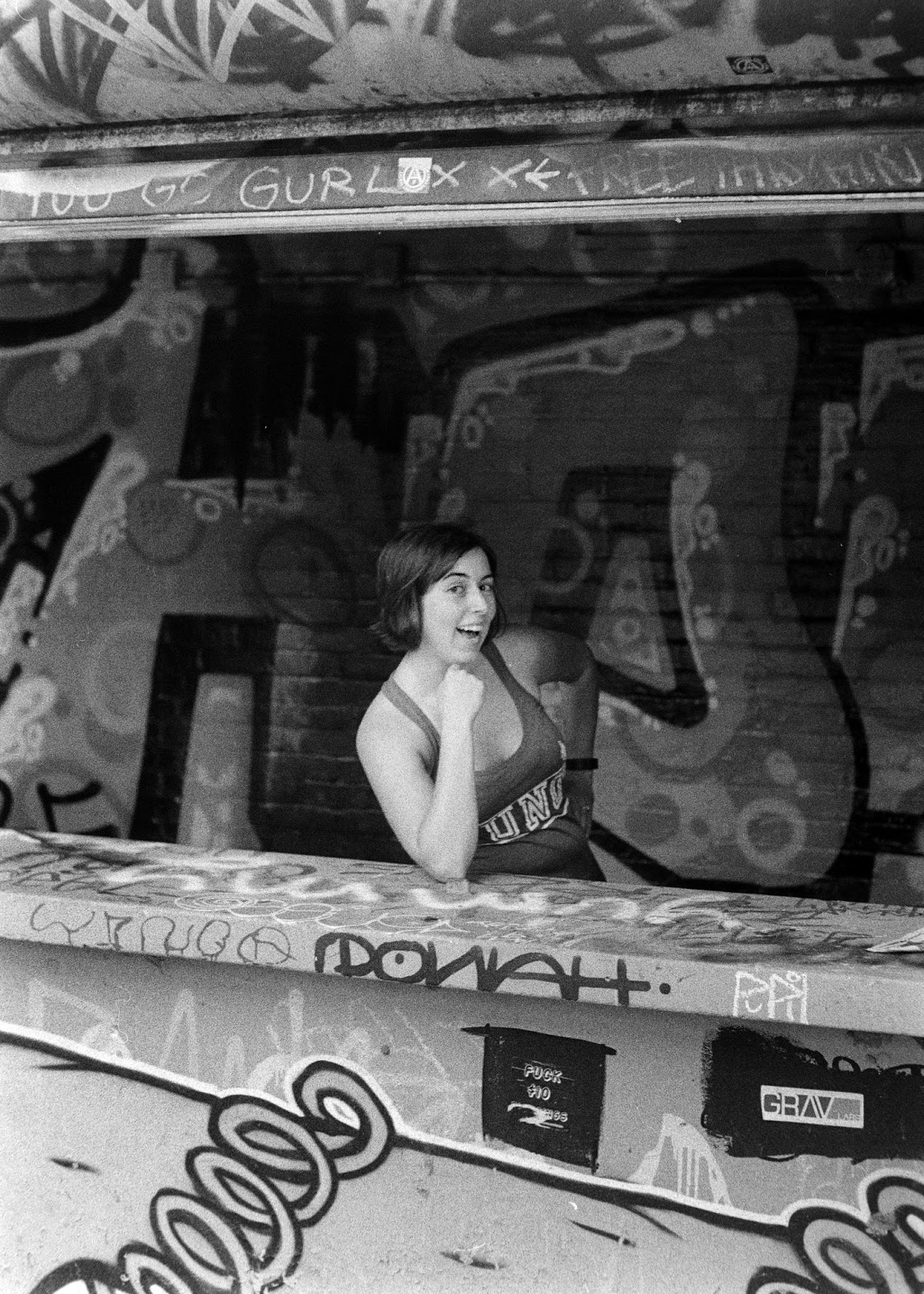 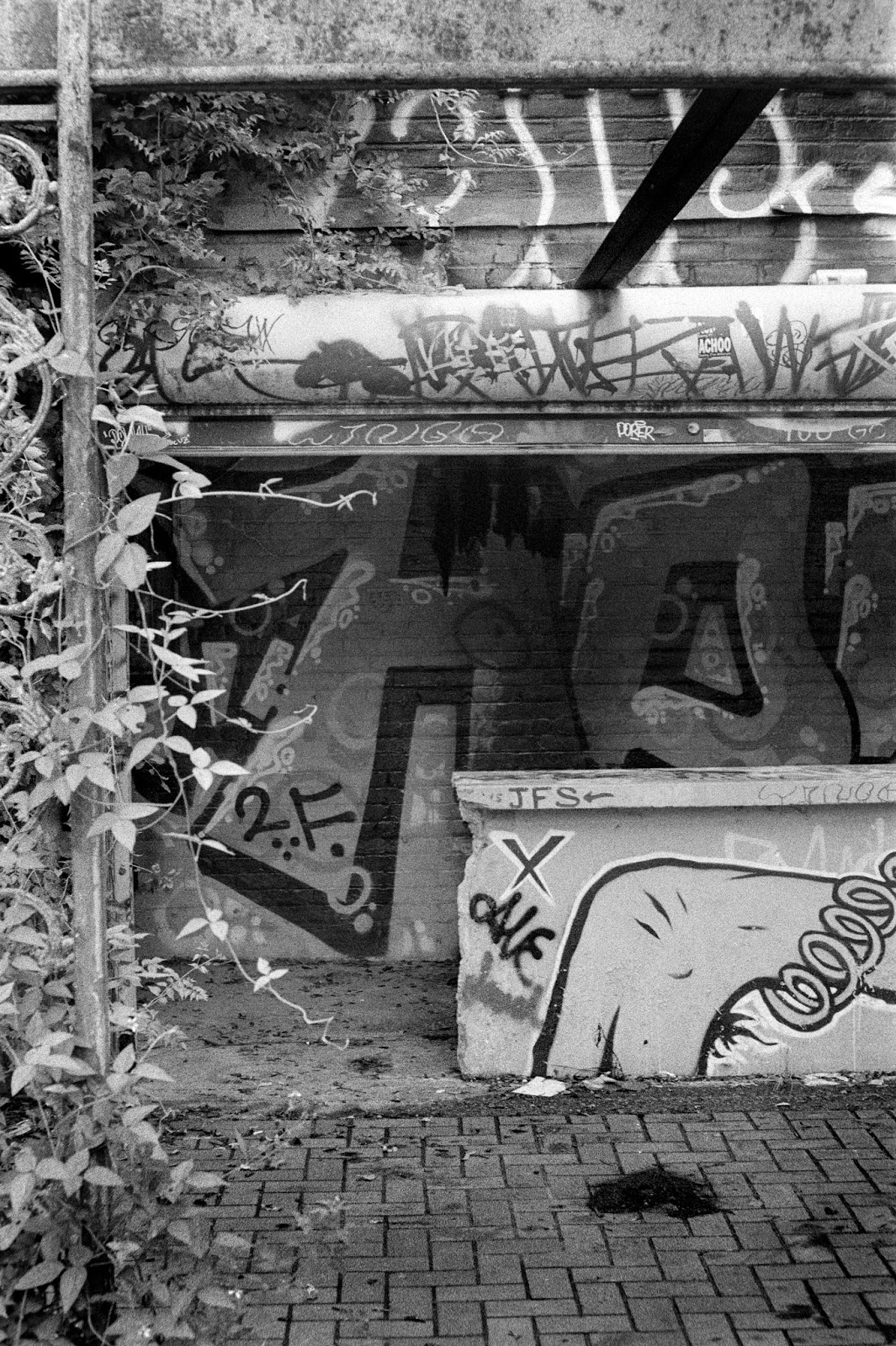 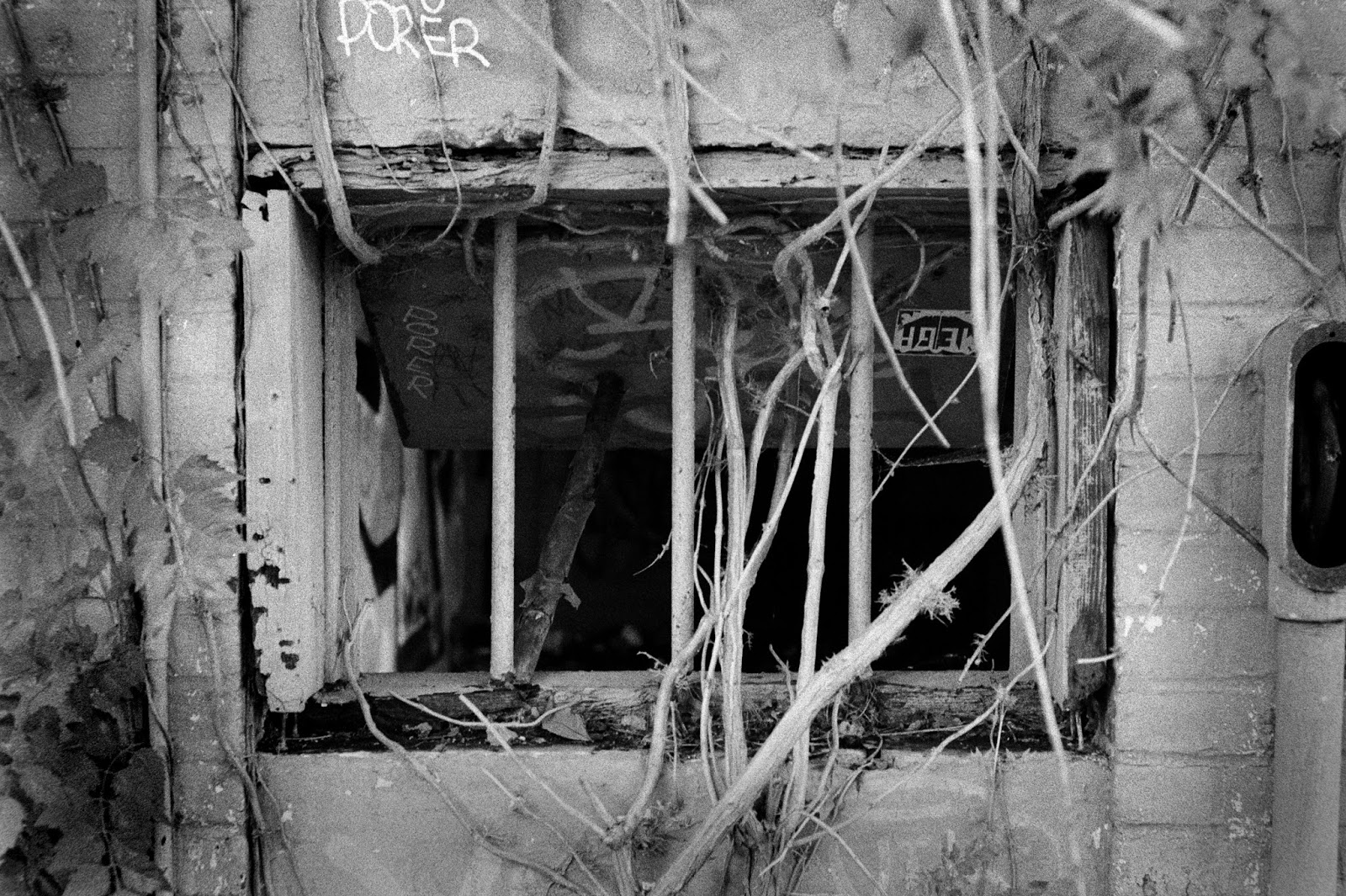 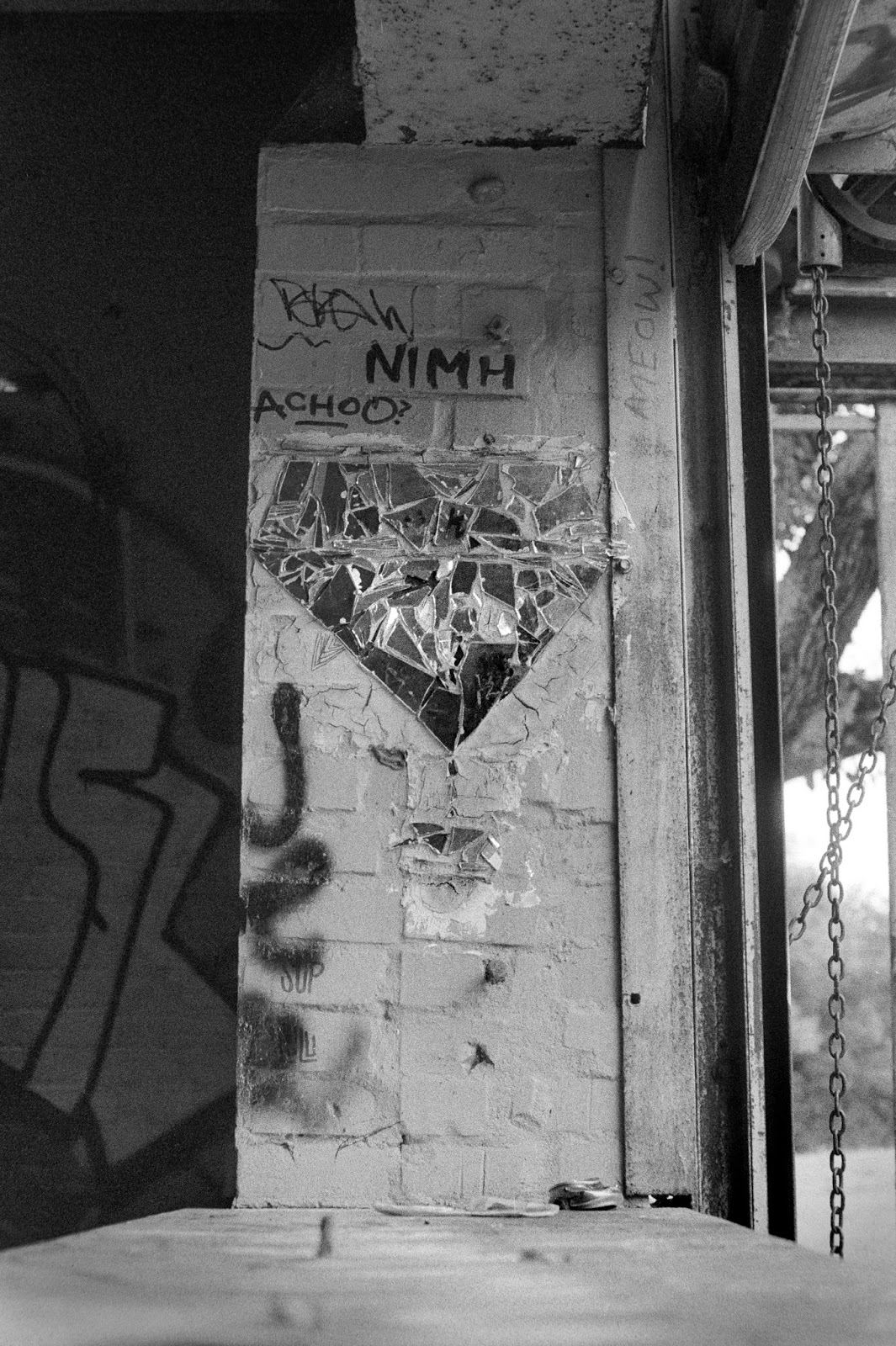 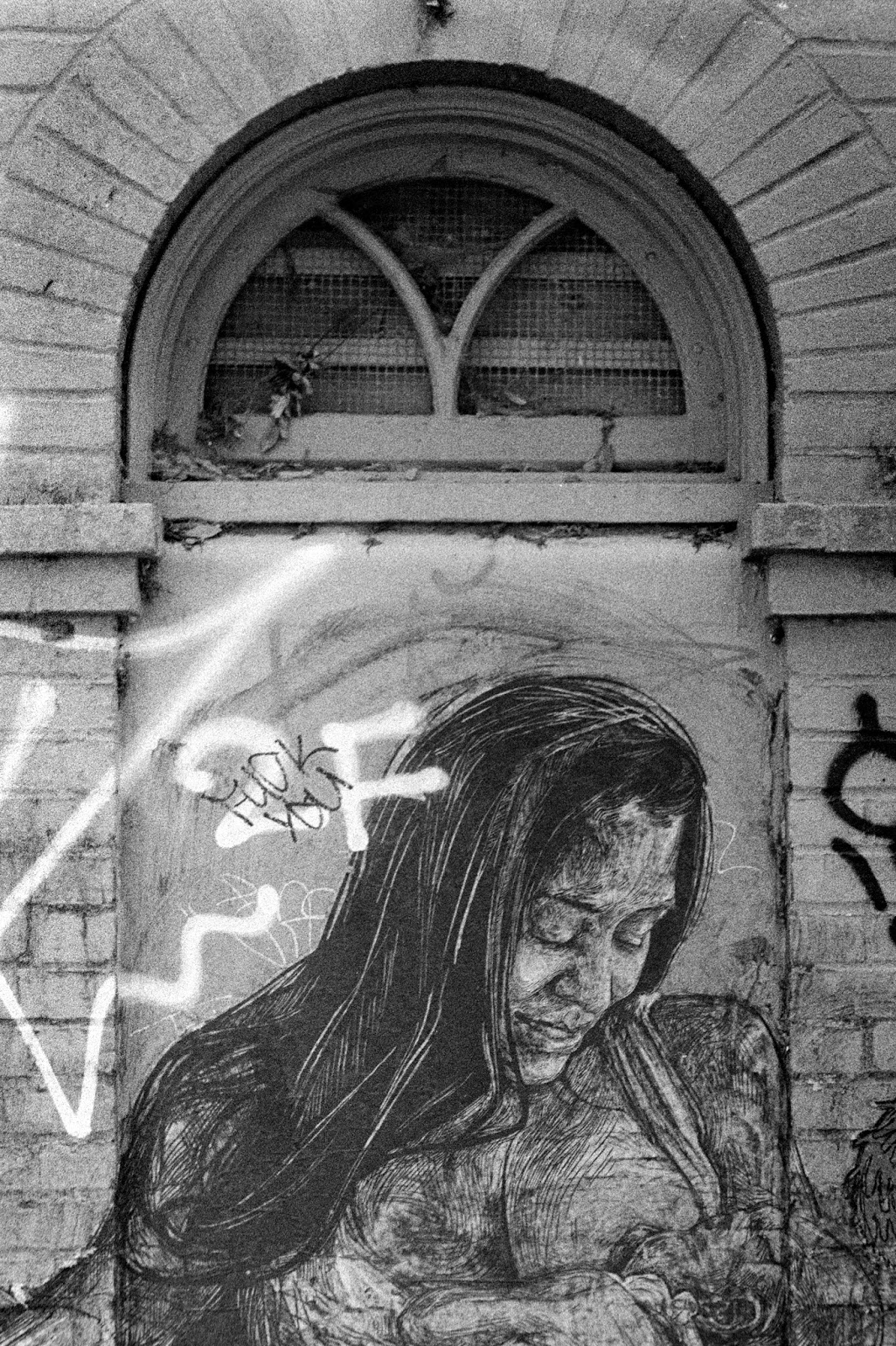 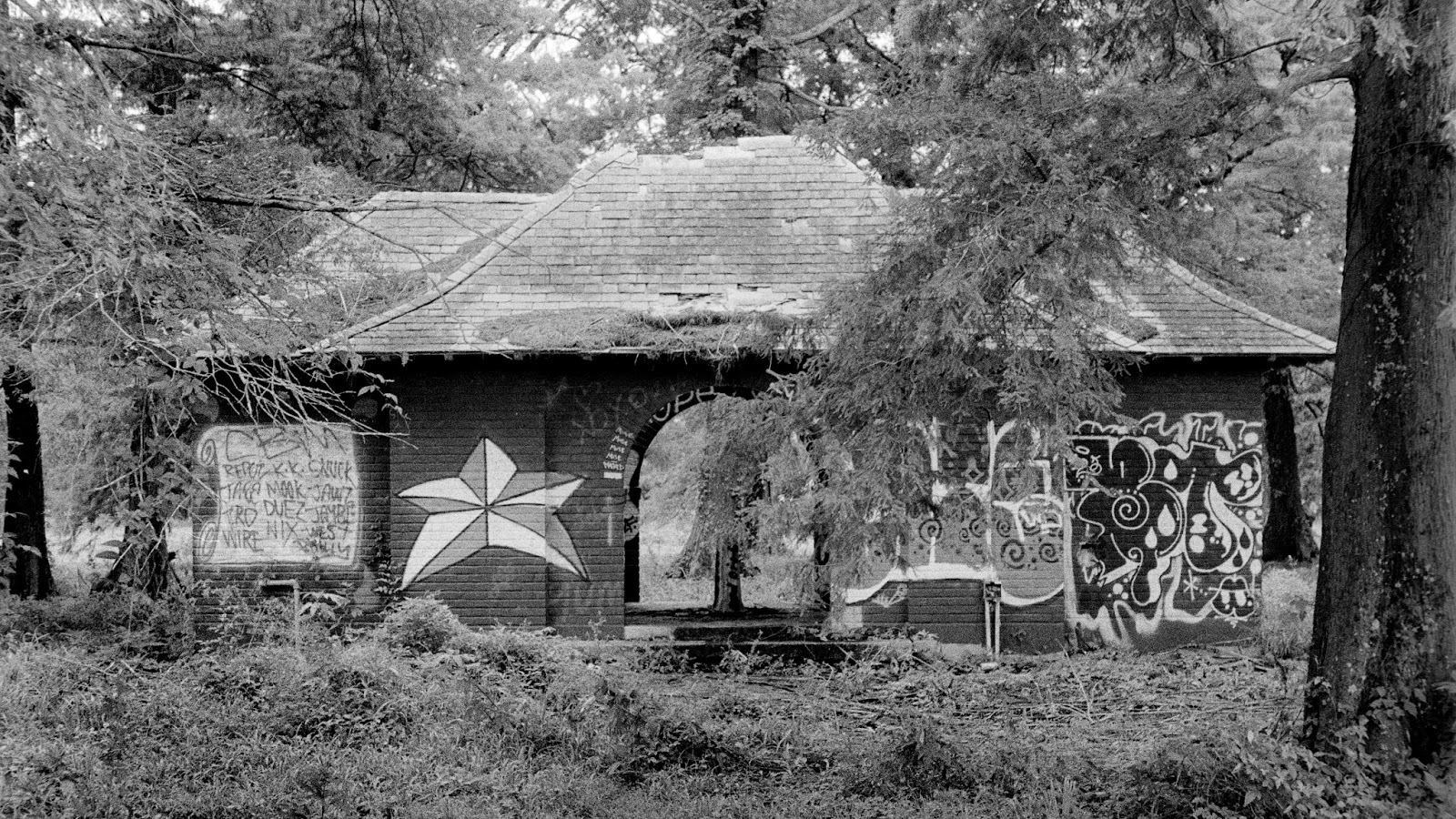 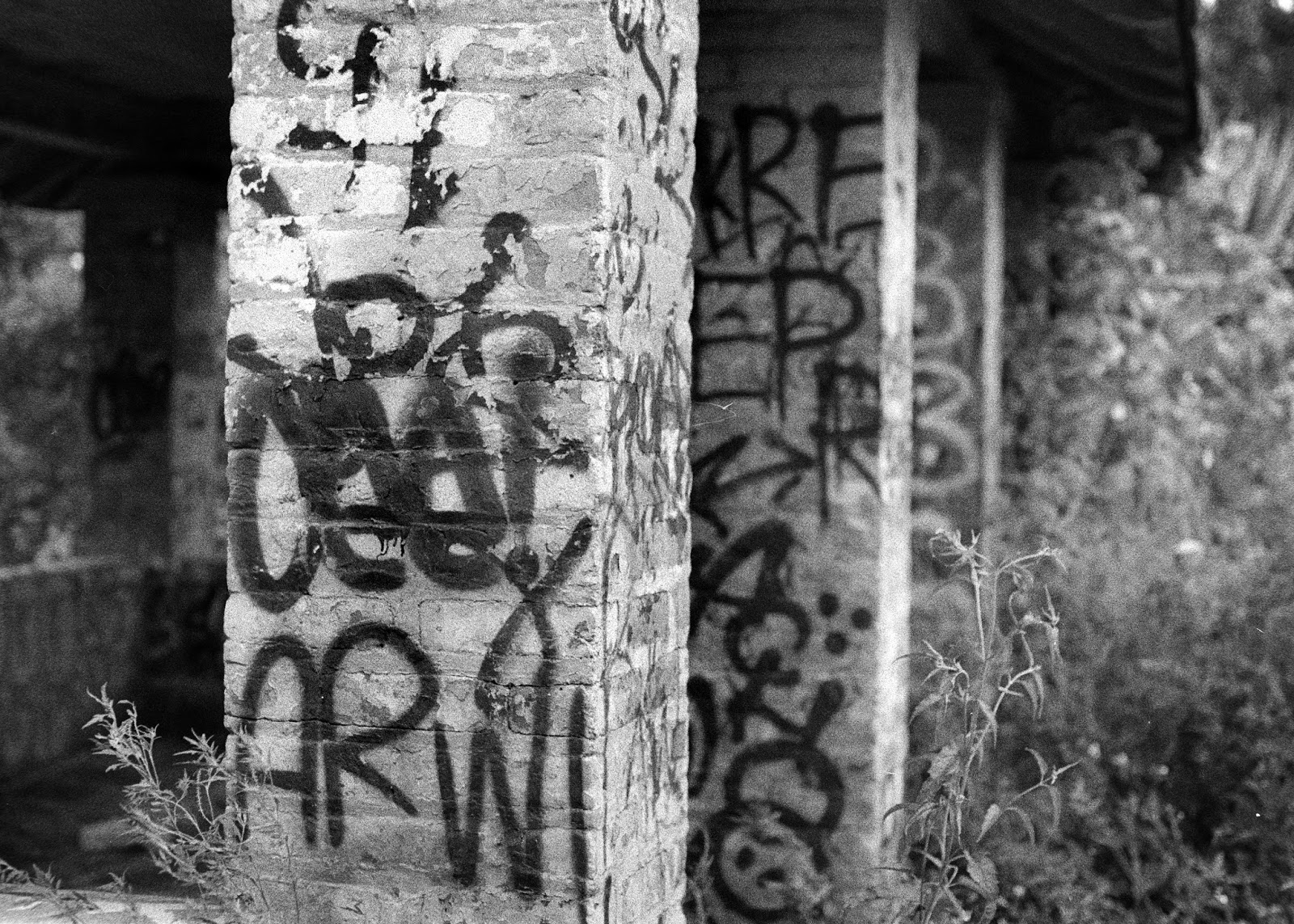 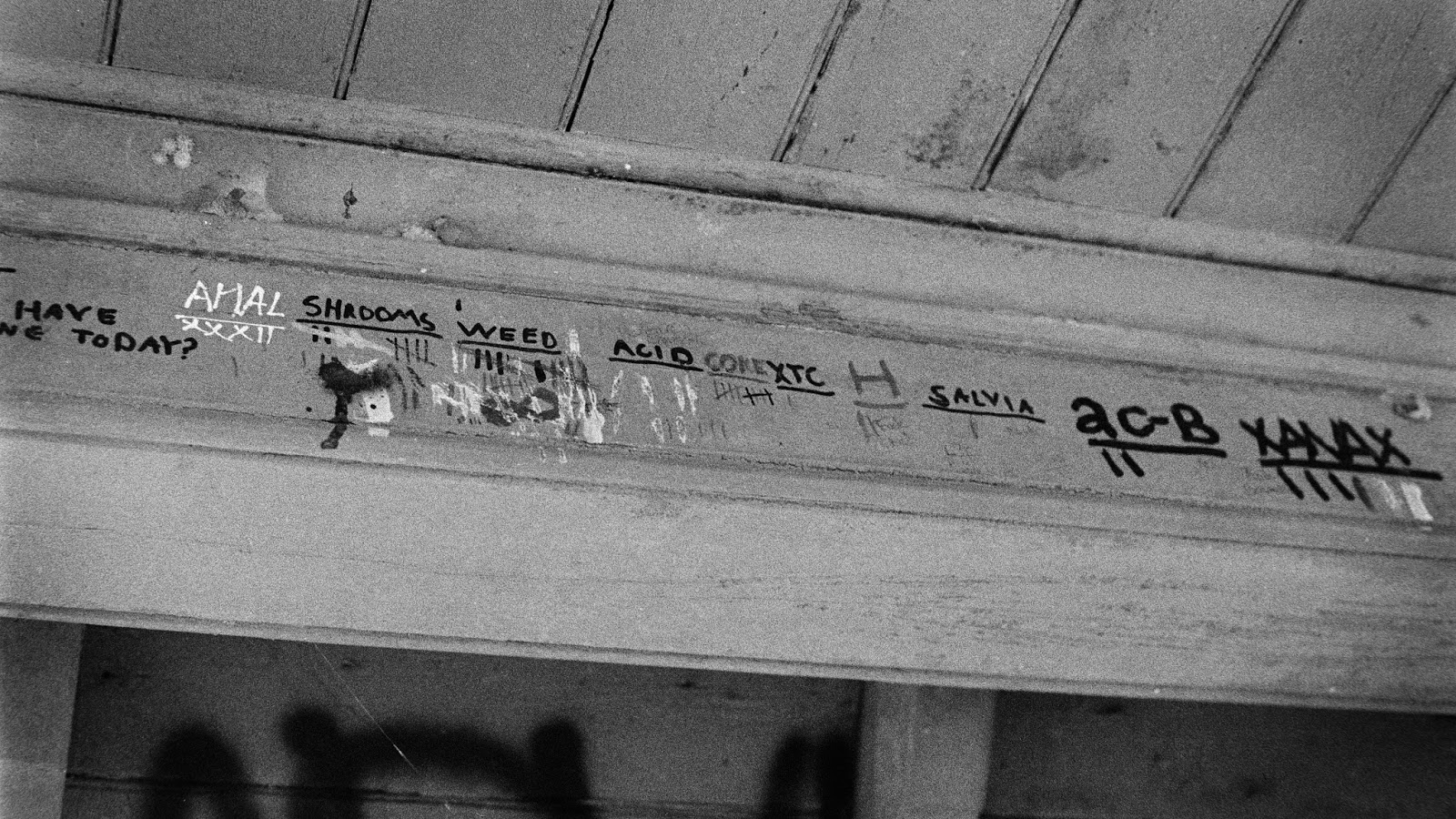 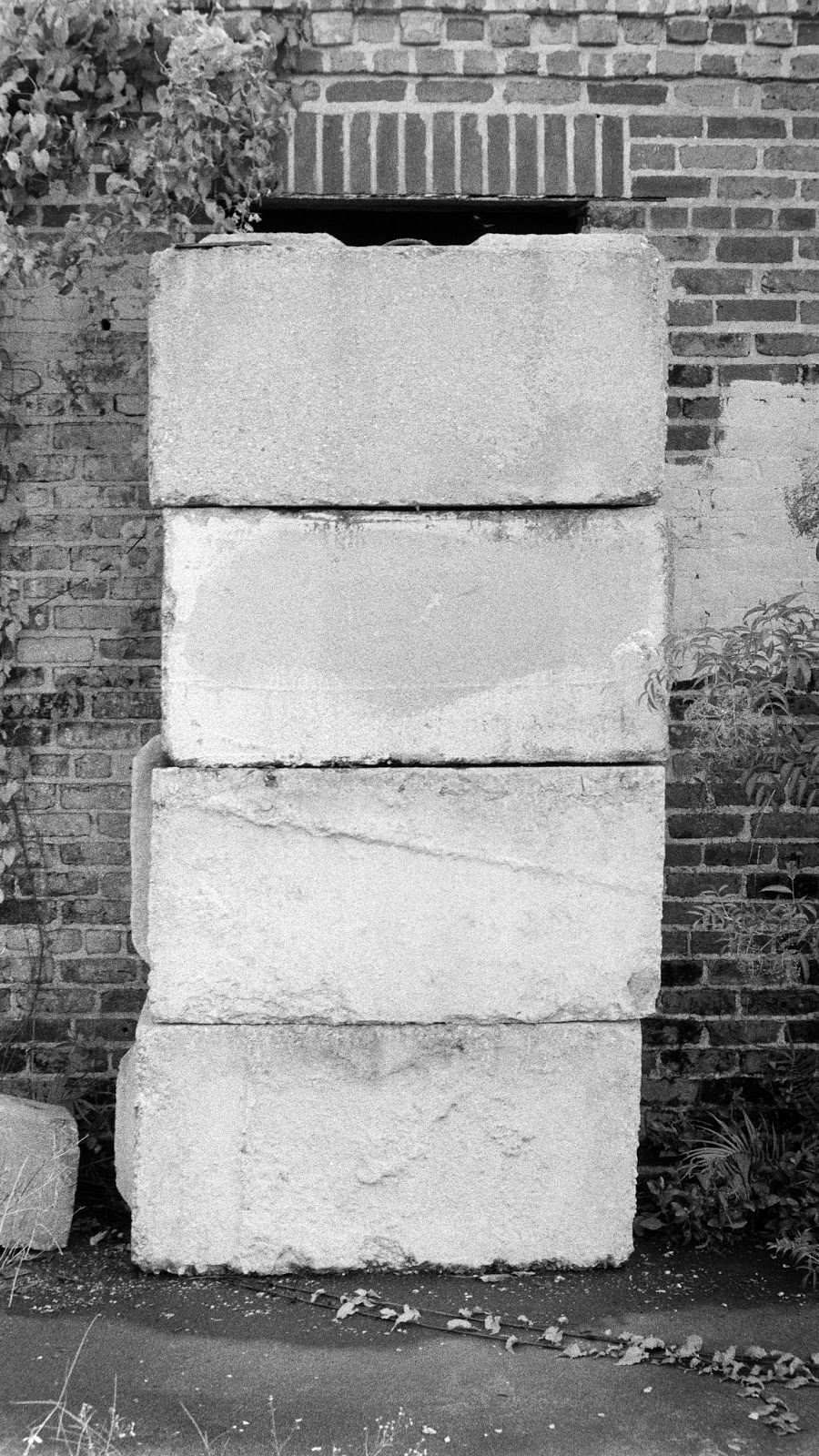 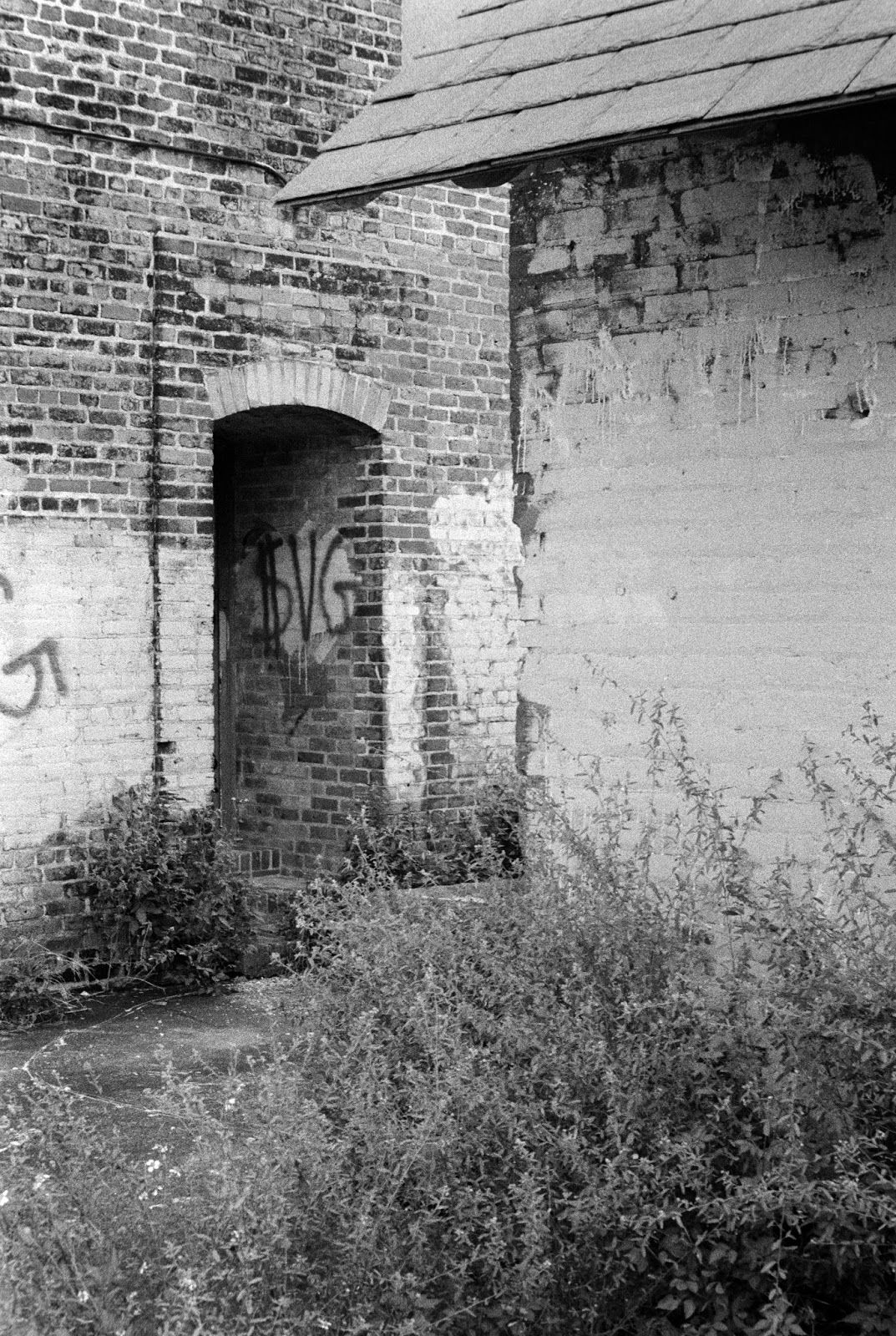 And a bonus of the very dead lizard next to our house... 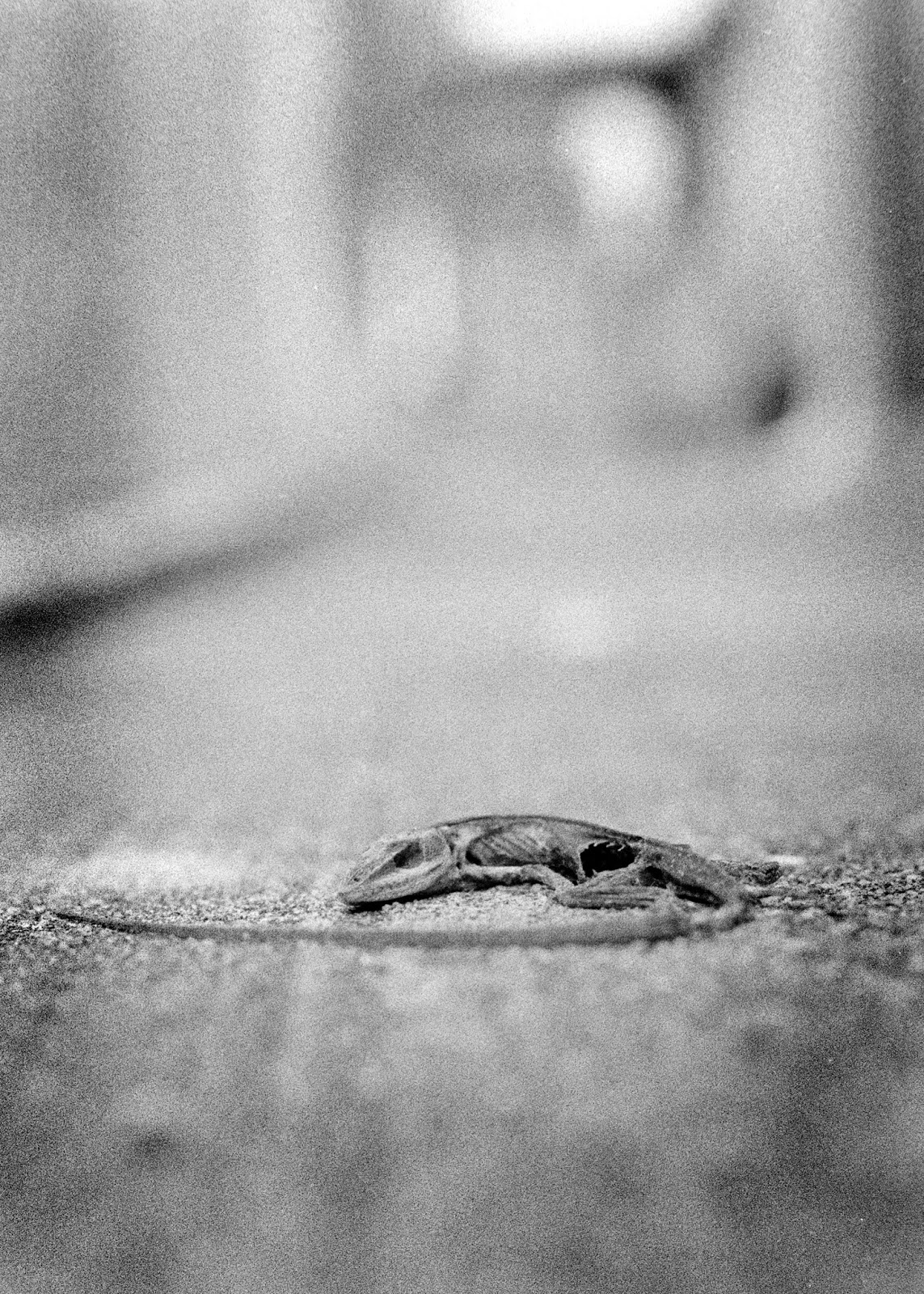