Harbor Country is a series of photographs I plan to produce over the course of this summer and beyond.

For my entire life, my family has owned a small cottage in Union Pier, Michigan, and I spent every summer there through high school. Recently my wife and I have started to spend a lot of time in Union Pier, which has been phenomenal. However, I've noticed that a lot of places I frequented as a kid are now changed, abandoned, or completely gone. With Harbor Country, I seek to document the once familiar locations I associate with my childhood that have since been erased, no matter how seemingly insignificant. 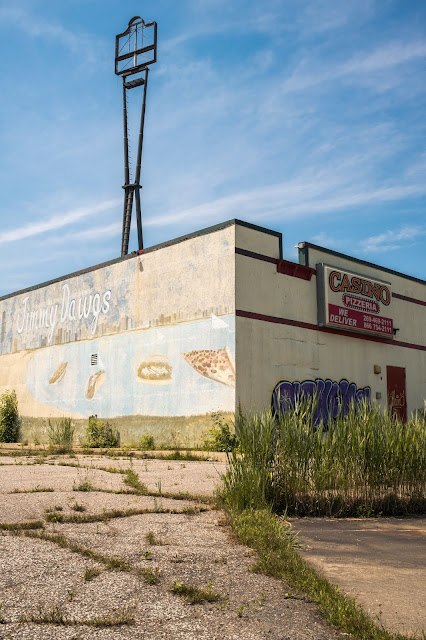 Arby's
A former Arby's next to the highway exit we took to get to Union Pier. I don't think I ever actually ate there, but the sign would always greet us on the way to the cottage. 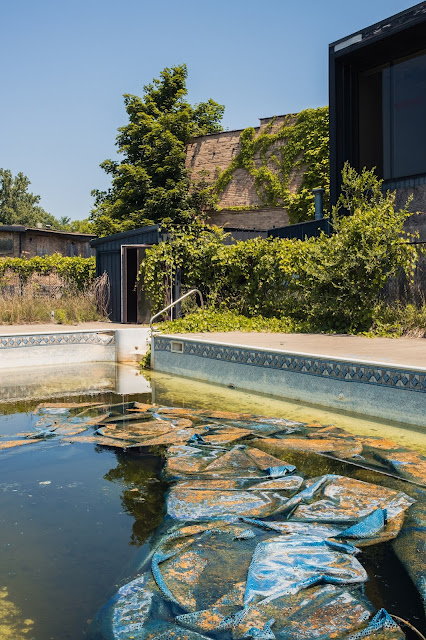 Gold's Gym - Pool
As a teenager, I used to swim and read Nintendo Power magazines by this pool after working out. The gym used to be a railway roundhouse.
To be continued.
Posted by Brennan at 7:13 PM