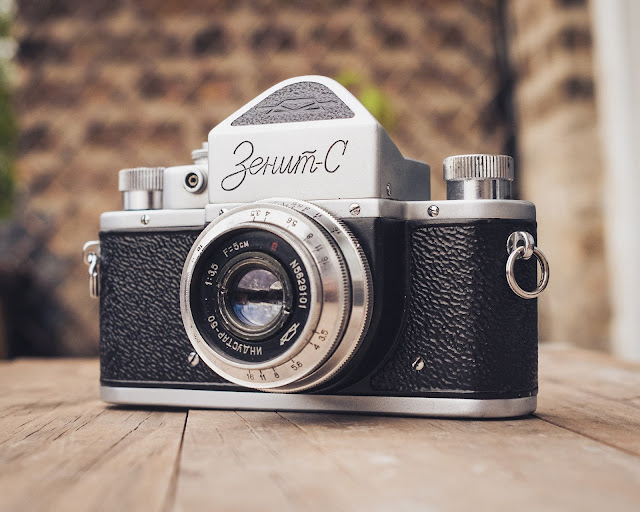 The Zenit C is a diminutive 35mm SLR from 1955. It was made by the Soviet company, Krasnogorsk Mechanical Works (KMZ). I picked mine up from the Chicago Photorama camera show earlier this month. What initially attracted me to the camera was the Zenit C's tiny size for a camera with a mirror. I mean, the little guy fits right in the palm of my hand!  The all-metal construction means it still has some heft, but it's still compact enough to take pretty much anywhere without annoyance. It'll fit easily into a coat or sweatshirt pocket. 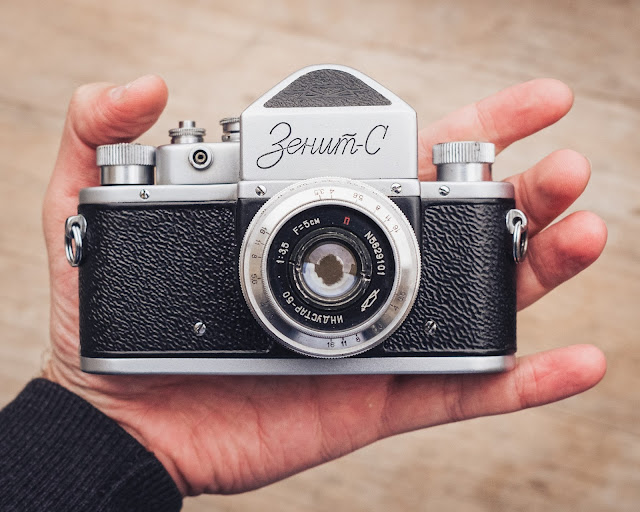 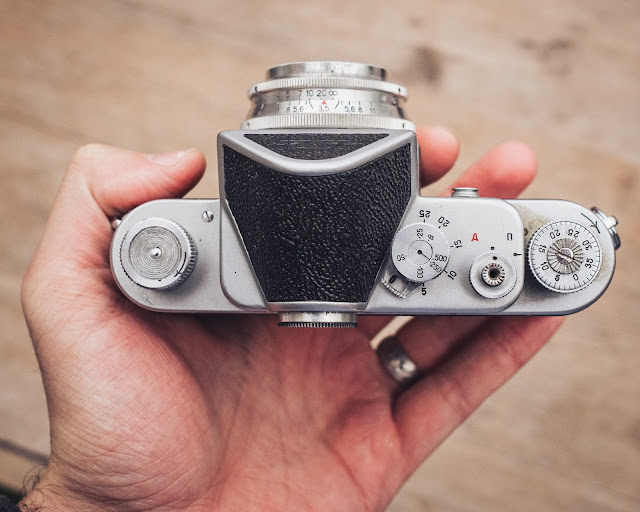 Like most primitive SLR's, the Zenit C is painfully slow to operate. This is mostly due to the Zenit C's lenses having no sort of automatic aperture diaphragm. You have to focus the camera with the lens wide open, then manually stop the lens down to the desired aperture before exposure. The 50mm f/3.5 lens that came with my camera has no aperture stop ring, so I had to take my eye away from the finder after focusing, carefully change the aperture to the desired setting without changing the focus, recompose through the finder again, and then make the exposure. Of course, I could have focused and composed with the aperture already at the correct setting, but then the finder would be incredibly dim and the focus imprecise. Capturing any kind of moving subject without resorting to hyperfocal distances is near-impossible.
One other annoyance I had with the Zenit C is its focusing screen. It's pretty dim, and the eye needs to be basically touching the viewfinder to see the entire screen. For glasses wearers like myself, it's only possible to see about 60% of the screen at any given time. There is no focusing assist; the screen is entirely a matte surface. The shutter has to be cocked before you can look through the finder (no instant- return mirror here). 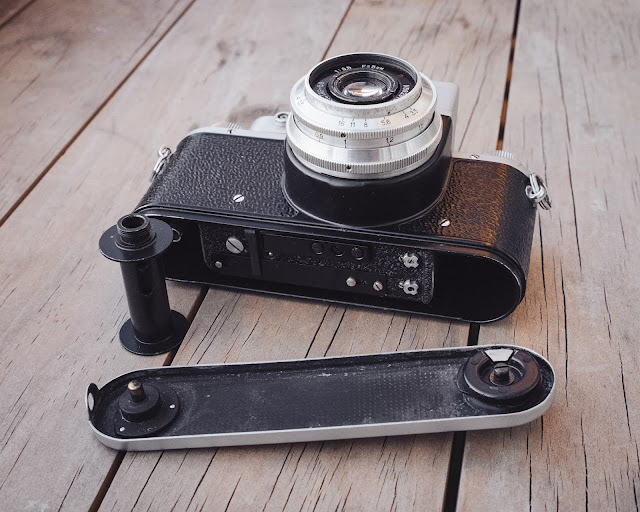 The Zenit is basically a Zorki (KMZ's rangefinder line) with a prism attached, and the Zorki was a Barnack Leica clone. That said, it shouldn't come as a surprise that the Zenit operates very similarly to a Barnack Leica. Like a Leica, film is loaded by removing the bottom panel of the Zenit C. The take-up reel is removable, so take care not to lose it! I forgot to check for a reel before purchasing the camera, but luckily one was included. :) Film is advanced via a knob that surrounds the frame counter. Like pretty much any frame counter of the period, this one does not reset automatically, and must be set back to zero manually before each roll. The shutter only has five speeds (1/25, 1/50, 1/100, 1/250, 1/500) along with bulb, and must be set after cocking the shutter. I've read from multiple sources that changing the speed before cocking the shutter can damage the mechanism. Rewinding is done by turning a dial on top of the camera, then turning the knob opposite the advance knob. It takes forever to rewind a roll.
After lately using mostly 1990's autofocus cameras (as well as modern digital cameras), it was a fun change of pace to play around with the slow and archaic Zenit C. My results were... not great. I was impressed with the sharpness of the 50mm f/3.5 lens (especially considering it had lots of tiny scratches), but the camera's focal plane shutter had multiple issues. Almost every image I made features a white line, which leads me to believe the shutter is capping. There also may be some light leak issues. Take a look below. All photos were made with Kodak Tri-X. 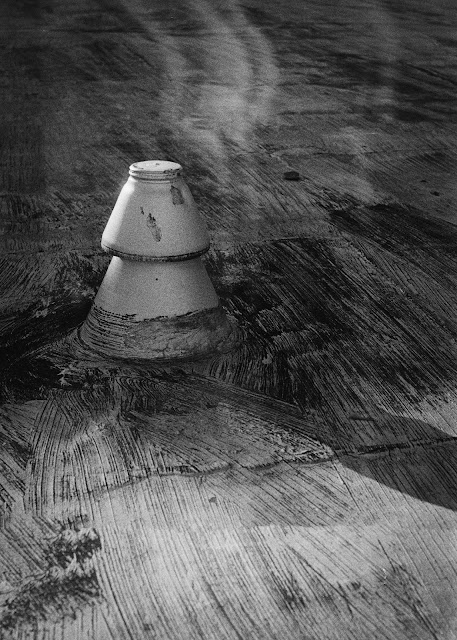 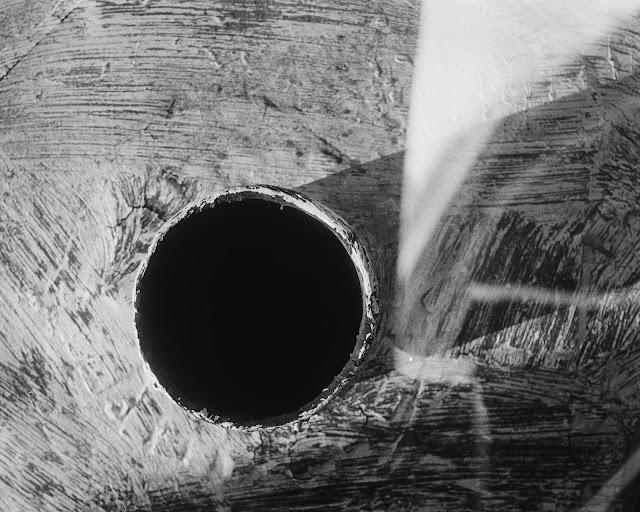 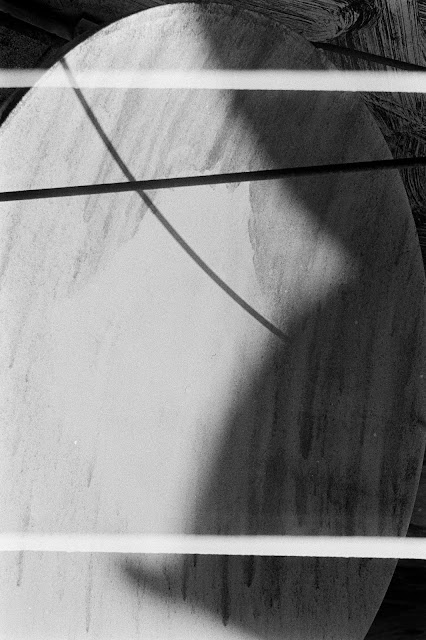 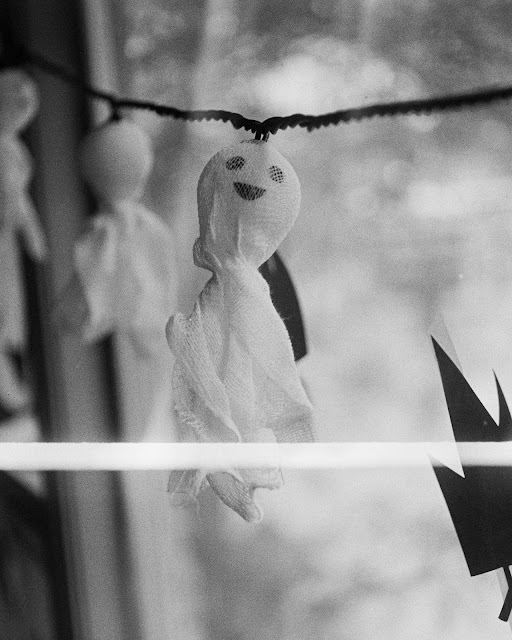 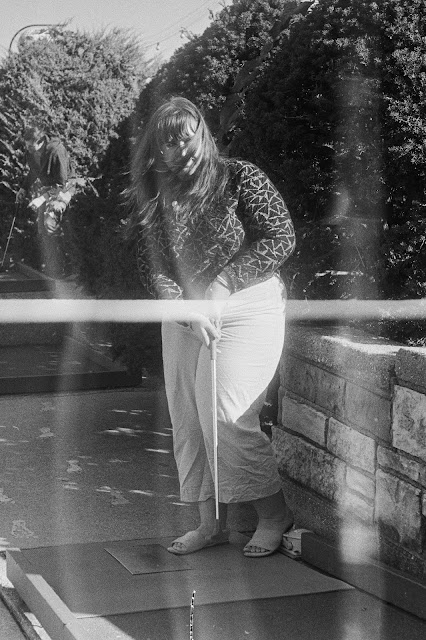 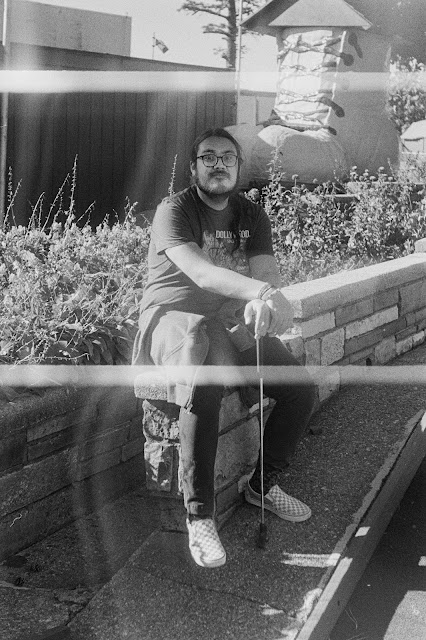 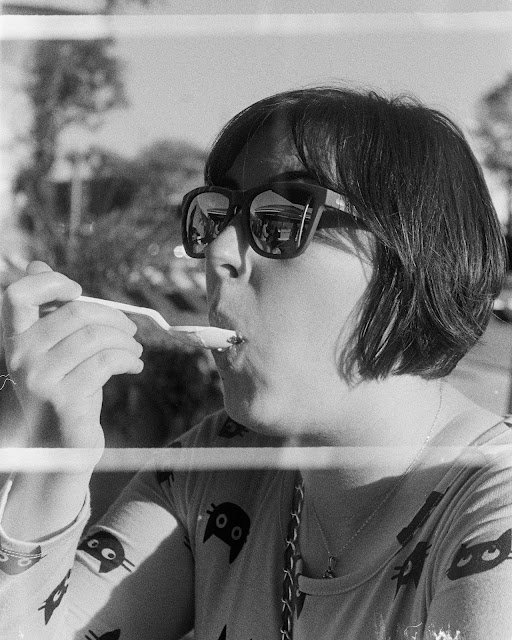 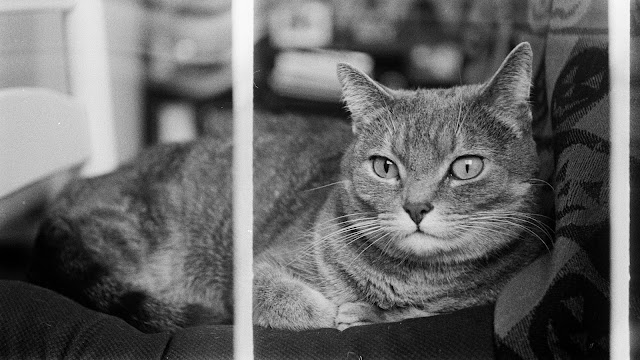