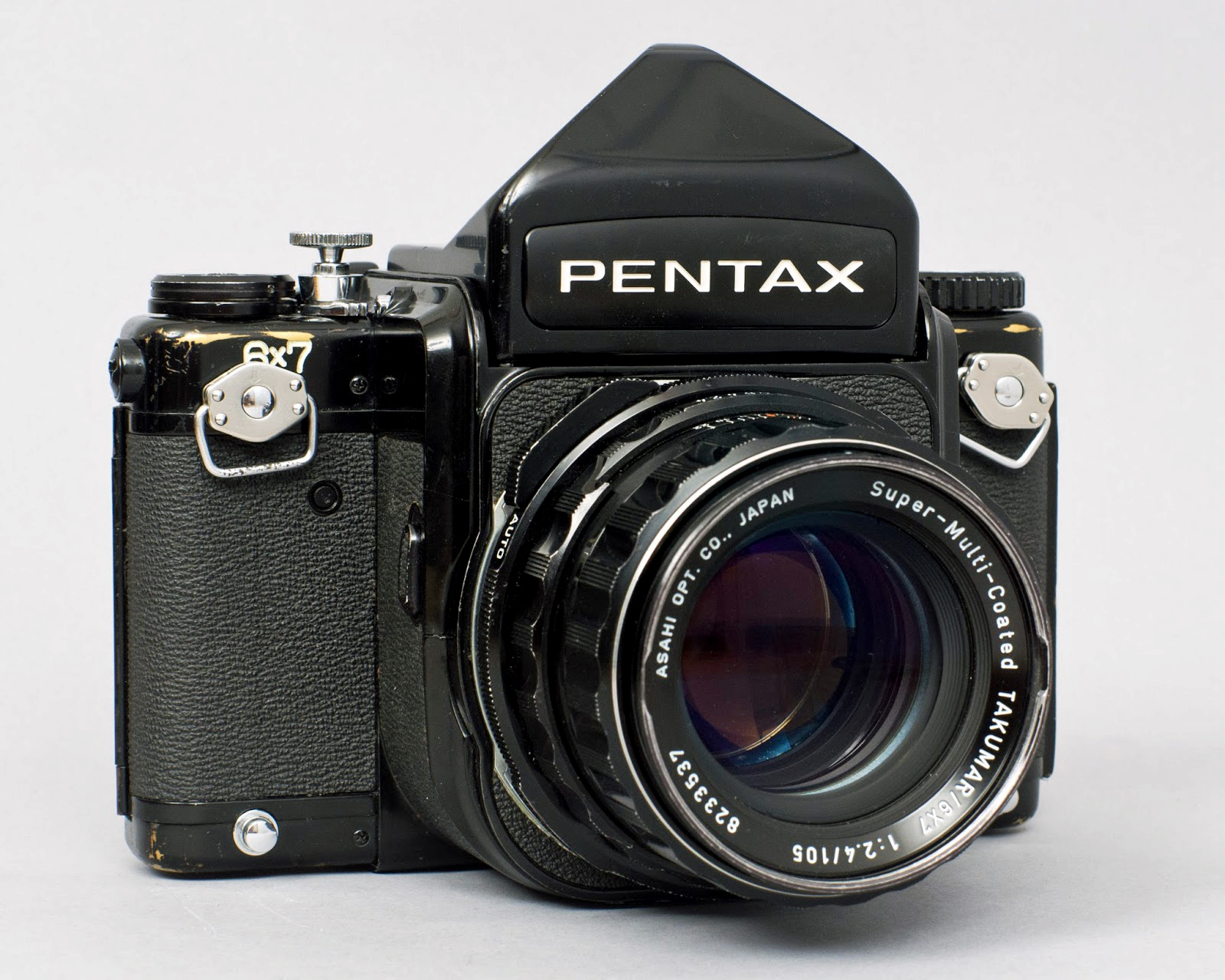 To put it lightly, the Asahi Pentax 6x7 is a hulking monster. With a standard 105mm lens and grip, it weighs over SIX POUNDS. It's a beast! A sexy, sexy beast. I've wanted to use this camera for a while now, and when I recently saw one going for a great price on ebay, I just had to pick it up.

The basic principal behind this camera is that it has the ergonomics of a 35mm SLR, with the power of a 6x7 medium format negative. So does it handle like a 35mm SLR? Yes. A 35mm SLR that got "Arny-fied". The shutter release, film advance, and shutter speed selection dial are all in similar spots as they would be on a 35mm SLR. So, operation is very similar, aside from the fact that it's huge. Like a 35mm SLR, the Pentax 6x7 has an auto-return mirror. This mirror is roughly four times the size as a 35mm camera's mirror, so the slap is pretty significant. You really do hear a big "KA-CHUNK" when you press the shutter release (Extremely satisfying!). Because of the mirror slap, it's commonly recommended not to hand-hold the camera at speeds slower than 1/250th of a second. For any speed slower than that, the camera should be mounted on a tripod (a large tripod) with the mirror locked up.

I film tested my Pentax 6x7 today for the first time, and was very impressed. It's a lot of fun to use. The viewfinder is decently bright for a medium format camera, and the microprism focus screen is pretty easy to use, but I do plan on eventually purchasing a split prism screen in the future. As I just said, the shutter sound is very pleasing... much easier on the ears than the "Cling!" my C330's leaf shutter makes. The 105mm lens is great. It handles beautifully, and is tack-sharp, even though I hand-held all the frames I took today. Here are a couple scans of today's roll: 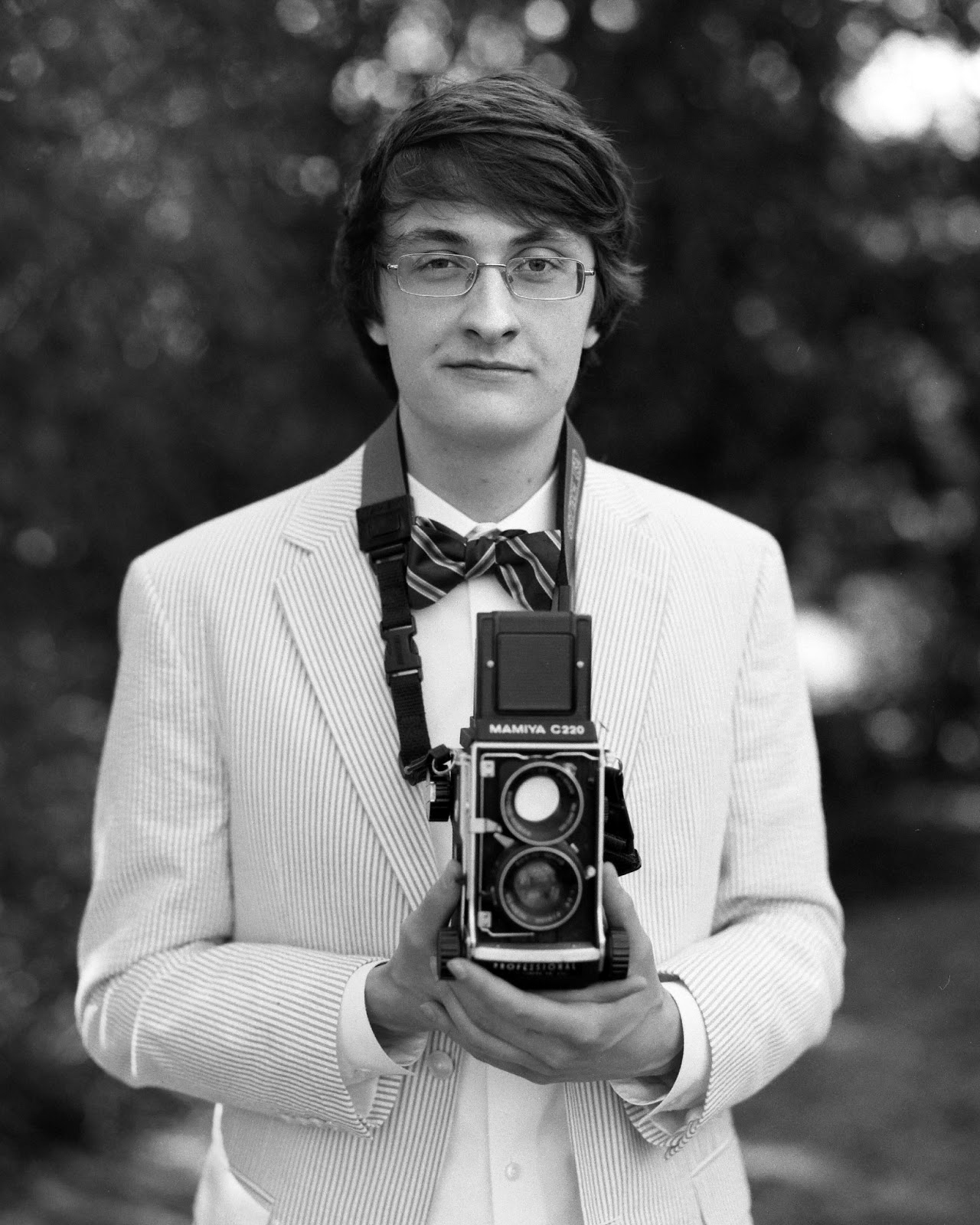 I shot this photo of my brother with the lens wide open at f2.4. Though the Mamiya is a bit fuzzy, Pearson's face is nice and sharp. The bokeh also looks great! 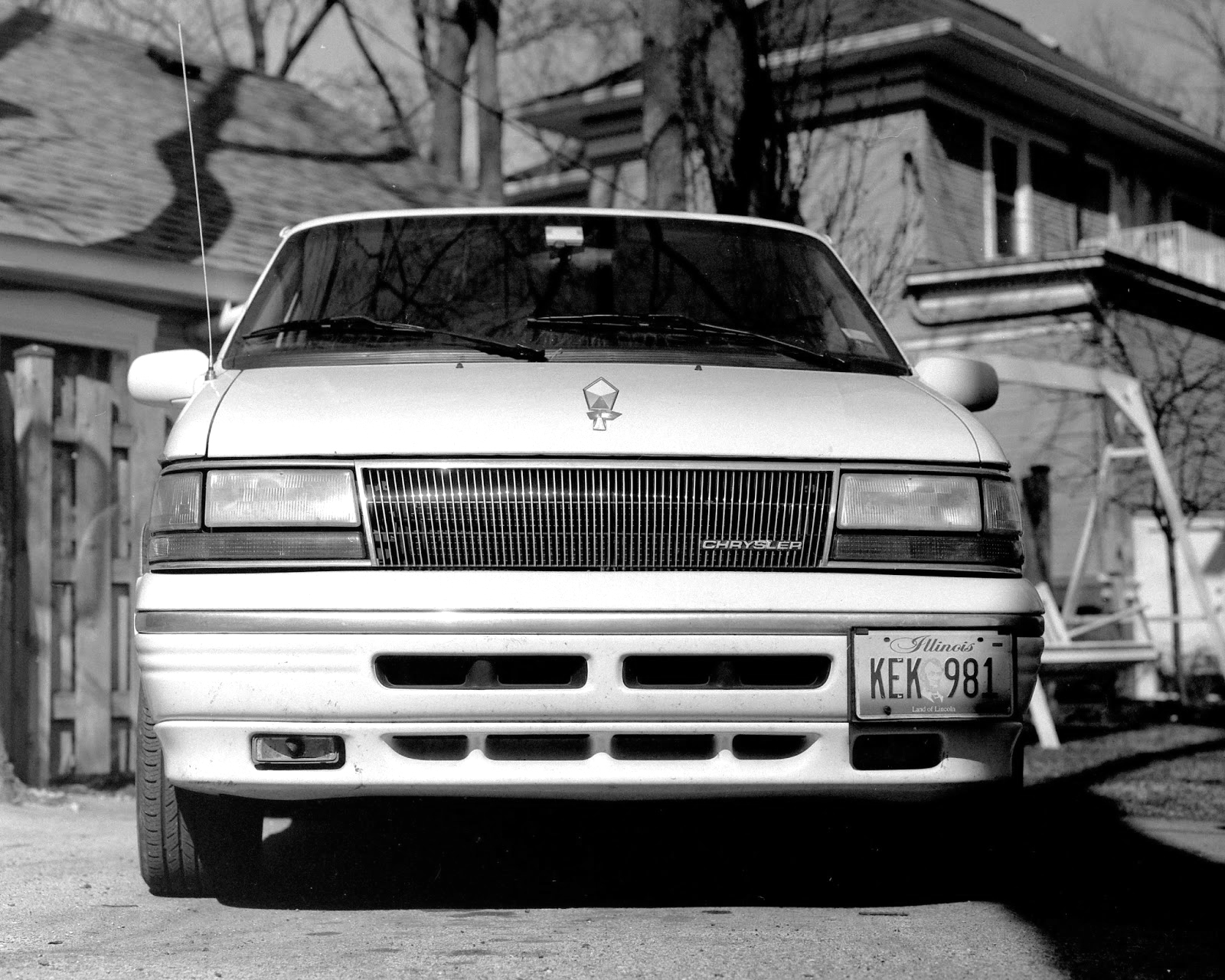 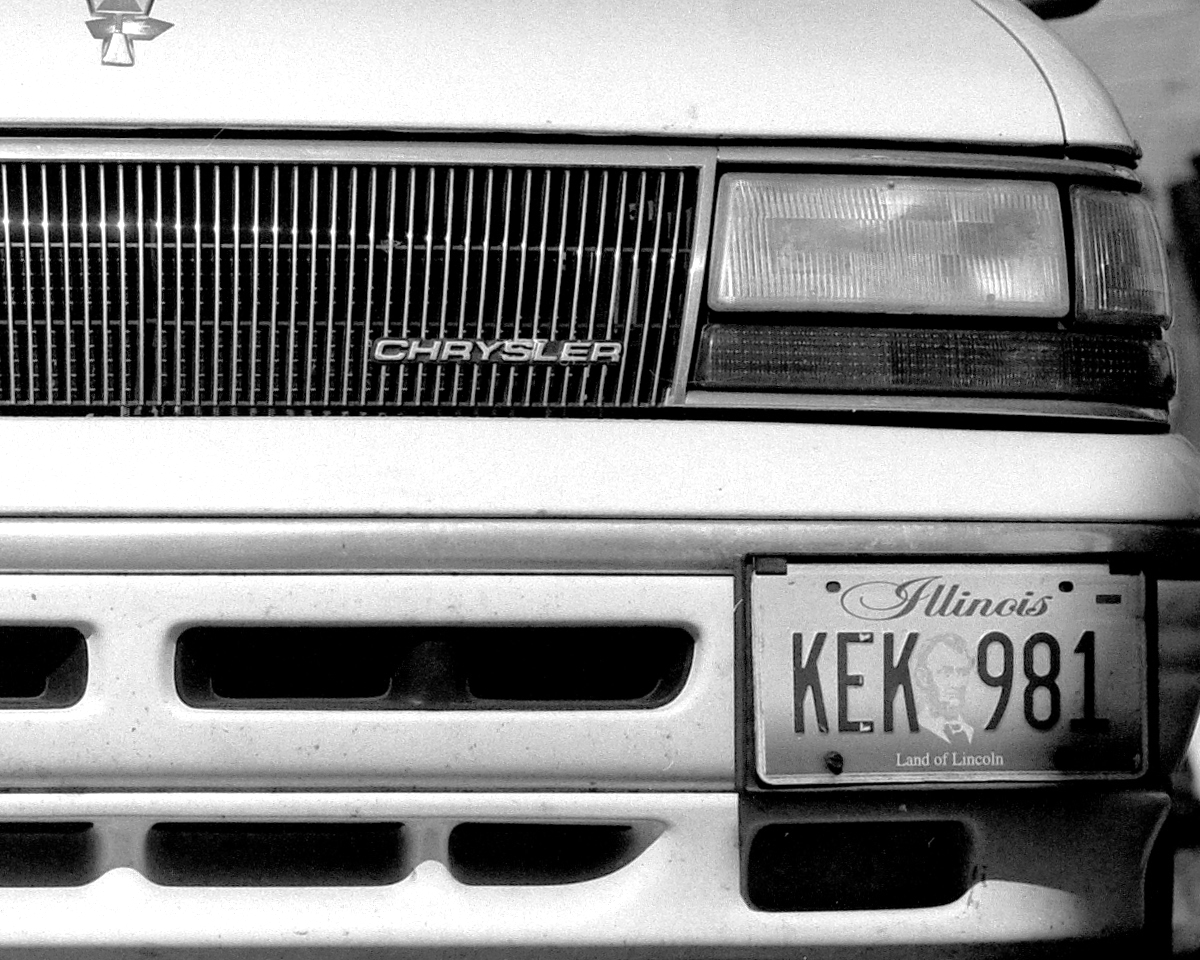 So much detail! The Pentax 6x7 is a camera I definitely want to keep using. I don't think it'll replace my Mamiya C330, but it'll be a nice backup, and my go-to close-up camera, because parallax is a bitch. Thanks for reading!
Posted by Brennan at 10:46 PM