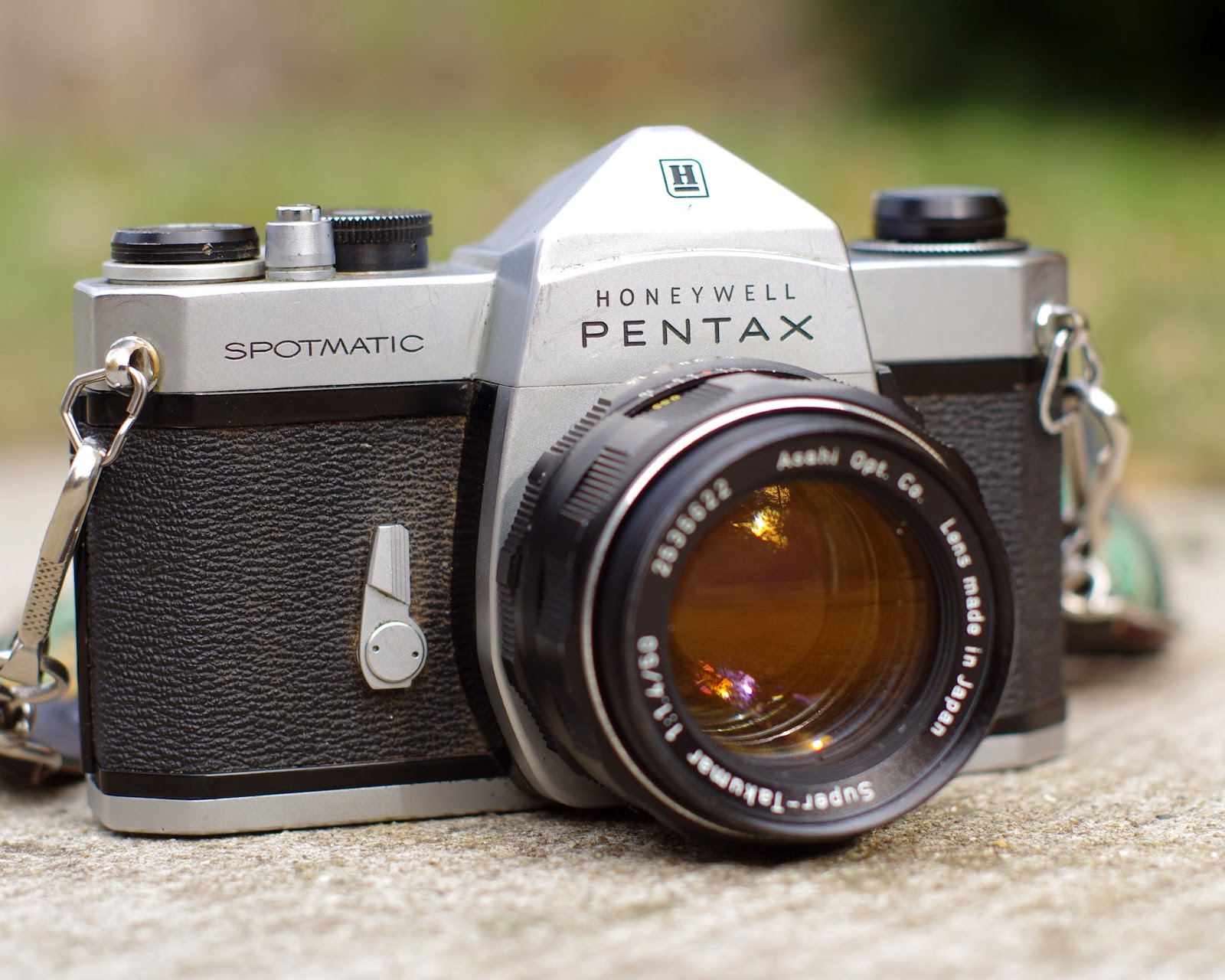 The Pentax Spotmatic was made available in 1964 by Asahi Optical Company. It was a higher end consumer grade camera that was one of the first SLR's to feature a "through the lens" metering system. "Through the Lens" metering, or TTL for short, means the camera's light meter reads the light coming through the lens itself. The TTL meter gave much more accurate readings than meters that were mounted on the side, or top of the camera, because they read the exact amount of light that was entering the camera. Pretty high tech for the mid sixties!

The Spotmatic's other claim to fame is that it's the precursor to Pentax's wildly successful K-1000. The body and dials look pretty much the same, and are laid out the same way on the body. While the K-1000 has improved metering, the Spotmatic has more "pro" features, like a self timer and an aperture preview switch. Also, all of the dials on the Spotmatic are metal,  while the K-1000's dials are plastic. The Spotmatic feels more solid, overall.

Unlike the K-1000, which uses "K-Mount" bayonet lenses, The Pentax Spotmatic is a screw-mount camera. It accepts all of the awesome Asahi-made Takumar lenses, as well as any other lens with a 42mm thread. I have my 50mm 1.4 Super Takumar mounted on the Spotmatic as we speak. It's a wonderfully sharp lens, and has fantastic build quality.

There are two different versions of the Spotmatic. The one pictured above is the "Honeywell Pentax Spotmatic". The other version is the "Asahi Pentax Spotmatic". The difference is that Honeywell imported the "Honeywell" version, and Asahi imported the "Asahi" version. The only thing separating the two is the name on the front of the body, and the emblem on the prism. I actually own both versions... I've had the Asahi version for a while, which unfortunately has a sticky mirror and is unusable. BUT, my future father-in-law gave me the Honeywell version as a gift a couple days ago. He found it at an estate sale for $1.50 (!), body only. So, I slapped my Takumar on it and took it out for a day of shooting. It works pretty well, aside from having shutter issues at 1/1000th of a second. I used Fujicolor 200. Here are my results! 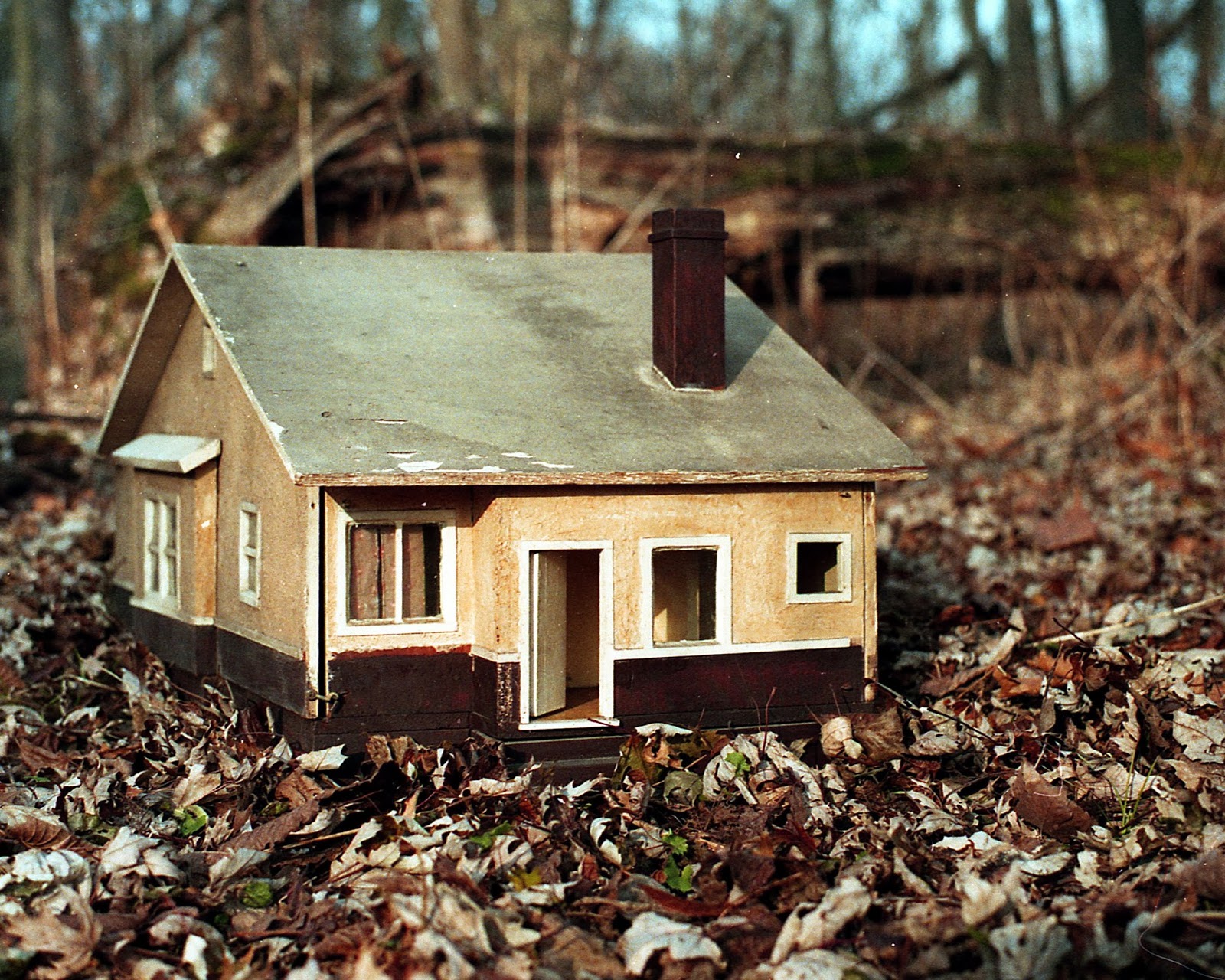 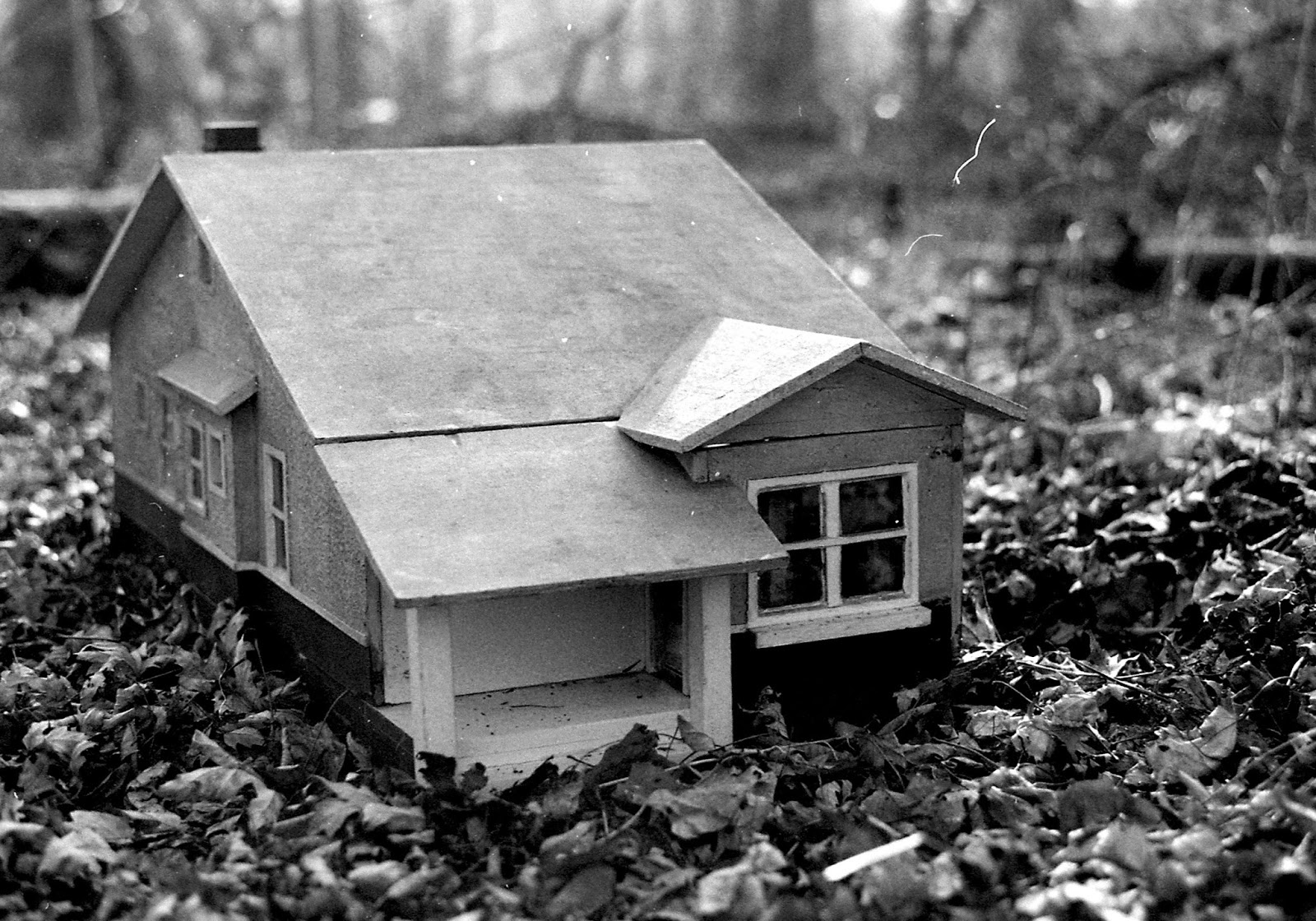 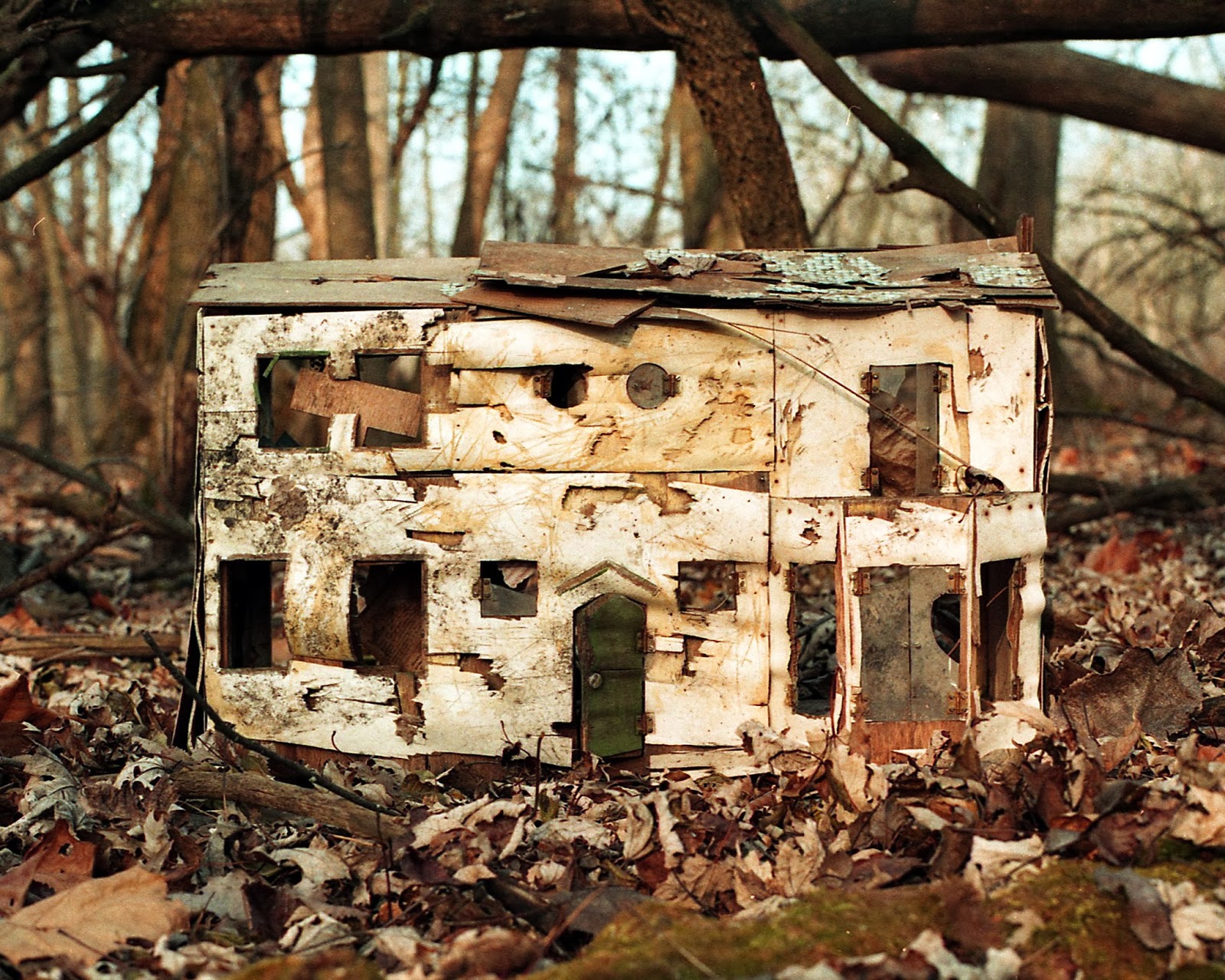 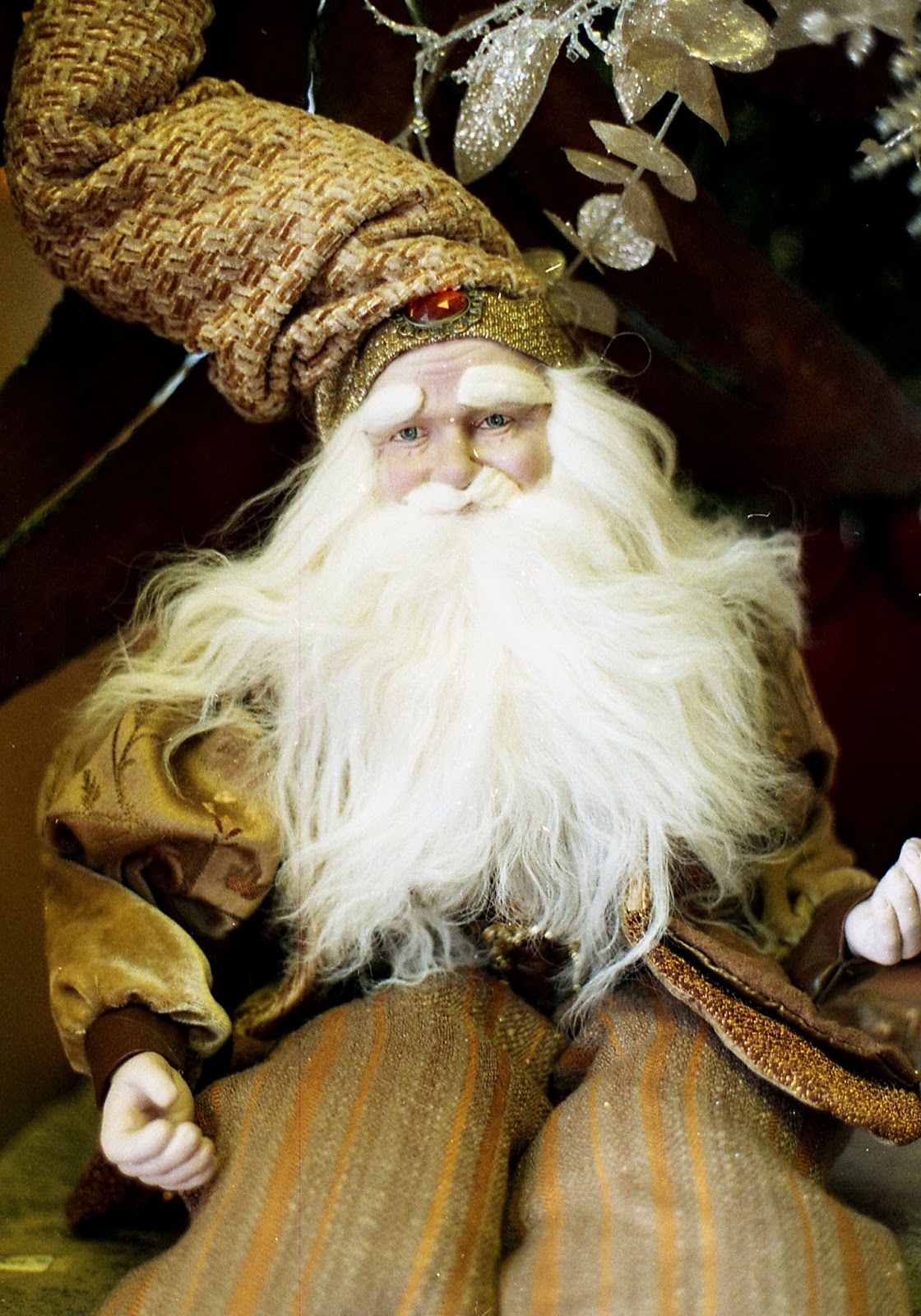 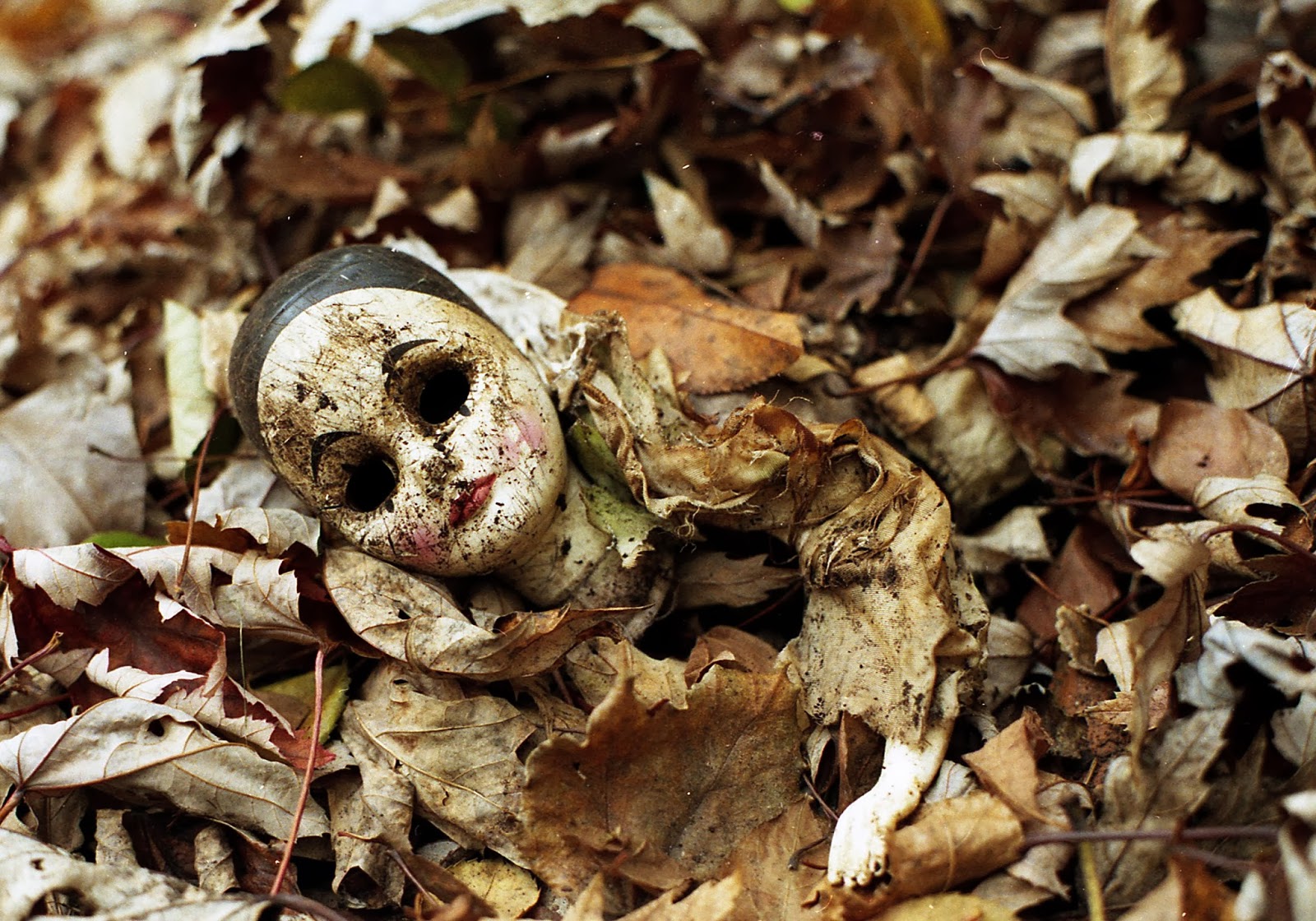 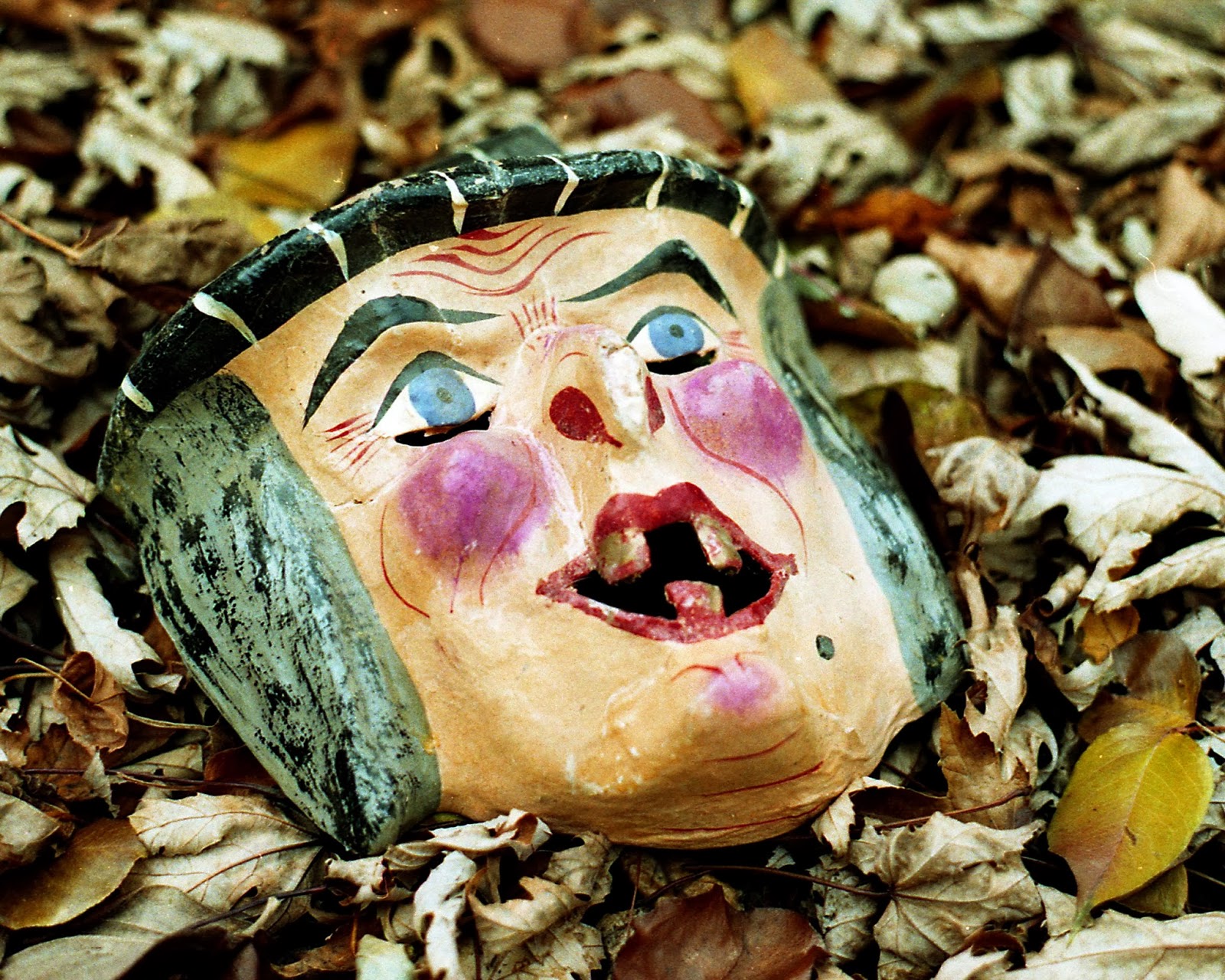 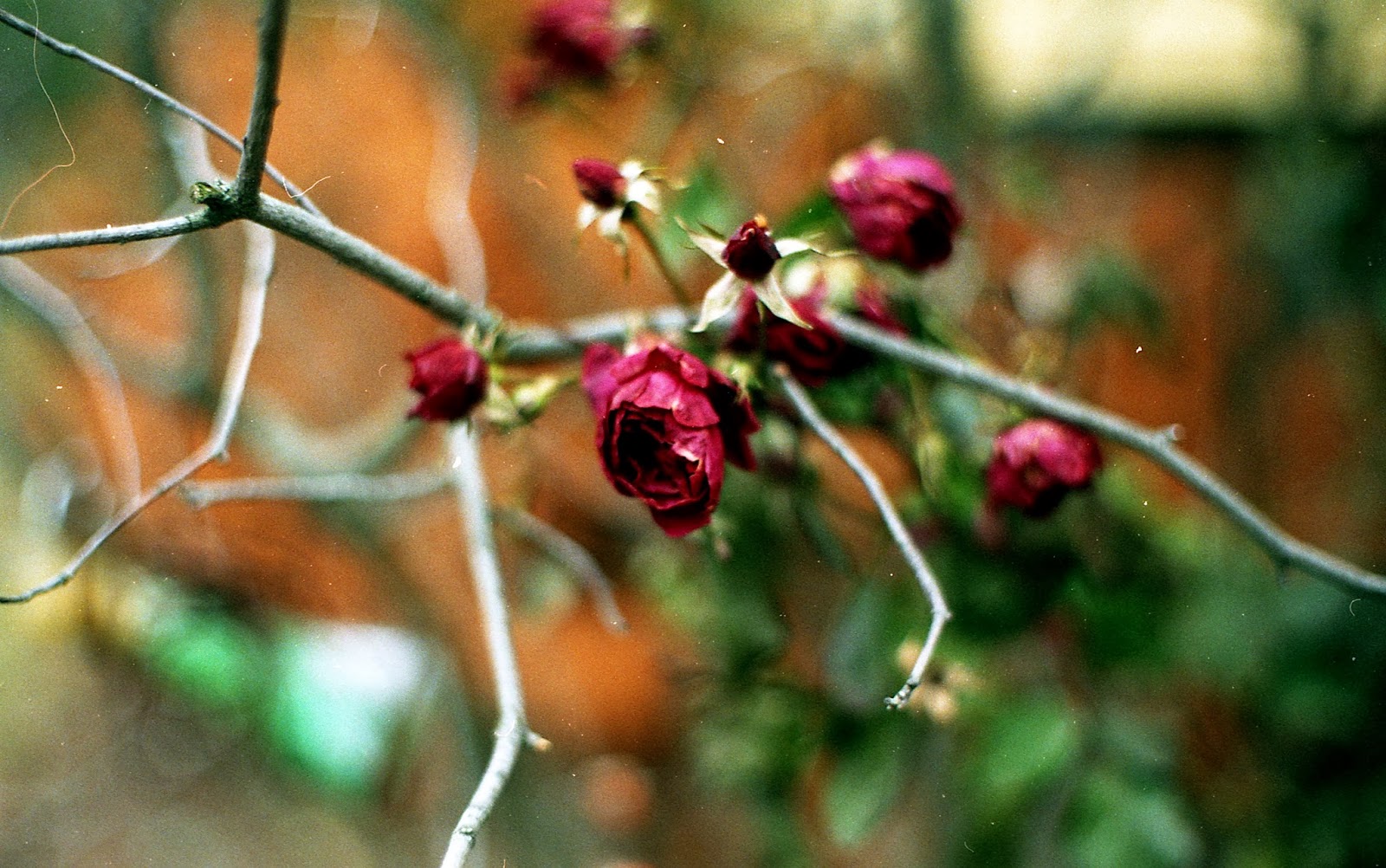 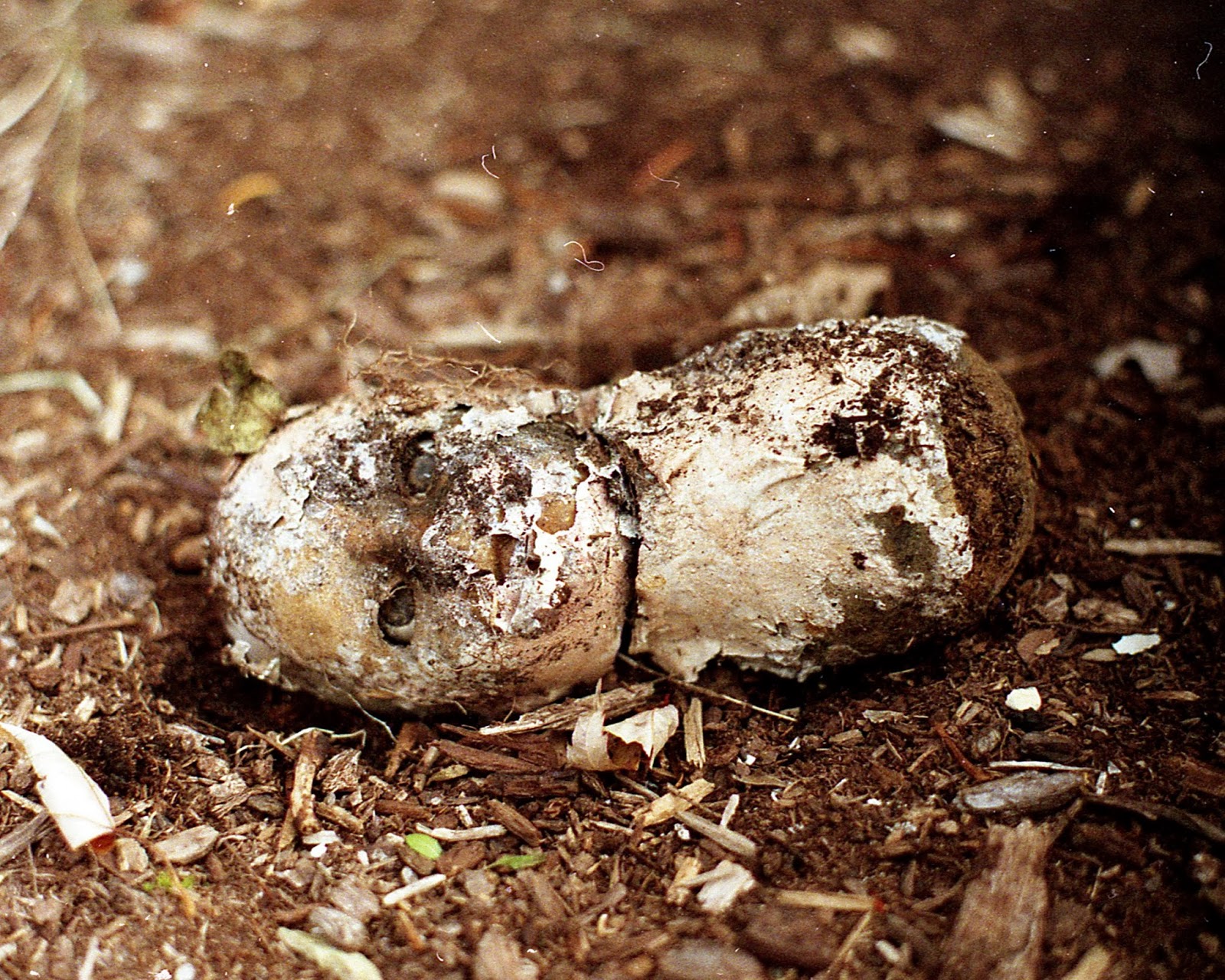 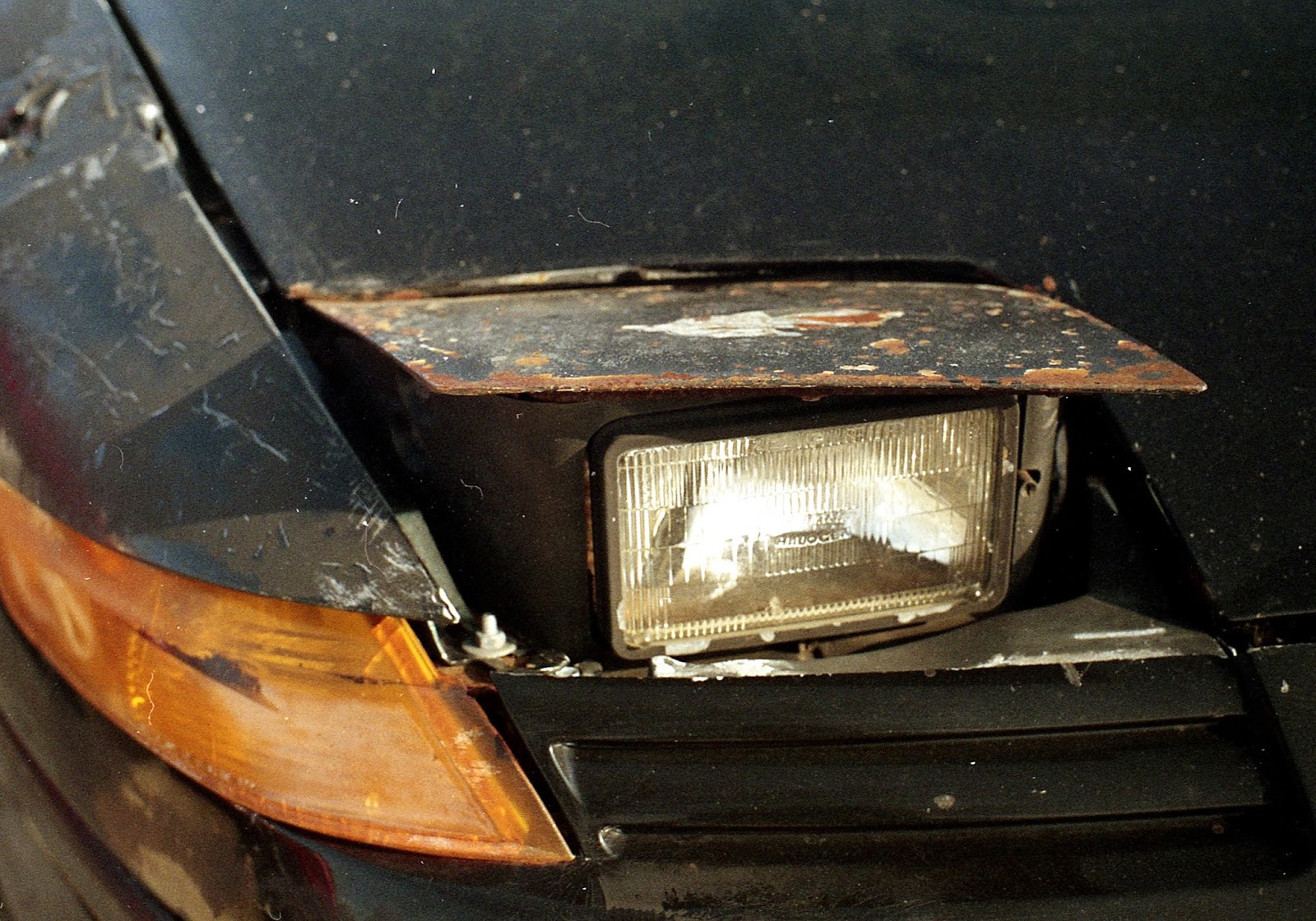 I would recommend the Pentax Spotmatic to a photography student, or anyone who wants to try out those awesome Takumar lenses. Thanks for looking!