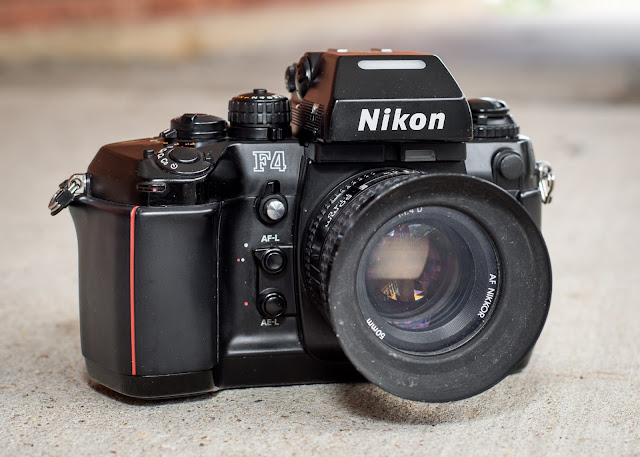 First released in 1988, the F4 is was the successor to the F3, and represented a large step forward in the Nikon's camera line. The F4 was the first flagship professional Nikon to feature autofocus, and the last to implement a physical knob, dial, or switch for every camera function.

I was always apprehensive about buying an F4, as they always looked a bit cheap and plasticky in pictures, especially compared to my classic F and F2 models. Man, was I wrong. The build quality on the F4 is phenomenal. It's one of the most SOLID cameras I've ever held. It feels like you could beat this thing against a brick wall and the brick wall would lose. Ergonomics are great. The F4 has a substantial grip built into it, and it's nice. All four of my fingers fit comfortably on the grip, while my thumb sits securely against a built-in rest on the back of the camera.

All the controls are easily reachable, and have a very tactile feel. All camera functions are operated with physical dials, which is way nicer than having to delve through the menus of newer professional cameras. The shutter goes all the way to 1/8000, a full two stops faster than the F3, and one faster than my digital Nikon Df! 1/8000 makes shooting outdoors with a wide-open aperture very possible. 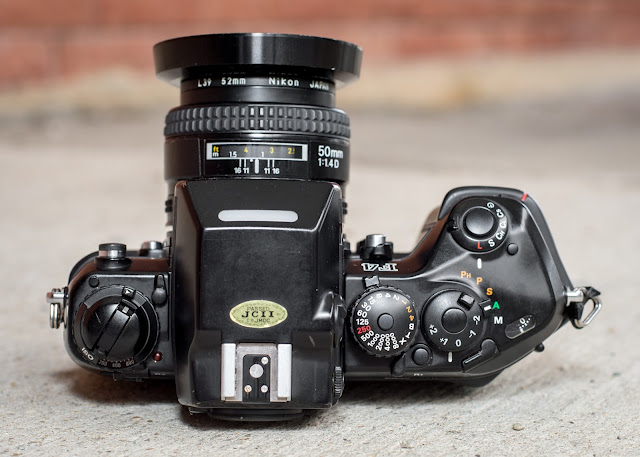 Like the F3, aperture-priority (A) mode is available, but now there's also shutter-priority (S) and full program modes (P)! Shutter-priority is extremely useful for candid and sports photography, when you want to stick to a high speed to avoid motion blur. Exposure compensation is more easily reachable than before, as it's located next to the shutter speed knob, and not all the way over on the left side under the rewind knob, like on the F3. Film speeds between 6 and 6400 are selectable via the ISO dial. You can also choose to let the camera read the film speed automatically if you set the ISO to "DX".

Multiple exposures are very easy to pull off, thanks to an easy to reach lever right next to the frame counter. Just pull it out before you make an exposure, and when you fire the shutter, the film will not advance. Multiple exposures can then continue to be made until the lever is pressed back against the body. It's way easier than on my F2 or Pentax LX, where I have to hold down the film rewind button on the bottom of the camera while I manually advance the film. With the F4, just set the lever and shoot away until you've made all the exposures you need. The film counter on the F4 also counts backward while rewinding (A fairly rare feature, oddly), so it's easy to go back to a previous frame if you want to try for a multiple exposure. You can choose to either manually rewind the film, or let the camera do it for you via a motor.

One of the most innovative features on the F4 is its built-in motor drive. Before the F4, cameras always required an additional accessory drive that attached to the bottom of the camera. Not so for the F4. Without any accessories, the F4 can shoot at up to 4 frames per second! If you add on an optional battery grip, the speed is increased to 5.7 fps.

The autofocus is pretty damn impressive for a camera that's older than I am. There's only one autofocus point, situated in the very middle of the focusing screen. In my experience, it's pretty quick in good light, while aimed at a subject with good contrast. It really doesn't seem to hunt around at all. Manual focusing is also pretty easy, thanks to the extremely bright standard focusing screen and digital rangefinder: a green dot will light up in the viewfinder when the camera thinks you're in focus. Screens with focusing aids are available, but these are increasingly rare and expensive. At this time, a split-image/microprism focusing screen goes for around $150 on Ebay! 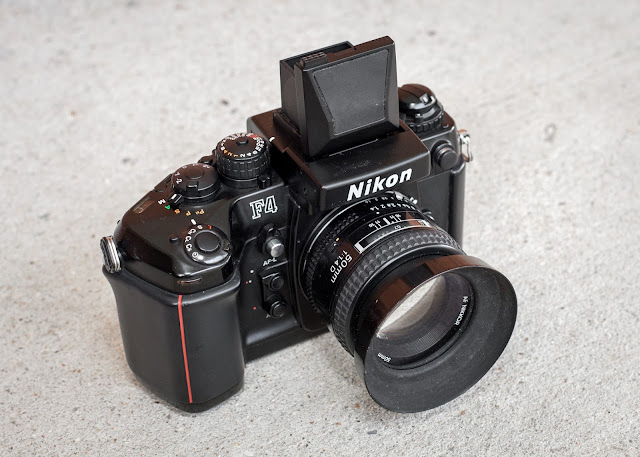 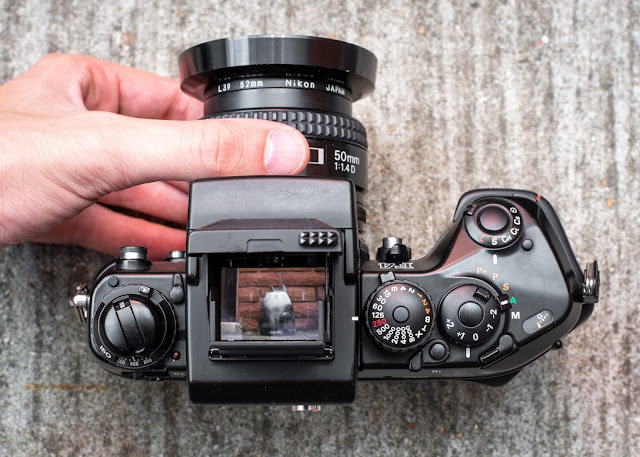 Overall, the F4 is an amazing photographic instrument. The only things holding it back for me, honestly, are its size and weight. The F4 is not a small camera. While comfortable to hold, it's relatively enormous and heavy for a 35mm camera, especially compared to its older brother, the original Nikon F (see below). I almost wish they made a version of the F4 without the included motor drive, if it meant keeping the size and weight down. As someone who likes to always have a camera with me, is it worth carrying around this massive hunk of a camera at all times? I'm not sure. 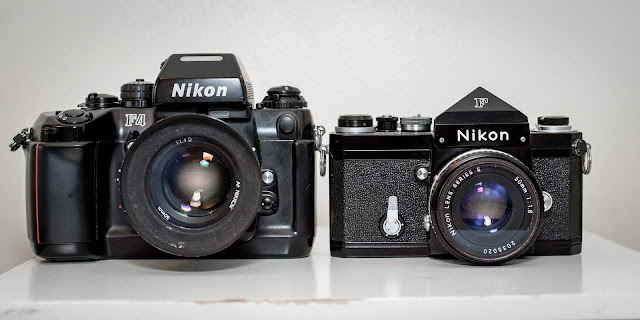 Here are some casual photographs I made with my Nikon F4 during a post-critique BBQ at my university. I used a 50mm f/1.4 D Nikkor for all the shots. All shots were taken with autofocus. Some of the photos look a tiny bit soft, this could be because I was shooting mostly in heavy shade, and there wasn't enough contrast for the camera's AF sensor to completely pinpoint the focus. 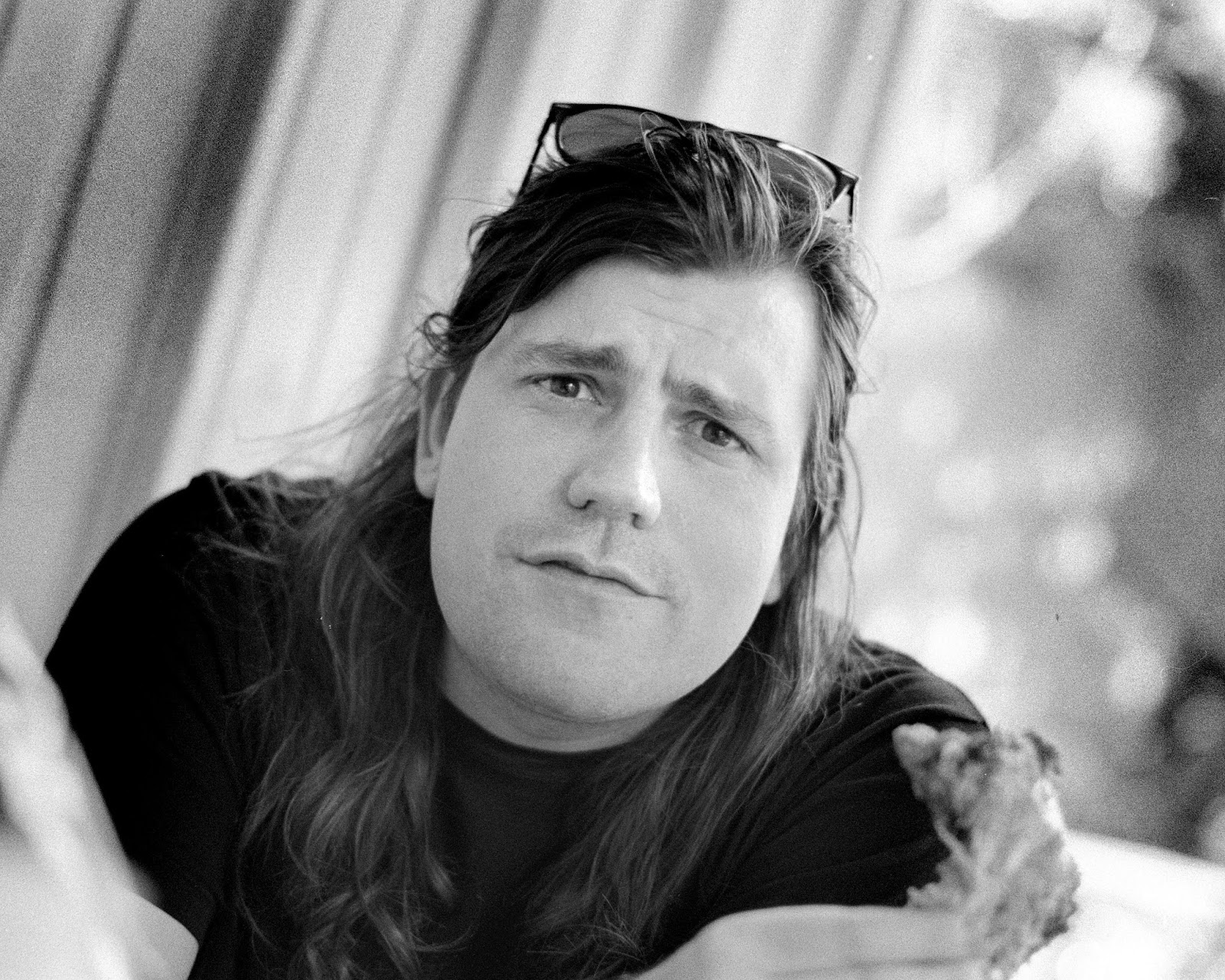 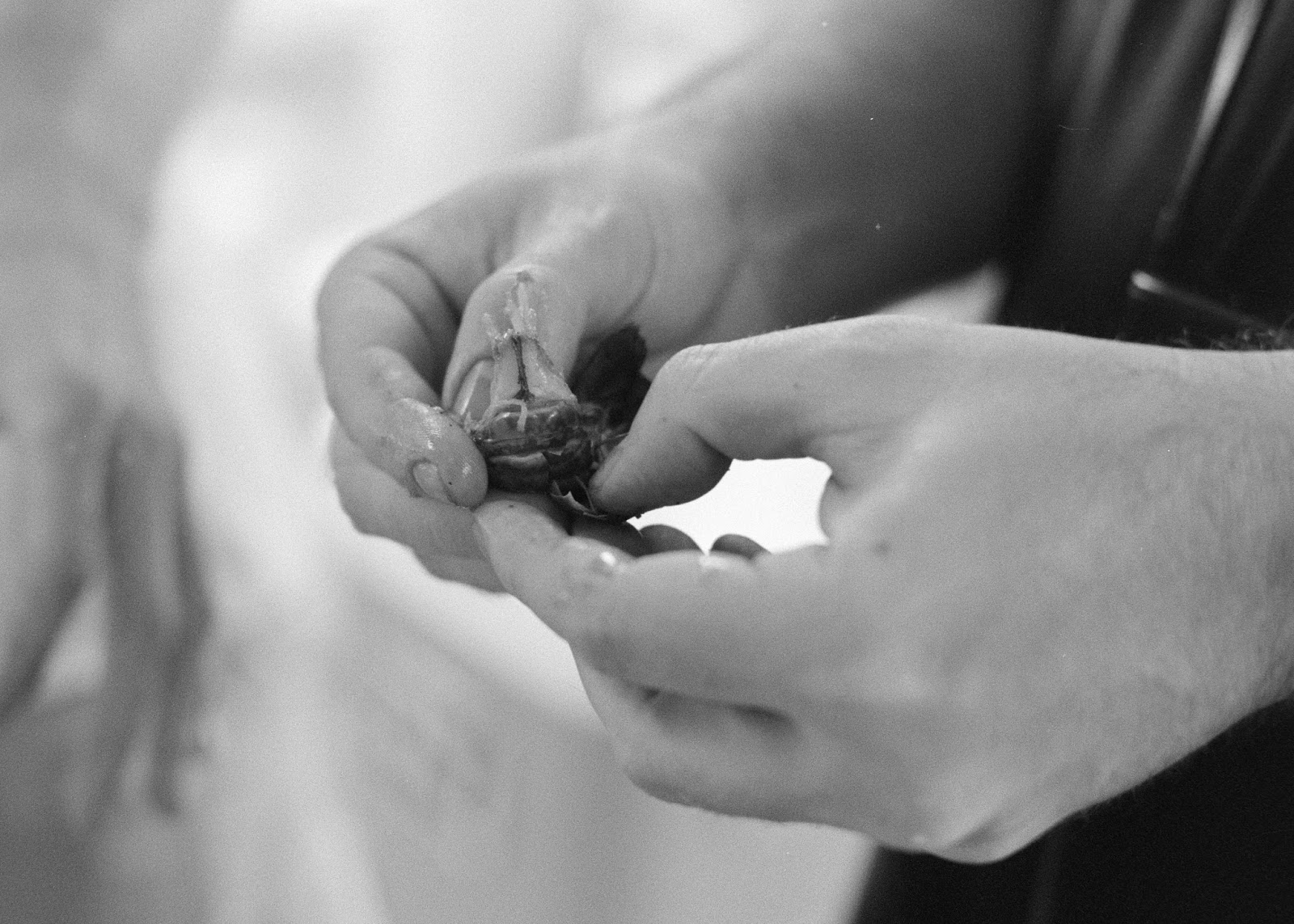 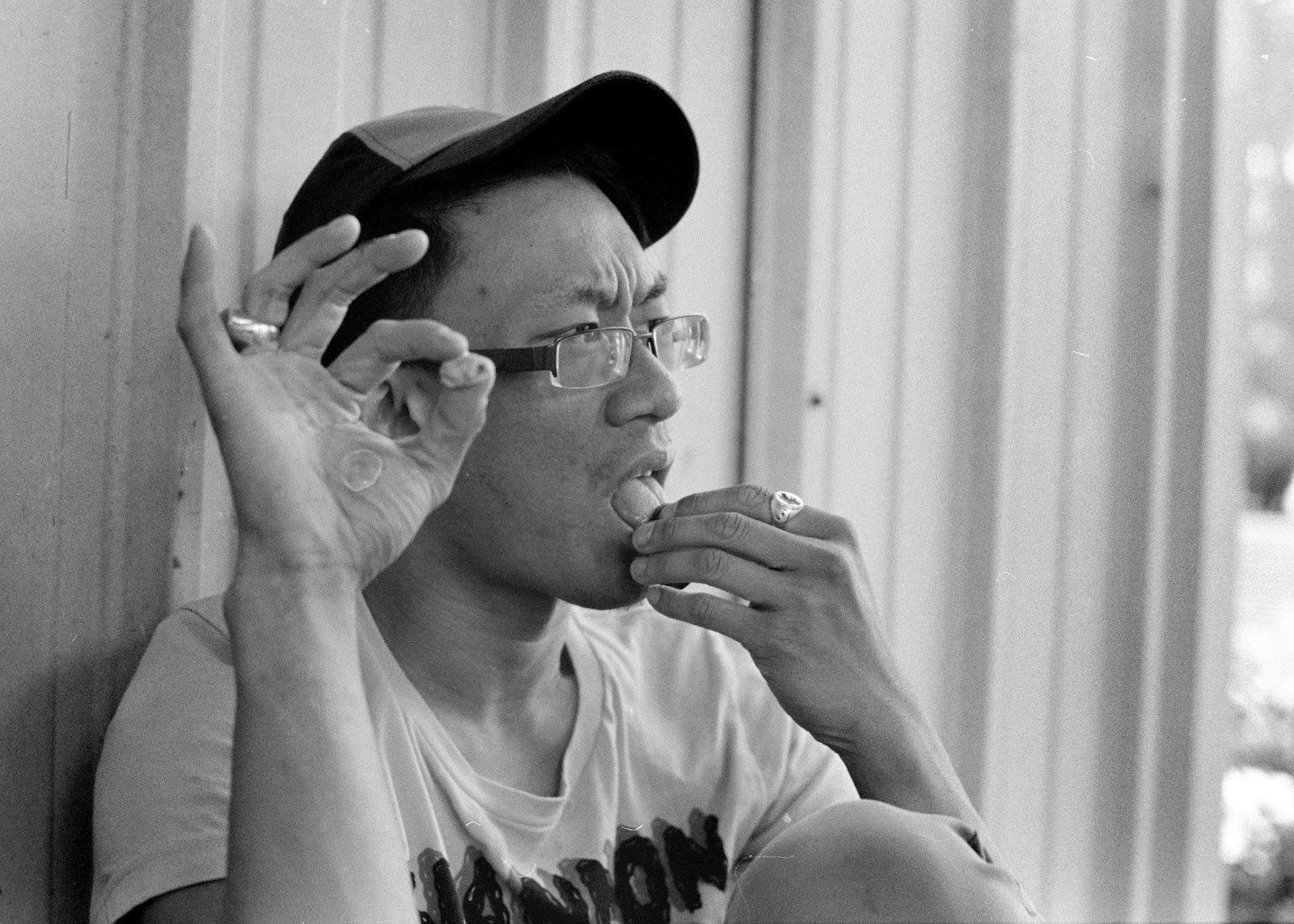 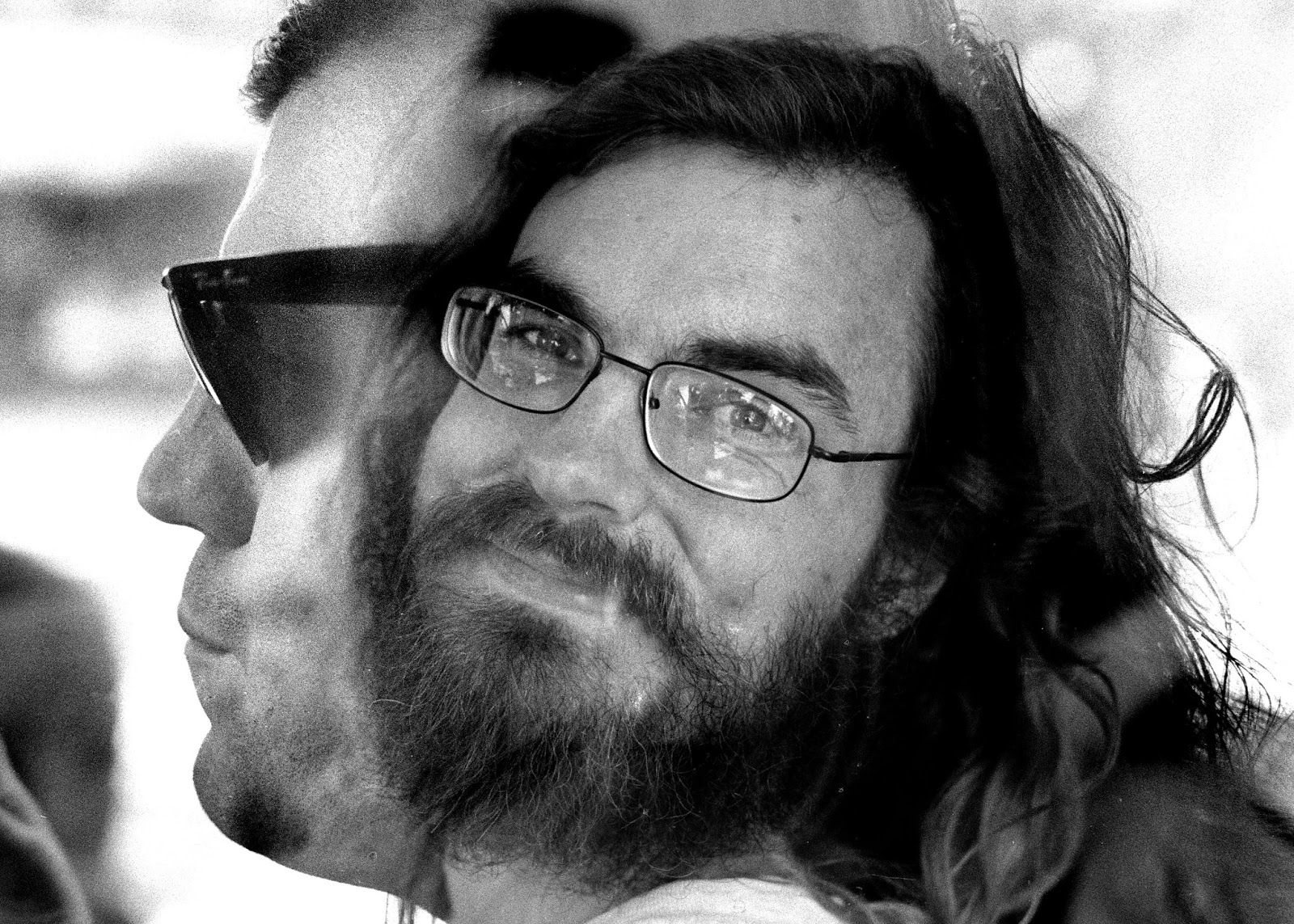 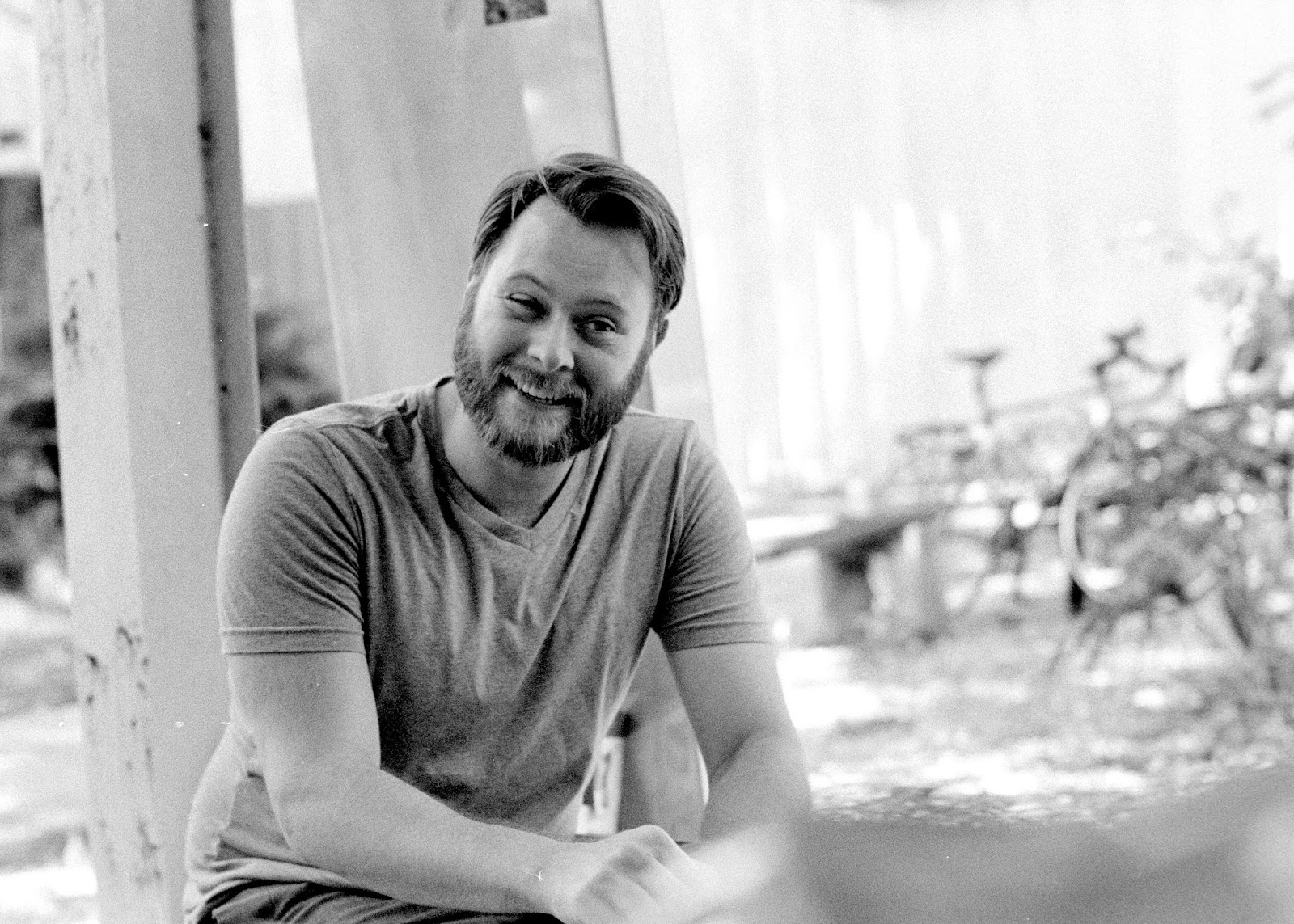 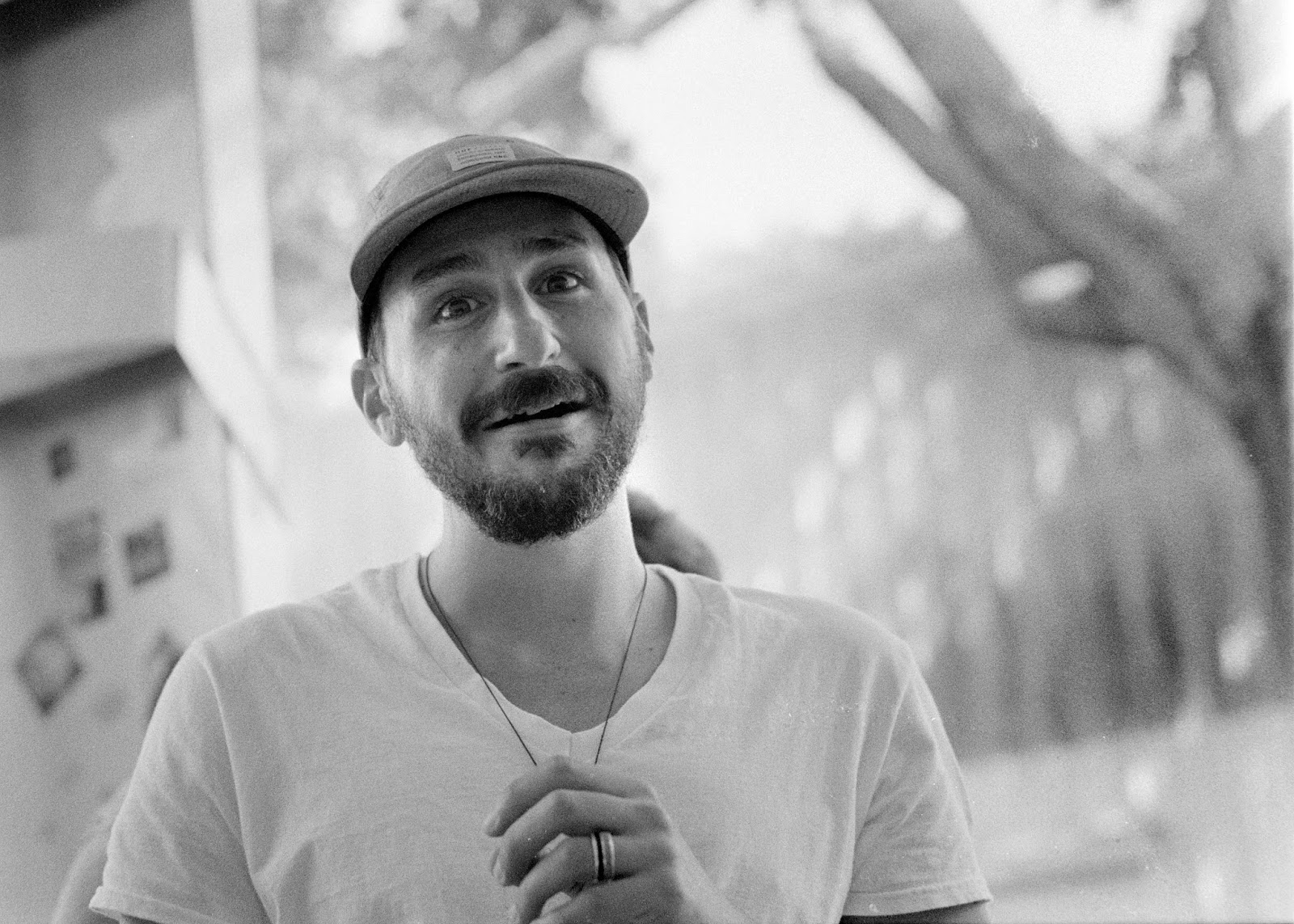 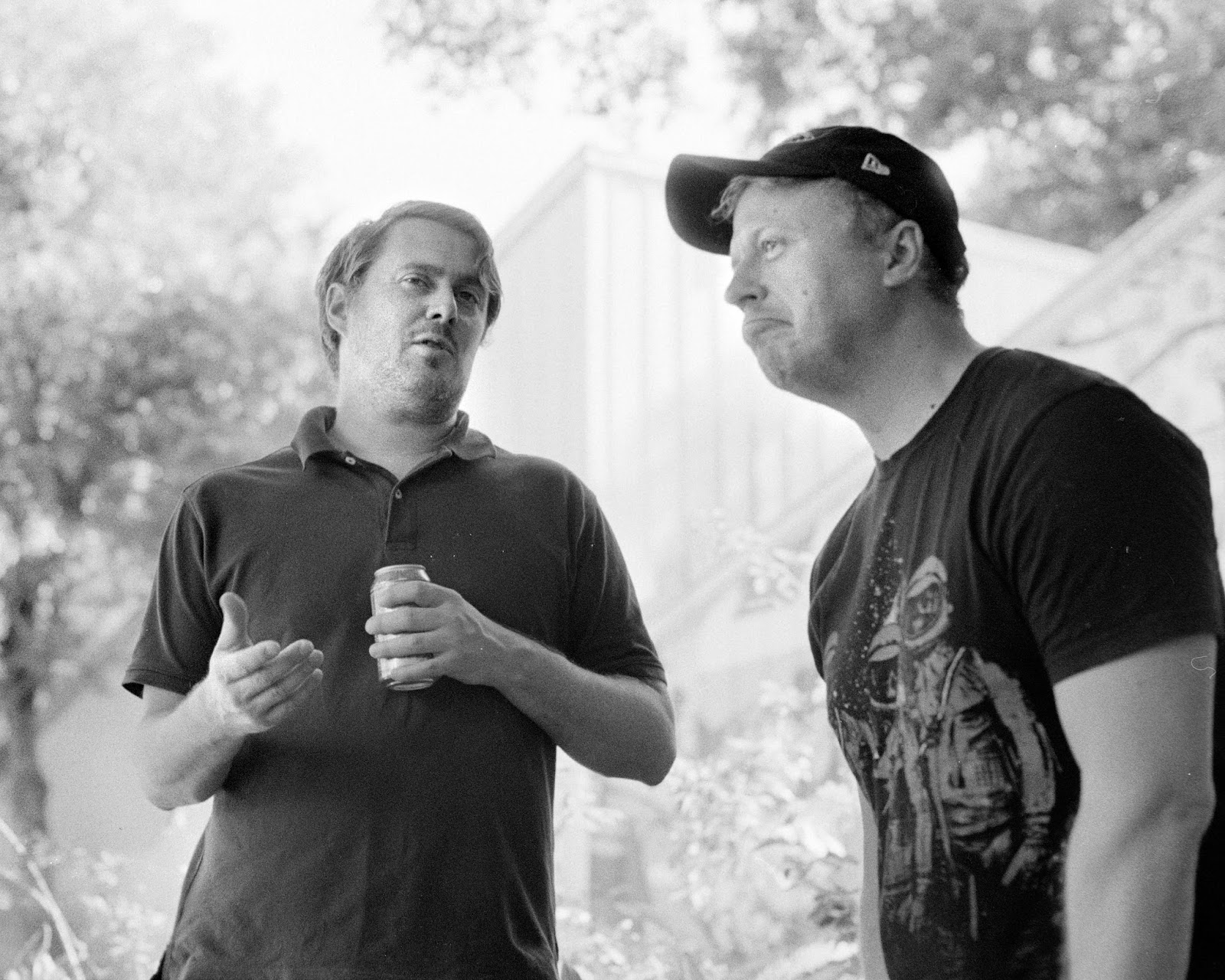 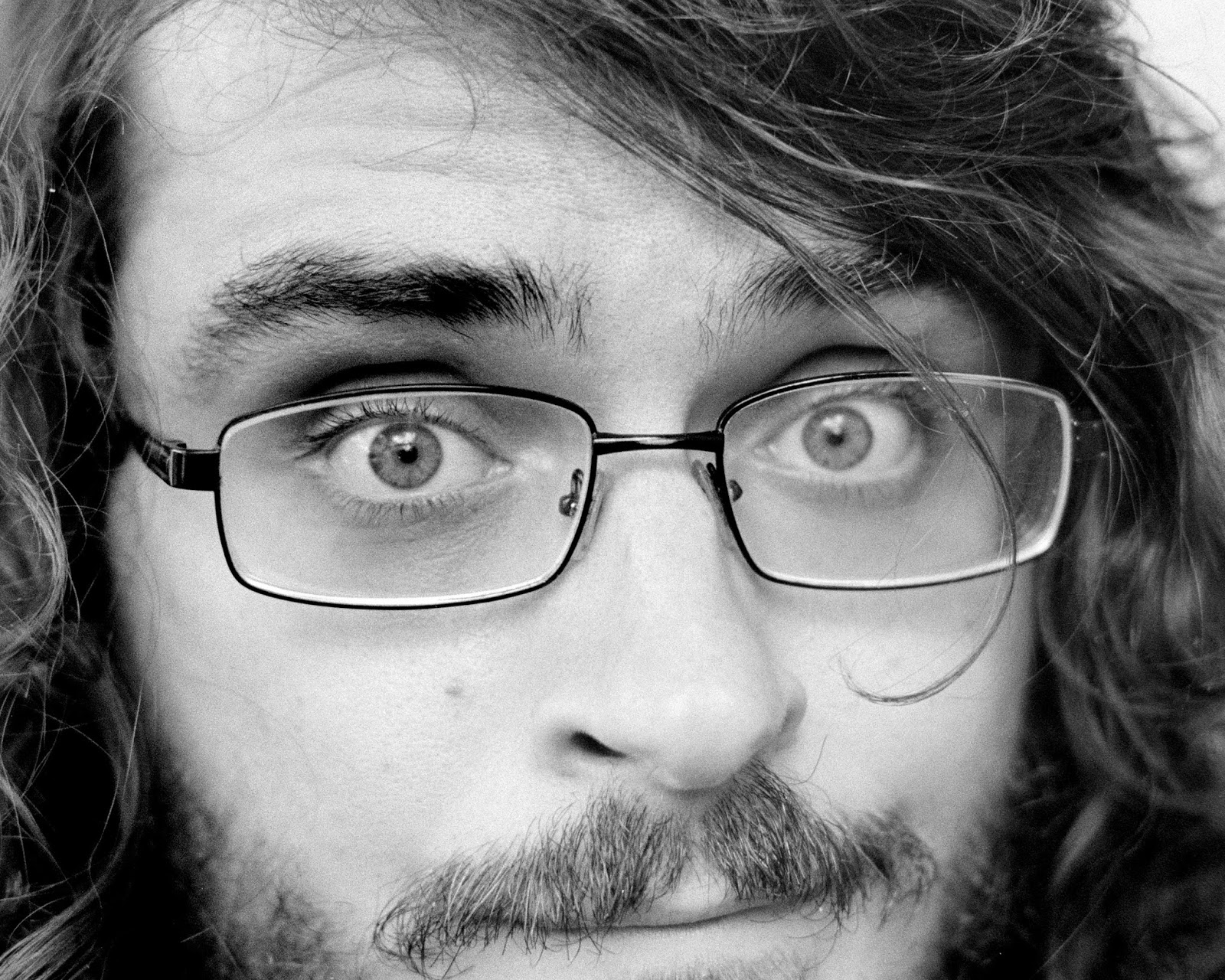 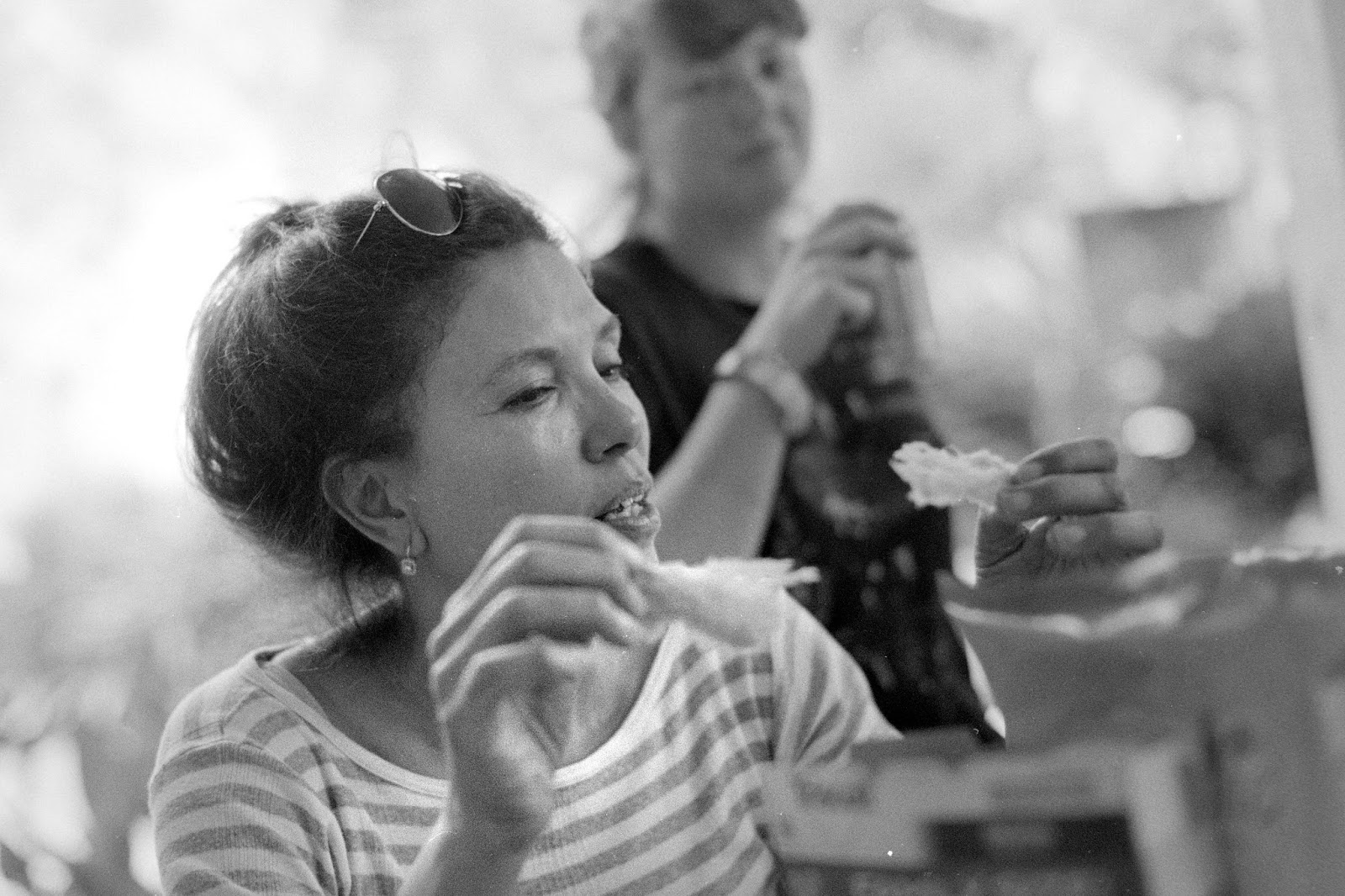 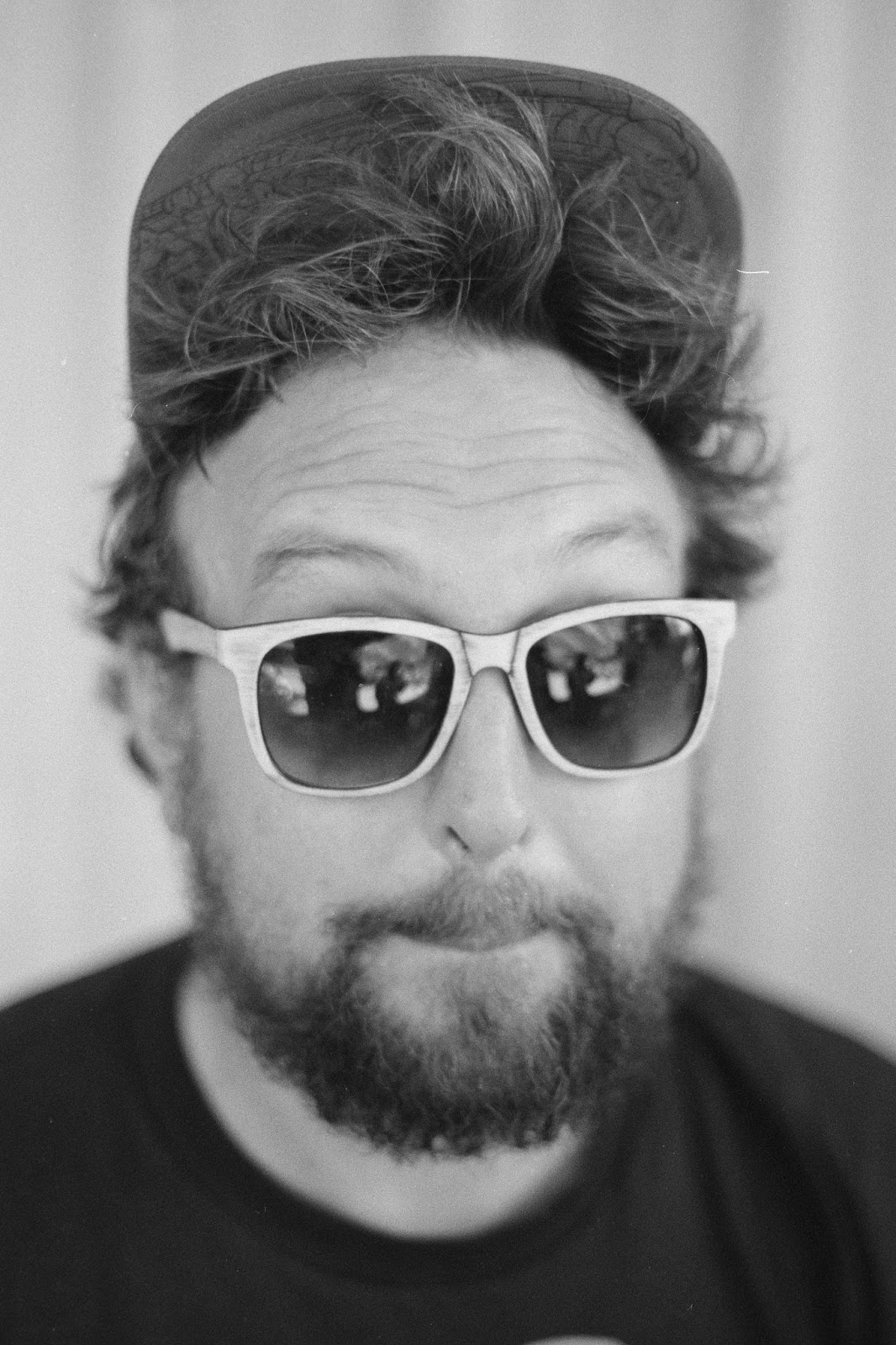 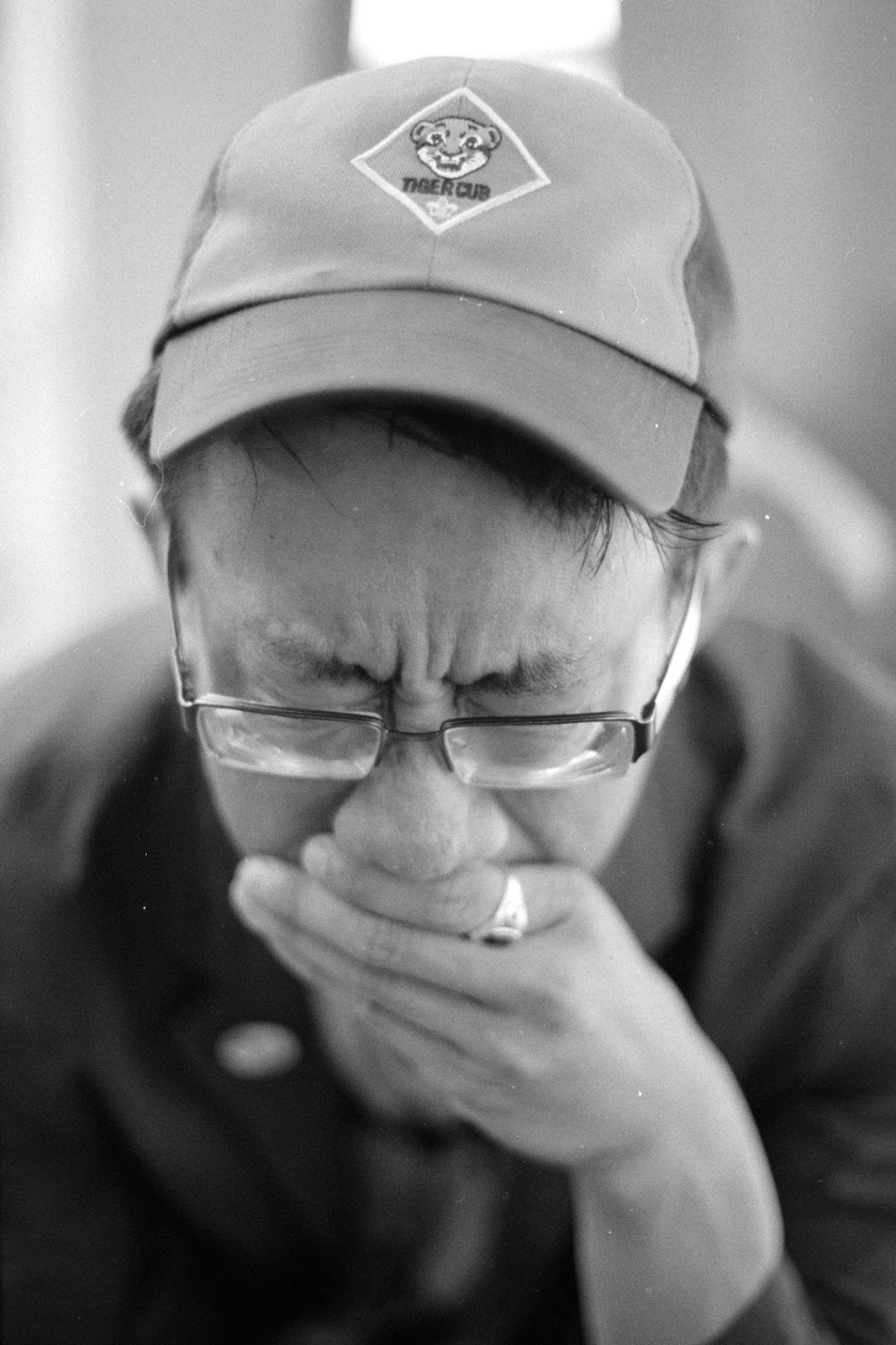