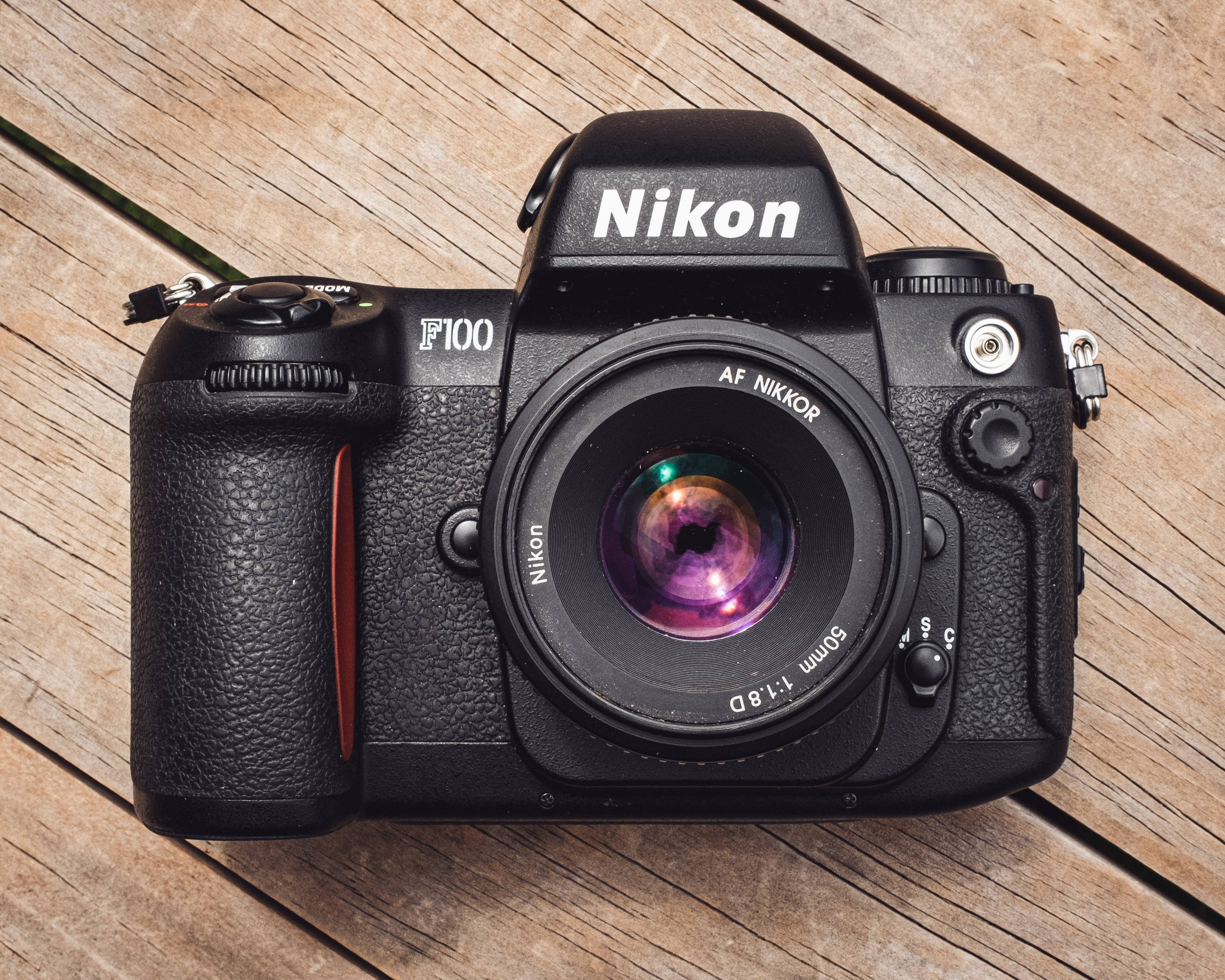 The Nikon F100 is a high end, enthusiast-level 35mm SLR, and was first released in 1999. It's essentially a smaller, stripped down version of the F5, Nikon's top professional model of the period. The F100 cost about $1600 when it came out ($2700 in today's money), which was a bargain compared to the F5's original $3000 asking price ($5150 today). Though lacking some features of the F5, the F100 is still a very capable professional tool, and even improves on the F5 in a few areas.

A few weeks ago, I lucked out and won a Nikon F100 at a local auction for a decent price. Slowly but surely, I've migrated away from mechanical 35mm cameras and toward newer autofocus models. After all, I'd rather blame a camera's focusing system for soft negatives rather than my eyes and fingers. I owned an F5 for about a year, and while I liked using it, I found the thing way too much of a hassle to carry around due to its massive size and weight. To my delight, the F100 supplies (most of) the performance of the F5 at a fraction of the burden. Could it be my ideal autofocus 35mm camera? Perhaps!

Like the F5, the F100 does away with the traditional shutter speed knob and aperture ring controls in exchange for twin command dials and an LCD screen. The F100 goes one step farther than the F5 and removes the manual film rewind crank, replacing it with a mode dial and trio of buttons. On this mode dial you can choose between single and continuous frame advance, as well as select the self timer and multiple exposure modes. I tried to buy two other F100's in the past, both of which had these mode dials broken in some way. It seems like a common point of failure. One camera refused to shoot in multiple exposure mode, while the other camera would randomly activate the self-timer even when it wasn't selected. So, I suggest you closely examine this mode dial if you're looking at an F100 to purchase. Above the mode dial sits three buttons -- there's flash mode, bracketing mode, and manual ISO selection. All-in-all, I don't mind the lack of a rewind knob, but I do miss seeing it spin after each exposure... it was a fun reminder that I was still shooting film. 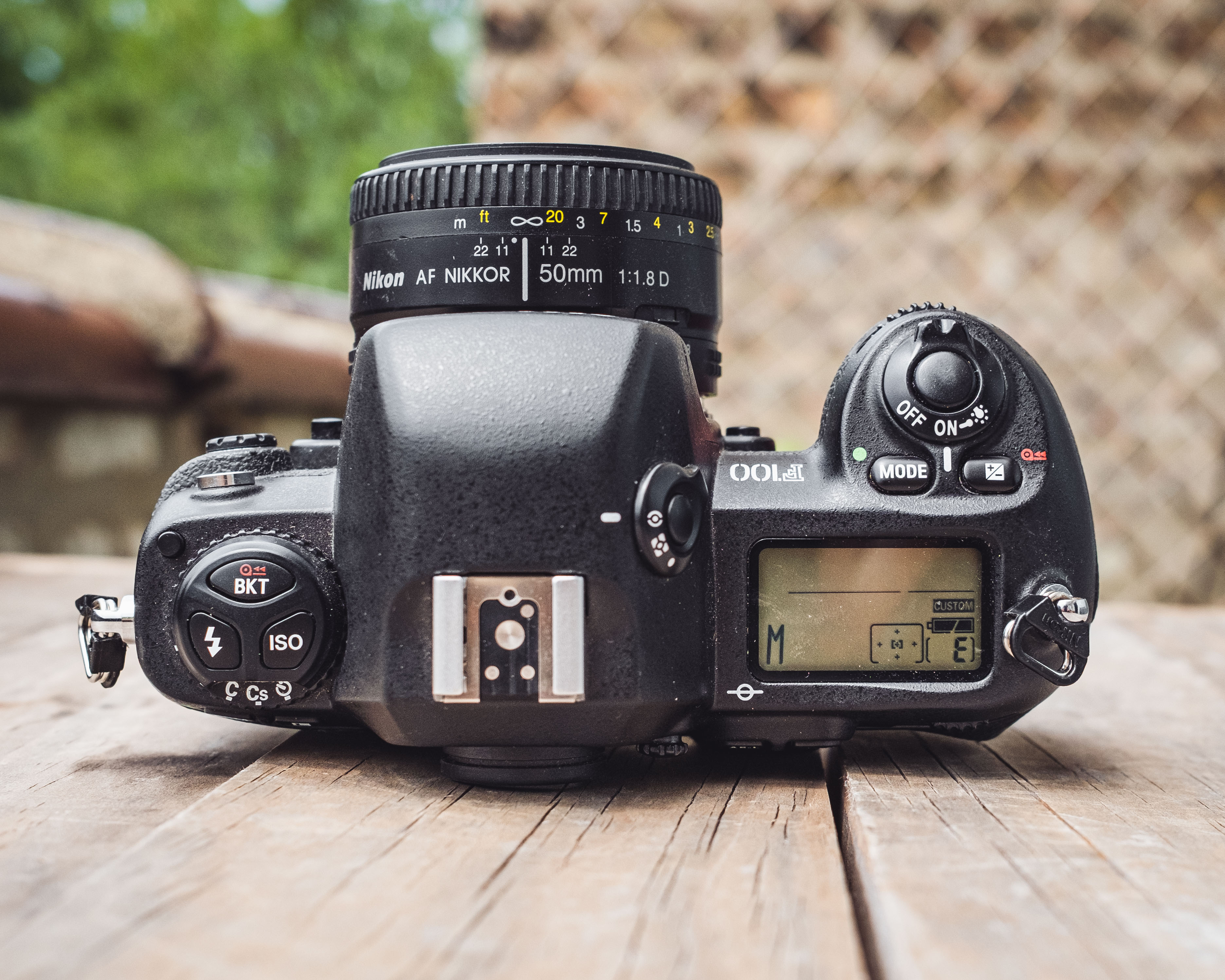 Shooting the F100 feels very much like using a digital SLR. I can switch between it and my D780 with relative ease -- a lot of the buttons and dials are in the exact same place! My wife, seeing me carry around the F100 for multiple days on our trip to St. Louis, was surprised to see that I had film to develop upon arriving home. She asked, "When did you shoot film?" So, I suppose some of the magic is lost when using the F100. It doesn't have that same nostalgic feel as using a Nikon F or Pentax K1000. But, if you want to shoot action, or just want an extremely advanced 35mm camera with wonderful autofocus and autoexposure, the F100 does not disappoint.

Though the F100 autofocus system is pretty much the same as the F5 (five focus points), the user interface is much improved. Upon selection or halfway depression of the shutter button, the focus points in the F100's finder light up. This makes sports photography, where I am constantly changing the focus point, much easier. Focusing seemed pretty accurate in my tests -- the only shots that came out soft where when I did silly things, like shooting through glass or shooting very close up at f/1.4 combined with slow shutter speeds. The camera did not let me down while photographing my baseball team. The accurate autofocus combined with the 4.5 fps shooting speed netted me some great shots!

So, I sold my F5 right before buying my F100. Do I miss any features exclusive to the professional F5? Well, mostly I miss the vertical shutter release, which made things easier on my wrist while shooting portrait-oriented photos. The removable finder on the F5 was a cool touch, but not something I ever took advantage of (I own waist level finders for a number of my cameras and almost never use them). The slower fps rate on the F100 (4.5 fps vs. 7.4 fps) didn't make much of a difference when shooting baseball, but it might for other sports that involve more unpredictable action. All things considered, I'd say that the F100's smaller size and better focus point interface makes it a better camera than the F5, for me.

If you take photography seriously and don't want to look like a total hipster while out shooting film, the F100 is the perfect camera. People will think you're just using a DSLR, and will not try to stop you to talk about the good ol' days of photography. On the other hand, people might feel more threatened by the F100 than a mechanical camera, because it's a bit large and appears modern. So, it's a double-edged sword. Overall, I quite like the camera, and will keep it around for whenever I want to make sports photos on film. Below are a few photos I made with the F100 and Arista Edu Ultra 400 film. I mostly used a Nikon 80-200 f/2.8 D lens, though a few of the shots were made with a 50mm f/1.4 D. 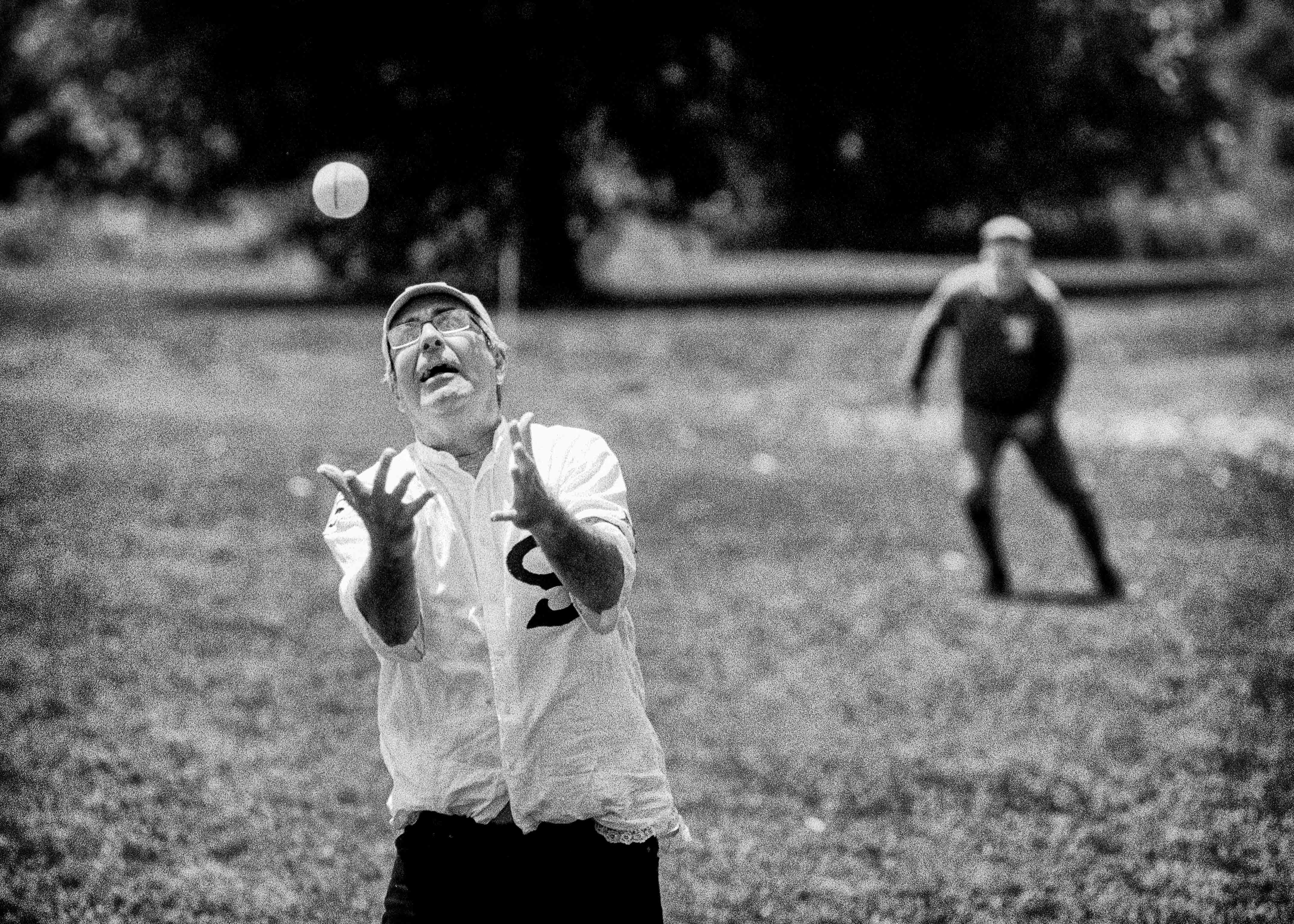 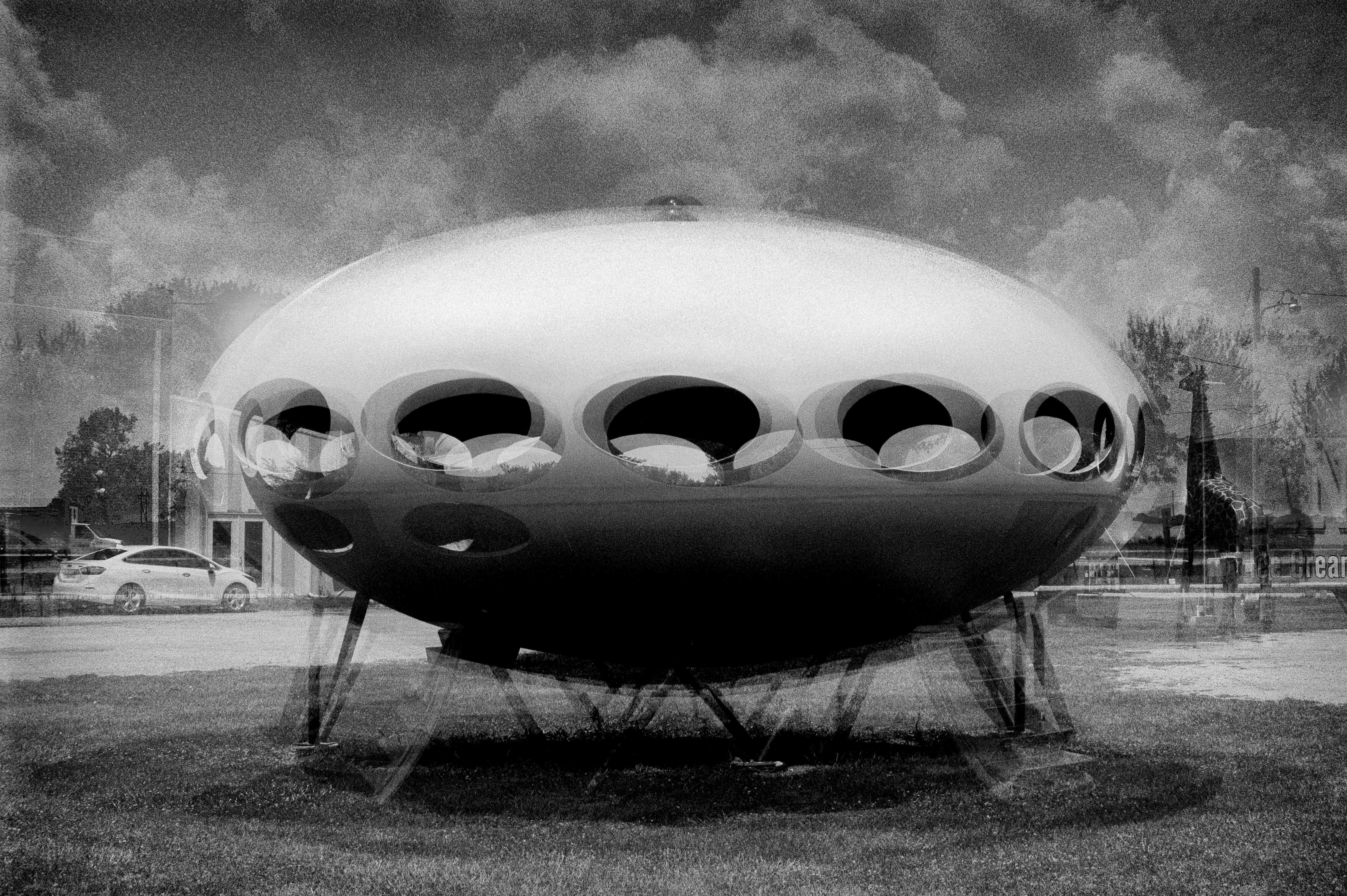 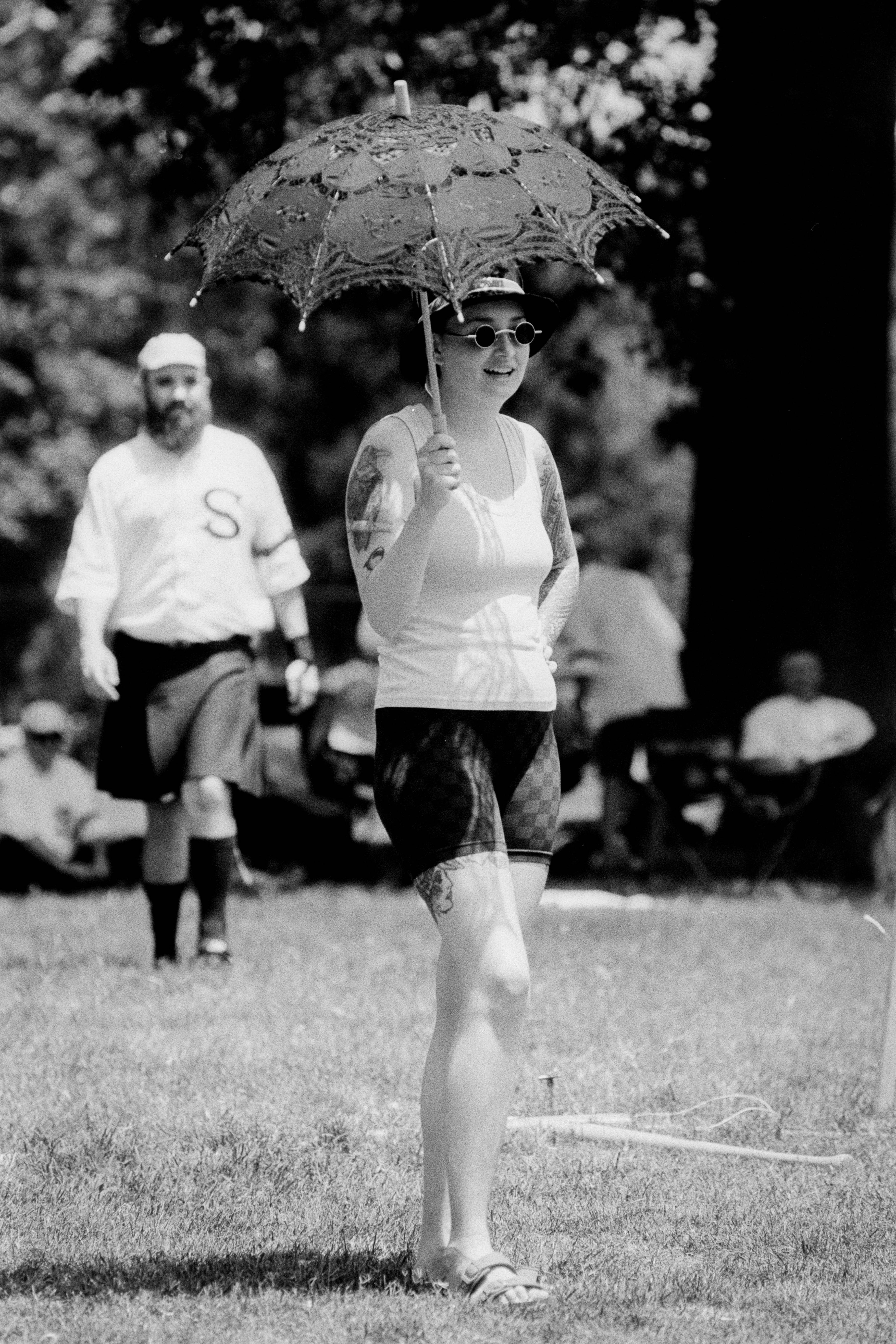 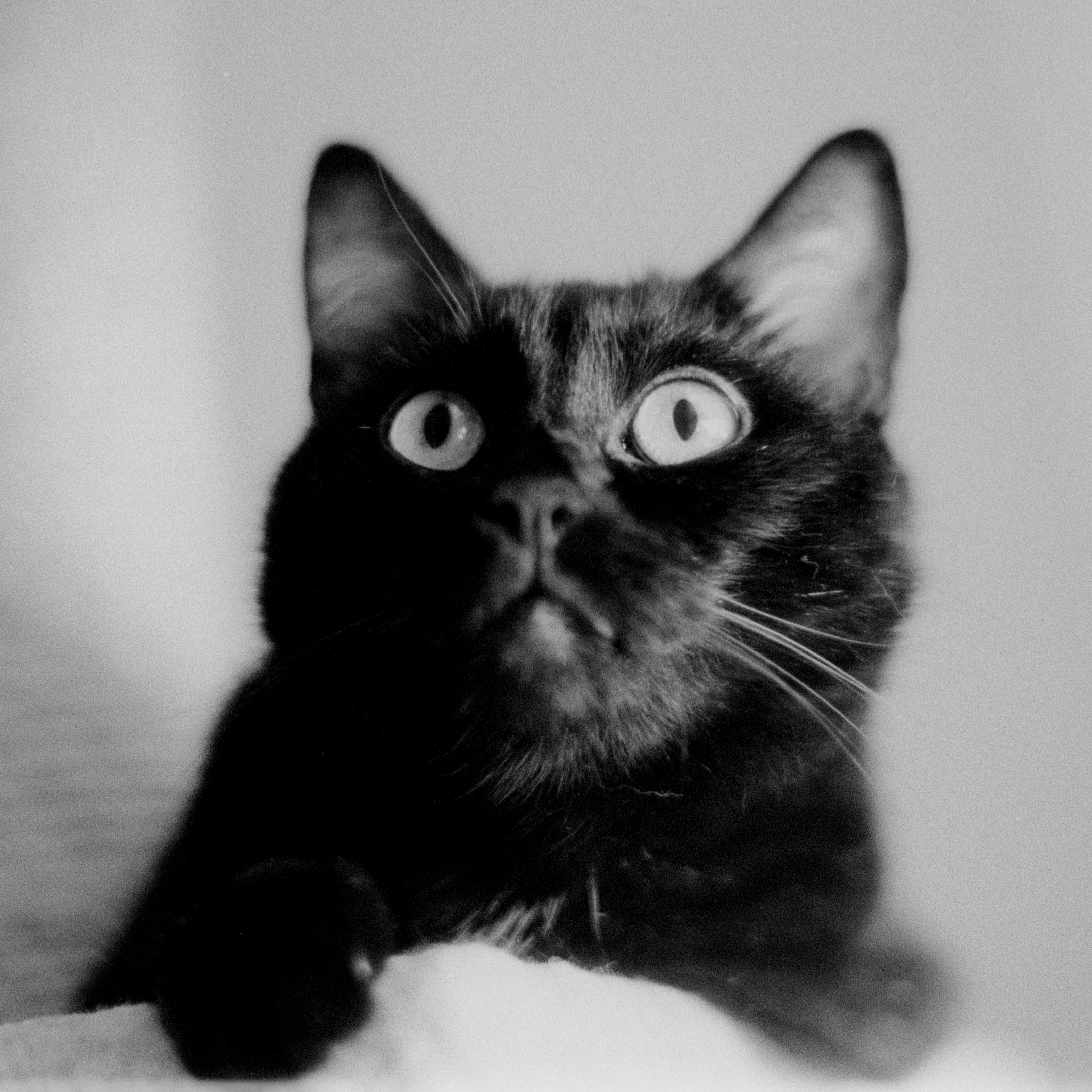 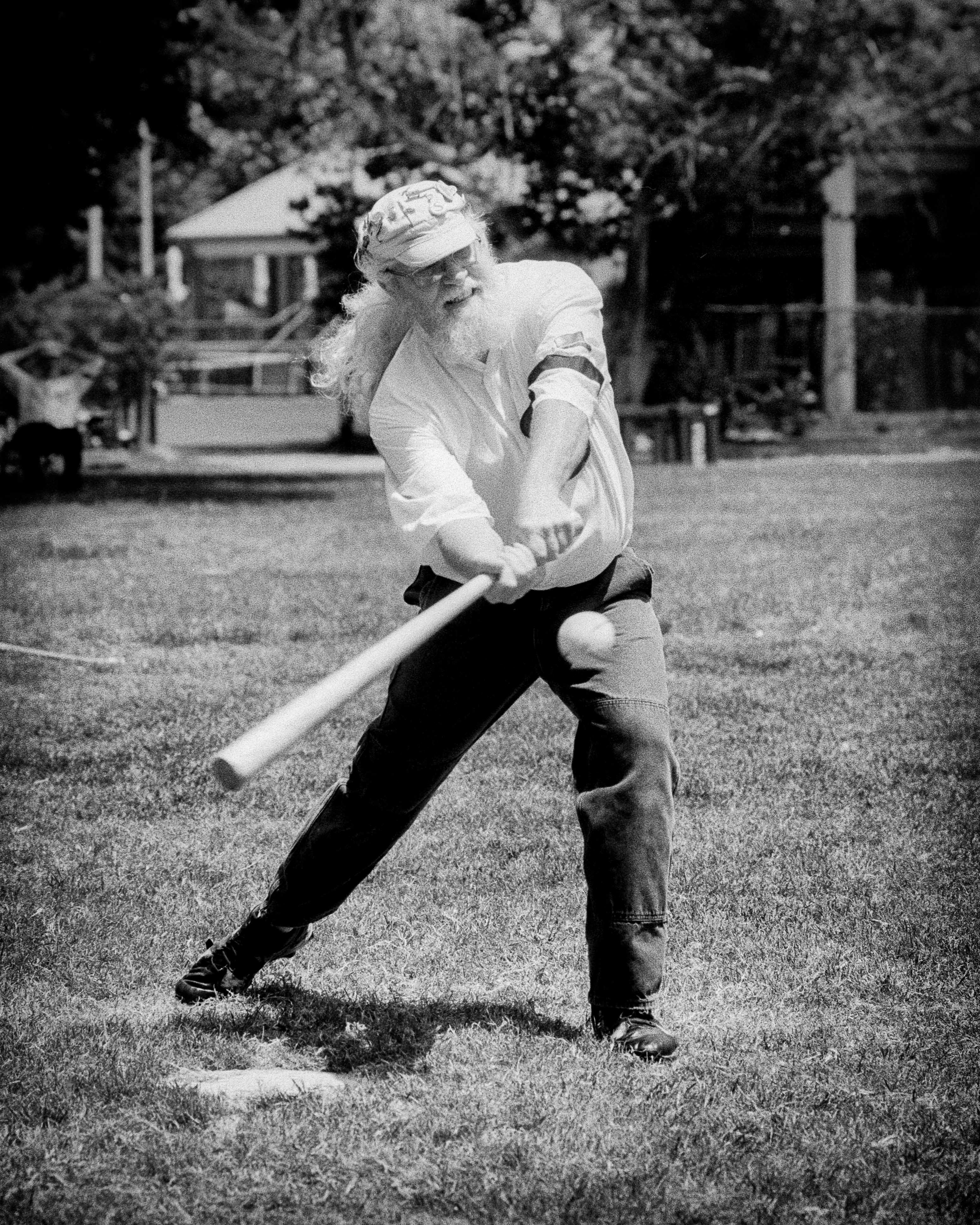 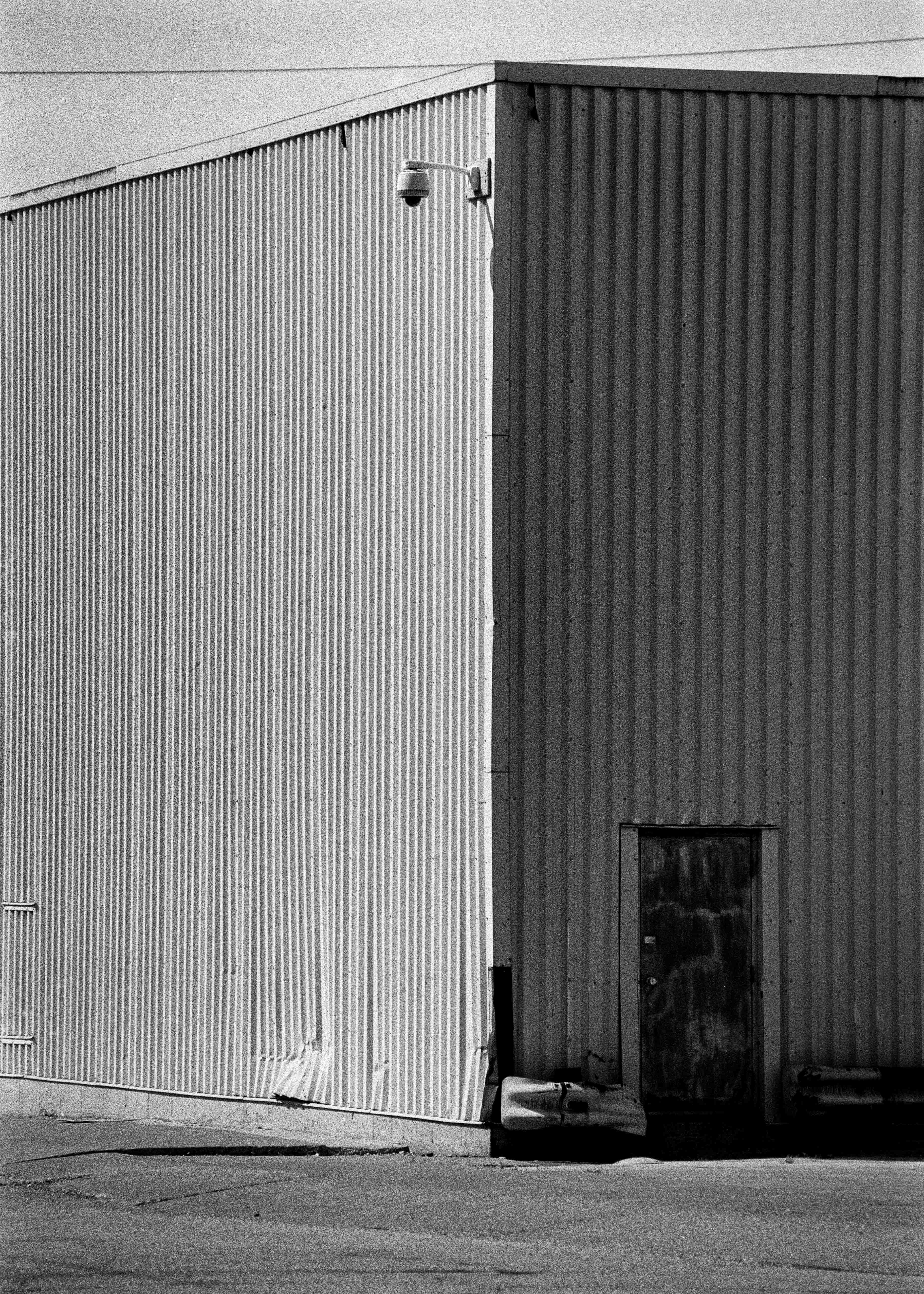 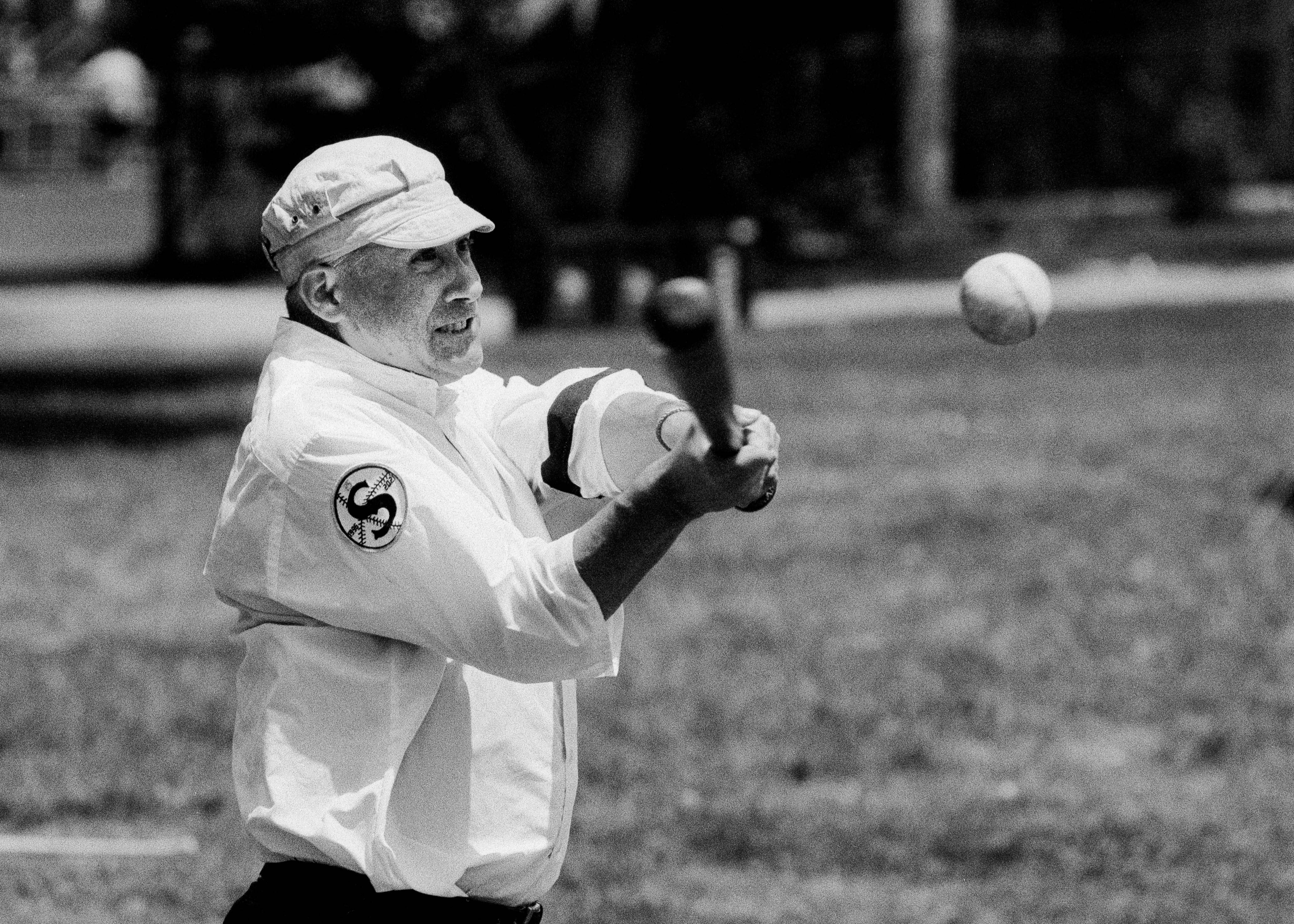 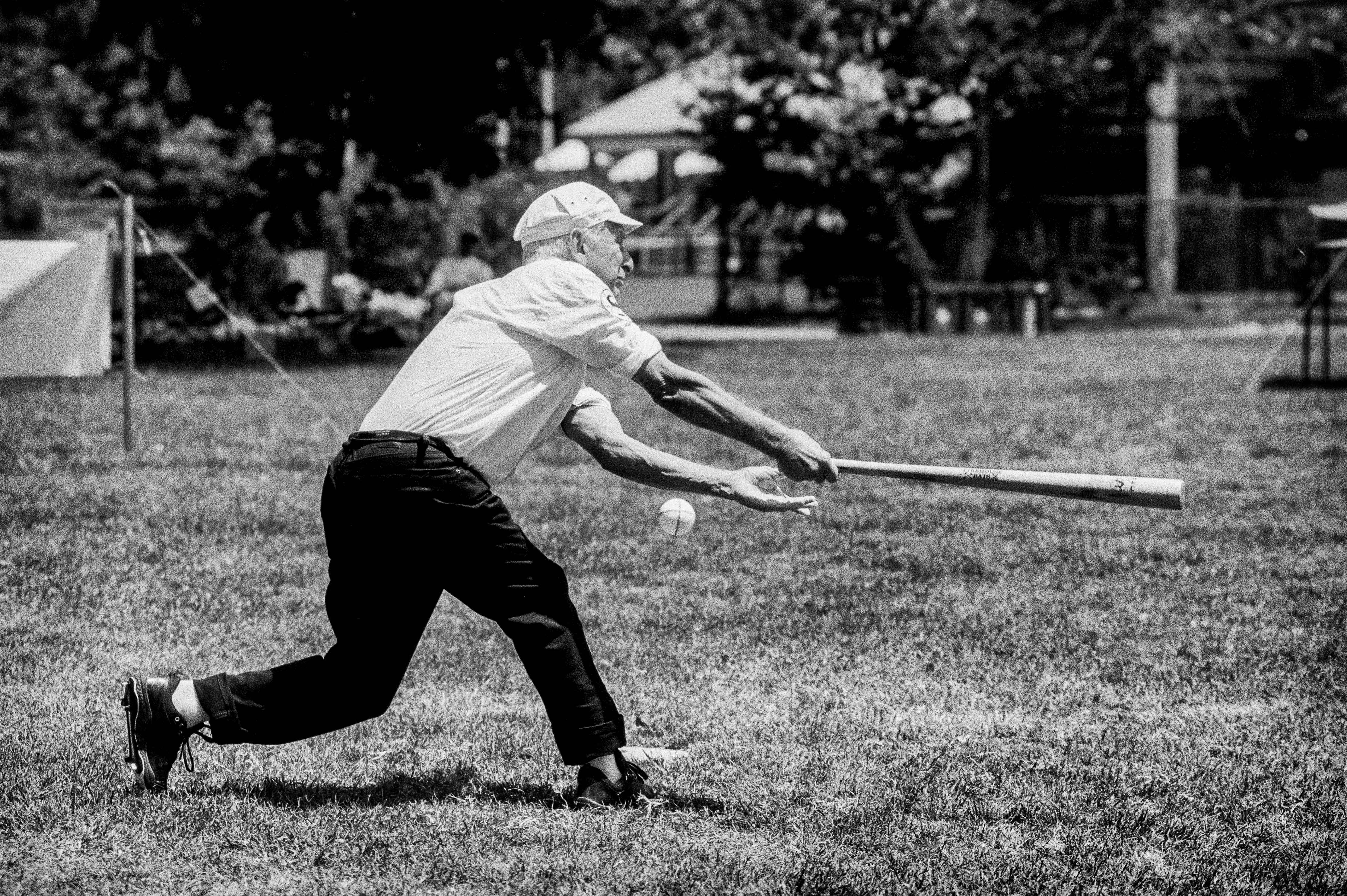 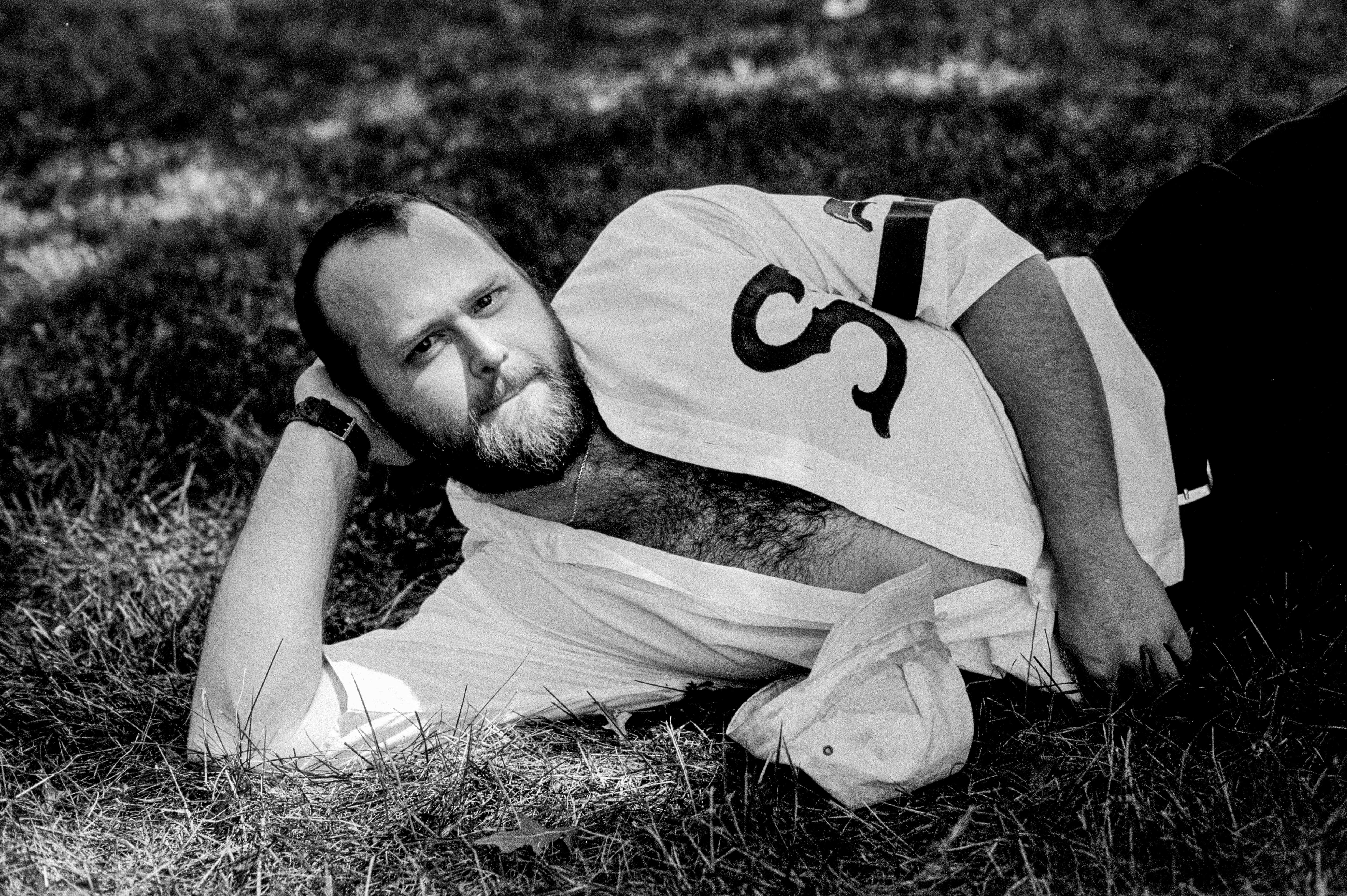 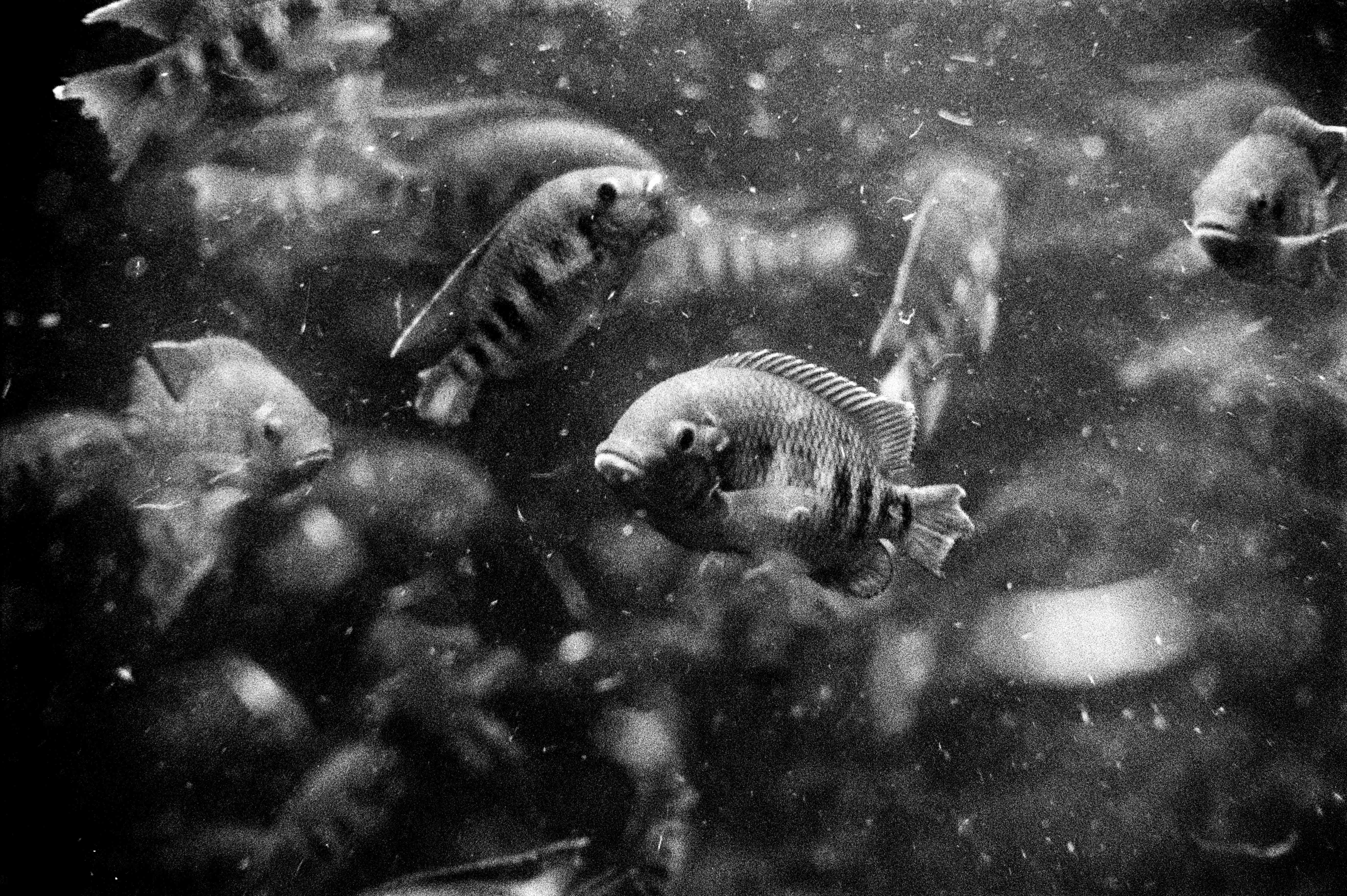 One more note about the F100. Most of these have developed sticky grips over time. Mine was no exception. I found that a few careful applications of Goo-Gone got the grip feeling like new!