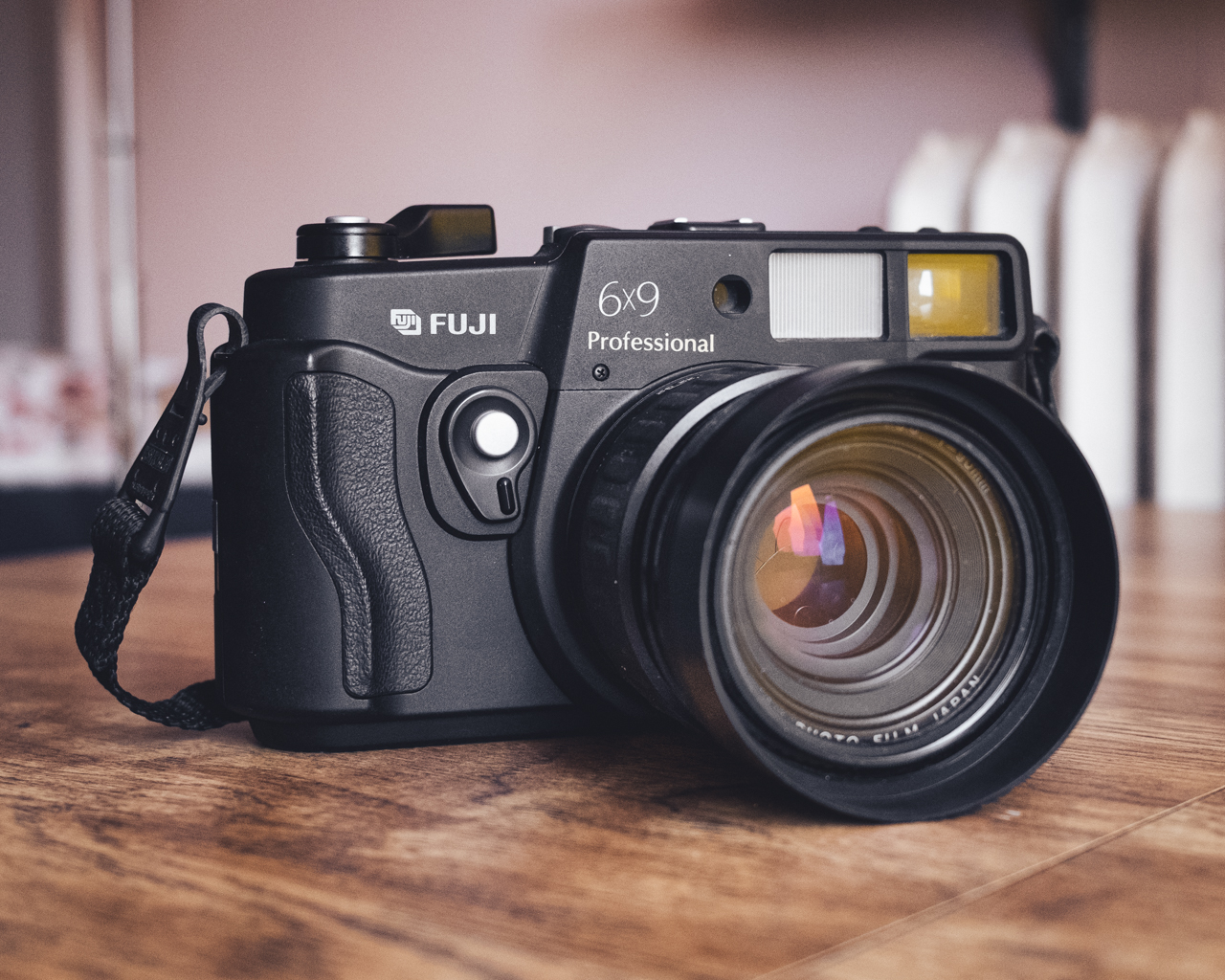 A few weeks ago I was in Galesburg, Illinois for an art opening, where my friend Tom was kind enough to lend me his newly purchased Fujifilm GW690III Professional camera for a day. Released in 1992, the GW690III is the third and final 6x9 medium format rangefinder camera that Fujifilm produced in the GW line. It's completely mechanical, and doesn't even have a light meter, not that a Professional (a la the camera's moniker) would require a light meter, anyways. I don't understand why Fujifilm included the Professional subtitle under so many of their cameras. It's honestly a bit cringe -- like they're pleading with professional prhotographers to buy their cameras.

Anyway, the GW690III is a complete beast of a rangefinder. I mean, as one might expect from a camera that produces a 6x9 negative, the thing is frickin' huge. That said, though, it isn't too heavy (I think it's made from some high-quality plastic), and it's not really a pain to carry around if you have a decent strap or bag. I took Tom's camera around with me to a few different bars and barely noticed it slung around my shoulder. The grip on the camera is comfy, and there are even two different shutter releases-- one on the top of the camera, and one on the front. Not really sure why the extra release is necessary, but it's pretty cool! 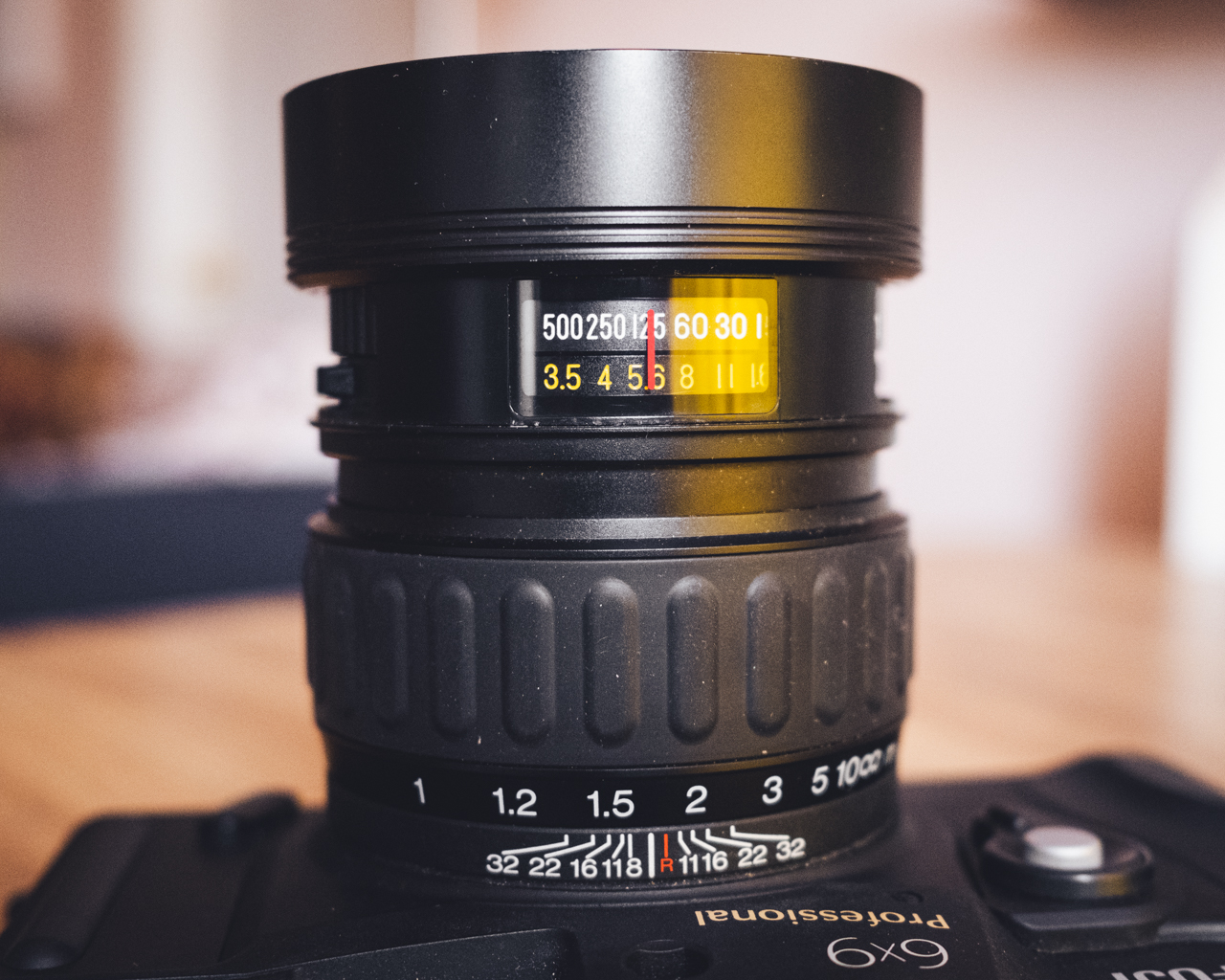 Aperture and shutter speed are both controlled via two dials around the tip of the lens, and are easily adjustable with your left hand. Unlike some dumb German and Swedish cameras, the shutter speeds and apertures thankfully don't interlock. The lens is a fixed 90mm f/3.5 lens, which with the 6x9 format, provides roughly a 40mm field of view in 35mm terms. It's a great angle of view, perfect for general photography. The lens focuses as close as 1 meter, which is pretty par for the course when it comes to rangefinders. I was impressed by the sharpness of the lens, though I did pretty much only shoot in the middle of the aperture range. 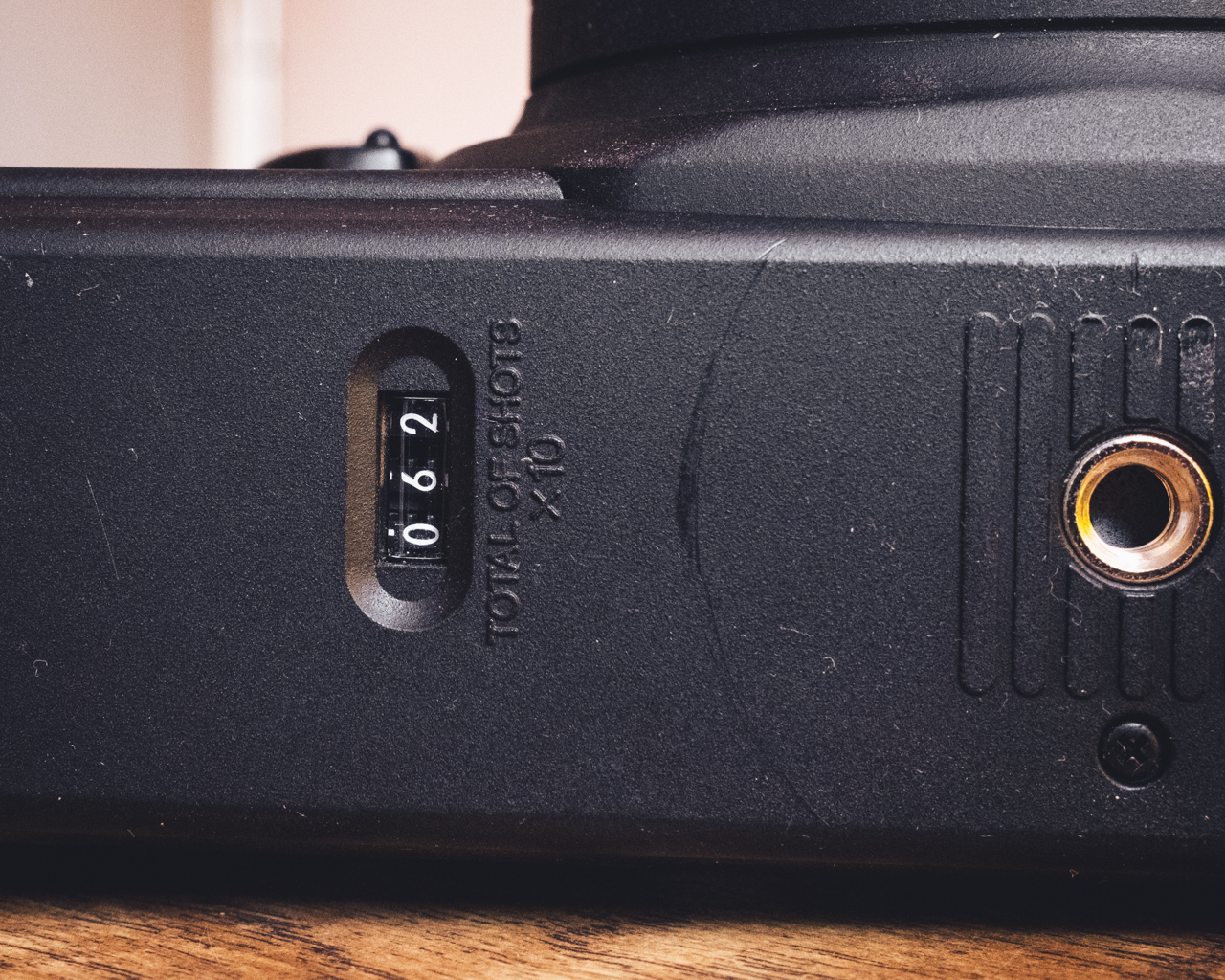 One cool little detail about the GW690III is that it keeps track of its mileage! On the bottom plate there is a little counter that keeps track of how many shots the camera has taken. If you're buying one of these Fujis used, the counter gives you an idea of how much use and abuse the camera's been through.

Once again, I am impressed with the image quality of this 6x9 monster. It sucks that you only get eight shots per roll, but each frame is packed with incredible detail. The negatives are so big, that even just the contact prints are big enough to display and frame. I loved trying this camera out, and am thankful to Tom for trusting me with his new toy. We had a lot of fun at the bars in Galesburg drinking drafts and talking about photography. Below are a few photos I took on that night, as well as a couple of shots taken the next morning. The flash was a Vivitar 283, and the film was Ilford HP5. 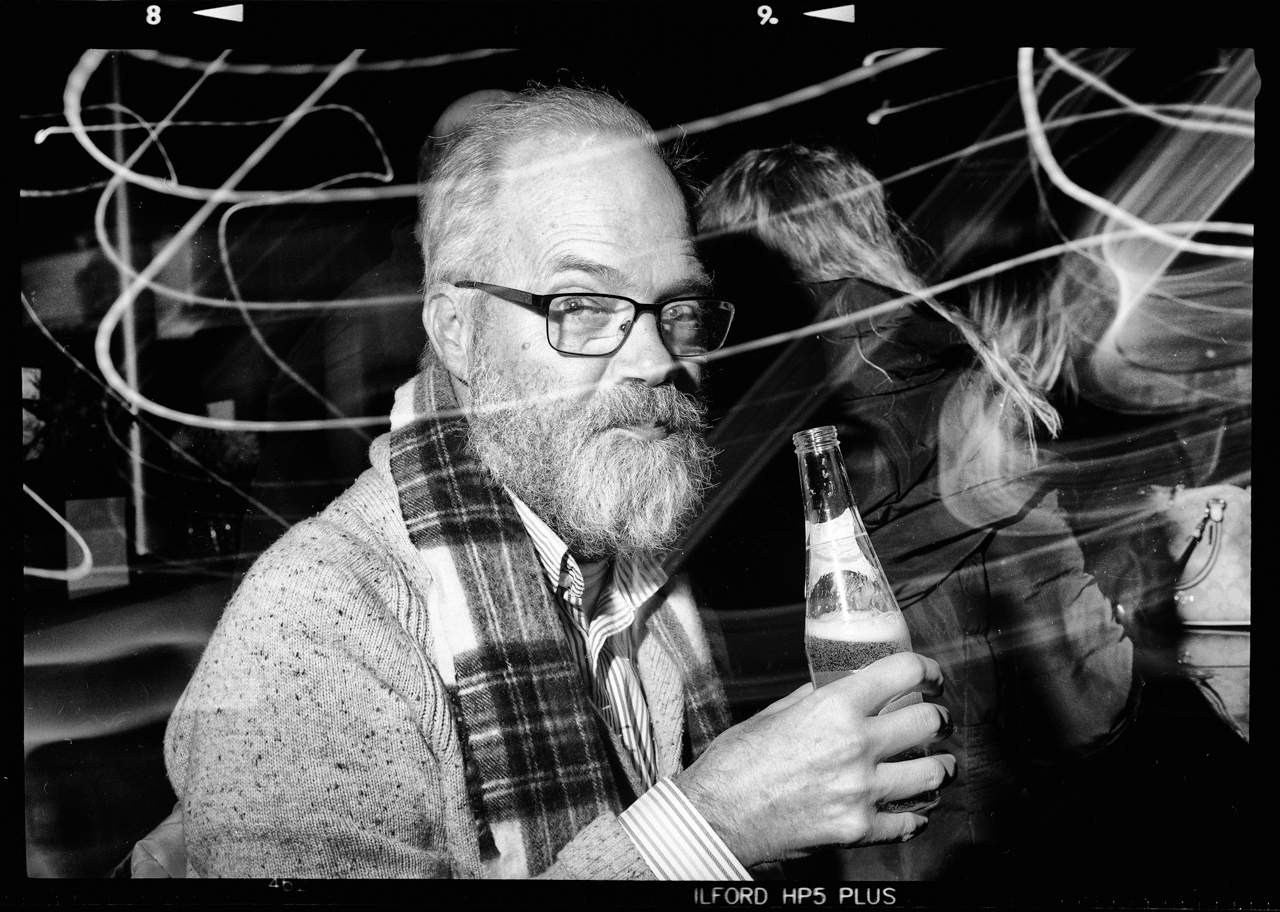 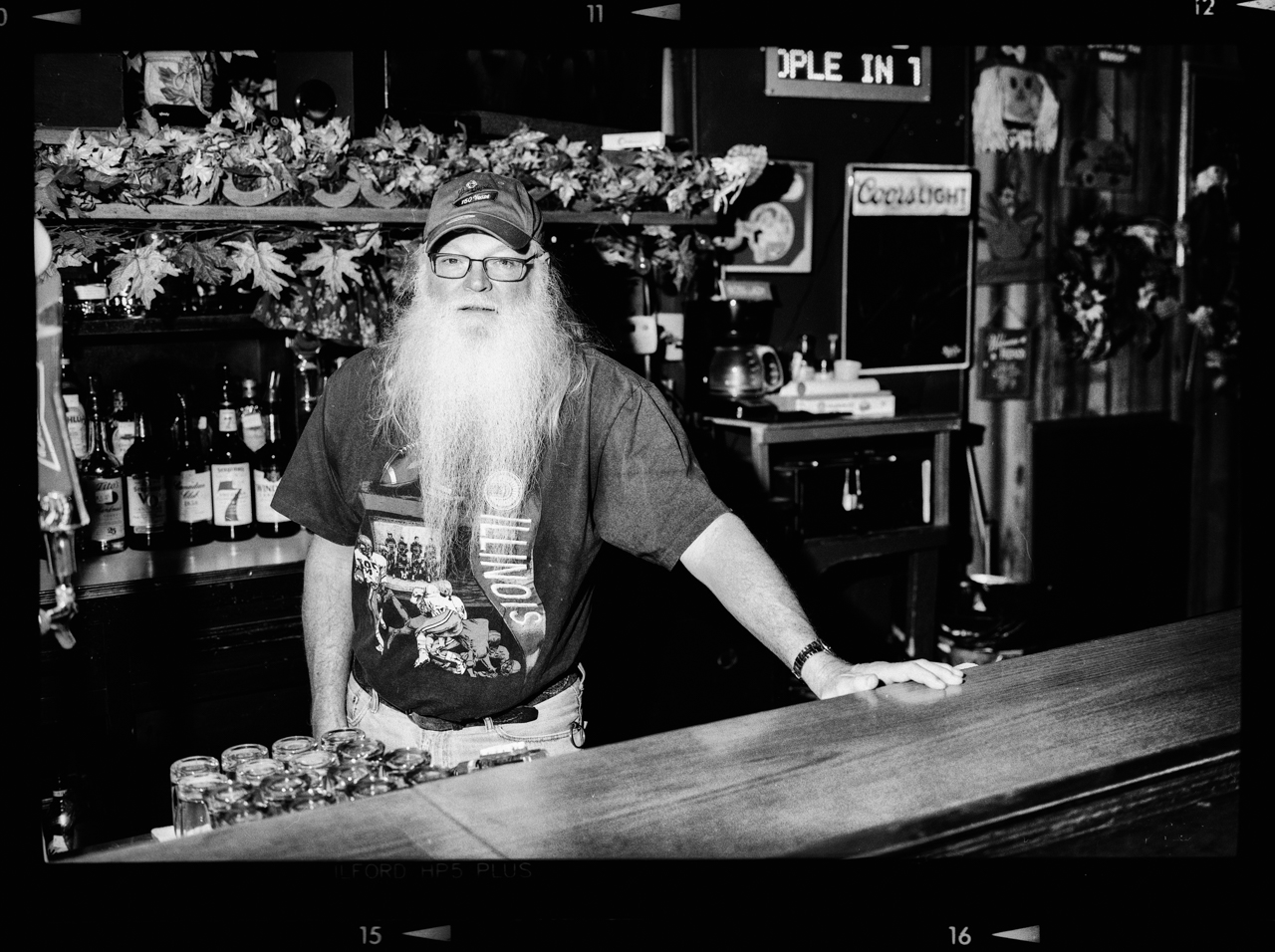 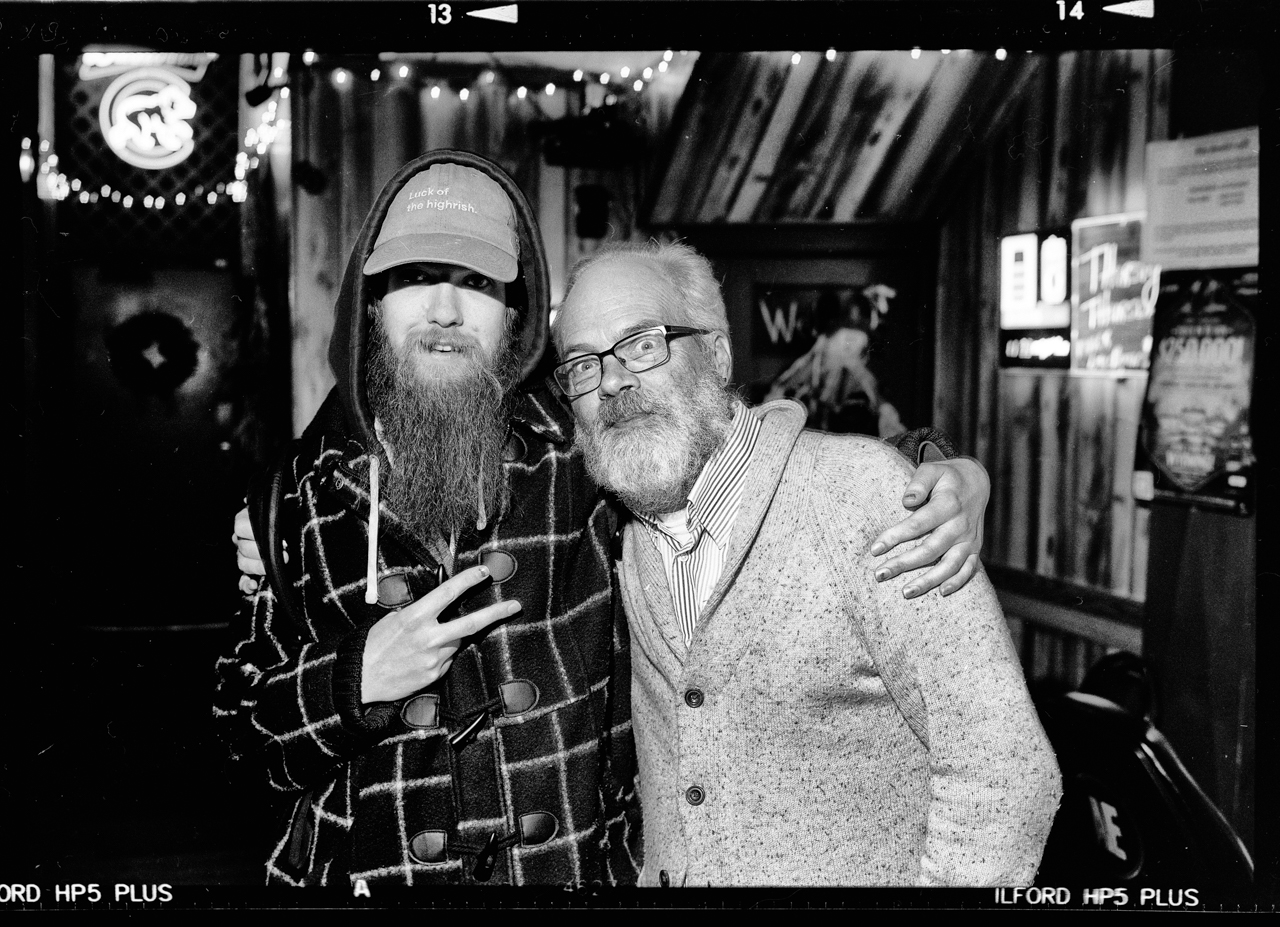 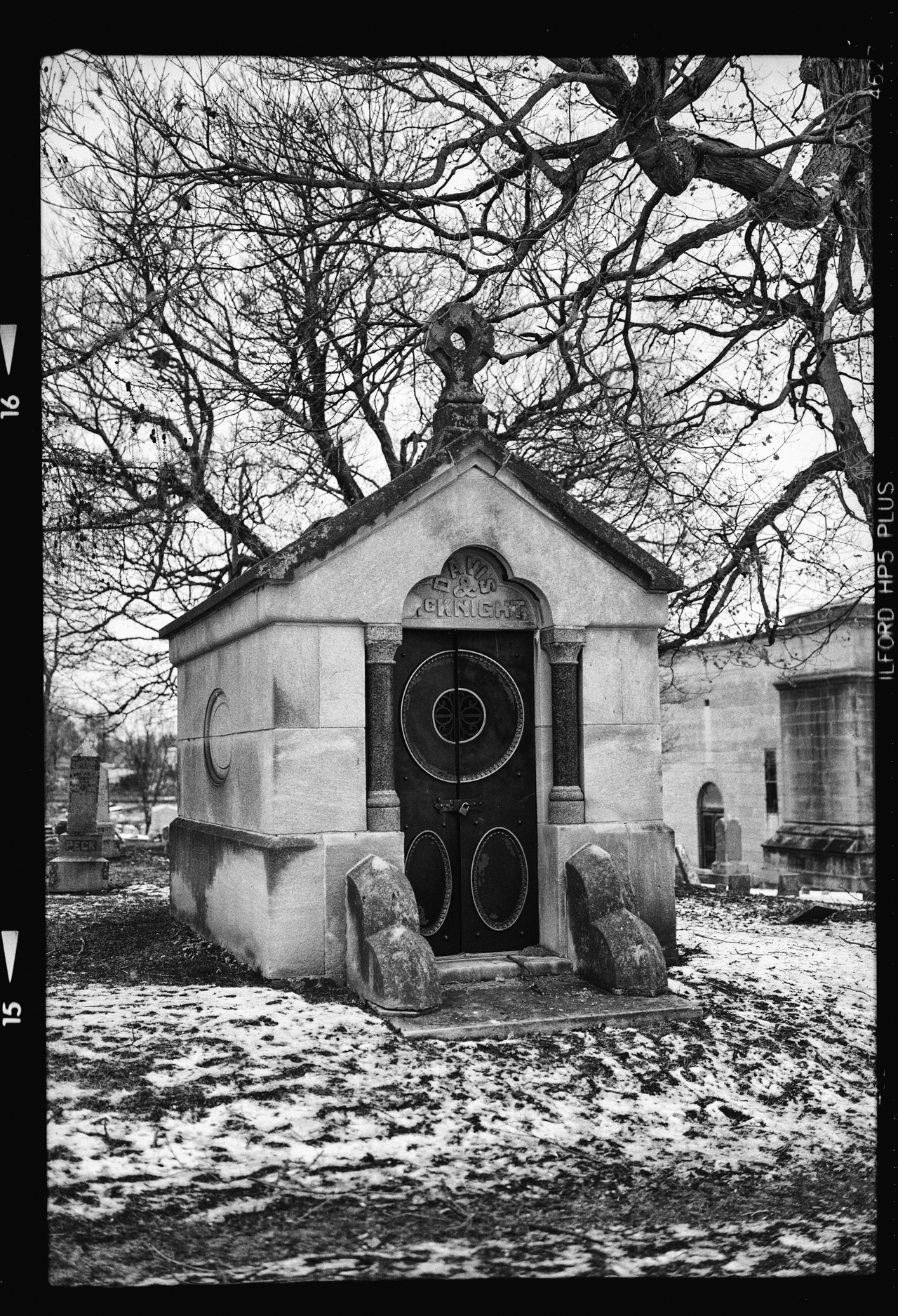 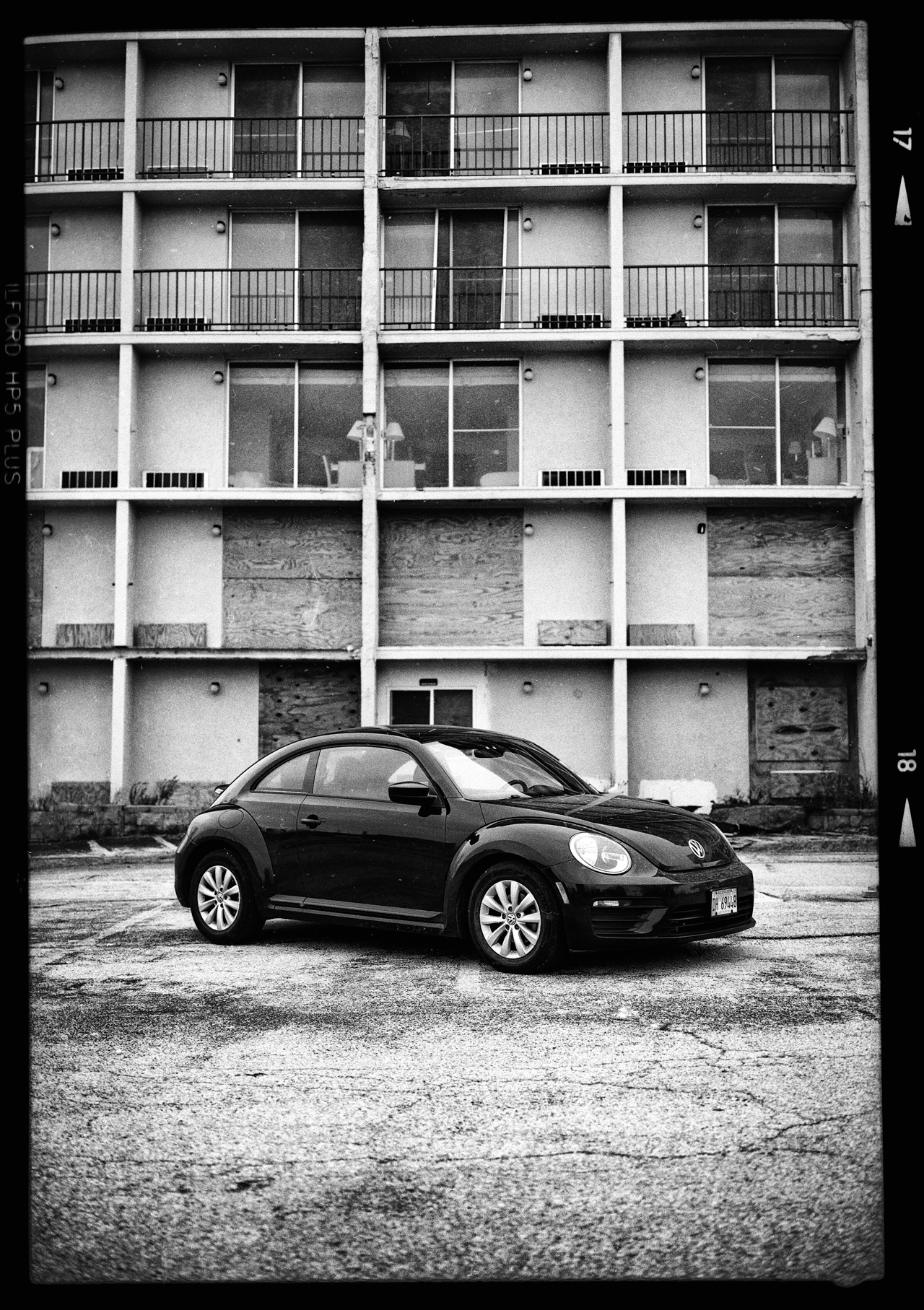