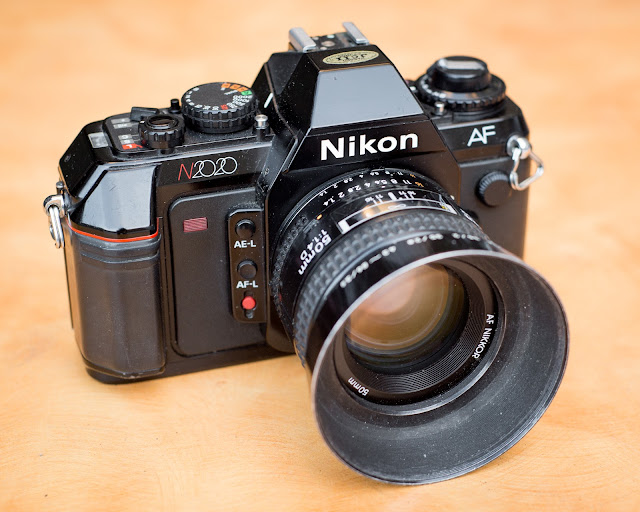 Since it's the year 2020, I thought it appropriate to take a look at the Nikon N2020! The N2020 was released in 1986, and is the first Nikon SLR camera with in-body auto-focus. It's also the last Nikon camera to use their superior, non-italicized logo. I assume the "2020" moniker references the camera mimicking the human eye's ability to focus, or something. My dad owned an N2020 and used it to photograph paintings for the many years that he was an art dealer in downtown Chicago. He gifted me his N2020 a couple years ago, but unfortunately it was in a state beyond repair. I bought the above N2020 from KEH in great condition for a little over $40.
I love the design and layout of the N2020. No LCD screen bullshit, just a beautiful arrangement of tactile knobs and dials that do everything you need a camera to do. I always prefer dials over screens, not only because I'm a bit of a hipster, but because dials let you see your camera's current settings, even when the power is off. The N2020 is around the same size as a Nikon FM or FE, but with a nice little added grip that makes handling the camera a bit more comfortable.
The auto-focus works fine for still subjects, but has difficulty tracking moving subjects. AF works like any modern camera: half-press the shutter release to focus, full-press to make an exposure. There's only one AF point in the center of the focusing screen, and it's pretty big, so it can be difficult to tell the camera exactly where you need to focus. Luckily, the screen is big, bright and sharp, so manual focus is easy to pull off if the AF gives you trouble. The default screen is all matte, but you can buy ones that have focusing assists, like a microprism or split-prism screen. 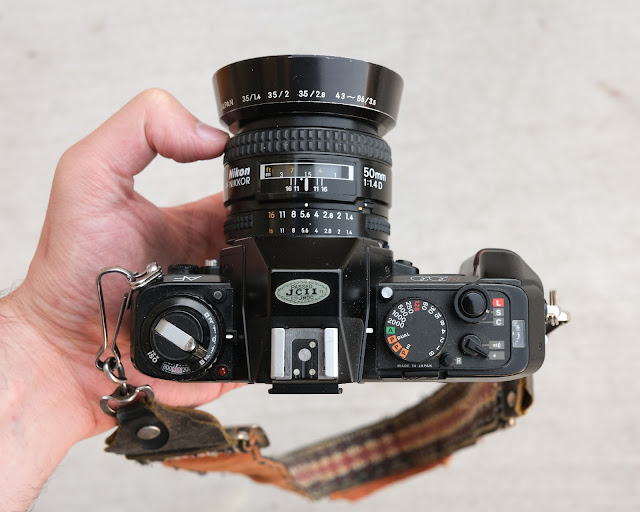 The shutter goes from 1 second to 1/2000, plus bulb. Aperture priority mode is also available, which I used for pretty much the entire roll that I shot. I think there's also a program mode, but I don't bother with that crap. Exposure compensation ranges from +2 to -2 EV. Film sensitivity can be set between 12 and 3200 ISO, or automatically via the DX mode. Unfortunately, there is no way to perform multiple exposures with the N2020, which surprises me, because this is supposed to be a semi-professional camera. Lame. The film advances automatically after every exposure, whether you want it to or not. If you set the exposure mode to "C," the camera will continuously make exposures for as long as you hold down the release, at the blazing speed of 1.7 frames per second. Somewhat hilariously, despite all the automatic features of the N2020, film rewind is still done manually via a traditional crank.
The N2020 is powered by four AAA batteries, which are inserted by removing the bottom plate of the camera. In my experience, AAA batteries like to bleed and cause massive corrosive damage. Every N2020 I came across before this one (at flea markets, estate sales, etc) were inoperable because of battery compartment damage. So, be careful when buying this camera used, and make sure to take the batteries out of your N2020 if you're not gonna use it for a while.
Below are some photographs I made with my N2020 while on a walk with my wife and her sister. I used a 50mm f/1.4 D lens and Ilford HP5+ film. 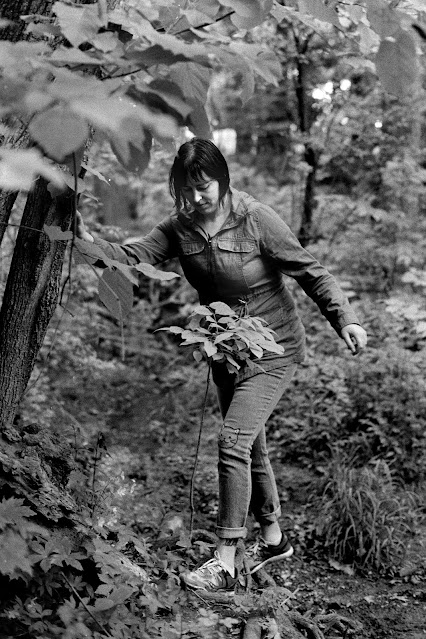 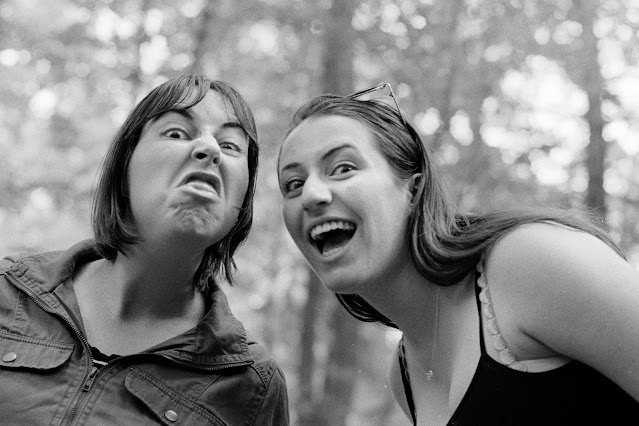 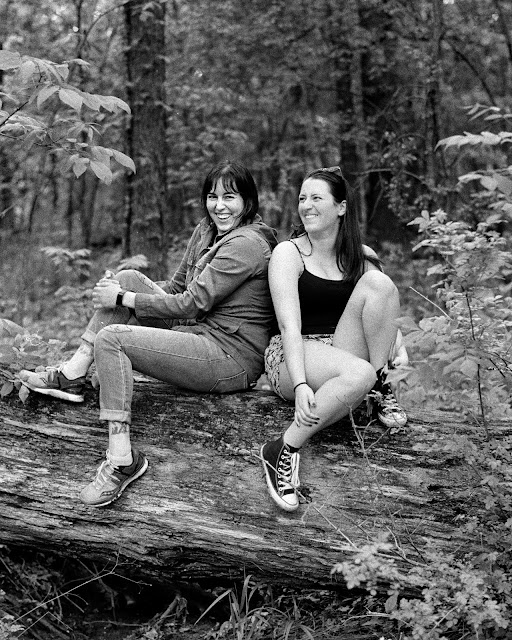 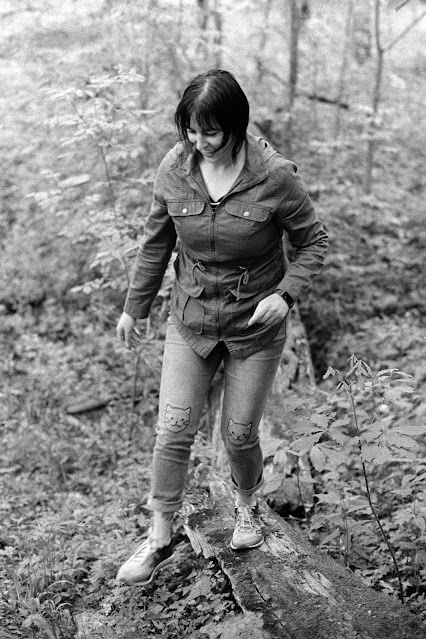 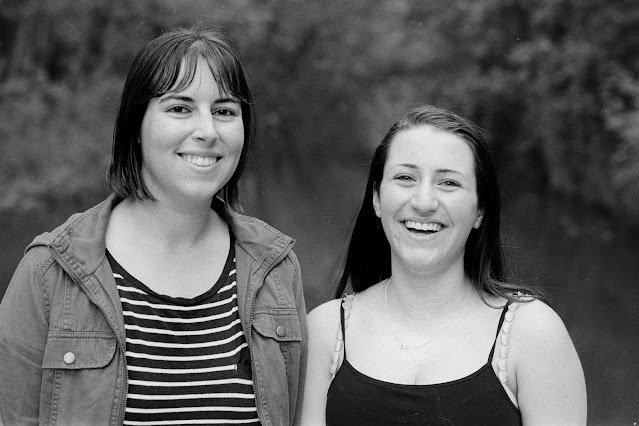 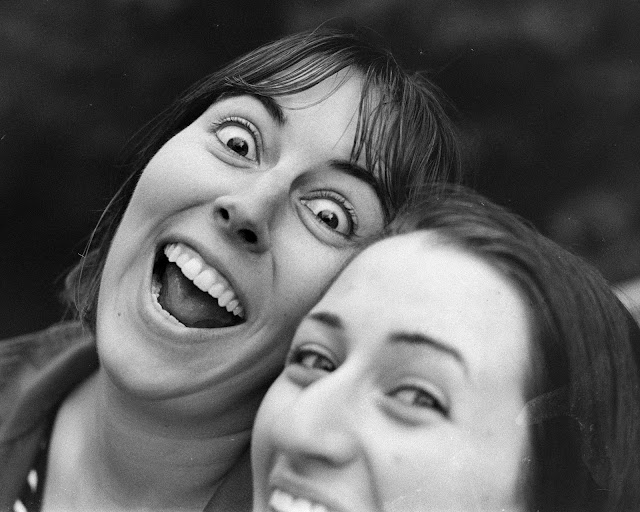 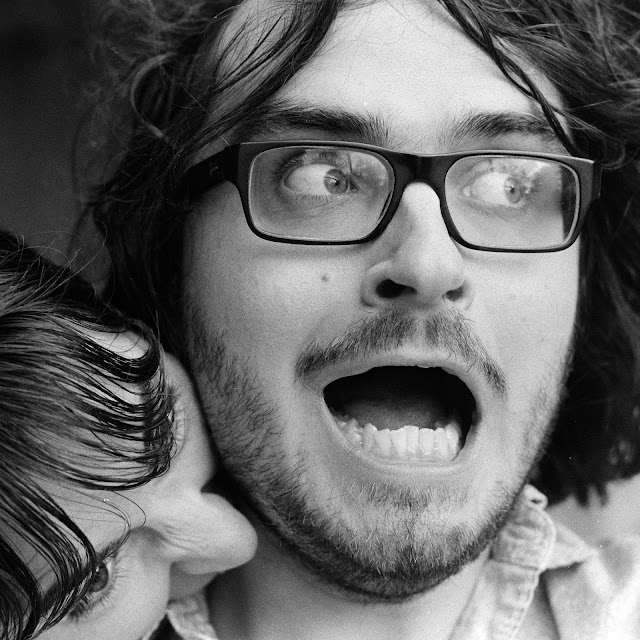 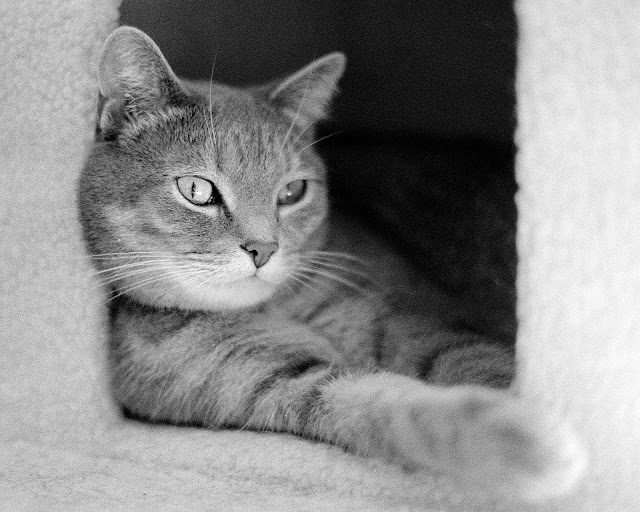