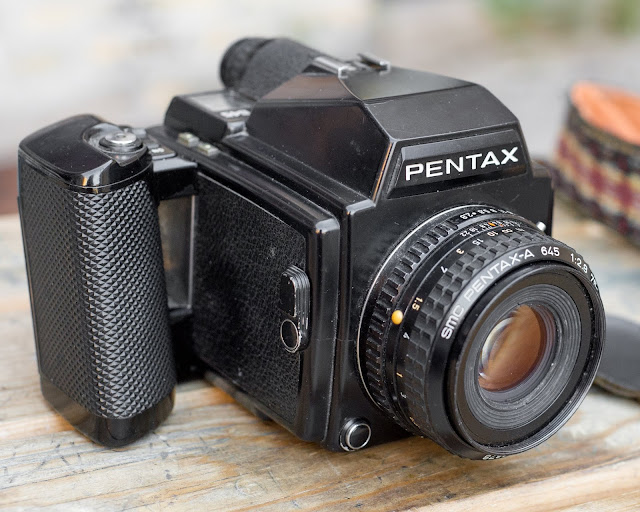 The Pentax 645 is a medium format SLR from 1984. It has a battery operated shutter that requires six (!) AA batteries. I was excited to test out this camera, as it's the first dedicated 645 format camera I've ever owned. For those who don't know, "645" translates to 6cm x 4.5cm, which is roughly the size of the negative you get on a roll of 120 or 220 film.

In the past, I shied away from 645 systems. I felt that if I wanted to go medium format, I should get the maximum amount of quality and use a 6x6 or 6x7 format camera. I was being silly. Though you do lose a bit of quality due to the smaller negative, a 645 negative is still nearly 3 times larger than a 35mm negative. The Pentax 645 is also way less of a pain to use than a cumbersome 6x6 TLR or a bulky 6x7 camera like the Pentax 6x7. Another added bonus of the 645 format is that you get 15 frames on a roll of 120, rather than the 12 on a 6x6 or 10 on a 6x7. The shooting experience feels very 35mm-esque, with only a slightly heavier build. 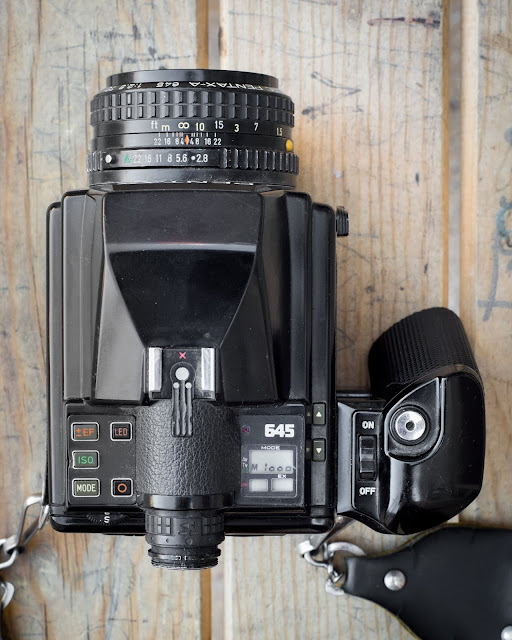 Like the Nikon F4, the Pentax 645 is one of those 80's cameras that appears hideous in photographs, but is beautiful to look at and a pleasure to hold in-person.

Ergonomics are excellent. The angled grip is comfy and balances the camera perfectly in my grasp. Shooting at eye-level feels great, which is good, because the prism is not removable. I've heard people complain on the internet that the Pentax 645 has a dark viewfinder, but I found the opposite to be true. The finder is huge and bright with the standard 75mm f/2.8 lens attached. I was pleasantly surprised! The split-image/microprism screen makes focusing super easy and quick. Both the digital displays in the finder and on the body are easy to read in all lighting conditions and intuitive to use. Though I usually hate using cameras with removable film magazines, loading film on the Pentax 645 is pretty simple and hard to screw up.

Features are pretty standard for an electronic 80's camera. The shutter goes from 15 seconds to 1/1000th, plus bulb. In manual exposure mode, shutter speeds are changed with the little arrow keys on top of the camera. In addition to manual mode, aperture priority, shutter priority, and program modes are available. To access these automatic modes, you must first switch the aperture on the lens to the "A" setting. Film winding is automatic after each exposure. You can cancel the automatic winding and do multiple exposures by twisting a recessed knob on the side of the camera. With the continuous exposure mode, you can rattle off a cool 2 frames per second. 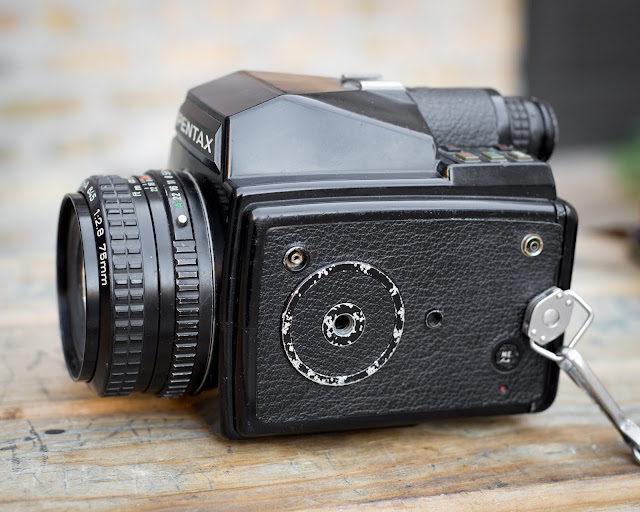 One feature curiously absent on the Pentax 645 is that of a self-timer. Kind of a strange omission, but the release can be activated by a traditional cable release, so it's not really a big deal. I also don't think there's a mirror lock-up mode, which makes me think this camera may not be ideal for precision tripod work. That being said, the camera does have two tripod mounts!

One annoyance with the camera is how it only takes proprietary detachable strap lugs. If you don't have a pair of these Pentax lugs, it's impossible to attach a strap to the camera. Mine came without lugs, and I thought I was SOL, but then I realized the detachable lugs from my Pentax 6x7 fit on the camera perfectly.  Life's kinda cool sometimes.

All in all I'm really diggin' the Pentax 645. Here are the results from my first outing with the camera. Katie and I discovered a nearby nature preserve we'd never been to before. I used Kodak TMax 400 film. 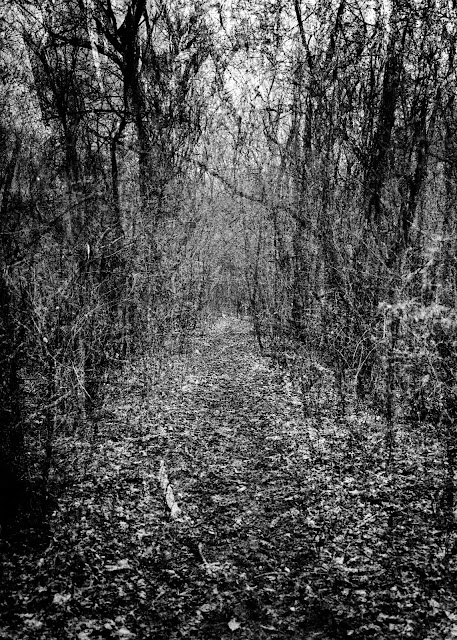 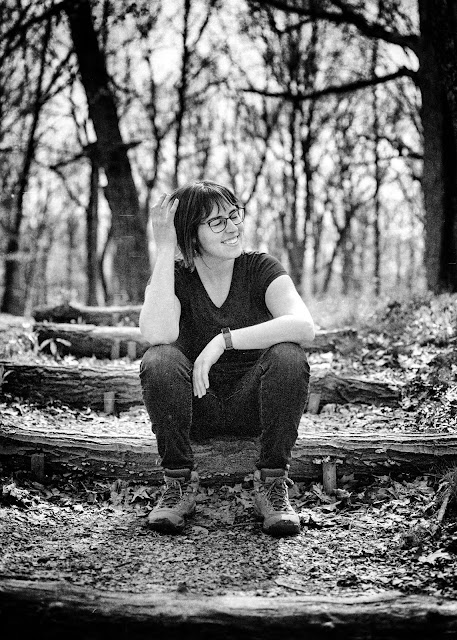 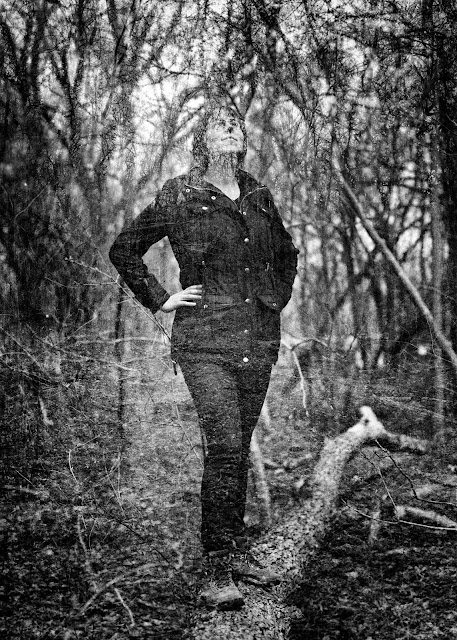 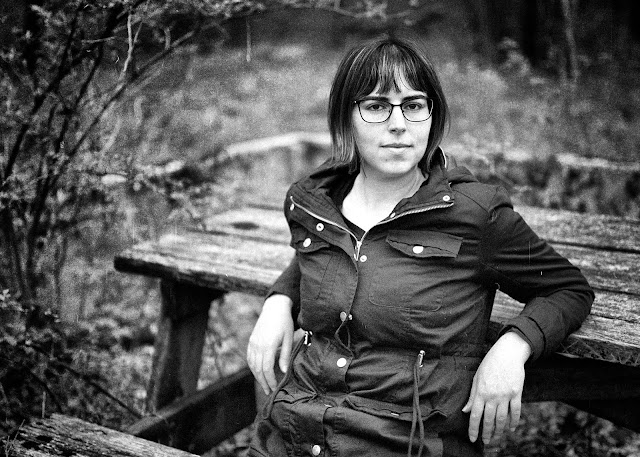 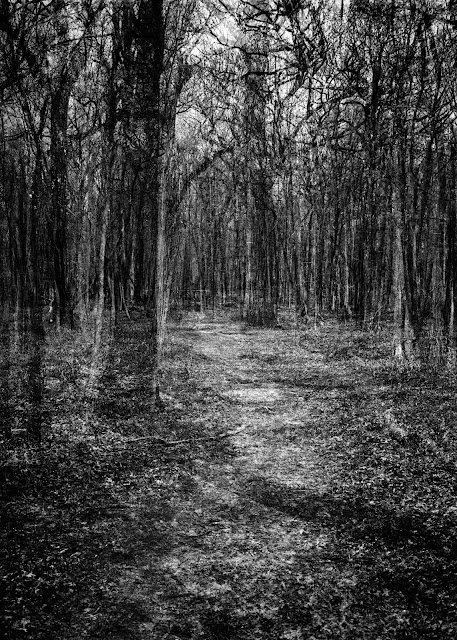 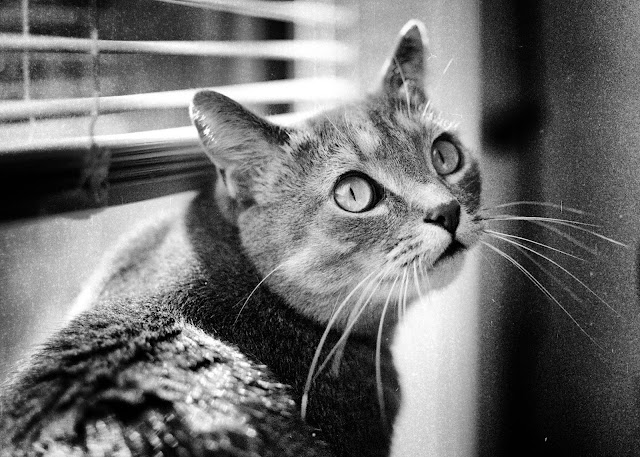