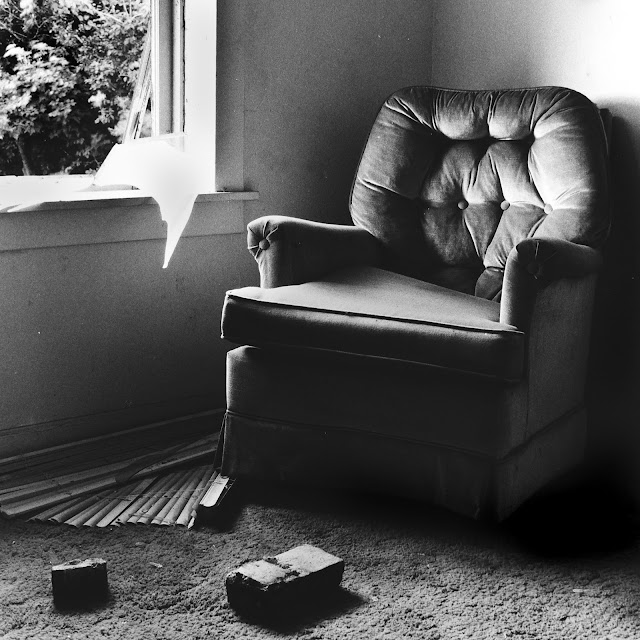 "Old", "Dilapidated", and "Abandoned" are not usually words anyone would associate with The Glen, a housing development in Glenview, Illinois. Most of the houses there have all been built within the last twenty years, and look near-identical. However, The Glen was a Naval Air Base from the mid 1940's until the early 1990's, and there are some structures that still remain from that period in time. This house is one of them. It had been boarded up for a while, and I always noticed it while on the way to The Glen.

Almost a month ago, a fence was erected around the house and a construction crew began to tear the old house down. The entire back wall was been ripped off, leaving the doors and windows open. I decided to seize the opportunity, and snuck around the fence and into the house on a Sunday afternoon when the construction crew was not present. Unfortunately, someone saw me and called the cops. But, before the police came, I had enough time to take this photo of a chair, the lone piece of furniture left in what I assume used to be a bedroom. Luckily, I was only given a warning about trespassing and was not arrested or fined.