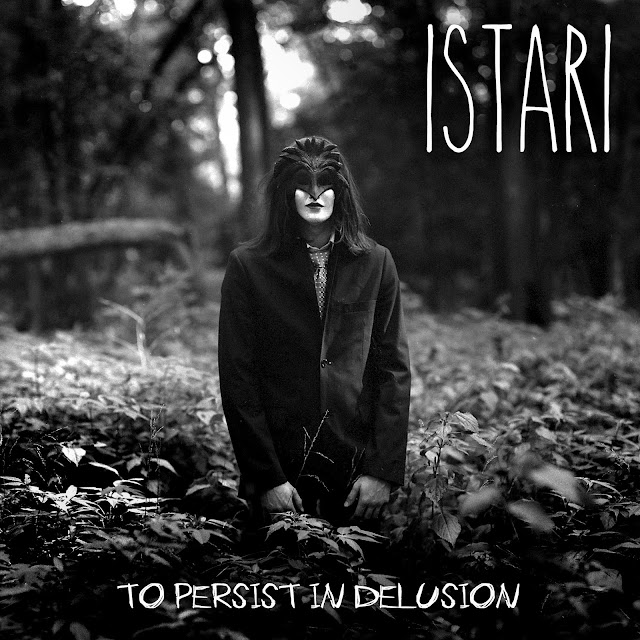 My future brother-in-law, Aaron, is a musician, and has a solo project called "Istari" (It's an obscure Lord of the Rings reference). For the past three summers, he's made an album, and I've done the cover art. "To Persist in Delusion" is the name of his latest album, and this idea popped into my head right away. I wanted to do convey a dream, or some sort of weird alternate dimension; a weird f***ed up reality someone "delusional" would imagine himself in.

To achieve this, Aaron and I bought the strangest mask we could find off of Etsy. It was created to be wall-mounted, and was ceramic, so I had to gorilla tape/glue a wire onto the back (which worked with limited success...). I used my Pentax 6x7 with a 105mm lens, and Ilford Delta 400 film. I hand-held the camera at the 105mm's widest aperture (f 2.4), which was not an easy task, seeing that the 6x7 weighs over 6 pounds, and the depth of field at f 2.4 is just about paper thin. Overall I'm happy with how the shot turned out. Doing creepy stuff in the woods is always fun.

Thanks for looking!
Posted by Brennan at 9:32 PM